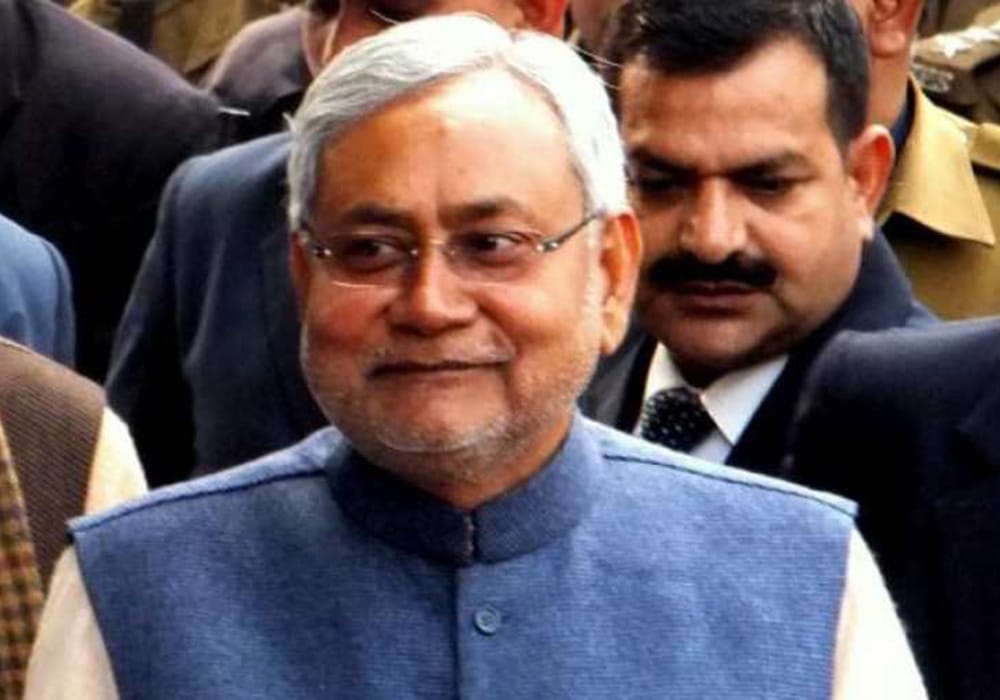 The Confederation of Indian Alcoholic Beverage Companies (CIABC), an apex body of the alcoholic beverage industry, has urged Bihar Chief Minister Nitish Kumar to allow liquor trade in the state in a “controlled and responsible manner”.

The Bihar government had on April 5, 2016, banned the manufacture, trade, storage, transportation, sale, consumption of liquor, including Indian Made Foreign Liquor (IMFL), and made it a punishable offence for those violating the Bihar Prohibition and Excise Act 2016 which was amended in 2018.

The confederation- whose members include most major Indian companies which manufacture and market their product range in India and abroad- has written a letter to the CM urging him to permit liquor trade in the state.

The letter was written by Confederations Director-General Vinod Giri also urged the CM to allow the opening of liquor shops in urban areas (municipal bodies) besides permitting on-line sales/ home deliveries like many other states are doing.

It was also requested the state government to allow the sale of liquor products only above a price point to ensure only those who have means can buy it, Giri said while stating that the government should allow state-based alcohol producers to freely produce and export from the state.

“As a responsible Industry Association, we understand and concur with your objective of saving the poor from unwarranted social and economic effects of alcoholism.

“Taking note of Bihar governments stated goals of saving states poor from ill-effects of alcoholism, and at the same time getting necessary tax revenues so vitally needed to fight coronavirus spread,” Giri said in a release on Tuesday.

He came out with a set of recommendations mentioned above for the state government that mainly incorporated the demand to open liquor trade “in a controlled and responsible manner”.

Over the past couple of months, CIABC has led various discourses involving state governments facilitating measures needed in the light of pandemic such as on-line sales, home deliveries etc. the Director-General said.

“If given an opportunity, we would like to work with the Bihar government also to work out a model that earns Bihar vital revenues, and at the same time help achieve the social goals that the state government had set for itself while implementing prohibition,” he added.

As it stands now and is expected to remain in the near future, GST collections are weak and the central government’s ability to provide additional funds to states is much diminished due to its own requirements.

In that case taxes from alcohol will be one significant revenue in state governments control and something that state vitally needs to run itself and fight the pandemic, said Giri, who hails from Bihar.

Stating that excise revenues are a vital part of the governments’ own tax generation accounting for 10-30 percent of revenues for most states, he said “I am pained to point out that Bihar is missing out on this easily accessible source of funds on account of prohibition”.

GST devolutions are expected to be less and delayed.

Hence it makes sense for the government to take recourse to the tax revenues on alcohol by permitting liquor trade.

“We estimate taxes on alcohol in Bihar to be in the range of Rs 7000-8000 crores annually.

That could make all the difference in the fight against Corona, the Confederation’s Director-General said.

It, however, noted that prohibition had resulted in creating awareness about abuse of alcohol, significantly reduced alcohol dependence amongst poor, and drastically brought down drunken behaviour in public places.

“CIABC would help the state earn vital revenue without compromising on the noble social goals you (state govt) had set out while implementing prohibition”, Giri said.