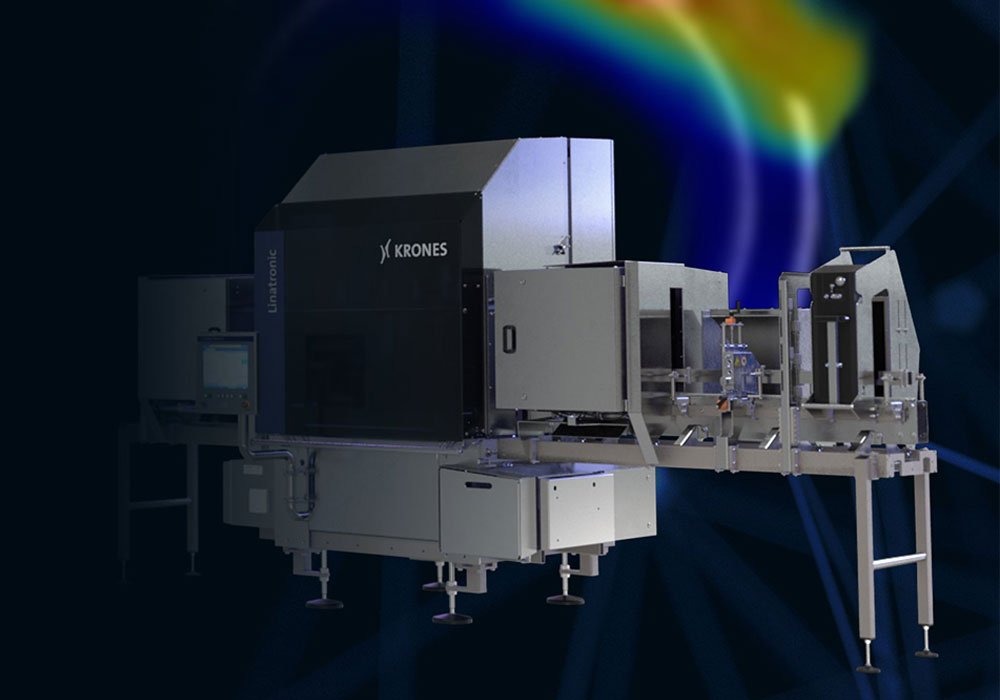 Anyone who works with empty bottle inspectors knows that not every bottle that the inspector rejects actually has a defect. In most cases, it might simply be water droplets or a bit of foam still clinging to the bottle after cleaning. Since conventional systems can’t always distinguish these from contaminants or damage with 100 percent certainty, they tend to err on the side of caution and reject the container. As a result, in every production shift, countless perfectly usable bottles land in the trash, never to be seen again.

To change that, Krones has taken the evolution of its inspection technology to the next level. The new Linatronic AI employs deep learning software to automatically detect and classify anomalies, making it much smarter and more efficient than its conventional peers.

Deep learning is a technology that enables machines to do what we humans do naturally: learn from example. But there is one big difference: a machine can use this ability many times more efficiently than humans can.

The foundation for deep learning is an artificial neural network (ANN). The ANN can be described as a complex system of multiple consecutive filters. The images captured during the inspection process are fed through these filter layers, one after the other. Each layer extracts a different characteristic of the image. Since one filter’s output becomes the input for the subsequent filter, the complexity of an image’s characteristics can be increased almost infinitely. The chain ranges from simply identifying dark or light pixels all the way to classifying very specific objects such as water droplets.

To ensure that the Linatronic AI applies these filters with the necessary precision in practice, it is trained ahead of time with pre-classified example images. In this way, its neural network learns to filter out and interpret the relevant image characteristics. The same is true for machines that is true for us humans: the more intensively you train, the better the results.

Therefore, the Linatronic AI’s neural network was continually fine-tuned using thousands of example images until it could accurately distinguish water droplets from other anomalies – with a reliability rate of over 99.9 percent.

As a result, the waste of material due to false rejects is no longer an issue. The time-consuming process of configuring the inspector during commissioning is also a thing of the past. The neural network doesn’t require manual calibration to local conditions. Instead, the Linatronic AI is delivered fully trained and ready to start work.