An Immortal Style of Beer 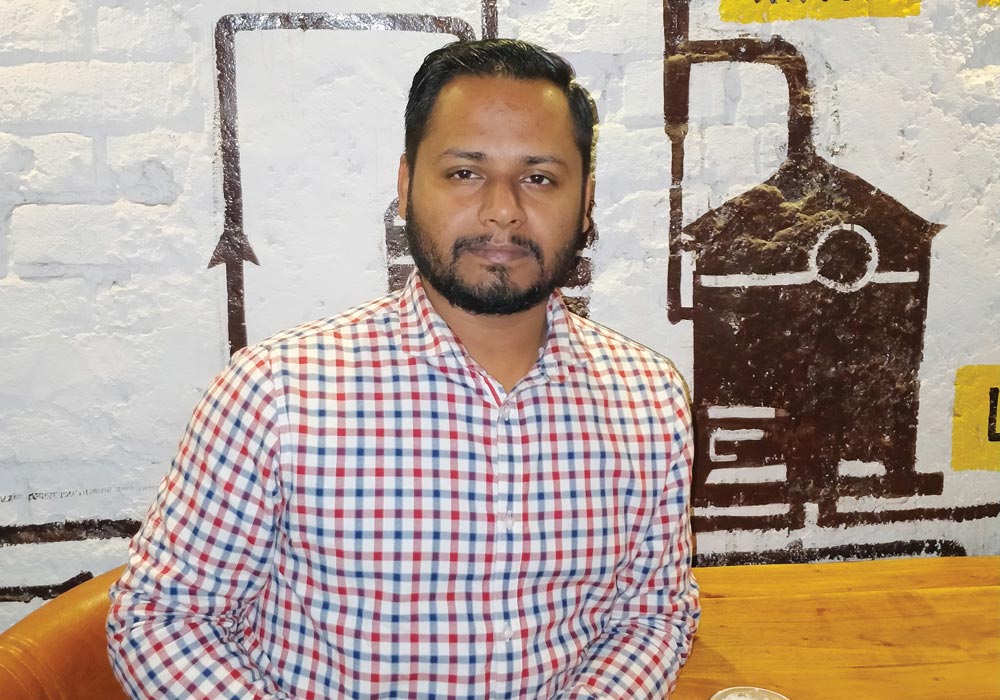 When you hear “Sour” the things that pop up in the mind are lemon or sour cream or fermented products like vinegar etc. but never really sour beer! Something must have gone wrong with it, that’s the thought that might come when someone tells you about it. Believe it or not those who try it first time might have the same perception, but curiosity calls them back in no time.

A good sour beer is one of the most difficult beers to make. Getting the acidity right along with combined malty, nutty, salty, spicy or fruity profile of these beers is not an easy feat. But once done right, it is one of the most exciting and law-breaking styles of beer. Although these beers have been available since ages, probably all beers brewed before early 19th century were sour to some extent, but they do not qualify as sour beer. Probably due to the lack of microbial understandability, & brewing and fermentation techniques used at those times may be a cause for this. So, it is not new to have it in your beer collection or on tap in your favorite pub.

Understanding general criteria, and the techniques of brewing and fermentation have made this category of beer a new favourite style nowadays. Before we understand modern era sour beer, which is more controlled in terms of process, we need to understand history of this category, and techniques used at those times to make these beers.

Sour beers are considered as the forefathers of many modern beers. In early days when refrigeration was not invented, beers used to be cooled overnight in big copper vats also known as cool ships. When brewer use to open the vent for cooling the wort, most of the wild microorganisms, which add those funky flavours to the beer, were also introduced to it. Assuming the wort used to be kept in these ships overnight and then sent for fermentation in fermenters where they matured for more than a year.

As refrigeration and pasteurization technologies evolved and became more prevalent in the mid-19th century, sour beers virtually disappeared as lagers and ales came into prominence. Since the 1970s, however, sours have become increasingly popular among beer drinkers around the world.

There are six primary forms of sour beers.

As name suggests, it is “wild ale” with no categorization or definition. Wild bacteria and yeast do the job of souring this beer, so same beer usually tastes completely different from previous batch. This inconsistent beer may taste exciting like there is no tomorrow or it could be disappointment too by treating both the batches with same brewing, fermentation, or maturation parameters. It may taste like mild fruits (e.g., apricot) or it may taste a little like wine. 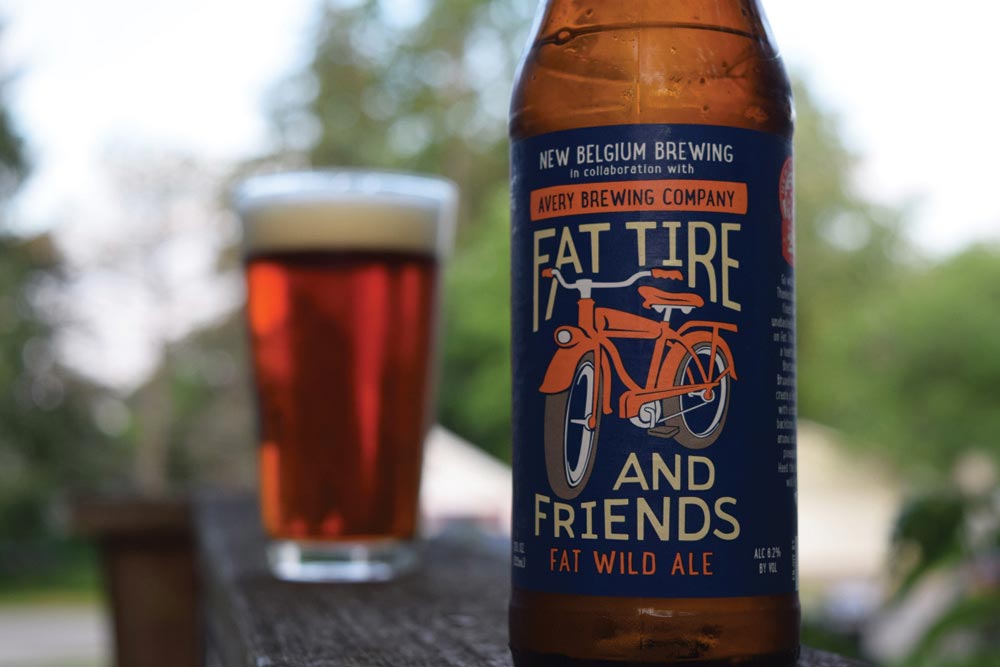 ABV: Depends on imagination of brewer.
IBU: No specific IBUs
Colour: Not specified

This beer is among the better-known versions of sours. It is made with Lactobacillus, which turns sugars into lactic acid, providing the sour flavour. These are often low in alcohol and are sometimes served with flavoured syrups to offset the sour.

Colour: Pale straw (if not infused with fruit spices etc. or not barrel aged).

A descendant of English porter, this beer is fermented with typical brewer’s yeast then aged in oak barrels with souring culture, and then blended with younger beer. This beer relies heavily on Acetobacter, which produces acetic acid and a piercing acidity in the presence of oxygen. 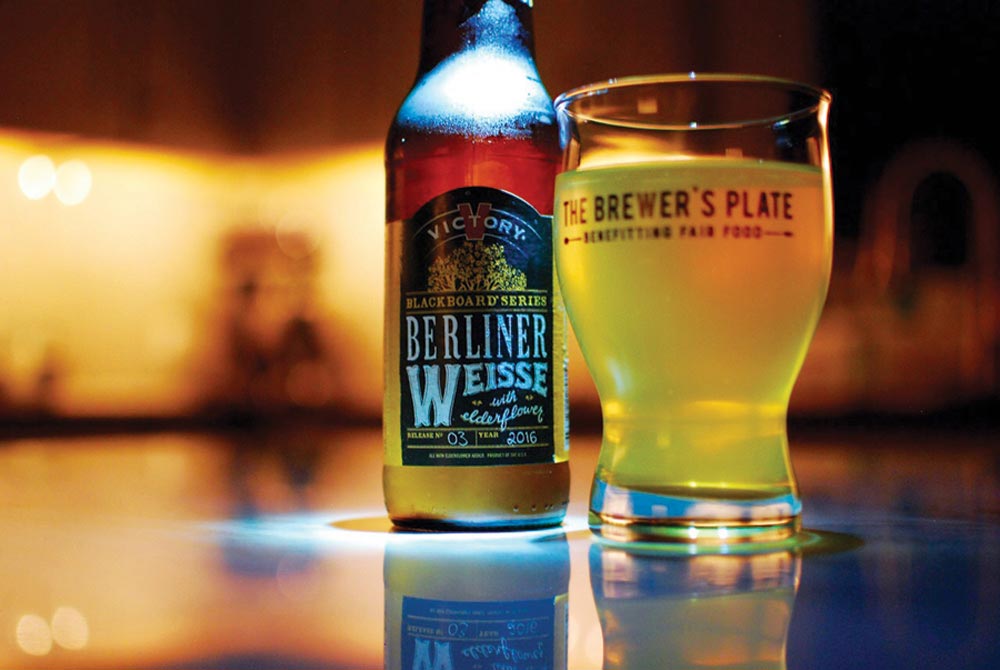 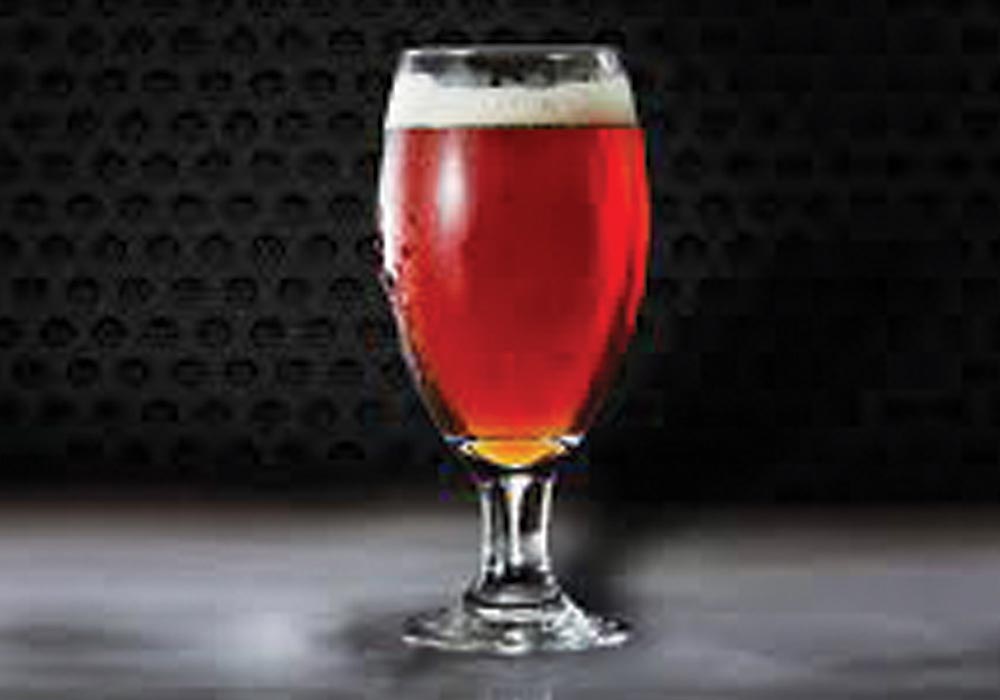 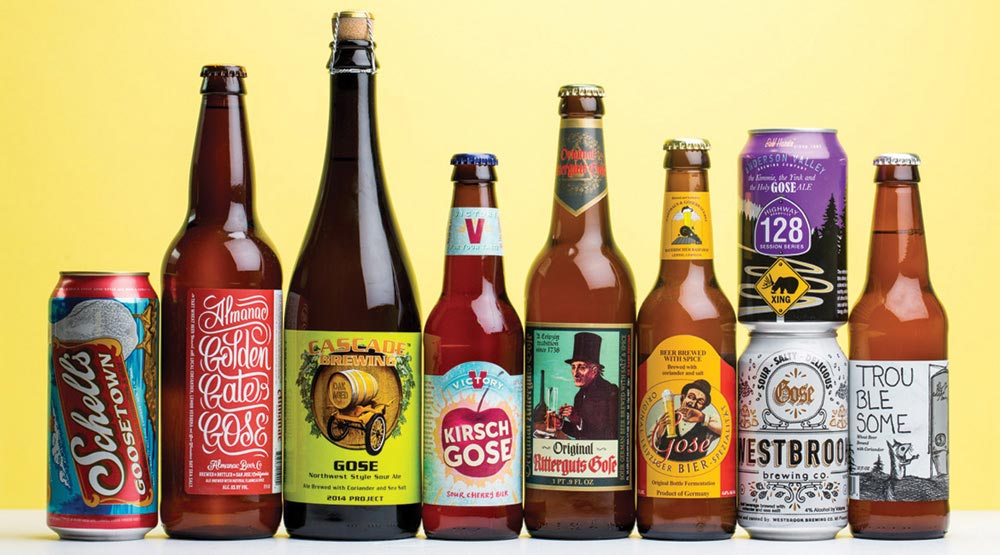 A very highly carbonated, refreshing beer that has a lot of bright flavours. The name comes from its place of origin (Goslar, Germany). Brewers use the addition of coriander and salt for its unique flavor. 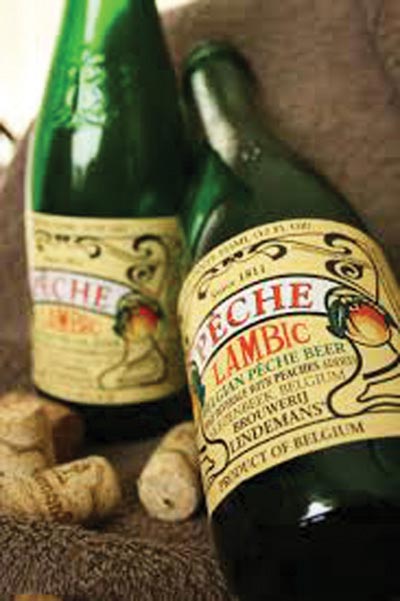 True lambic beer is the beer referred to earlier, hoisted to the ceilings of Belgian monasteries. It is usually blended from various batches and infused with fruit.

There are two general methods by which sour beers are produced. These are:

Kettle Souring
In kettle souring, unhopped (I prefer) or lightly hopped wort is infused with pure souring cultures of lactic acid bacteria (LAB) at 40-48°C. These temperatures are best for LAB growth as they remain heathy in this temperature range. These LAB will do their job and start souring the wort to required pH. Usually it takes approximately 24 hours but may go up to 48 hours depending on type of strain, temperature fluctuation, agitation, number of cells in culture nutrients; also hopped wort will take a bit more time because of antibacterial and bacteriostatic property of hops which has inhibition mechanism for bacterial growth (reminds me creation of IPA!!). Few other parameters may also influence activity of LAB. Once desired pH is achieved, sour wort is ultimately boiled second time to kill all LAB and at this boil, hops can be introduced for bittering purpose. This keeps a tight control over the process and also souring can be stopped as per required pH by simply boiling. After soured wort is transferred in fermentation vessel, brewing yeast is introduced for doing rest of the job. This technique is more rapid, less time consuming and works as per requirement. Although kettle souring is most modern and convenient way of souring wort but this method has some disadvantages also. For example, with beer approximately 24-48 hours in kettle, it takes a bit of production capacity of brewery, so usually this beer mostly becomes weekend brew. After second boil of sour wort, all volatile flavors that add to the depth and character of beer are driven off. To come over this issue, a lot of brewers do barrel aging or infusion with fruits, spices, and other ingredients to add some additional characters and depth to the beer.

Another way of souring is by mix culture fermentation. This method is more traditional, and it also gives a lot more complexity and nuanced character to the beer which is not possible from kettle sour technique. Here wort is produced in a traditional way and lightly hoped wort is inoculated with brewing yeast to finish primary fermentation. After fermentation is finished, barrel aging is introduced and at this point LAB and Brettanomyces spp. can be added to induce souring. If the LAB is added during primary stage, souring begins during fermentation. Once the fermentation is completed, these beers are mostly kept for barrel aging for months or for years until the beer gets desired complex flavor of sour beer. This traditional souring technique produces more flavorful beer, but it does have few disadvantages too. Time taken from wort production till final beer may be from 2 months to a year or two and it requires huge space for stacking the barrels for aging.

One of the most recent way that is still under trial and test phase is fermentation with heterofermentative yeast. As typical yeast these yeast species are hop tolerant. In comparison to other LAB and Brettanomyces spp., they are more flocculent, produce more fruity flavors, lactic tartness and produce more aromatic substances which is almost impossible to achieve in kettle souring. Typical fermentation cycle is from 2 to 4 weeks so less utility will be involved which means more beer can be produced with a lot less time (as suggested in some lab-grade test studies). These beers can still be barrel aged and infused with spices, fruits and herbs etc.

So conquer your fears of a Sour Beer, and let’s get brewing!