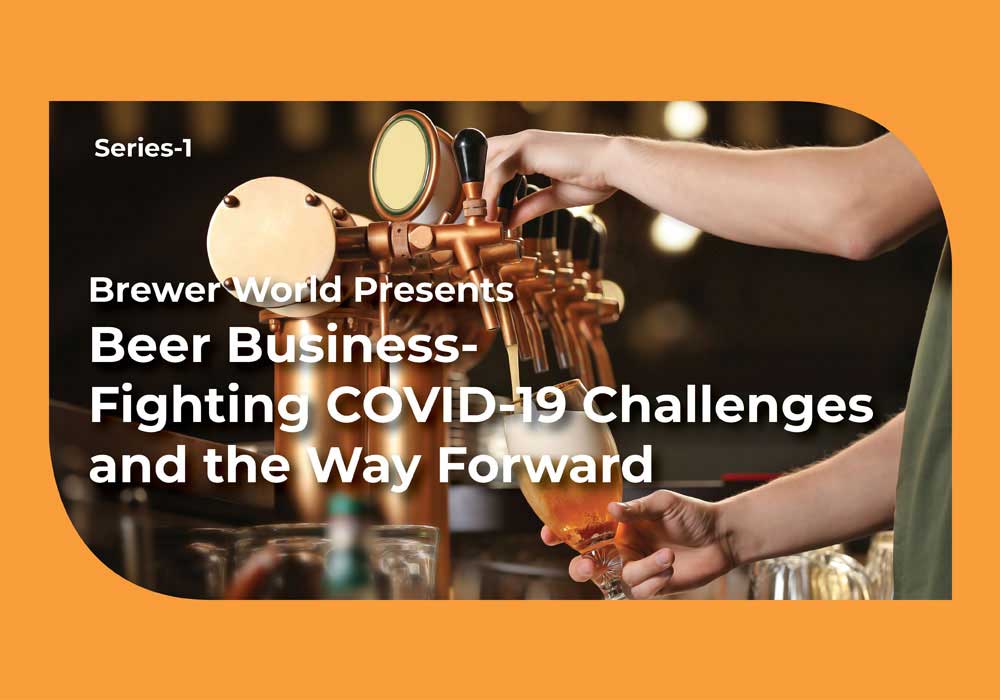 Brewer World conducted its first-ever webinar series on Friday, 24th April, to discuss the threats to the Indian beer business, brought on by the COVID-19 lockdown.

Hosted by co-founder and managing director, Anitha Raghunath – the webinar was moderated by Ishan Grover, brewer and founder at Kadak beers. The one-hour session also featured 7 renowned names from the industry who were invited as panelists. These were:

Ishan reiterated that the COVID-19 pandemic has thrown Indian beer business owners into an uncertain future. He longingly talked about how he was supposed to be in the US for the Craft Beer Conference, where Kadak was supposed to be judged at the World Beer Cup. But the main issue on the table was, of course, the COVID-19 situation and how breweries pan- India are holding up. The discussion launched and guided by carefully handpicked questions aimed at each panelist. With 452 registrations and over 350 attendees, the webinar was a grand success.

Here’s a round-up of the 5 important things that the panelists said they need from the Government to get past these tough COVID-19 times. 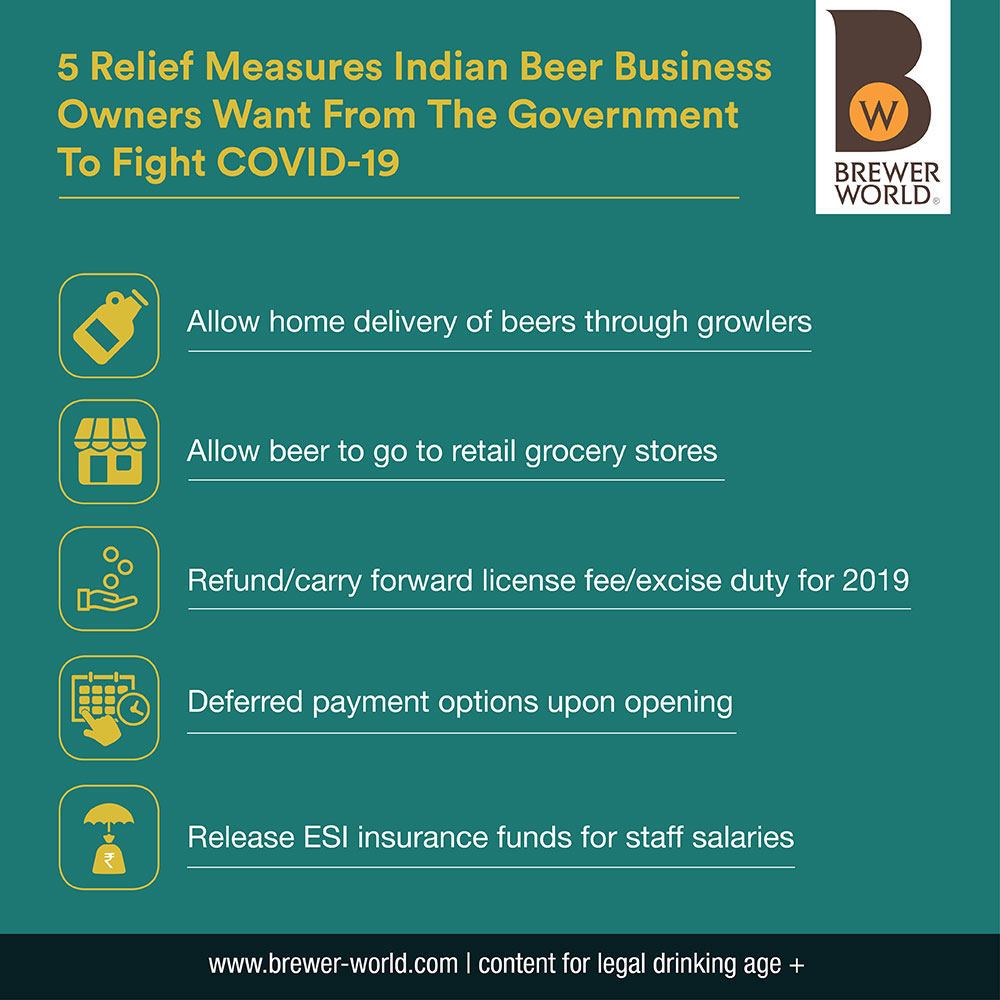 Missed our webinar? Scroll down for details on who said what! 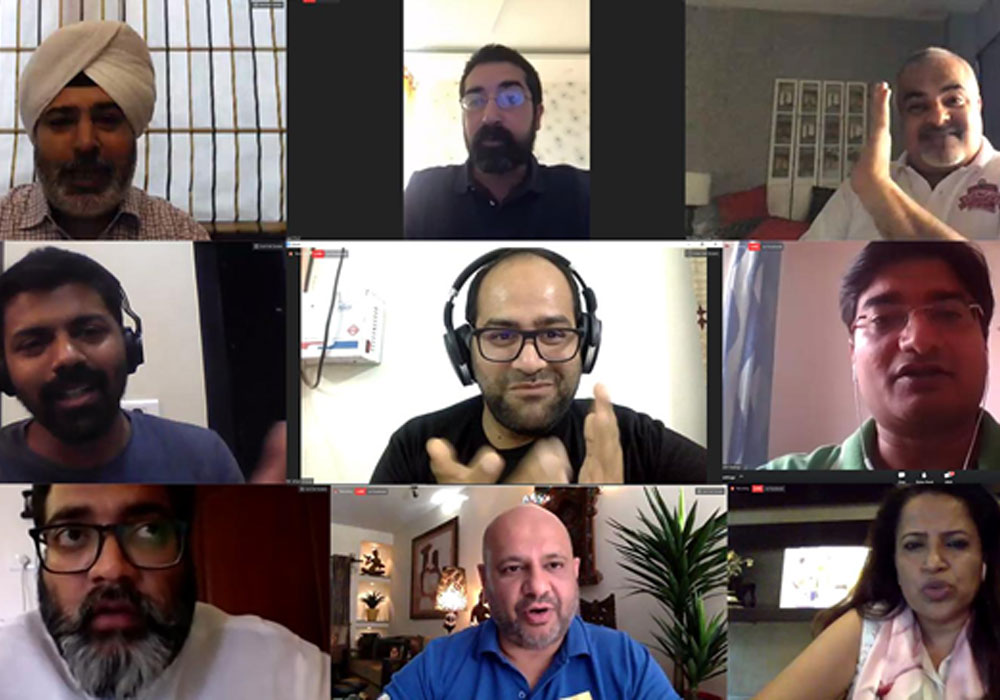 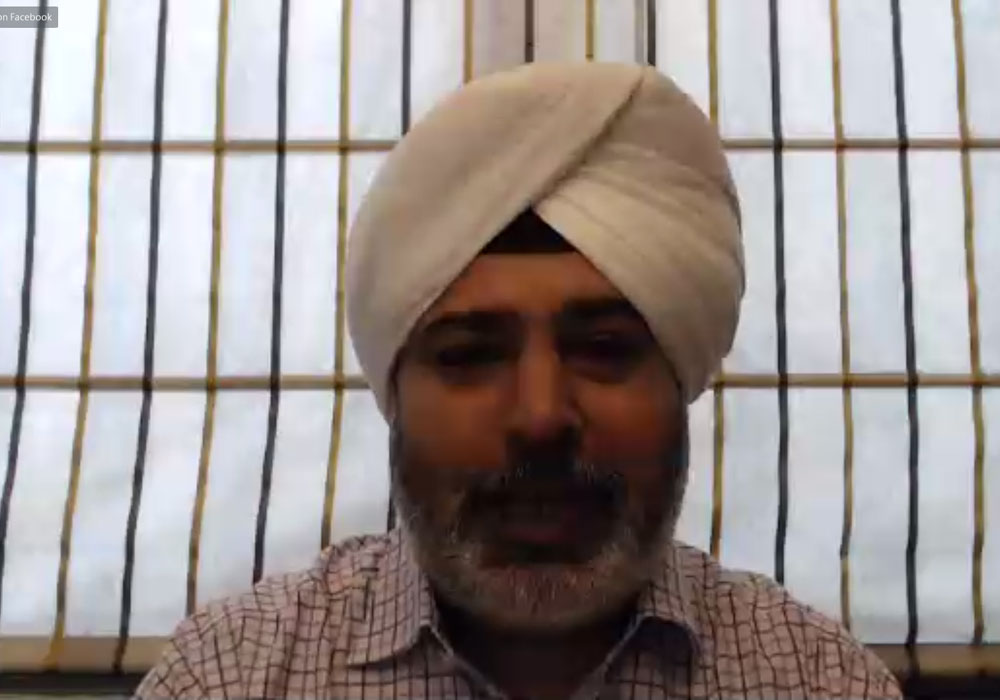 “The FSSAI classifies beer as a food product. While the excise should tax us, the excise should also liberate us by allowing beer to be sold in non-licensed liquor outlets. Which means grocery stores should also be allowed to sell beer. Of course, it can be done in moderation, you can have protocols in place like alcohol percentage be capped at 3 percent, they should be milder forms of beer, but we should be beyond the clutches of excise as far as retailing is concerned.

If this happens, I guarantee we can go to 1 million outlets and see a revolution. It will be a boon for the industry.” – Aman Dhall, Hopper Brewery 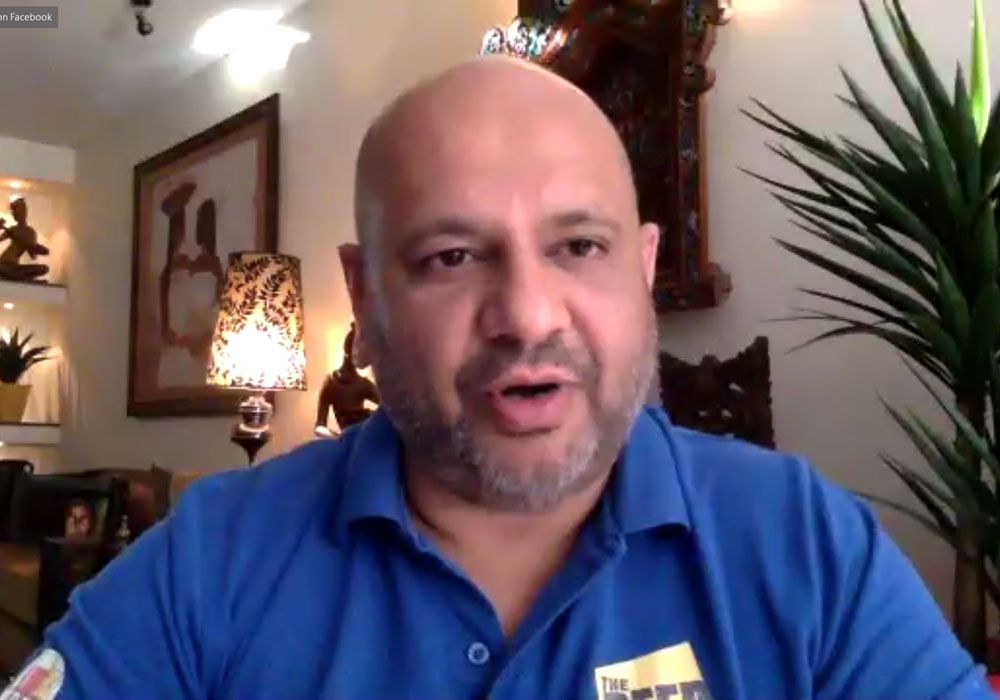 “Anyone who has been covered under ESI has been paying 4 percent for every employee cost per month as ESI insurance. It’s an insurance against any calamity – medical or financial. It’s an insurance scheme and the Government has to pay for it. What about my income tax returns? I’ve paid the license fee for a year, but if for 3 months I’m not going to be using my license, give my money back. There are ways the Government can do it; these are small measures that don’t require heavy-duty thinking. We want labour to be constructively used in these COVID times, otherwise, I can bet there is social unrest coming ahead.” – Rahul Singh, The Beer Cafe 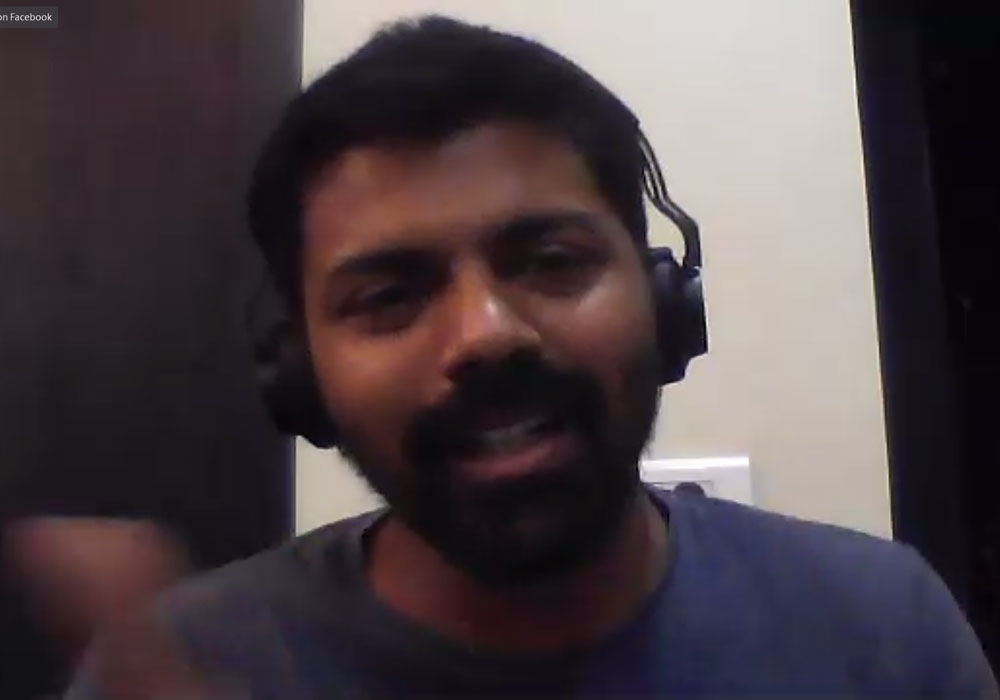 “We are completely dependent on restaurants here in Maharashtra which are currently closed. So we are currently looking at a 6-month period where we won’t see any sales or any cash flow. The only way to ensure that we survive this year is if we have direct access to the customer. And growlers as a concept is nothing new and there are already about 35-40 countries in the world that allow it. I don’t know why they are so against this but our ask here is that they give us this access through home delivery of liquor via growlers so that we can at least survive this year till things get better.” – Nakul Bhonsle, Great State Aleworks 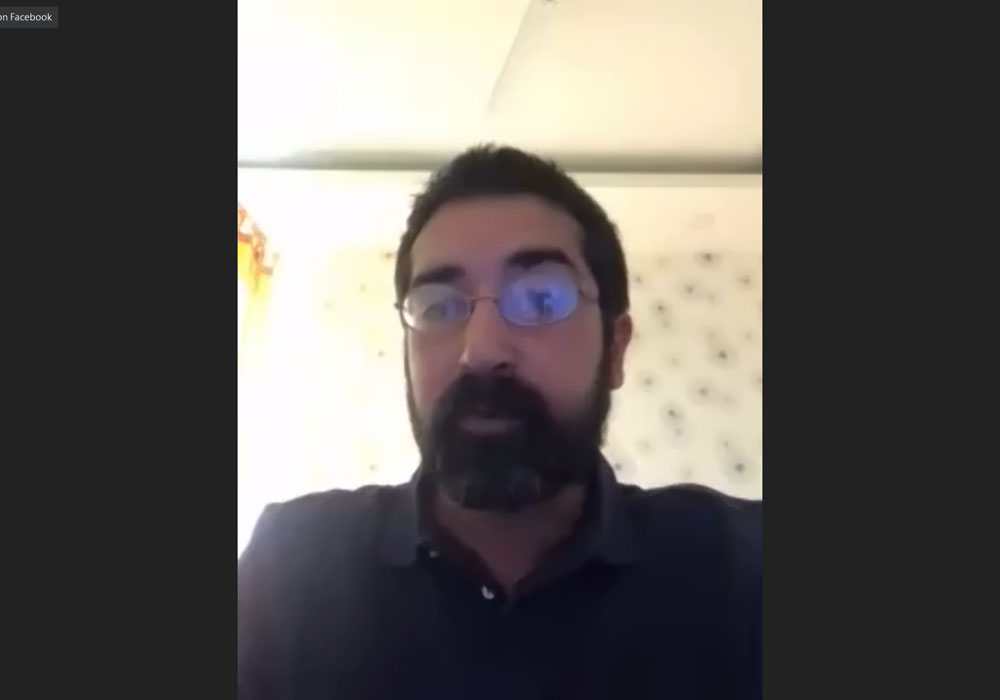 “First and foremost, we are going to have huge issues with expired stocks and we paid duty on all of that. In Delhi and Karnataka the duty is excessively high, very similar to what you have in Maharashtra. Either refund that money or at least offer some kind of concession on the duty we have already paid for our stocks that will inevitably expire. Increasing the size of the universe and allowing alcohol to be sold at more outlets, even in the absence of relief, will provide a certain boost to everyone in the trade.

Also, if we are not working for two or three months then why are they emailing asking us to extend our license fee? To me, that’s totally out of the question; what are we even paying for? No matter what the Government’s stance is or what their view is or rather what the pecking order is of the liquor industry, I think certain concessions will have to be made. Otherwise, it’s going to be a Domino effect.” – Ishaan Puri, White Rhino 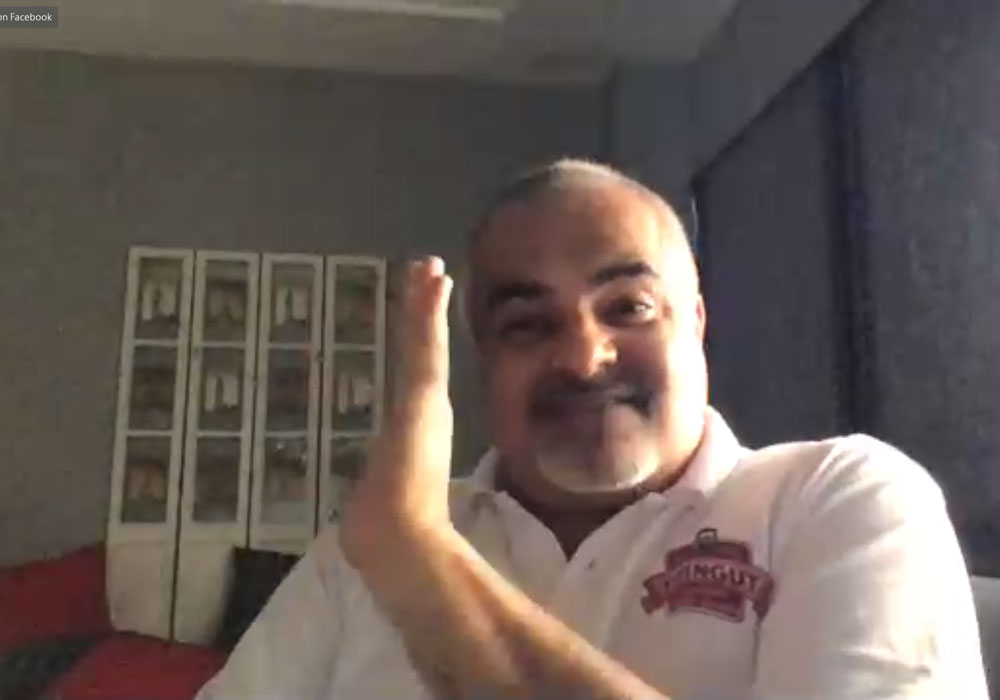 “We are part of a little Excise group on Whatsapp where we have been asked to pay last year’s license fees, but if you pay later you have to pay 15 percent higher. We are dead. We are saying we have prepaid excise but they are pushing this out. The moment we got onto it and raised a red flag we were blocked before we even got a reply. Maybe it was done at a very low level and maybe it wasn’t the Excise minister who was doing it – but that’s the mentality: you have to pay and that’s the end of it. Please Government, listen to us. We have paid you taxes. We have paid you income tax, we have paid you GST in our good times. We have done what we have to do to build this industry. We have paid our pound of flesh. We are now at a point where we need help. So please turn around and help us.”- Manu Gulati, Effingut

Audience questions: Is it a good time for people to start investing in and expanding their business? 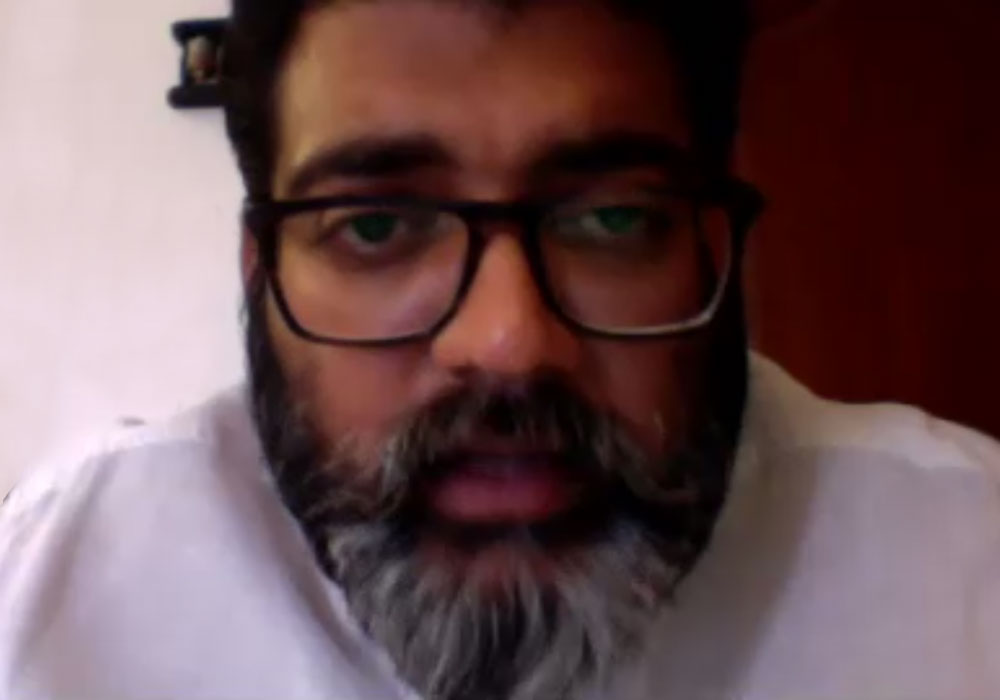 “The Economic depression is here and will at least stay for another 12-24 months and as Rahul said that expecting the Government to give us way too much stimulus is just a dream which I don’t see any time soon coming through. It’s probably just the hope. Two things we can expect: our ESIC and our EDs and AEDs to come back. I think this is not the right time to expand their restaurants and businesses. This is a tough time, the overall market size has come down. The demand apprehension of consumers is going to continue. Where in a micro-market 10,000 people were going, now only 5,000 people will be going. Creating another restaurant option is going to be a very big challenge. The only thing existing restaurants can do right now is to accentuate their positives, and try to re-channelise their negative energy into doing something positive, keep your head above the water and just survive.” – Pravesh Pandey, Byg Brewski

Audience questions: What are some of the steps craft breweries have to take to shift sales from on-premise to off-premise? 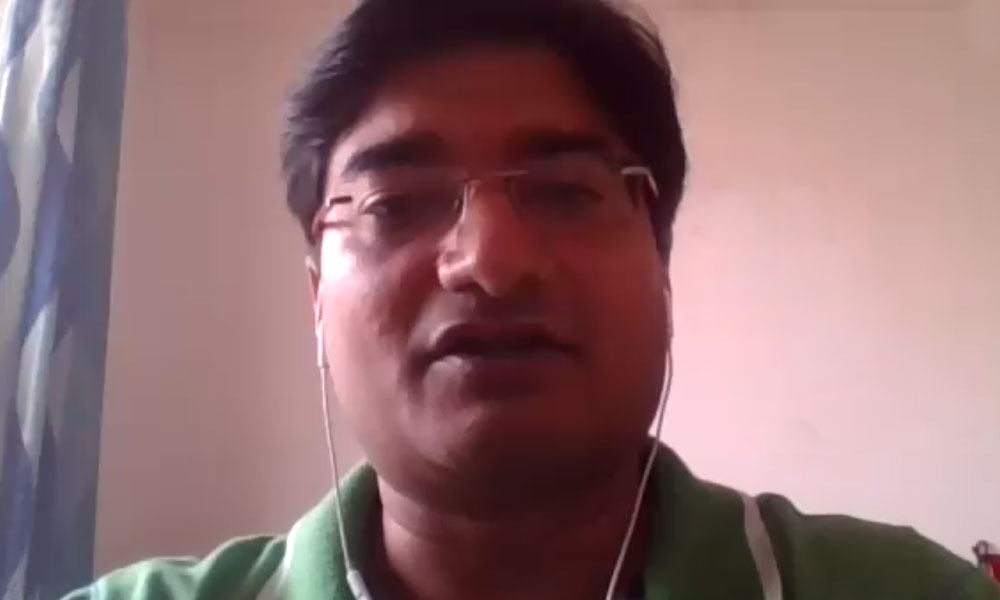 “From an off-trade perspective, it’s about making sure the distribution availability is absolutely top-notch. I think the quality of products and the beer that we’re selling and making available has to be something that each brand owner has to really ensure because there really has been a disruption in the supply chain and you don’t want your consumer to have a bad experience.

From an investment perspective in off-trade, from BrewDog’s perspective, I think we are still very bullish of this market, in fact we were looking to launch 6-8 more beers by April- May; we’ve only launched 3. So when the market opens up, that’s something we want to do. So managing the supply chain and ensuring beer freshness and quality are going to be of paramount importance for us over the next few months.” – Siddharth Rastogi, BrewDog India

“The time has come for people to have a movement now around beer. We’ve been talking about it, we’ve been going to the Government too, but nothing will work unless it comes from bottom-up. It is possible. This is a time for Brewer World and everyone else associated with a true love for beer to create a full-blown, national-level campaign with real people and go to the streets whenever we do open up.” – Rahul Singh, The Beer Café