Home / Ingredients  / LalBrew Voss™ Kveik: A Deep Dive Into The Ancient Yeast From The Land of The Midnight Sun

LalBrew Voss™ Kveik: A Deep Dive Into The Ancient Yeast From The Land of The Midnight Sun 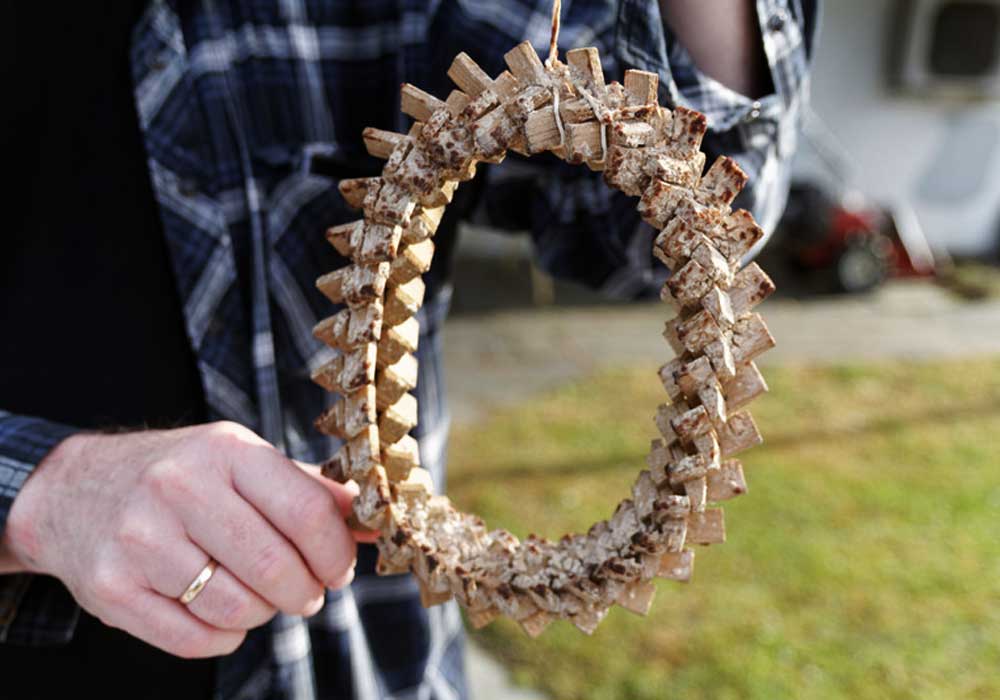 The word Kveik has a dignified meaning which indicates the breath of a new life into something, a very romantic way to symbolise the start of the fermentation that will be taken off by the yeast. In the Norwegian dialect, Kveik, which is pronounced as “kuh-vike”, is indeed a synonym of yeast.

The focus of this article will be to unravel some aspects of the magical world of Kveik, guiding you from a more traditional approach of this topic to the modern applications of it around the world.

When talking about Kveik, we should use the plural: yeasts. Basically, we usually refer to a melting pot of different microbes including different strains of Saccharomyces cerevisiae, even if it is not so unusual to find other microbes such as bacteria and/or non-Saccharomyces yeasts as well. Genetically, all Kveik yeast strains possess distinctive characteristics even if they are related to each other, falling into the same family group.

However, there are some common traits such as, they ferment very fast; they can ferment up to 43°C (109°F); despite very high fermentation temperatures, they don’t show any off-flavours related to phenolic off flavour (POF character) but rather have clean or fairly estery flavour profile; they show a medium-high attenuation (75-85% aa) and have excellent flocculation properties; they have very high alcohol tolerance (13-16% ABV); they are incredibly robust and easy to dry. 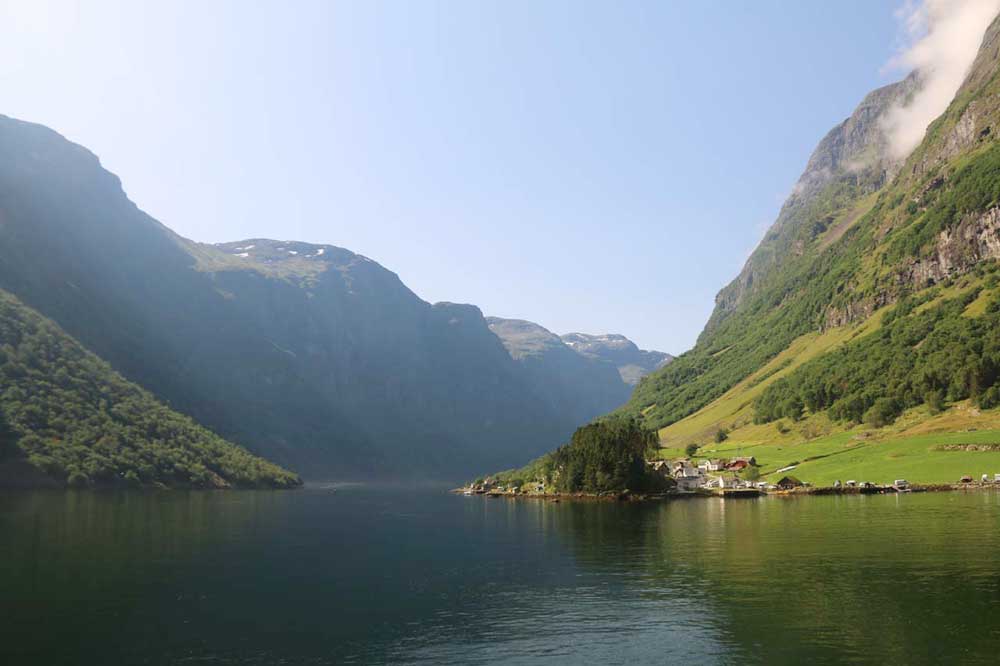 A pool of microorganisms was preserved and handed down by the Norwegian community for centuries up to the present day. This traditional family of yeast has been passed down through generations of farmhouse breweries, particularly from western Norway.

Another interesting aspect of this yeast’s family is how they have been traditionally harvested and stored. Most of the time these yeasts were harvested at the end of the fermentation with a specific tool called “kveikstokk” in Norwegian or simply a yeast log. It is a wooden ring that offers a huge surface to the yeast to grasp on it and be stored in that way, often, after being dried out. For centuries, these unique yeasts have been harvested and dried by the Norwegian community in a very rustic way. This is for sure, one of the reasons for the natural selection of such a robust yeast. 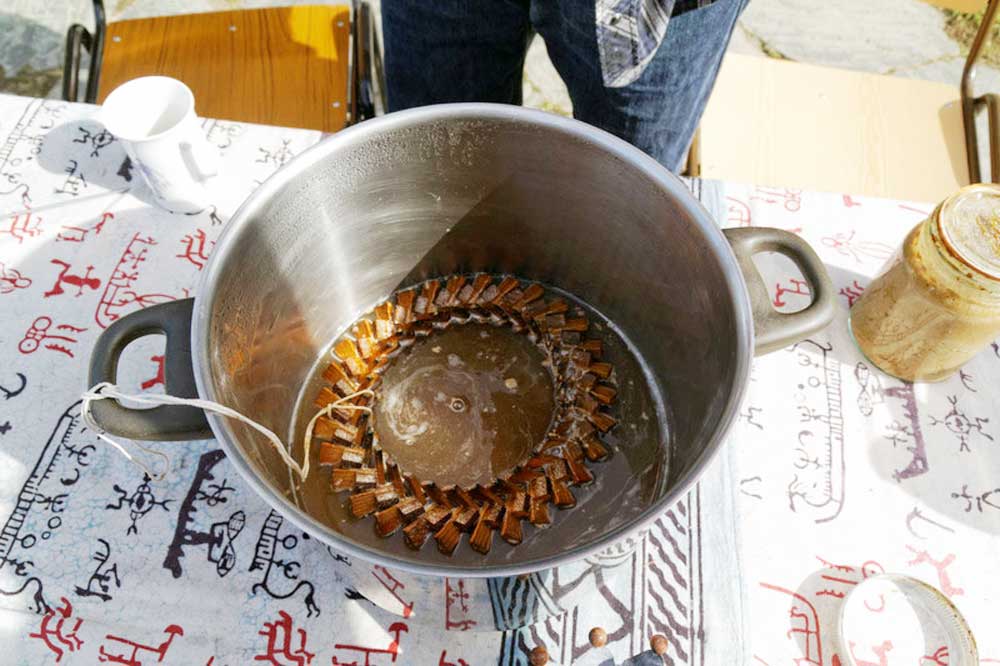 Hence, without any doubt, we can define it as the original and traditional dry yeast ever. Like we said at the beginning of this article, we have to remember that this is a mixed culture, and the balance amongst the several species of microorganisms present is critical to obtain consistent results brew after brew. In the case of using mixed culture, the best way to keep it unchanged as much as possible would be following the exact harvest practices of the original owner of the culture: same time frame after pitching it, always from the bottom or the top of the fermenter, and ideally to have the same environmental conditions.

Thanks to people like Lars Marius Garshol, one of the most internationally recognised experts on this topic, who gave Kveik the international recognition it deserved, we now have the chance to enjoy this great heritage in different parts of the world. Hence, thanking all the protagonists that played a key role in this and the generosity of the Norwegian community, we, as Lallemand Brewing, have been able to identify and select one of our recent releases: LalBrew Voss™ Kveik Ale Yeast. 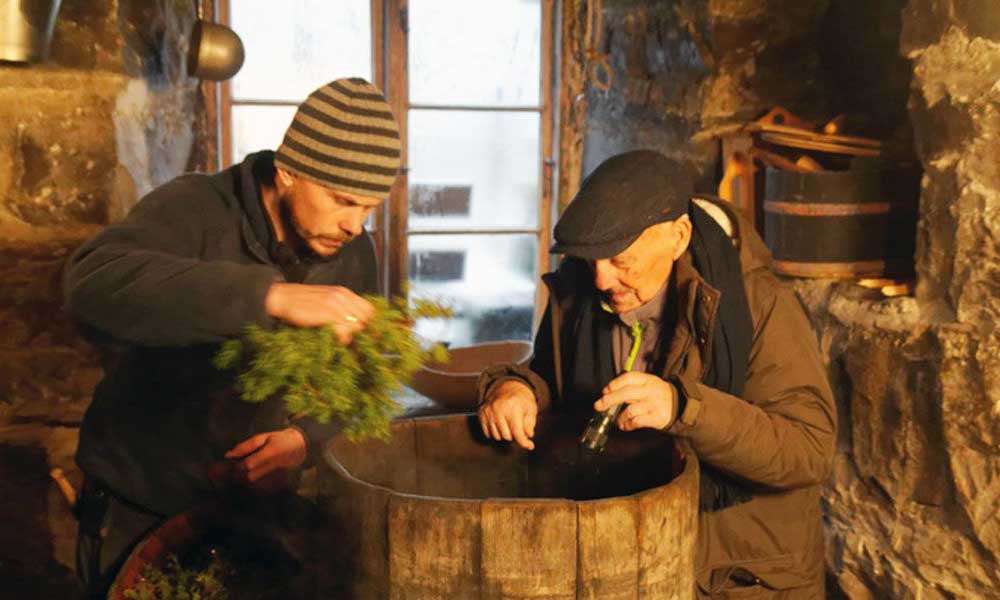 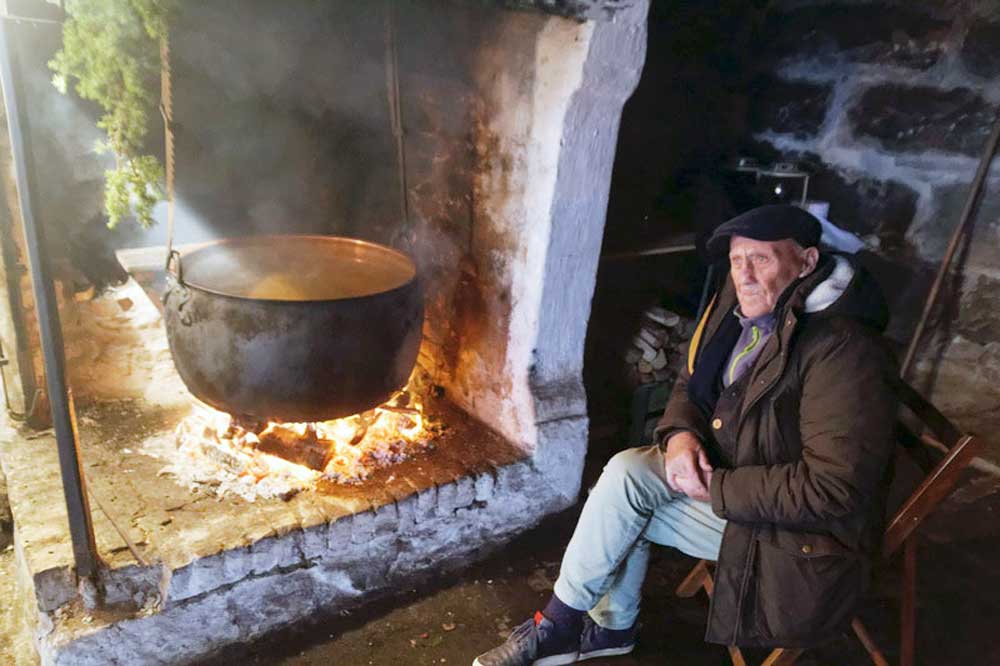 Before moving to what drove us to introduce our single strains of Kveik, LalBrew Voss™, and have a deep dive into the microbiological selection run on this topic, let’s spend a few words on the very unique origins and the potential application of such kind of yeasts on different beer styles. It should be clear enough at this point that, using the definition of “Kveik beer” is inappropriate since we are talking about a wide range of family yeast that can be used to ferment any kind of ale style – from a very simple Golden Ale to a full-bodied Russian Imperial Stout, not forgetting that its origins are rooted in Norwegian farmhouse ales.

Outside the Norwegian tradition, Kveik yeast has been predominantly used to brew an extensive range of IPAs, where the slightly ester forward character of this yeast suits well with the overall fruitiness from the hops, or many other different ale styles.

However, the rightful application of these yeasts in modern recipes such as NEIPAs, is far away from what the Norwegian tradition has for centuries applied, following a very old method yet practiced nowadays in most of the Norwegian farmhouse breweries. These traditional practices include steeping in the brewing water a pile of young and tender branches of juniper or other botanicals, often including all the microfauna that lives on it, giving that touch of wildness to these productions. This infusion will be let sit for about 60-90 minutes till it turns into a golden-brownish colour. Then, the grains, usually Pale or Pils malt, are added into this infusion and mashed at a quite high temperature (up to 68-70°C, 154-158°F), followed by a run-off often made through juniper branches. After collecting the wort, it will go through a very long boil that can last up to six-seven hours with the addition of some European hop variety – hops can be added during the lautering as well. To make everything more magical and handcrafted the only source of heat is a massive open fire. Being such a local tradition, handed down from father to son, there are many different variations on the style using different herbs in infusion, distinct mash temperatures, boiling time and of course yeast.

As we started to dig into this fascinating world, we immediately realised how big and complex it was. Some great studies have been done to investigate the genetic origin of this system, and it was shown that they are genetically older than most of the brewing yeasts we are more familiar with, falling into the branch of Beer 1 into the Genetic Beer tree. It was also scientifically proved that they share some genetic characteristics with some wild yeasts, but nothing in common with the branch of Beer 2 where most of the Saison yeasts come from.

Genetic traits are not the only reasons why this yeast is so unique. As we said, it expresses an alcohol and heat tolerance of a classic Belgian yeast, with none of the off-flavours or extreme flavour characterisation; it has rather a slightly fruity ester profile of American ale yeast, with a clean finish; plus a fermentation speed that brewers likely have never seen before, and most importantly that speed does not compromise the quality of the finished product. Specifically to LalBrew Voss™ Kveik Ale Yeast, we can say that it is relatively neutral at high temperatures, with slight orange and citrus notes. It shows a medium-high attenuation and a good alcohol tolerance (up to 12%ABV). It has very high flocculation properties and an optimum fermentation range between 35-40°C (95-104°F). 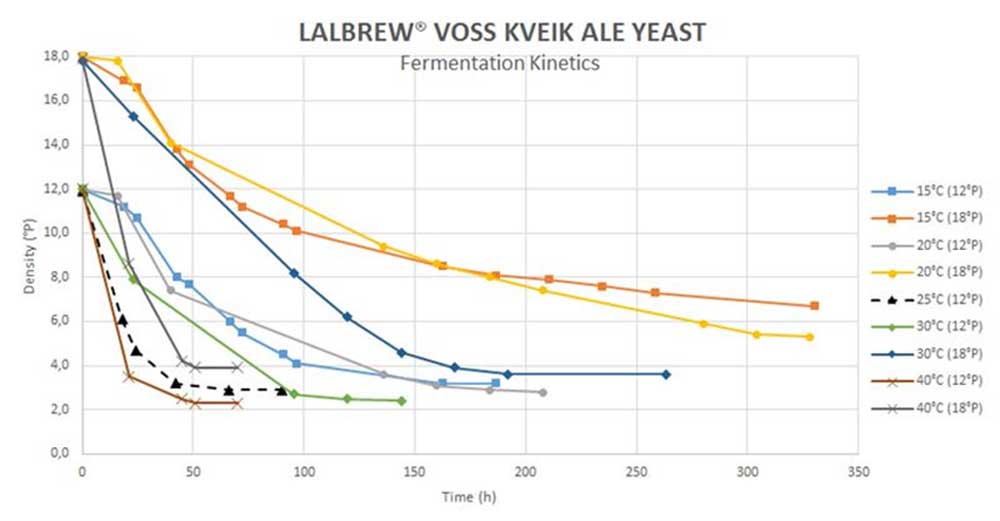 The selection of this single strain of Kveik started analysing different Kveiks, 10 to be precise, and from the first screening, we identified that most of them were a blend of different microbes. That was the demonstration that Kveik cultures often contain mixtures of several yeast strains naturally present from the local region. As well as, bacteria and wild yeasts can be commonly incorporated and also contribute to beer flavour. These 10 Kveik mixed yeast cultures were received by Lallemand Brewing via Robert Percival and Tobias Fischborn, respectively Regional Sales Manager and R&D Manager at Lallemand Brewing. The cultures originate from different communities in Western Norway where these traditional farmhouse brewing practices are so popular. Differential and selective media were used to separate bacteria, wild yeast, and Saccharomyces cerevisiae brewing yeast that were present in the cultures. In total, 31 suspected Saccharomyces cerevisiae yeasts, 7 suspected bacteria types, and 4 suspected Non-Saccharomyces (wild yeasts) were isolated. The 31 suspected Saccharomyces cerevisiae yeasts were analysed in the Genetic Identification Laboratory (through PCR) and the yeast strains catalogued in the LYCC (Lallemand Yeast Culture Collection). Genetic comparison illustrated that 19 profiles were present in the sample set; all of which were unique to the LYCC database and added to the collection. 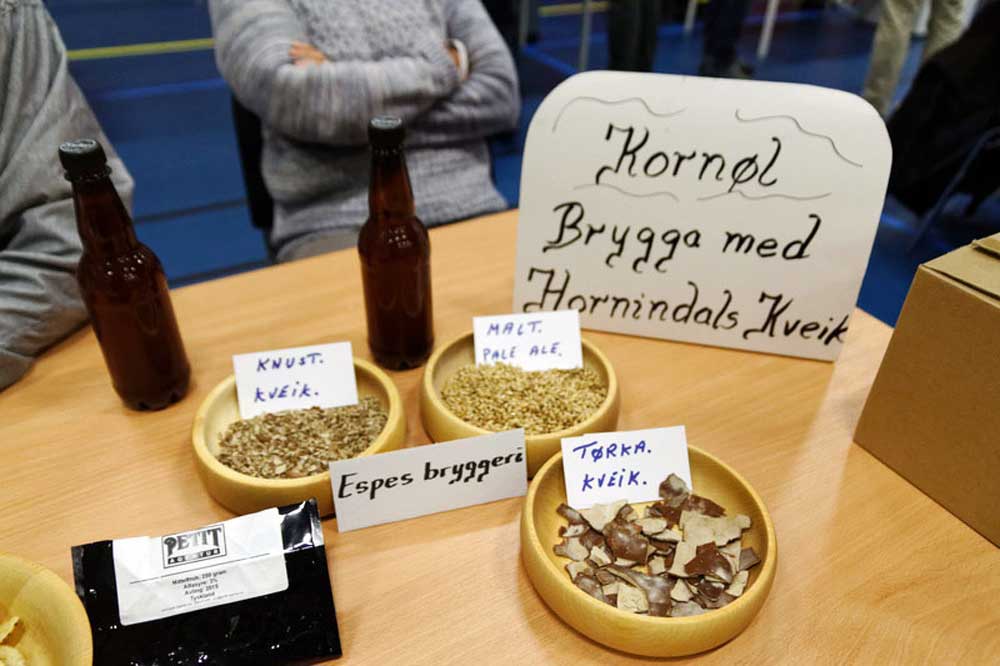 Of the 19 new and unique profiles, we identify LalBrew Voss™ Kveik Ale Yeast as being the most representative strains of this heterogeneous family. In concomitance with genetic and lab trials, we also ran some field trials which confirmed the incredible characteristics of this super yeast that can ferment up to 40°C (104°F), keeping a very clean and fresh flavour profile. 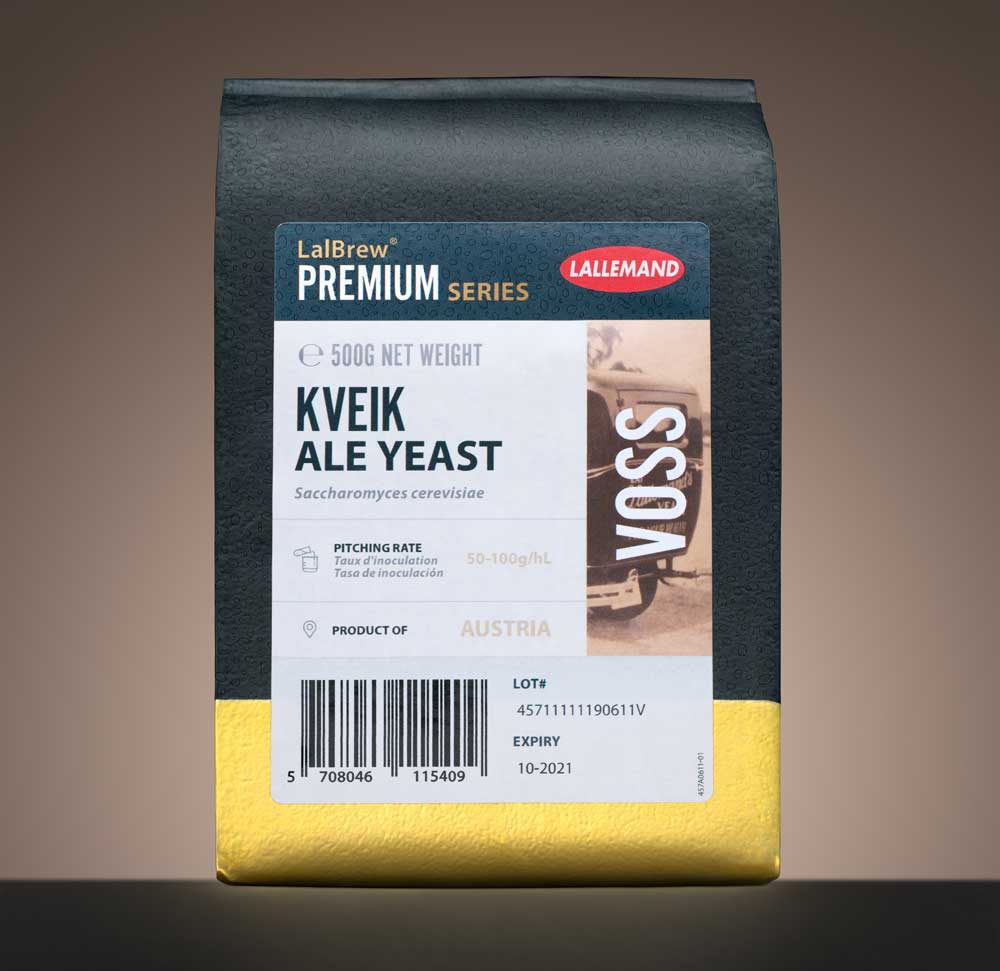 It is evident that with such a kind of yeast many new boundaries will be opened in front of us. Quick and warm fermentation would be beneficial not only for a quick tank turn-around time but also for controlling the fermentation temperature simply from the heat produced by the metabolism activities of the yeast itself. This can be translated into no need for special cooling or heating equipment for fermentation. Another extra consideration on the temperature point of view can be made on the wort cooling system (heat exchanger) where it won’t be required an extremely cold exchanging liquid to cool down the beer wort after boil, speeding up considerably the cooling time.

All of these considerations make this yeast suitable for a wide range of beer styles and interesting for brewers, from home-brewers to professional ones. As Lallemand, we feel that we just scratched the surface of a huge new way of brewing, so please do not hesitate to contact us for any further enquiries and more details on our research and trials. 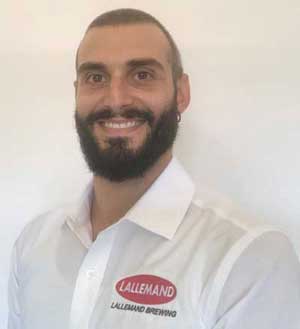