The Story Behind Cold IPA – A Collaboration By Alchemy & BLR Brewing Co. 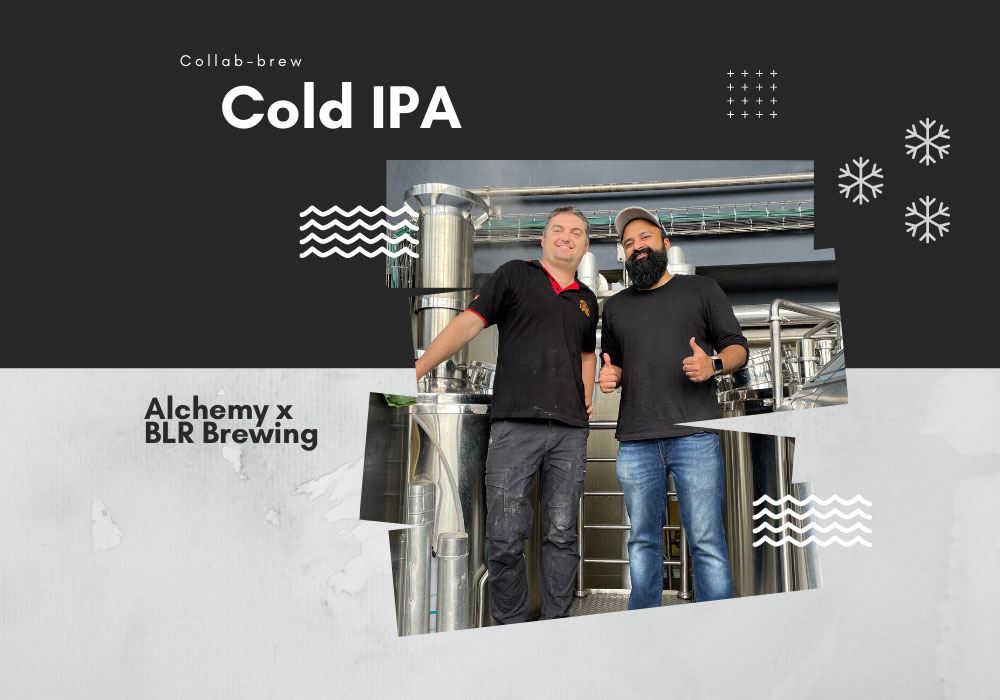 Consistency is the key. It’s the ability to make a quality beer time and time again. Often considered as one of the hallmarks of a good brewery, consistency is what keeps the consumers coming back. But it can also be very boring in some cases. This is why brewers often play around with four core ingredients, hops, malt, water and yeast. In addition to this, they also mess around with new ingredients to show their artistic skill. In fact, messing around is how new styles are born. Speaking of new styles, the latest trend is the Cold IPA and no, that doesn’t mean an IPA served in a frosty mug. They incorporate a different brewing approach that makes it stand apart from its hefty list of siblings. And for the first time ever, the alchemists from Alchemy and BLR Brewing Co. have come together for brewing a Cold IPA, a style that has never been brewed before in India.

Let’s get to the basics. How do you define a Cold IPA? Is it similar to IPL or India Pale Lager? Or is it just an IPA with lager yeast with an IPA hopping schedule? The real separation point for Cold IPAs, is that they are brewed with lager yeast rather than ale yeast, which is what most IPAs are made with. But rather than letting the wort ferment at the cold temperatures that lager yeasts are usually used at, they are fermented at higher temperatures. The goal is to create a clear IPA that is also a bit more crisp and clean than a typical ale. Here’s what Nate Ross, Head Brewer at Alchemy, had said when asked to define the style. “We approached brewing this particular Cold IPA using a lager yeast and fermented at warmer temperatures. A very hoppy adjunct lager is one way to describe it, but it’s still an IPA at heart. We added Gladfield Maize Malt to help keep the body lean and the hop bill was West Coast IPA style with Simcoe and Citra which provided great balance for a punchy and juicy hop profile.” 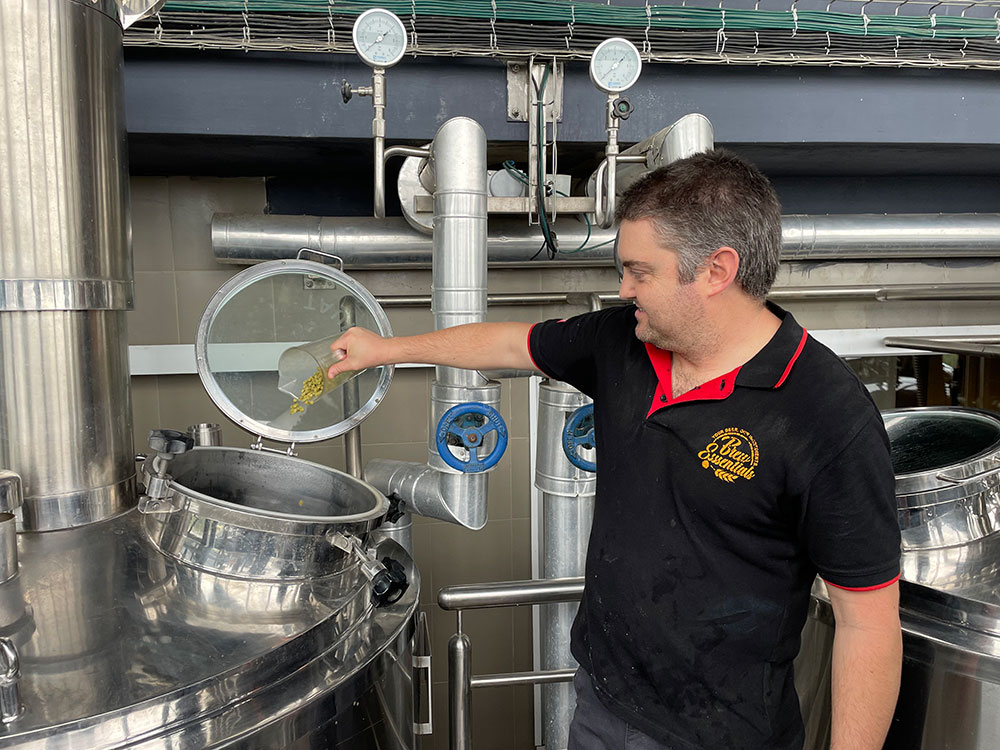 On the similar lines, Umang Nair, Brewmaster at BLR Brewing Co. had commented saying “According to me, Cold IPA is a warm fermented lager (lower end of ale temperatures) using adjuncts like rice/maize as a significant part of the grain bill and primarily showcases the hops. Most of the hops are added during the boil and fermentation to achieve maximum flavor and intense aroma. The beer by itself is light bodied, crisp and clean with no crystal malts. The bitterness for this style is between 50-70 IBUs and to balance out, the ABV is on the higher end of the spectrum at 7-8%. To answer your question, I think a Cold IPA has characteristics of both a crisp lager with adjuncts and the hopping schedule of a West Coast IPA packed with all the flavor and aroma.”

“Cold IPA has characteristics of both a crisp lager with adjuncts and the hopping schedule of a West Coast IPA packed with all the flavor and aroma.” – Umang Nair, Brewmaster, BLR Brewing Co.

Cold IPAs are a great way to showcase the hop characteristics. Nate agrees saying that the malt body in Cold IPA’s are typically very light and brewed with 20% or more adjunct for further dryness so the hops can really do their thing without any other malt character or residual sweetness getting in the way. 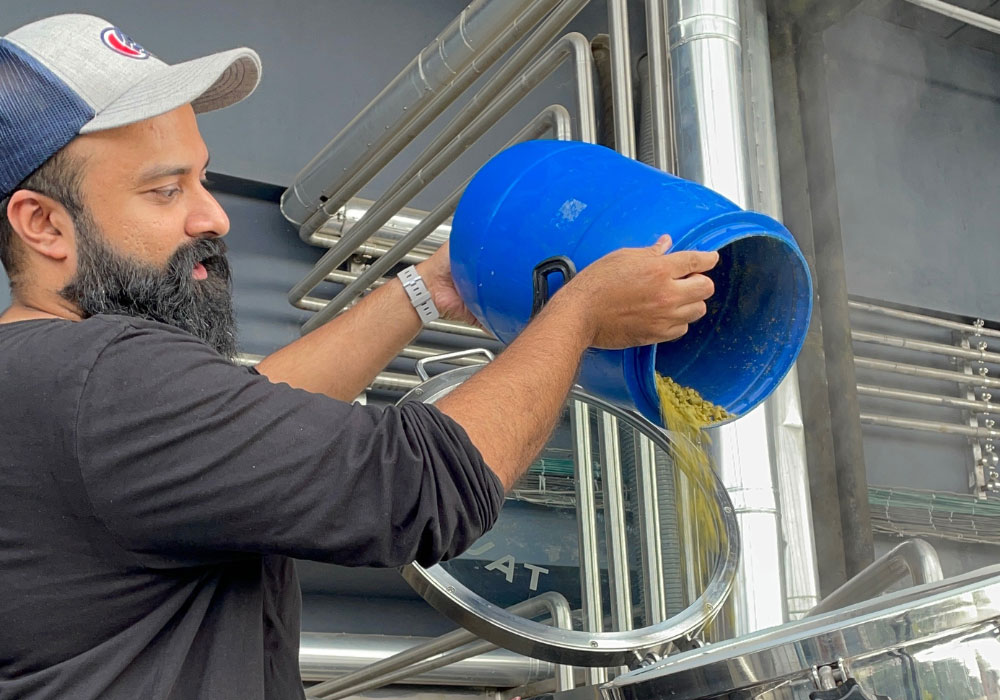 But considering this is a style that has never been brewed in India before, what prompted you to brew a Cold IPA at Alchemy? We asked Nate to understand his thought process. “I had tried a number of Cold IPA’s from some Aussie craft breweries that I really enjoyed. I have actually brewed similar hoppy beers in the past so I guess you could say that they were instantly to my taste. Particularly these kind of leaner, drier IPA styles with higher bitterness.” explains Nate. 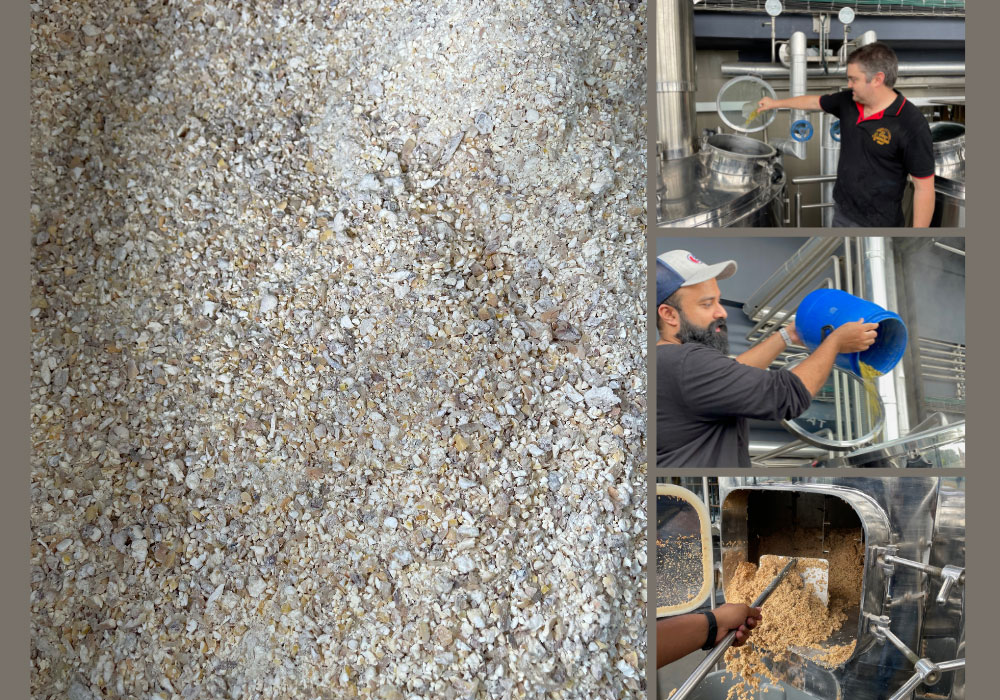 A glimpse of brewday as it happened at Alchemy

“How and why did you two get together and what was the thought process behind brewing this relatively new style?” We picked Umang’s brain to understand his side of the story. He responded saying “We’ve been planning a collaboration for quite some time now, years to be honest. Finally, we met up at a beer event where we decided to do something different. Nate was already ideating with the Cold IPA. I’ve been wanting to brew a Cold IPA since the moment I heard about it, a few months ago. It sounded like quite the beer. I think the timing was brilliant and thought we should get together and brew it.” He goes on to say “The whole idea of a Cold IPA is to bring in something different and new to the market. We wanted it to be super hoppy and flavorful. The mouthfeel and body are like a sessionable light lager and have a dry and smooth finish. We used maize as an adjunct to create this beer. The beer wasn’t overpowering in any aspect. And achieving that would be a definite win for us.”

“We approached brewing this particular Cold IPA using a lager yeast and fermented at warmer temperatures. A very hoppy adjunct lager is one way to describe it, but it’s still an IPA at heart. We added Gladfield Maize Malt to help keep the body lean and the hop bill was West Coast IPA style with Simcoe and Citra which provided great balance for a punchy and juicy hop profile.” – Nate Ross, Head Brewer, Alchemy 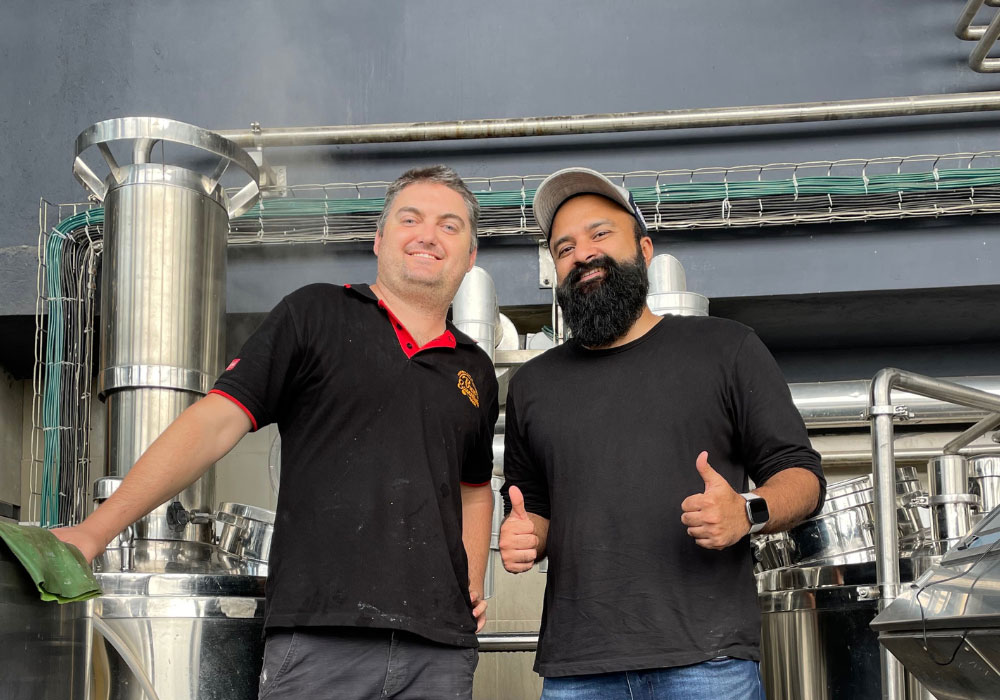 “We both loved the idea of Cold IPA and were super keen to get brewing one at Alchemy straight away. It was an awesome learning curve for the both of us, and in typical collaboration spirit we even came up with the idea of adding sugarcane jaggery to the beer for a local twist which was such a lovely addition that may not have happened otherwise.” says Nate.

Start by keeping the malt bill simple. An 80/20 blend of low color base malt to adjunct such as rice or a maize is a good starting point. These are high attenuating beers so mash on the lower side around 65-66oC. Nate aims for 50-60 IBUs, depending on the target ABV, which will be in the 7-7.5% territory. He says “I treat the hopping schedule similar to a WCIPA and any highly aromatic variety will work well throughout whirlpool and dry-hop. As for fermentation I would advise to use a clean lager strain such as W-34/70 and ferment at 16-18oC until the final gravity is stable over a few days. Allow a few weeks conditioning time and ensure the beer has good clarity. Finally, drink and enjoy your Cold IPA as fresh as possible!” 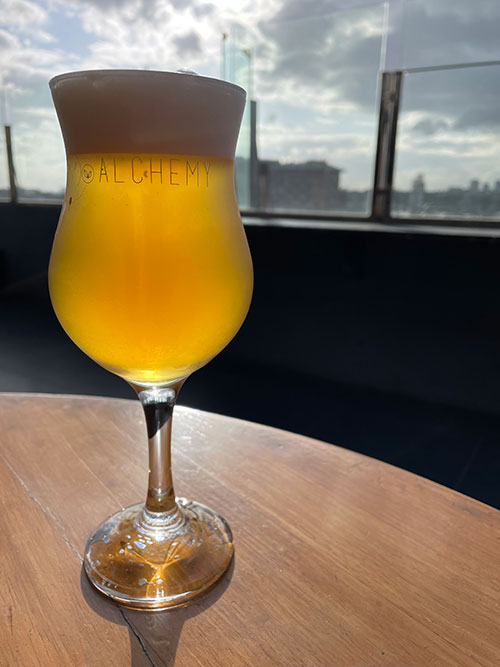 The Cold IPA at Alchemy has been brewed with Maize and Jaggery as adjuncts and hopped with doses of Simcoe and Citra in intervals. It is highly quaffable with an ABV of 7%. “A drinker can expect a very tropical, citrusy and highly drinkable lager and at around 7% it’s quite deceptive so even though it’s quite crushable, the alcohol can sneak up on you!” warns Umang as he signs off.

Head over to the Alchemy to check it out and get yourself a pint of this Cold Collaboration!