The Fundamentals Of Malting Process 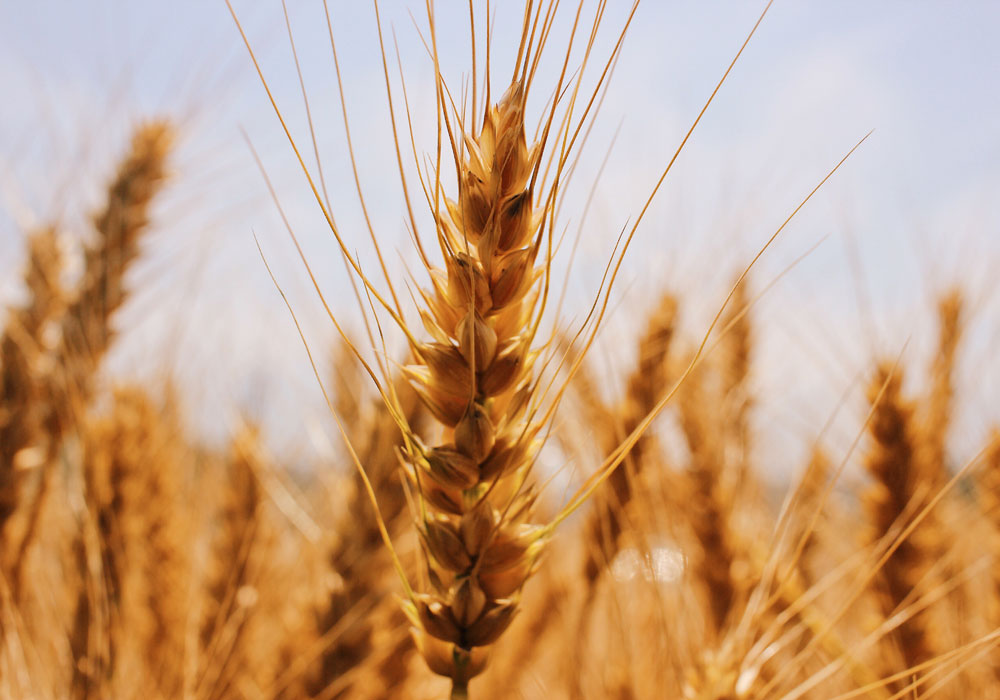 Malt is often termed as the heart of beer for a good reason. Malted barley is one of the basic ingredients used in the production of beer which provides simple and complex sugars essential for fermentation. Alongside, malt also contributes to the aroma, flavour and colour which are some of the unique characteristics of a beer.

Barley is known to be one of the ideal cereal grains for malting. It is enclosed with a husk to protect the germ, starches, it’s enzyme system, colour and flavour. In addition to barley, wheat, rye, oats and other grains are also malted, but in this article, our main focus solely remains on malted barley. There are three main steps in the malting process: steeping, germination and kilning. 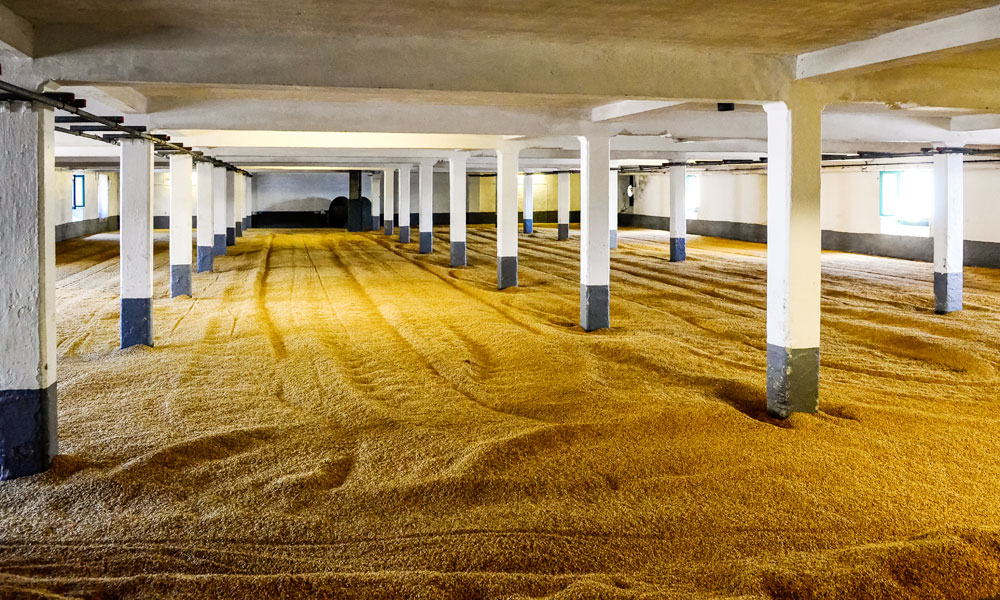 It all begins by steeping either a two-row or six-row barley in water. It is all dumped into large steeping tanks where grains spend about 40-48 hours. Over a period of time, the moisture content increases from about 12% to 44%. This, in-turn, also activates enzymes in raw barley and stimulates the embryo to develop new enzymes. The enzymes then break down the protein and carbohydrates that are enclosed in the starch to begin the growth of sprout.

When raw barley sees the start of rootlets emerge from the embryo of the kernel, it is steeped out. In “steep out”, the grains are transferred from the steeping tanks over to the germination chamber. The barley is aerated and turned regularly and held at temperatures around 15°C (60°F). This encourages the grain to germinate and sprout. However, the trick here is to not let the barley sprout too much. 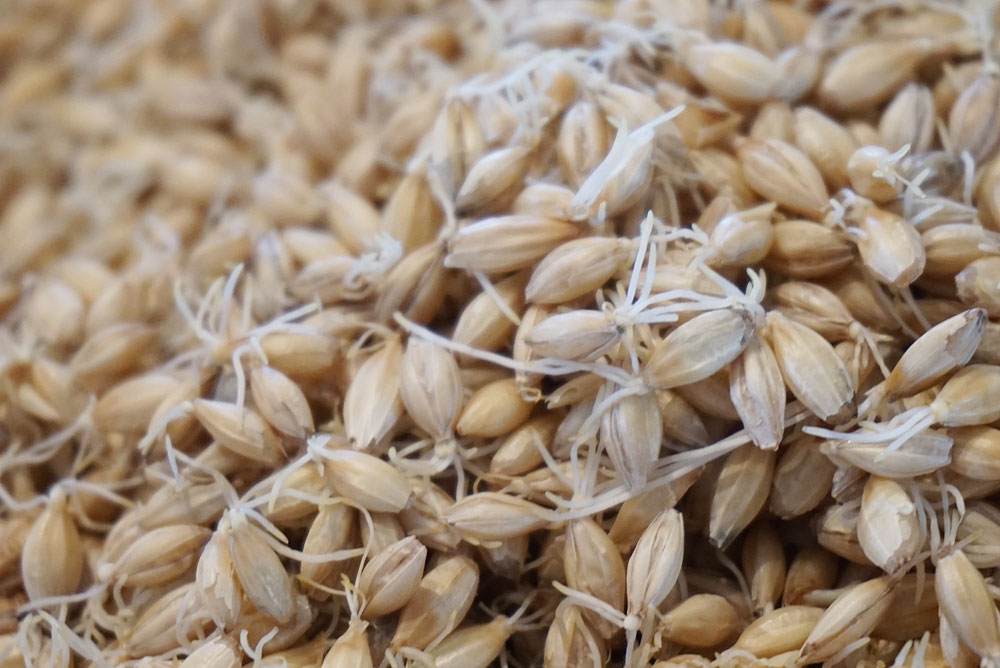 Maltsters kiln the sprouting malt by slowly raising temperatures to 82°C (180°F) approximately. By raising the temperature, the growth of sprouts is halted and left with a dried barley grain which is full of starches and sugars ready to be used for brewing. In kilning, lower temperatures will yield the base malts. Speciality malts are kilned at higher temperatures for longer periods of time or roasted or both. 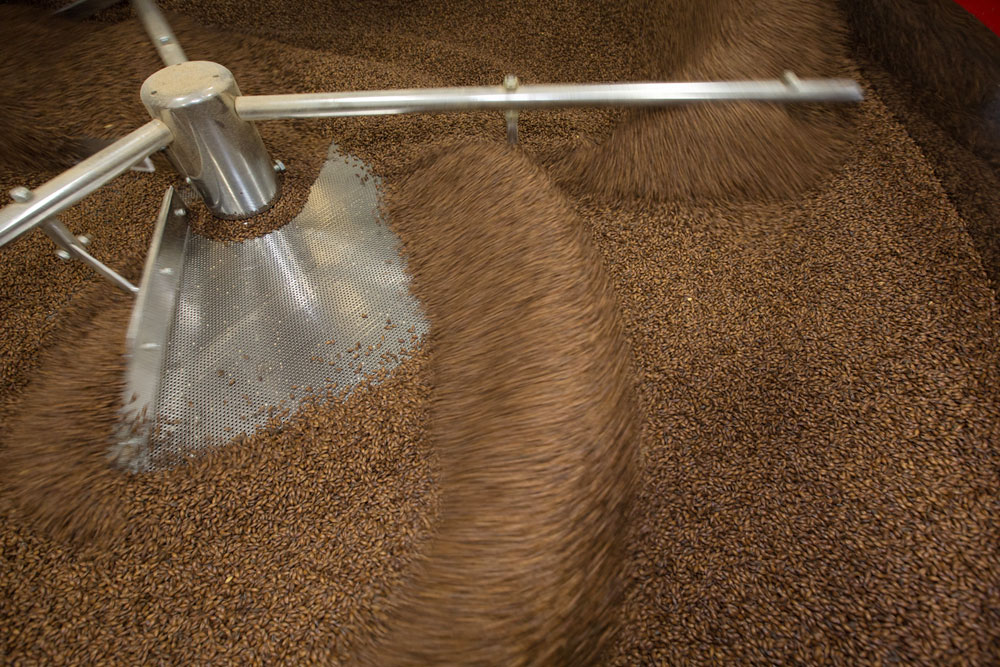 Before the malt is shipped out to the brewers and breweries, it is thoroughly inspected and cleaned prior to the sale. Dust, stones and lumps in the malt are removed and magnets are used to pull out any steel debris.