Home / Food  / Forget Beer On Tap, How About Beer In A Pizza? Byg Brewski Presents: Brewizza!

Forget Beer On Tap, How About Beer In A Pizza? Byg Brewski Presents: Brewizza! 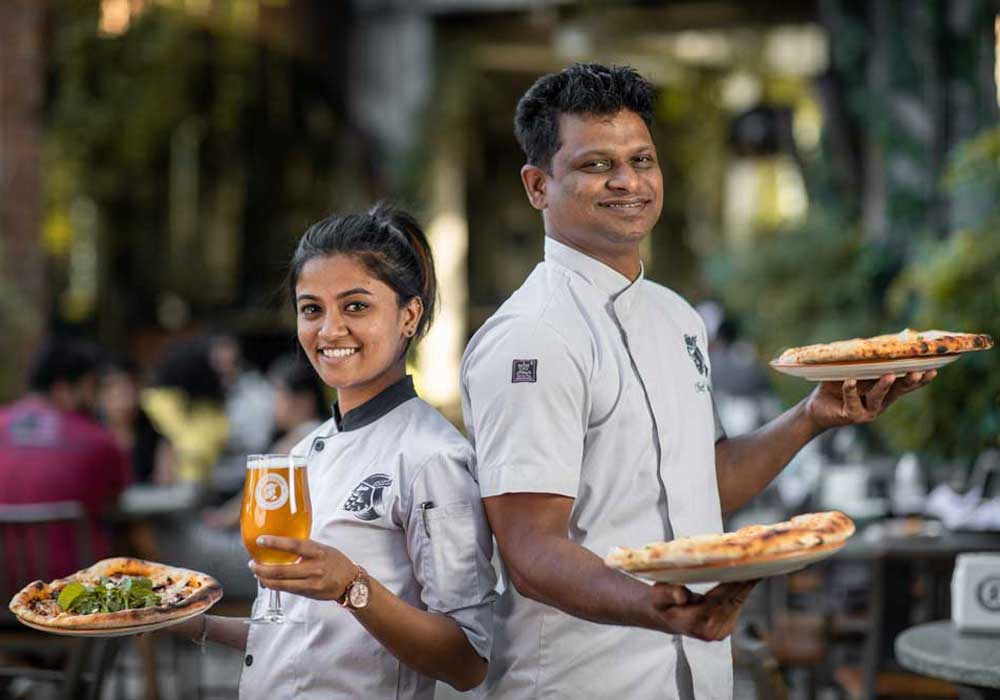 There are few that rival the classic pairing of beer and pizza. But what if we said you could have your beer IN a pizza? Fine citizens of Bengaluru, get ready to experience dining akin to the Nordic gods, with Byg Brewski’s brand new beer-infused sourdough pizza – The Brewizza.

Baking with sourdough has become all the rage since last year’s lockdown, owing to its ability to pair well with a diverse range of flavours as well as potential health benefits over regular yeast-based dough.

While the dough generally used to make pizzas is fermented with baker’s yeast, the sourdough base utilizes wild yeast that is naturally present in flour, accompanied by strains of lactobacilli. What are lactobacilli you ask? Let’s just say, we wouldn’t have our beloved sour beers (or yoghurt, for you teetotalers) if not for these little dudes. The amalgam of these two microbes adds a unique sourness to the batter (courtesy, the lactic acid produced) and coaxes the dough to rise, forming a deliciously chewy bread.

The folks at Byg Brewski also ‘rose’ to the occasion on the 1st of April, with the launch of their Byg Brewizza menu consisting of 9 hand-stretched Naples style pizzas, infused with their in-house craft brews. Chef Sandeep, Head Chef at Byg and mastermind behind the idea, spent considerable time analyzing sourdough pizza makers around the city and decided to create something unique. He began to conceptualize a classic Neapolitan pizza with the freshest of ingredients but added a twist – replacing water in the batter with fresh beer crafted just a few metres away at their impressive 10-HL microbrewery. “After a series of experiments with the Stout and Rauchbier for creating the sourdough, we hit the perfect notes using our Hefeweizen and the resulting pizza base was incredibly fluffy with a golden-brown appearance”, says Chef Sandeep.

Hefeweizen, owing to its inherent yeast residues, accelerates the dough’s fermentation while also imparting a subtle wheaty relish to the bread. He goes on to add that these rustic wood-fired delights are comparatively healthier, containing lower amounts of gluten than regular pizza dough and subsequently metabolize faster in the body. 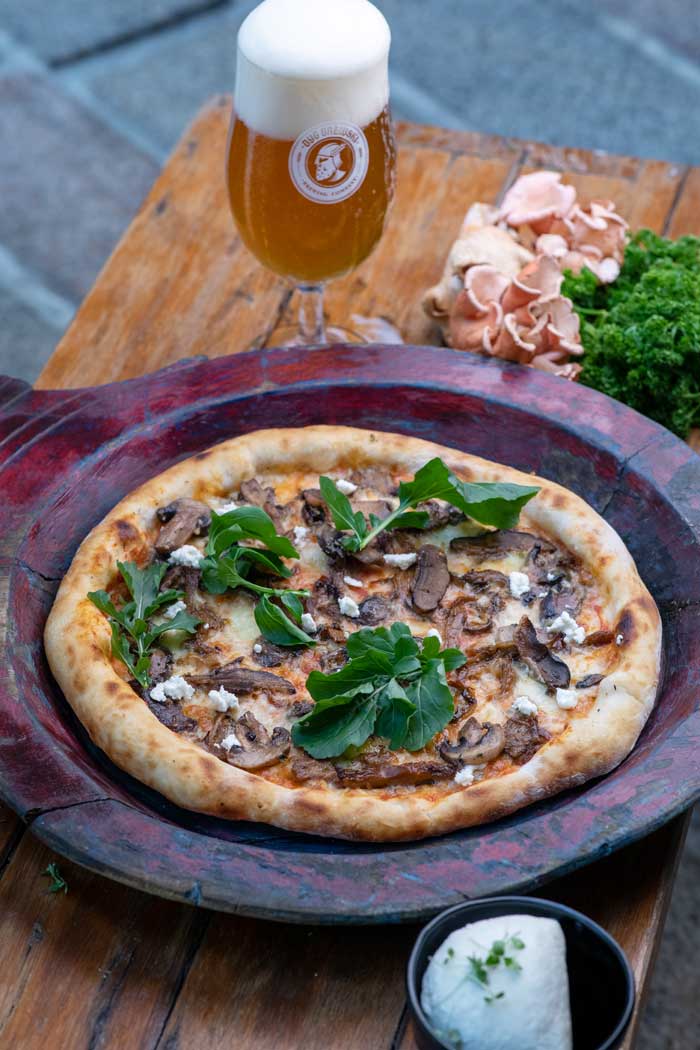 Chef Shakainah, who heads the pizza section, reveals that beer plays an even more significant role in some pizzas like the Triple Mushroom where the Belgian-style Tripel is used to sauté mushrooms. Similarly, each variation has one or more star toppings – be it the in-house smoked pork in the Smoky Porky or the Caprino’s unique mix of prunes, arugula and walnuts. 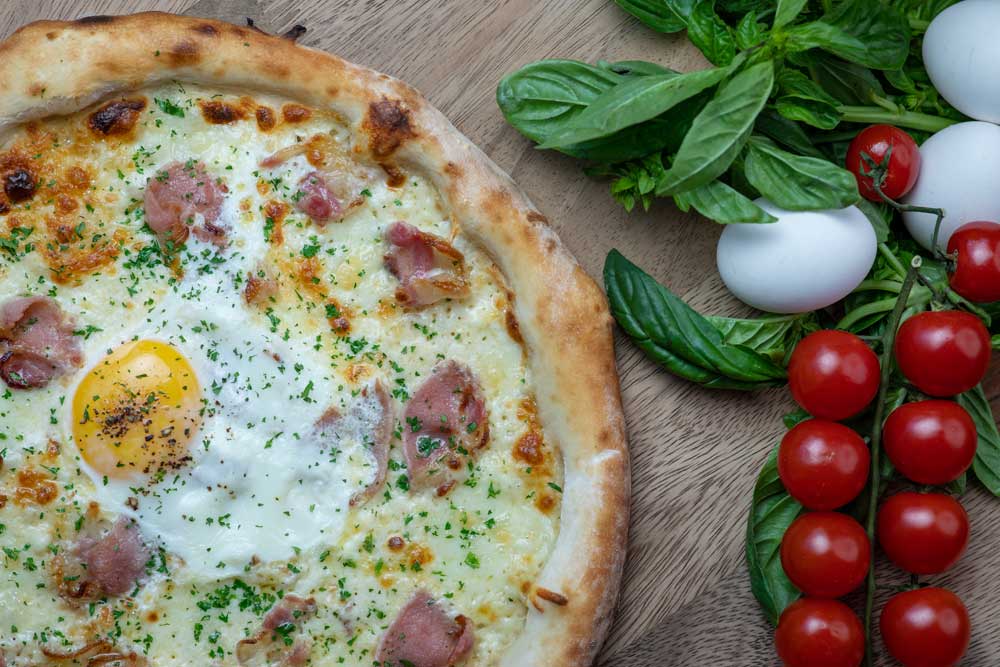 As we gorged on a slice of Smokey Porky, Chef Sandeep hinted at the possibility of expanding their arsenal with a roasty Stout plus ragi millet combo and a buckwheat-Rauchbier mixture for creating the sourdough, so there’s plenty more to expect. And when that happens you can expect to read it first, right here on Brewer World!

The Brewizza Menu is now available at Byg Brewski Hennur and Sarjapur branches.