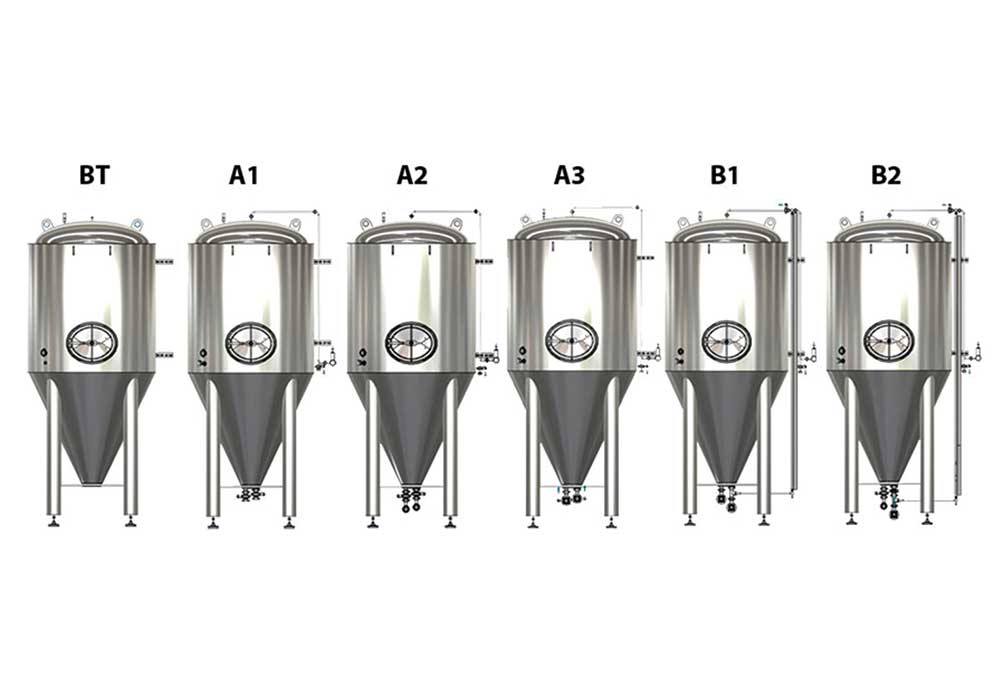 The best choices are those that can be changed anytime

A Czech manufacturer, of brewery sets equipment, decided to solve the worries of industrialists at breweries and brewers for their own requirements. Inspired by the necessities of his customers, mostly in North and West Europe, which in turn led to the creation of brewery tanks with modular construction. The rest as they say is history, creation of Czech Brewery System s.r.o.

Do you plan to build a minibrewery and not sure which brewery tanks to buy for production? Or looking to increase the production capacity of your brewery? Then the CCTM modular system of brewery beer production tanks could be a good solution for you because the best solutions are the ones which you can change easily, the main theme of the Cylindrical-Conical tanks designed as a modular set. Modular sets of brewery tanks means freedom of making decisions and new opportunities.

The main component of the CCTM system is a basic tank. It is a pressure vessel with many added armatures to which different extendings, equipment and accessories can be added as per the breweries reqiurements. The basic tank is manufactured in two variations according to maximal allowed overpressure, in combination with three levels of quality surface of internal and external stainless steel plates – standard quality, high quality and top quality. This enables the buyer to choose the quality and variations of tanks that will suit his requirement and budget.

In the diagram above, you will see a detailed image of the basic tanks and its components.

The extending tank equipment makes a modular cylindrical-conical tank interesting compared to other tanks with regular concept. Manufacturer offers the modular tanks in 5 recommended different variations, this should help a customer to make a consisdered decision. But it is upto the customer to decide with which equimpent he will support the tanks, and what is important the configuration of CCTM tanks which he can change anytime.

Recess the tanks with extending armatures is really easy because all units are connected with a TriClamp connection, it is patented system of pipes connection. This patented system was developed specially for food equipment. Its main advantage is easy assembling and disassembling, and its possibility of sanitation. So the whole set can be easily washed with water and with sanitation fusions either in disjoined estate or in joined estate without requirement of disassembling of tanks. 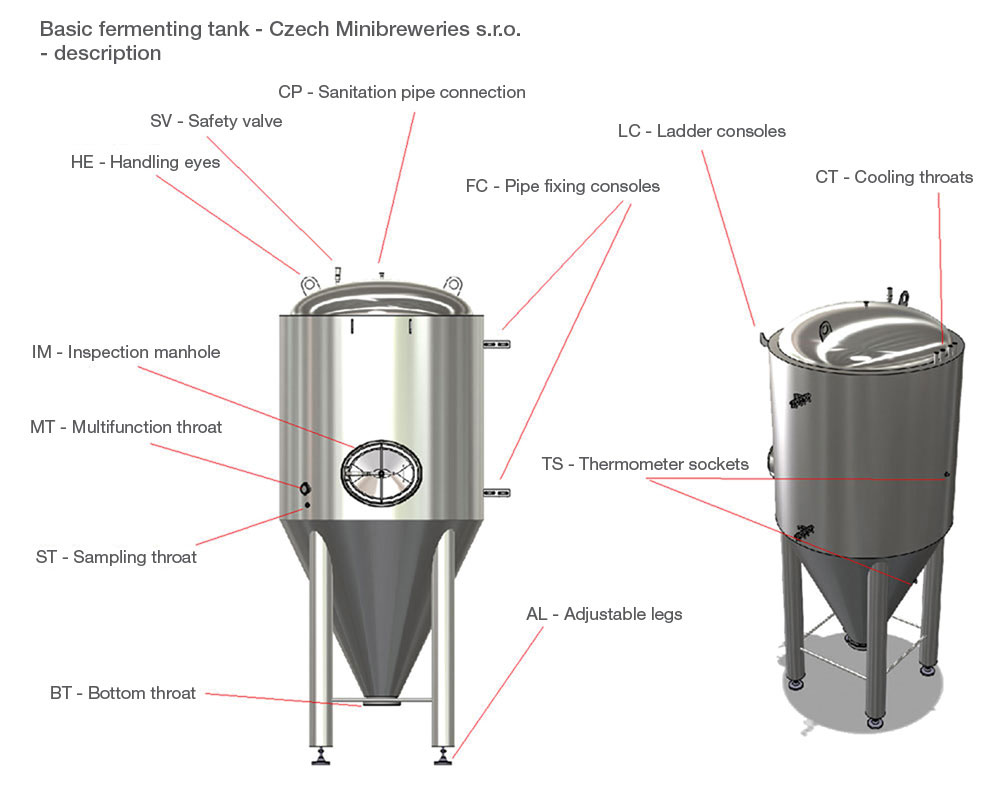 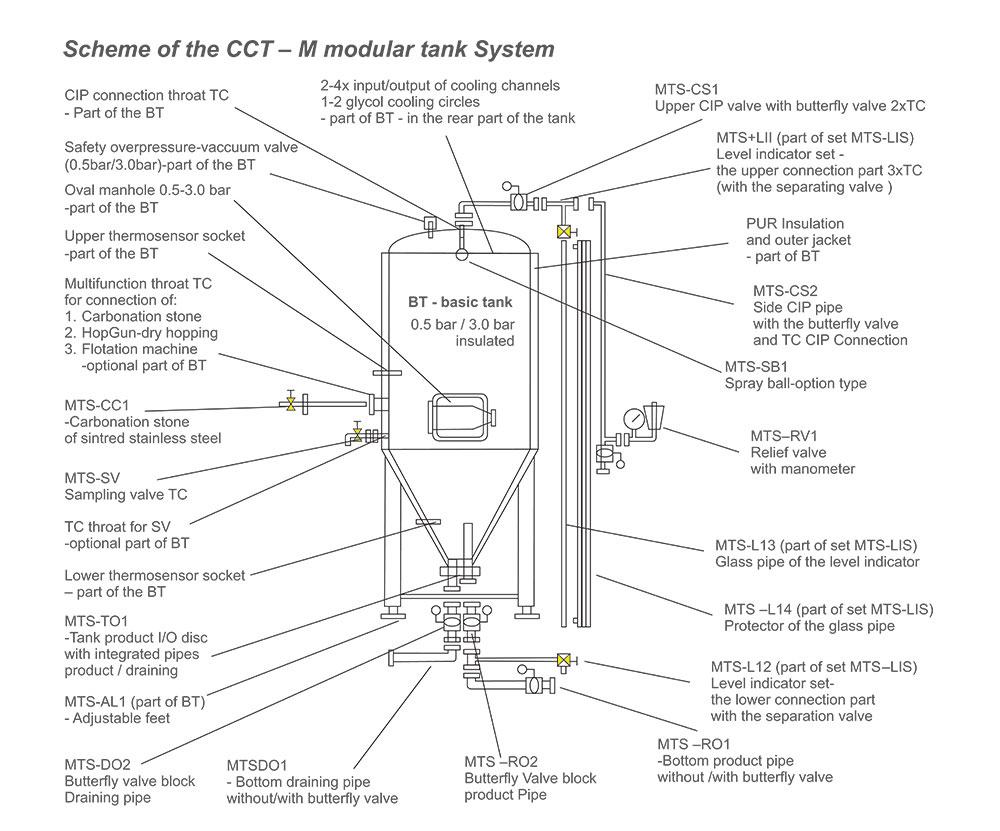 ADVANTAGES OF THE CCT-M MODULAR TANKS 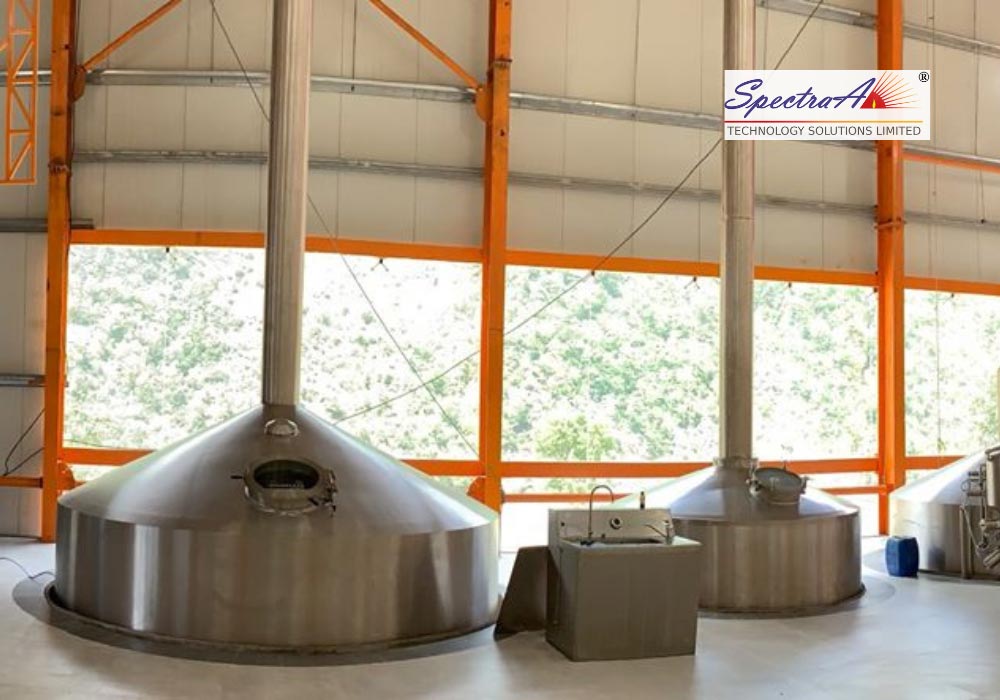 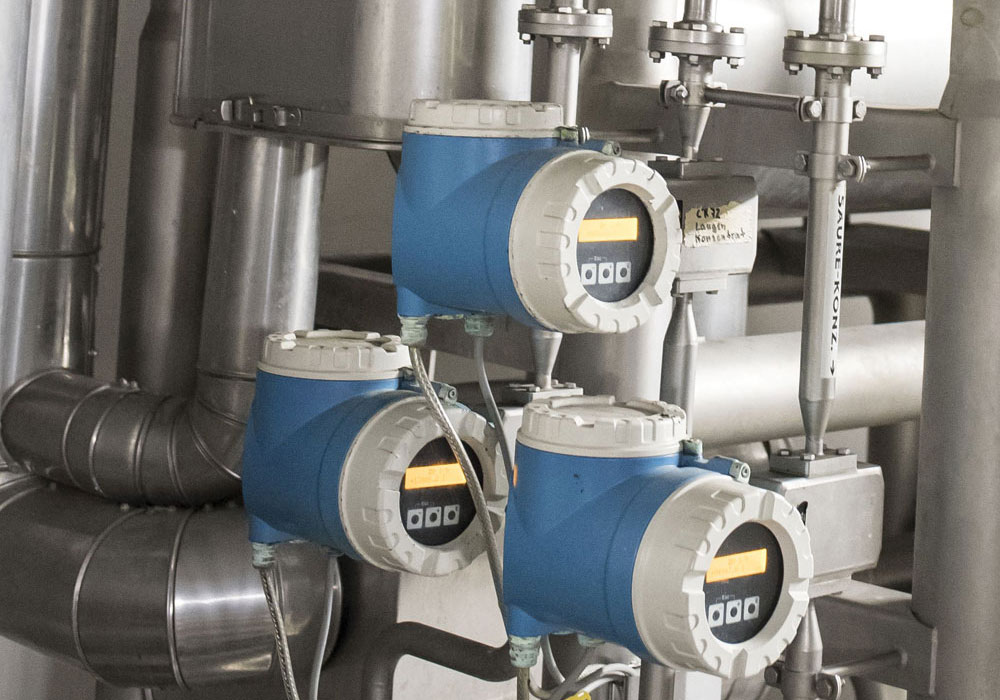