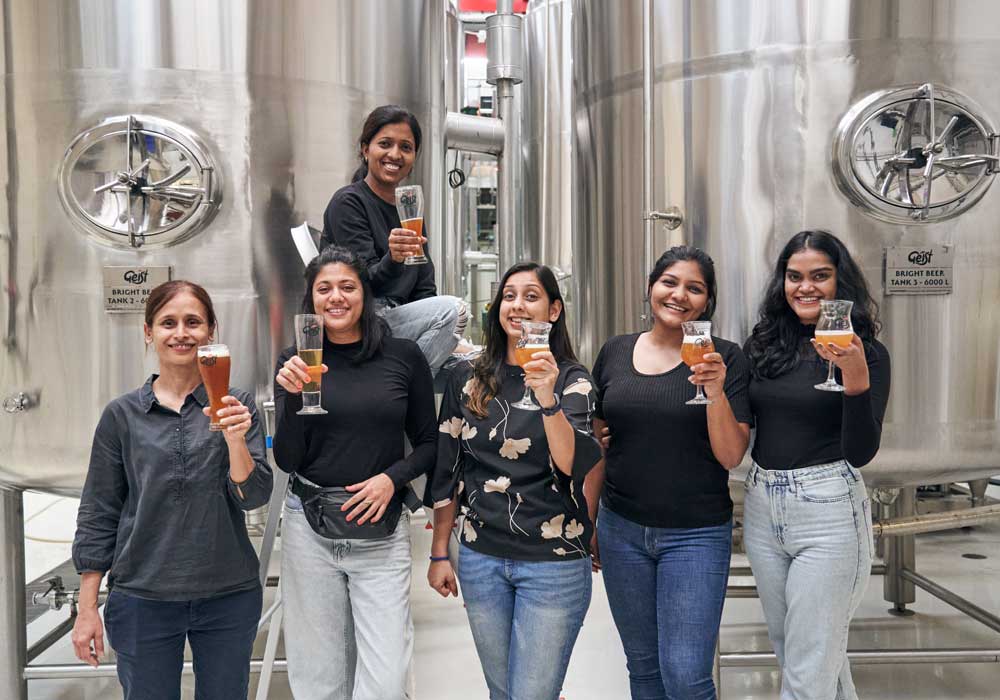 The Geist Stratosphere Lager will be India’s first packaged craft beer
to be conceptualised and brewed by an all-woman team. And no, it’s NOT pink.

On the occasion of women’s day, Geist, South India’s first distribution craft brewery is brewing something special this year. The brand has come up with an initiative called “Ladies Who Lager”. This is a project by Geist to assemble a group of women brewers, drinkers, and enthusiasts of craft beer. By intentionally excluding anyone, the idea is not to foster a feeling of alienation, but to facilitate the creation of quality craft beer by gathering a group to create a beer anyone can fall in love with.

Ultimately, the idea is to move away from traditional notions of “craft beer for women” around this time of year by emphasising that craft beer is for all people, no matter how they make it, or when they make it. A beer made by a woman isn’t just for women, and notions that this beer has to be overtly feminine, syrupy sweet, or a certain colour are outdated. Women craft brewers based in Bangalore have joined forces with each other for the first time to create a beer that features the ever-popular question: “What is it like to be a woman brewer?” (a question rarely posed to their male counterparts in the industry) 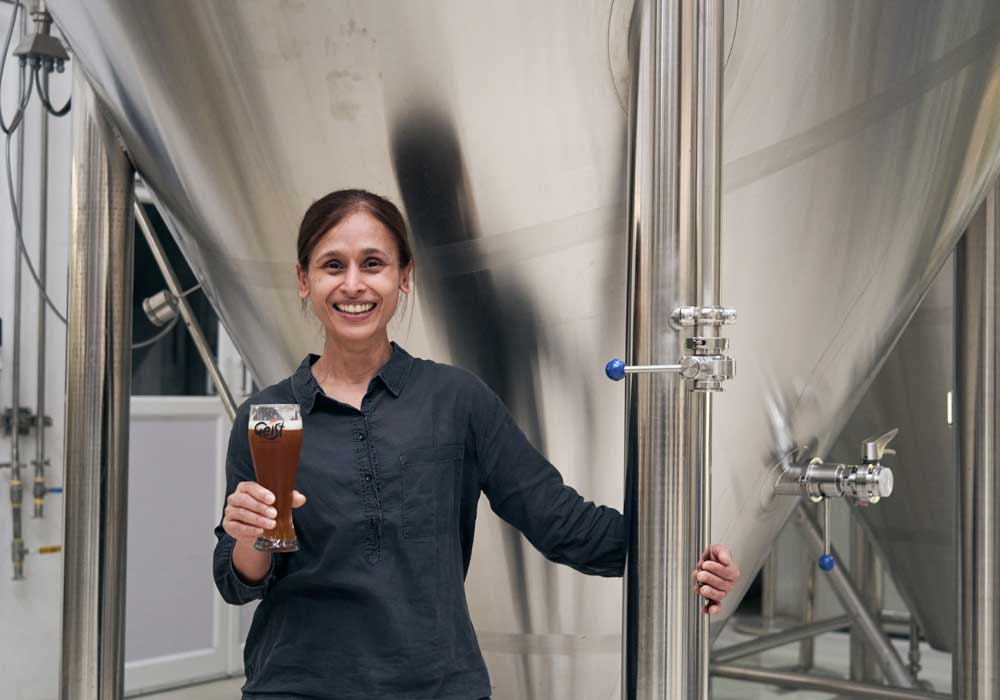 With “Ladies Who Lager” Geist hopes to establish a collaborative platform that allows women from a variety of industries to work alongside experienced women craft brewers.

The Geist Stratosphere Lager is brewed by a group of six women brewers from Bangalore, namely: Vidya Kubher from Geist, Aishwarya Ritti from Barley & Us – a microbrewery consultancy, Kajal Manchanda from By The Peepal, Lynette Pires from Seven Rivers Brewing Co., Megha Dalimbe from Byg Brewski Brewing Company, Hennur and Varsha Bhat from Mannheim Brews.

The Stratosphere Lager was brewed at Geist’s distribution craft brewery located off Old Madras Road in Bangalore on Feb 4th, 2022. 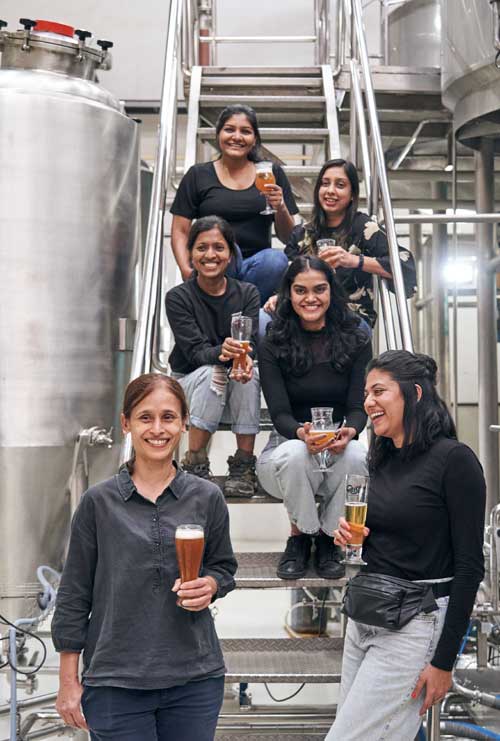 Six women brewers came together at the host brewery to brew a specific beer that embodied the idea of a common thought and then to make this beer available via crowlers in retail channels in India for the first time. Geist is currently the only distribution craft brewery in South India which has the licence, required infrastructure and required regulatory expertise to produce a craft beer batch for official distribution and packaging across Bangalore, in retail stores and on tap.

Several days of discussion precede the actual brew day, which involves decisions taken by the collaborators that take into account multiple factors:

What is in the name?

‘Stratosphere’ is the first part of the beer’s name. This comes from the fact that the key hop variety used in brewing this beer is Strata hops, which originates in the US. With a flavour profile that includes tropical fruit and stone fruit, this hop variety lends itself to this style quite well. The name evokes the idea of embarking on a journey to achieve higher goals. Considering the context, it can also be a metaphor for successfully overcoming obstacles on the journey. 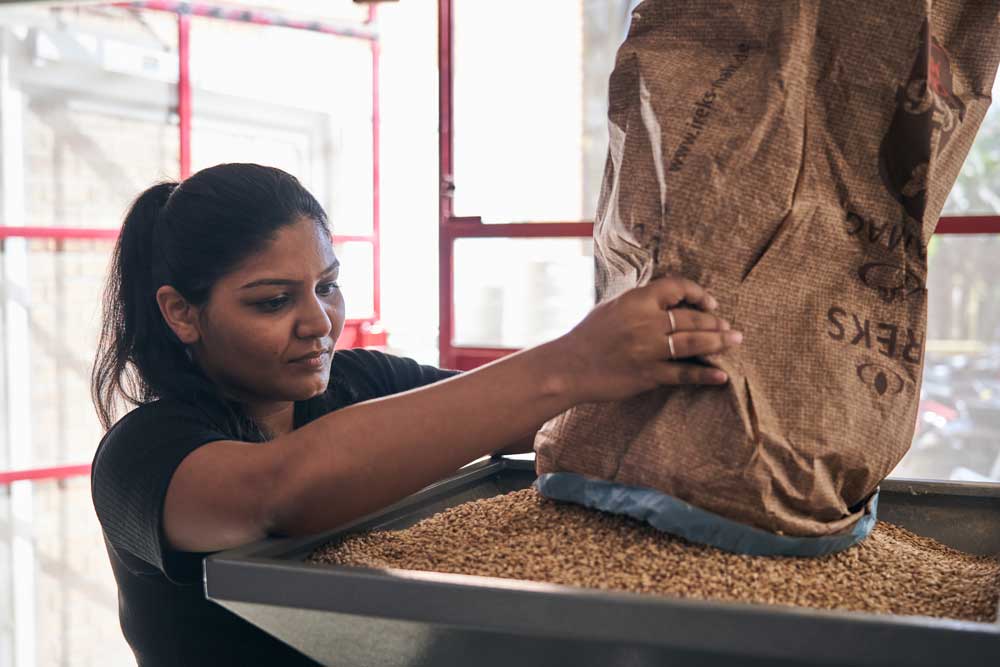 It is the word ‘Lager’ that is a critical part of the name, because the term conveys the style of beer the group selected mostly because it is easy to drink and is appealing to a wide audience in India. One of the reasons they named the collective ‘Ladies Who Lager’ is because of the wide recognition and preference for this style of beer. Currently, it is planned to brew a beer at Geist every year to bring together current and future members of this collective.

This limited edition 500ml crowler’s packaging symbolises figuratively a staircase or a passageway that connects two places, ideas, or states of being. One can also think of it as a feeling of progress or the beginning of some sort of endeavour. Also, a transformative passage involves the act of passing ‘through’ something in order to move higher,” said Sanjana Bhatt, designer of the creative for the Crowlers.

The Geist Stratosphere Lager will be released on March 8th, 2022 at Geist’s locations in Bangalore (the Geist Brewing Factory – Restaurant and Beer Garden as well as the Geist Brewing Taproom in Orion Mall). The beer will also be available to Geist’s network of  pub, restaurant and hotel partners to order and serve on tap at their locations. 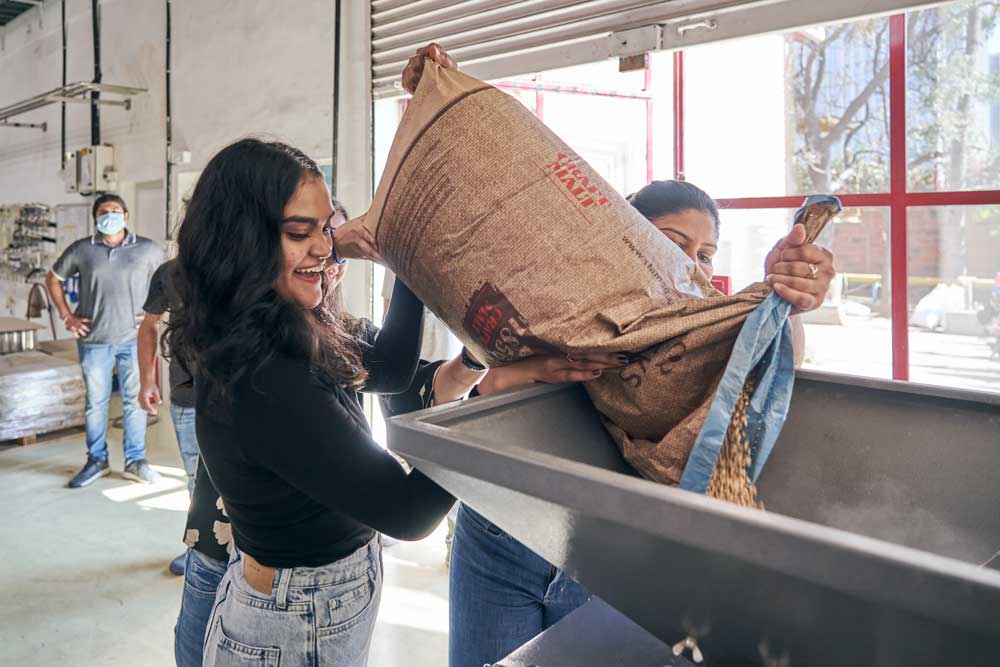 Aishwarya Ritti from Barley & Us – a microbrewery consultancy