Home / Education & Jobs  / Everything you need to know about Reinheitsgebot

Around 500 years ago, the Duke of Bavaria introduced a strict law to control what goes into making beer. This law was called “Reinheitsgebot” and it literally translates to the purity law. Here is everything you need to know about Reinheitsgebot.

Germany is a country that takes its beer so seriously that it has a word bierernst – which means “deadly serious” but it literally translates to “beer serious”. It shouldn’t be much of a surprise to know that they had purity laws to dictate which ingredients could be used in making their favourite brew. 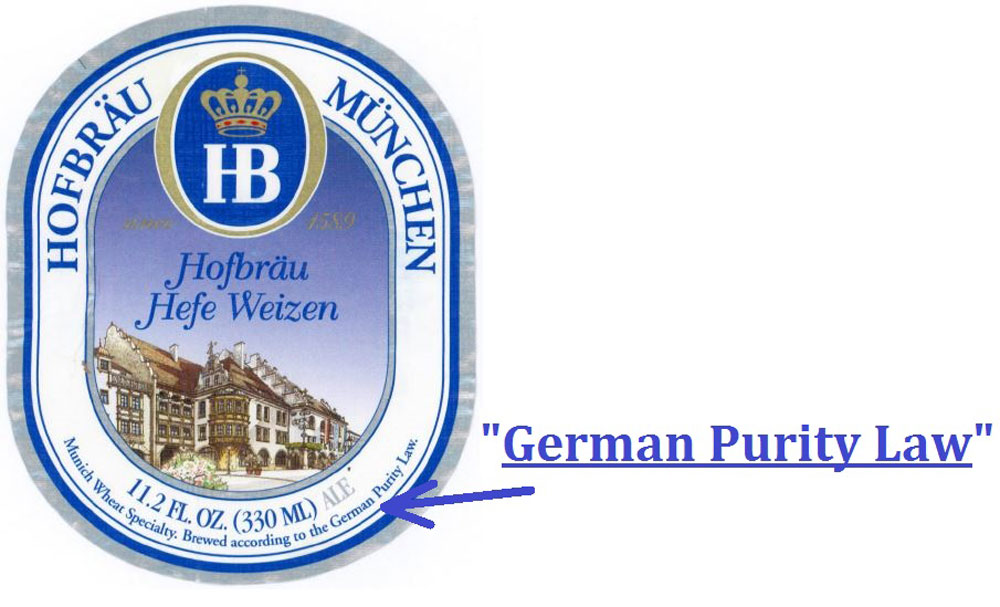 Beers brewed according to the Reinheitsgebot have special status under European Union laws as a protected traditional foodstuff.

Reinheitsgebot was issued in the city of Ingolstadt in 1516 by Duke Wilhelm IV and it aimed to do three things. To protect beer lovers from high prices. To ban the use of wheat in beer so that more bread could be produced. To stop unethical practices used by brewers that had them adding toxic and hallucinogenic ingredients as preservatives and flavourings.

The law decrees that brewers can only use 3 ingredients to brew beer i.e Water, Barley & Hops. People did not know the importance of Yeast at that time. It was later added that brewers could also use yeast in their brewing process. The modern version of the law now states that only malted grains, hops, water and yeast are allowed for brewing. 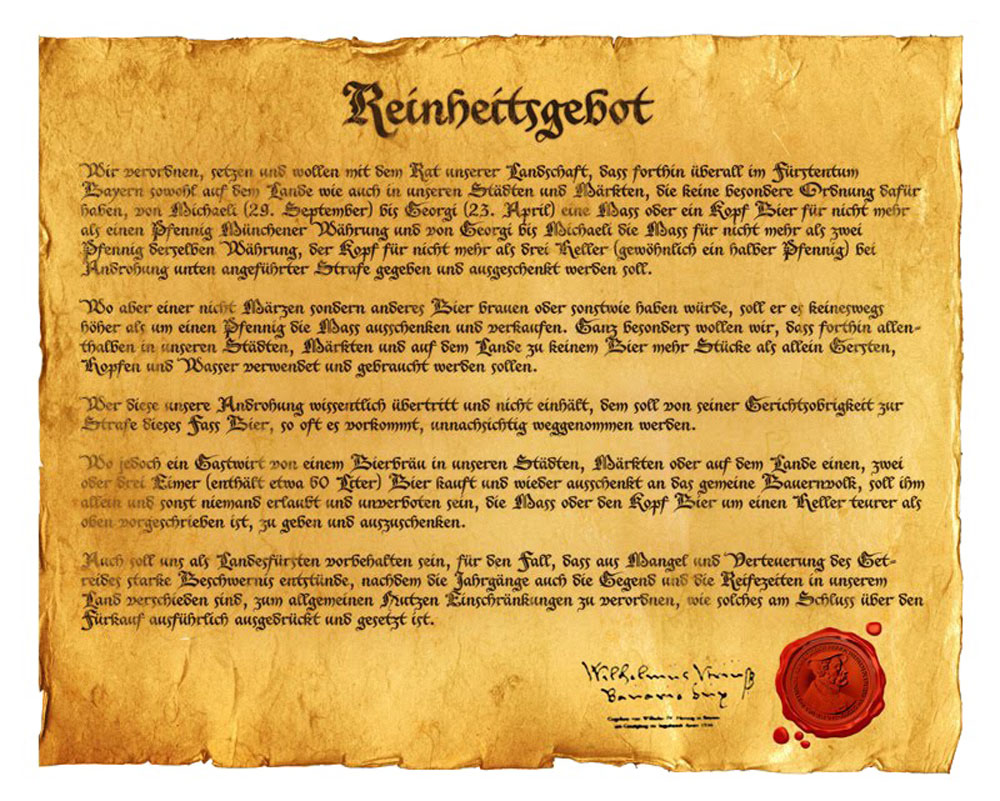 The text (translated) of the 1516 Bavarian law is as follows:

We hereby proclaim and decree, by Authority of our Province, that henceforth in the Duchy of Bavaria, in the country as well as in the cities and marketplaces, the following rules apply to the sale of beer:

From Michaelmas to Georgi, the price for one Mass [1,069ml] or one Kopf [bowl-shaped container for fluids, not quite one Mass], is not to exceed one Pfennig Munich value, and

From Georgi to Michaelmas, the Mass shall not be sold for more than two Pfennig of the same value, the Kopf not more than three Heller [Heller usually equals one-half Pfennig].

If this not be adhered to, the punishment stated below shall be administered.

Should any person brew, or otherwise have, other beer than March beer, it is not to be sold any higher than one Pfennig per Mass.

Furthermore, we wish to emphasize that in future in all cities, market-towns and in the country, the only ingredients used for the brewing of beer must be Barley, Hops and Water. Whosoever knowingly disregards or transgresses upon this ordinance, shall be punished by the Court authorities’ confiscating such barrels of beer, without fail.

Should, however, an innkeeper in the country, city or market-towns buy two or three pails of beer (containing 60 Mass) and sell it again to the common peasantry, he alone shall be permitted to charge one Heller more for the Mass or the Kopf, than mentioned above. Furthermore, should there arise a scarcity and subsequent price increase of the barley (also considering that the times of harvest differ, due to location), WE, the Bavarian Duchy, shall have the right to order curtailments for the good of all concerned.

The introduction of Reinheitsgebot is an important moment in the history of beer as it dictates how beer should be brewed in certain parts of the world, even today.