Devans Modern Breweries Ltd. is one of the pioneers of brewing in India, catering to genuine beer lovers with a fine taste. The brand was established in 1961 by Dewan Gian Chand, a pioneer industrialist of J&K, primarily as a liquor bottling plant to which a small brewery was added in 1967. This brewery was replaced by a modern, state of the art green field brewery at Samba on the outskirts of Jammu, which was commissioned in May 2014.

Way before brewing their flagship beers, DeVANS distillery has been producing quality malt spirits since 1961. It is one of the oldest producers of quality malt spirits in India. That being said, DeVANS has announced the launch of its premium offering – GianChand Single Malt Whisky. A move that seems familiar in the recent times where Beer giants are expanding their horizons into either single malts or whisky territory. GianChand Single Malt is the most delicate Indian malt with a pineapple drop candy sweetness carried hand-in-hand by barley and a firm vanilla backbone softened by thin oils that ensure the tannin build. But how did it all happen and what was the Chairman’s vision to pivot into the single malt category? We interview Mr. Prem Dewan, who is the Chairman & Managing Director of Devans Modern Breweries Ltd. Here’s what he had to say about their new offering.

Being one of the country’s largest commercial beer producers, how does it feel to enter into a world of premium single malt spirits?

We have been brewing and selling premium quality beers and our beer brands have become our identity today.  However, being one of the oldest producers of malt spirits, launching a single malt was a natural corollary for us. No one could have thought 10 years back that Indian Single Malts would be selling at par or even at higher rates than single malts made in Scotland. This has been possible today due to the excellent quality of Indian single malts, not from one but from a number of manufacturers. We have been maturing malt spirits since the last three decades and the quality of our matured spirits is known to all in the industry. So it is not as if this is something which is new for us. The only difference being that previously we were selling our matured spirit to liquor units we would now be selling it to the consumers though with a much higher maturity. 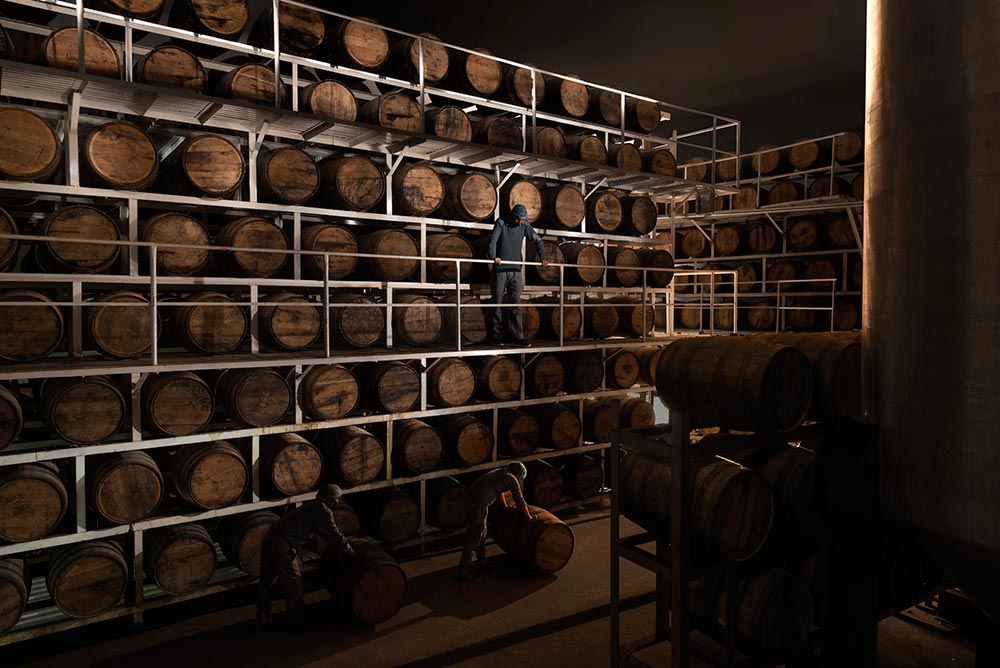 Whisky Barrels at the distillery

In terms of ideology, is there something similar among the vertical products of DeVANS such as premium beer, whisky, single malts etc?

Devans stands for quality. That is our ideology and it shows in the quality of all our products. Our complete focus is on quality control systems in all our endeavors. Companies survive only by investing in expansions and moving with the times and DeVANS is no exception. Our focus is not only on expansion but also on innovations and we have never shied away from taking risks for the betterment of the company and the improvement of our brands. We are constantly experimenting and developing new products. Last year we came up with two new beer brands- both firsts In India in their respective categories. Godfather Super 8, a lager beer with 8% alcohol which is the highest allowed in the Country, and Six Fields Cult, a Belgian Style strong White beer with 6.5% alcohol.  And this year we now have our own premium Single Malt GianChand which has got excellent reviews. 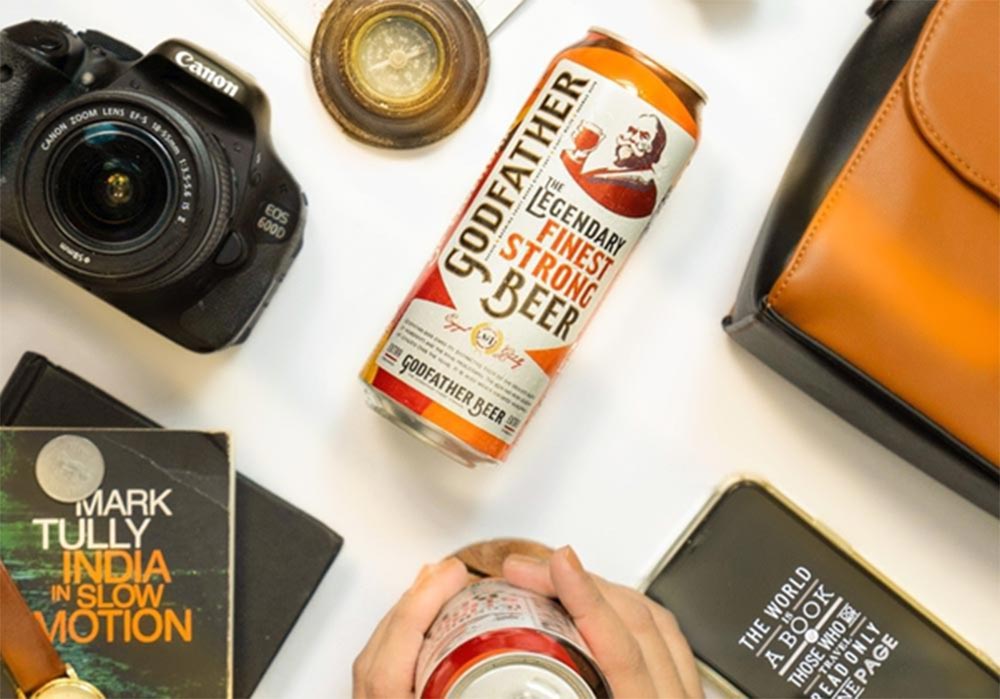 Godfather – a strong lager by DeVANS

Considering India is one of the world’s largest markets for whisky, how does DeVANS aim to bridge the gap between beer and whisky drinkers. How do you balance the overall portfolio with other key flagship products such as Kotsberg, Six Fields & Godfather?

India is one of the world’s largest markets of whisky and the Indian audience has shown a very positive acceptance towards premium Indian products. Premium liquor brands are witnessing robust growth. GianChand has just been introduced into the market and we are getting a very favorable response to it. As Jim Murray has quoted in his Whisky Bible 2022- “This is one of the most fascinating whiskies I have come across. Unlike any other Indian malt I have encountered before.”

Our premium beer brands are slowly making a name for themselves in the market due to their quality. Our Godfather Legendary has been regularly winning awards since it was introduced in all blind tasting competitions in the country. Same is the case with our Kotsberg Pils and Six Fields. It is a matter of pride for our company that our Kotsberg Pils has been awarded the Gold Medal at the Brussels Beer Challenge 2022 in Belgium while our Six Fields Cult got the Silver! 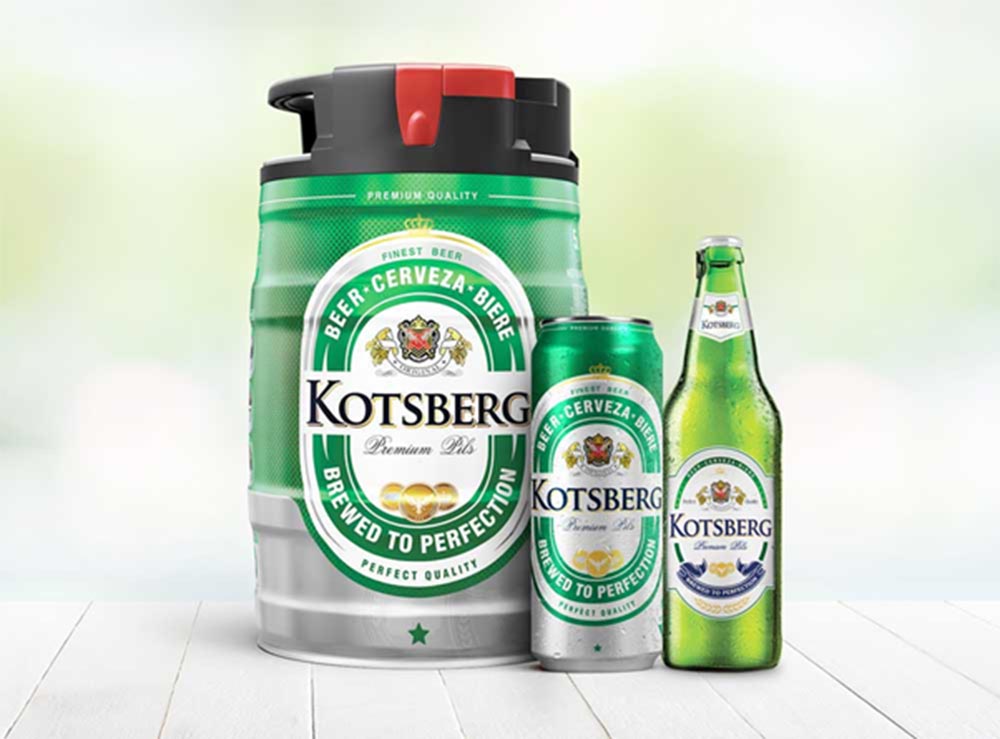 The Indian consumer has become very discerning and there is no conflict between the premium beer and single malt consumers. The products are absolutely different and aimed at different clientales.

Going forward, does the distillery/brewery plan to use Whisky barrels to age any upcoming complex beers, which is pretty common out in the west?

No, we do not plan to age our beers in whisky barrels. We believe the market is not ripe for such a development though the thought did cross our mind. 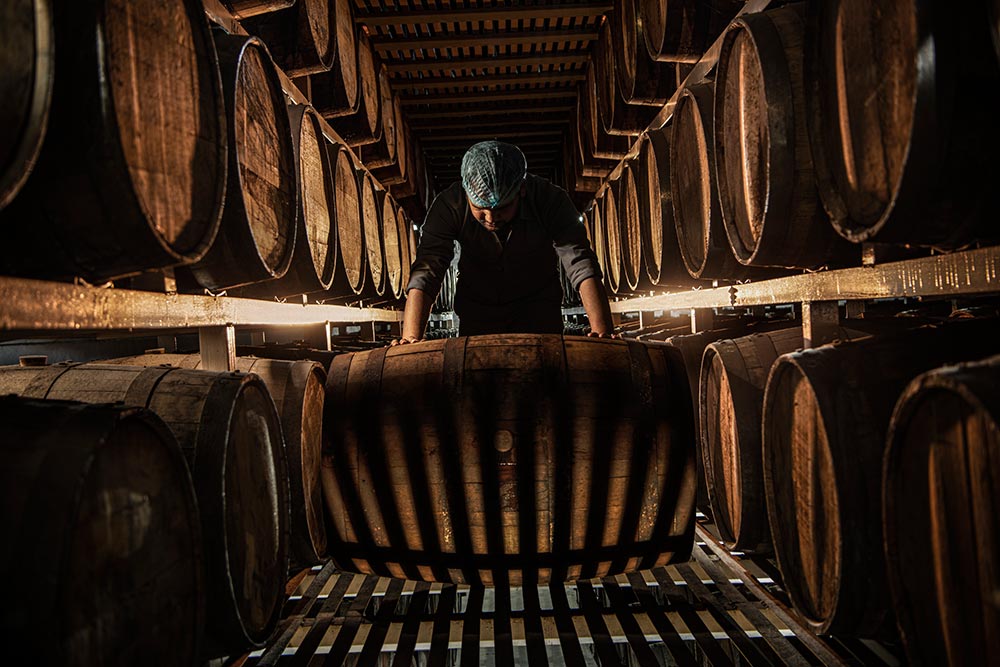 How has the alcobev market evolved in India over the last decade and where do you position your latest single malt whisky ‘GianChand’?

The Indian consumer is upgrading and moving up the ladder! We are seeing robust growth at all price points as the consumer upgrades to the next level. Covid did manage to play spoilsport but things are now back to normal. No one could have visualized 10 years back that Indian Single Malts would make such an impression in the market. But it has happened; not only happened but they are now the international favorites! We are seeing excellent growth in this segment with demand far outstripping supply. GianChand is a smooth and light, easy to drink single malt which has been positioned in the premium single malt segment. It is at the moment available in Jammu, Ladakh and Delhi and should be available in Gurgaon, Dehradun, Chandigarh and UP in the very near future.

According to Mr. Prem Dewan, GianChand Single Malt Whisky is “An ode to our founder Dewan Gian Chand, a self-made entrepreneur who started his career as a journalist and envisioned DeVANS as a company with high standards of quality coupled with values and ethics. GianChand Single Malt from our flagship unit is a major milestone for the company which has just completed 60 glorious years.” He further said that the distillation and maturation processes have been fine tuned in the unit during the past six decades to ensure ideal conditions for manufacture and development of the malt spirit during the maturation process. The flavors in the spirit have been optimized due to unique systems developed by the company and the ideal Jammu weather has also played its part in the process. 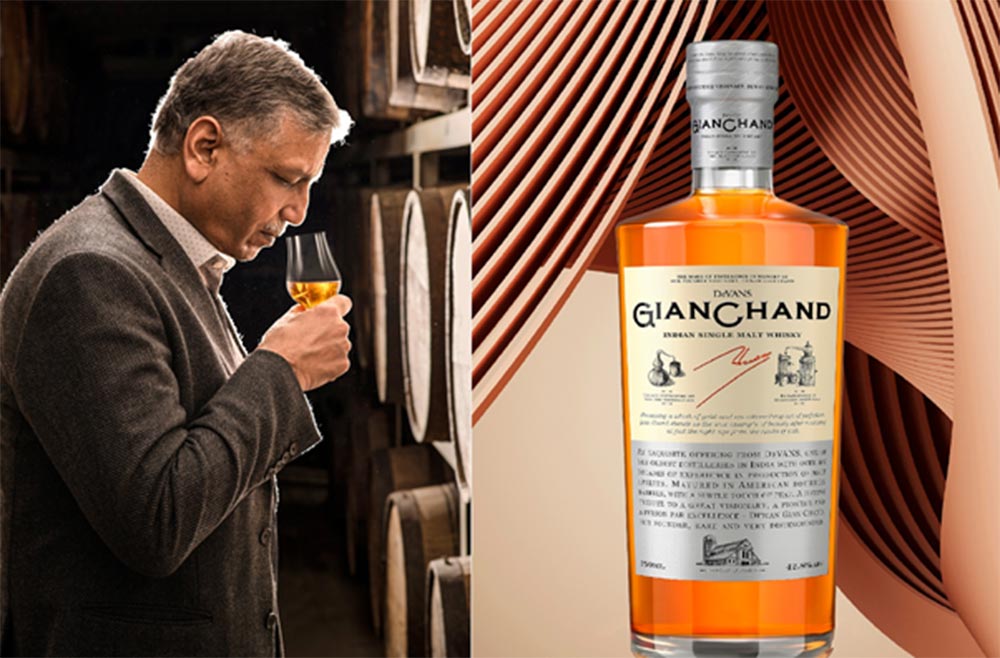 Referring to the maturity of the premium whisky, he added, “A one-year maturity in India is equivalent to more than three years maturity in the UK due to the much warmer climatic conditions here. The maximum appropriate maturity for Indian malts is about five to six years, after which they tend to get too woody due to the very hot weather in the country, especially during the summer. The climatic and geographical conditions in Jammu are ideal for maturation of malt spirits despite the heat and this is the USP of this creation.”

GianChand is far more delicate and refined than any other Indian single malt, with soft barley and spice taking different but vital paths as the complexity increases. Although the casks have matured for several years in high heat, the oak involvement is gloriously restrained, allowing the fragile malt and exotic fruit notes space to perform (as reviewed by Jim Murray in Whisky Bible 2022). 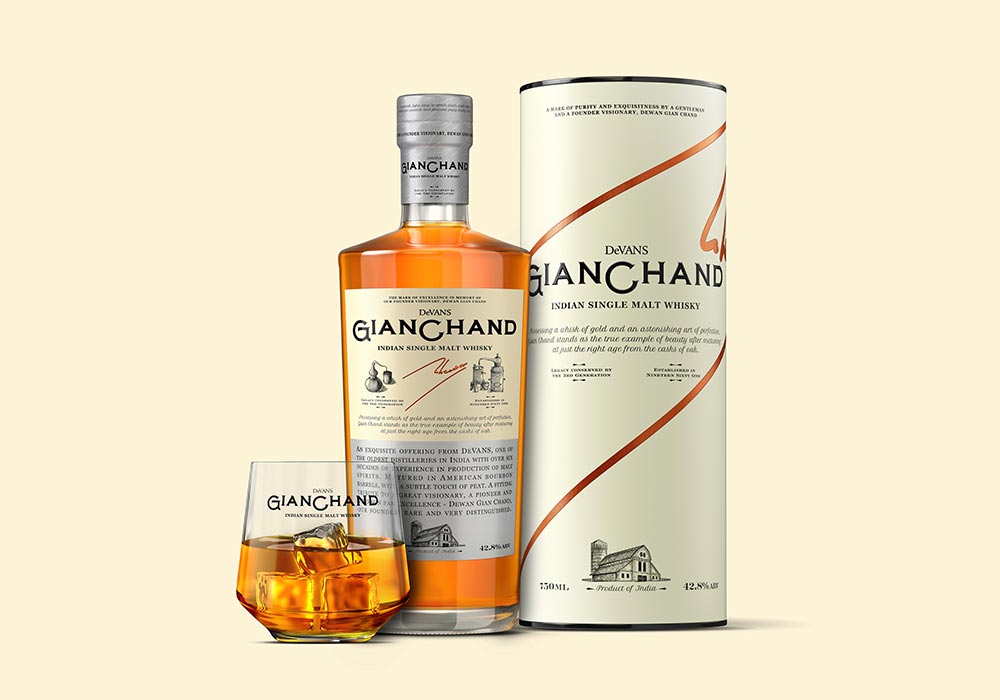 GianChand: Savor the spirit of Jammu – As per local traditions and folklores, Jammu is nearly 3,000 years old, with a colorful blend of both ancient and modern history. This essence of the ancient city, which lies in the lap of the Himalayas, has been encapsulated in GianChand Single Malt Whisky. It has currently been launched in J&K, Ladakh and Delhi, and is slated to be made available across at least 10 states in the very near future. GianChand Single Malt is currently available in Delhi at Rs 4,490.