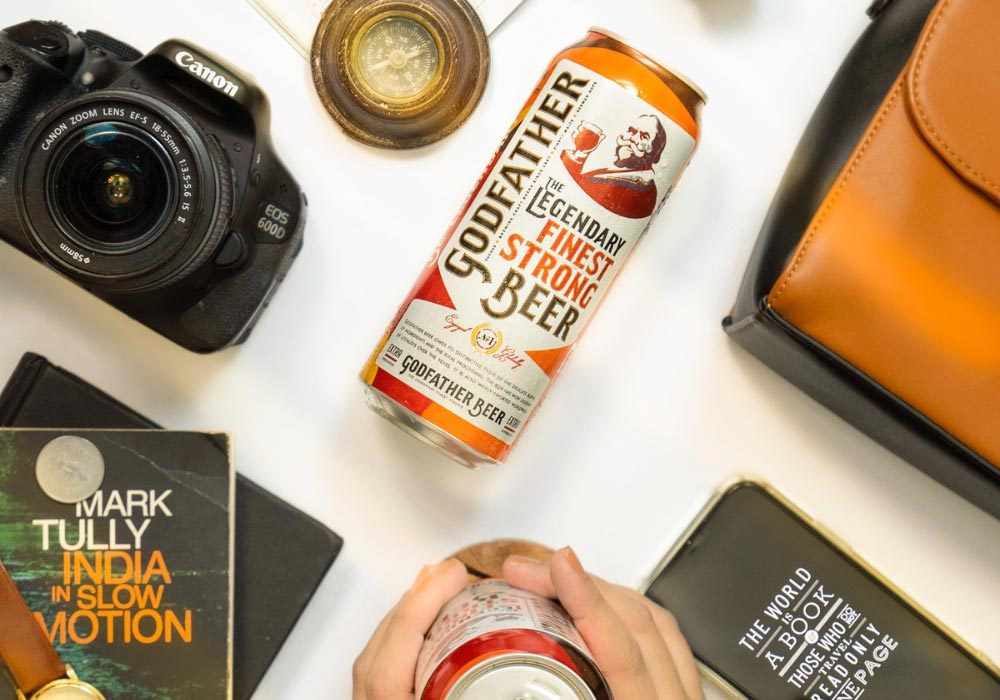 Devans Modern Breweries Ltd, a Jammu-based company, have been in the business for over six decades (from 1961) and have been manufacturing the country’s finest matured malt spirits and iconic beer brand Godfather. Recently, the makers of Godfather beer have added 32,000 KL of beer manufacturing capacity by affiliating with a brewery in Bokaro, Jharkhand. This has raised their total production capacity to 1,56,600 KL. Mr. Dewan is carrying forward the legacy of noted industrialist and liquor baron Dewan Gian Chand, who founded the company in 1961. An alumnus of Cambrian Hall Dehradun, Mr Dewan has expanded the reach of the company to New Zealand, Australia, Japan, Singapore, UAE, Vietnam and Hong Kong. With a combined production capacity of over 1 lakh KL the brand is supplied across the globe where it has won some prestigious awards.

Godfather beer happens to be their flagship brand which has won several awards in the recent past. Godfather portfolio includes two variants, The Legendary Strong that had bagged a Gold under the Strong Lager category at The Beer of India Awards 2022 and Super 8, which is labeled as India’s strongest beer with 8% ABV. To understand the brand’s story, growth and their USP, we interview Mr. Prem Dewan, Managing Director at DeVANS Modern Breweries Ltd. Here’s what he had to say.

How has the journey been for the Godfather brand so far and what were some of the milestones that you were proud to accomplish during this time?

In 1983 DeVANS launched a brand RAJGURU with the original mascot illustration which soon ran into trademark issues with the GURU brand of Mohan Goldwater Breweries. Though Devans successfully defended its trade mark in the case which went right up to the Supreme Court, in 1984 we changed the name of the brand to GODFATHER which sounded better and suited well with the mascot illustration which has now become iconic and synonymous with the brand. Godfather became an immediate hit with the consumers and still continues to be one of the most sought-after homegrown beers across several parts of India. 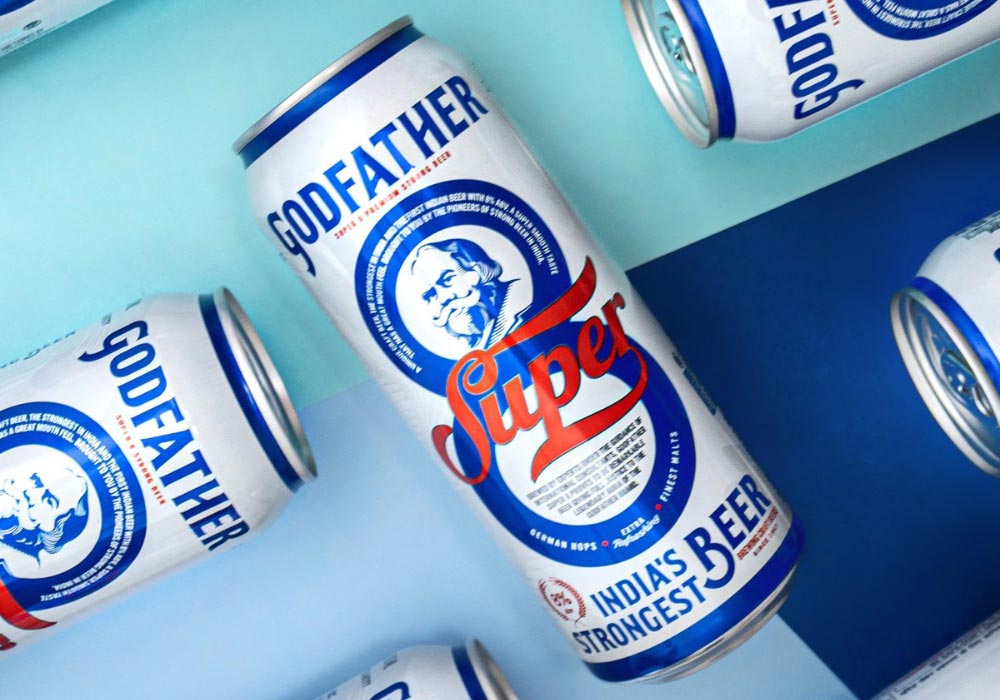 Godfather happens to be our flagship beer brand, owing to its iconic stature among the masses and experts alike. The primary variant of it is Godfather – The Legendary Strong Beer with 7.2% abv, which has regularly won prestigious awards and accolades over the years. Godfather is also being exported to international markets and is available in the USA, Japan, UAE, Hong Kong, Singapore, New Zealand and Australia. We also recently diversified the Godfather portfolio with the launch of Godfather Super 8, the strongest beer in the country with 8% abv. We refer to it as the dawn of the super strong.

Considering there are quite a few strong lagers in the Indian Beer Market, what makes Godfather stand apart and what’s the product USP?

There are quite a number of factors that should be attributed for the legendary status of Godfather. Unlike most other strong beers, the beer has a very smooth and full-bodied flavor as it’s brewed from the finest malted barley along with top quality German bitter and aromatic hops. Considering the fact that beer production is an extremely sophisticated and technical process, we have very strict quality control systems built into our production process in order to ensure that there are no deviations in the quality of our beers. 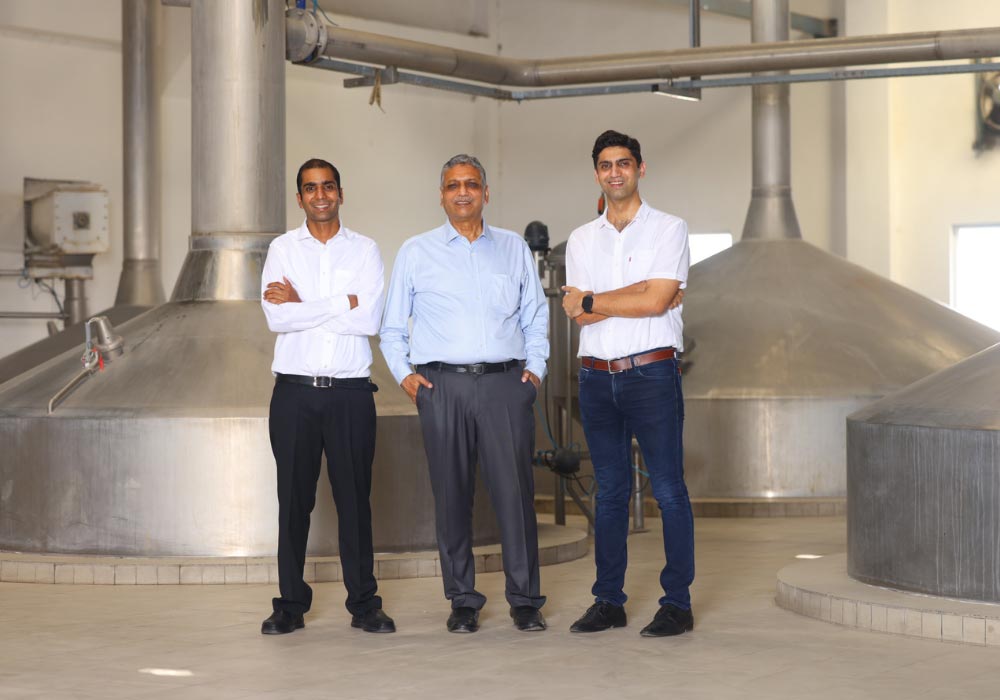 Godfather’s progress during the last more than three decades, from quality improvements keeping in pace with the times to completely restructuring the packaging to give it a more contemporary look, have all helped to  keep the momentum going for the brand. Right from the quality of raw materials, process control, additives, parameters, procedures, etc, everything has been maintained without even a small deviation, for it could have made a big difference to the quality of the finished product.

What makes the Godfather brand stand apart from your portfolio of sibling variants such as Kotsberg Strong?

Each of our beer brands – be it Godfather, Kotsberg or Six Fields – is distinct from the other with regard to the recipe, flavor, ingredients and hence the experience. For instance while our Godfather Legendary and Godfather Super 8 are traditional strong lager beers, Kotsberg gets you to enjoy the notes of aromatic german hops with a light bitterness, while our Six Fields Blanche and Six Fields Cult, with 4.5% and 6.5% abv respectively are Belgian style white beers brewed in the traditional Belgian style with notes of orange and coriander. 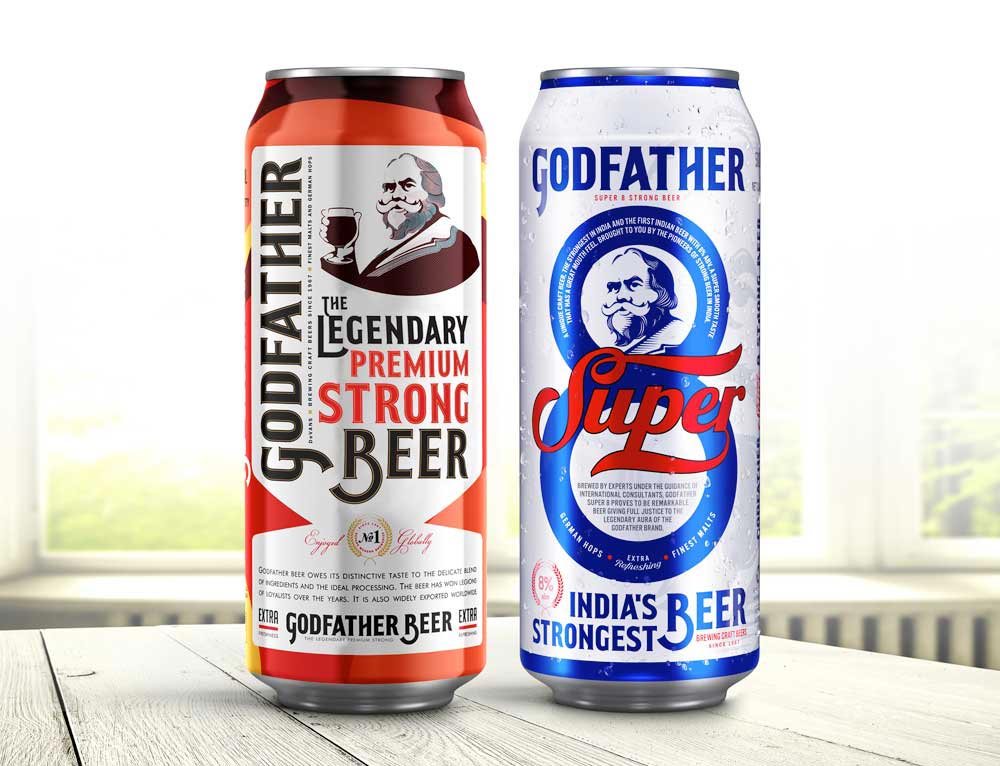 With super-mild beers making an entry as a separate category in the Indian beer landscape, and no/low alcohol beers slowly trickling into store aisles as well, where does India’s love for strong lagers currently stand?

If we look at the initial phase of beer evolution in India, it was traditionally a light beer market with most sales recorded of beers with less than 5% alcohol. The earliest brand in the segment in India was Golden Eagle, introduced by Dyer Meakin Breweries Ltd way back in 1855. It was essentially after the late 1960s and 1970s that the strong beer market began to flourish and subsequently boom in the country. 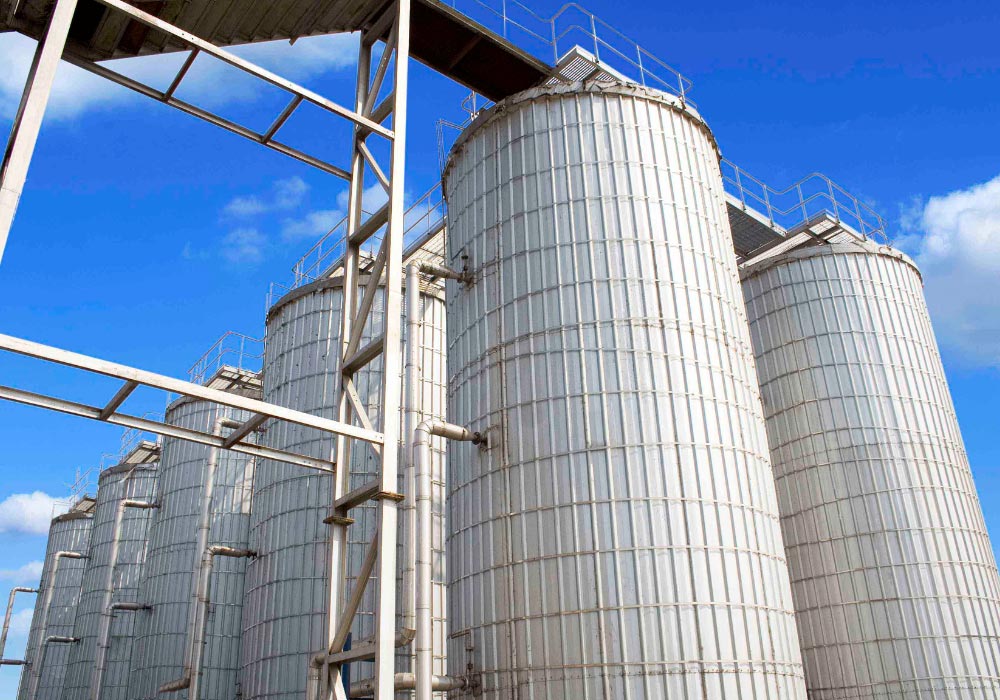 The first few strong beer brands were GURU by Mohan Goldwater Brewery, followed by Rajdhani by DeVANS, Thunderbolt by Mount Shivalik etc. This was followed by strong beer launches by all major Indian brewers and then even by the multinational brewers which ultimately paved the way for premium strong lagers. However, the fact remains that even today the strong lager remains the hot favorite among Indian beer lovers.

Godfather’s Strong Lager had bagged a Gold medal at The Beer of India Awards 2022. According to the brand, how important is it for the industry to have an event that recognizes excellence in beer?

An award is a notable appreciation of one’s hard work, vision as well as perseverance. Godfather remains our flagship and most consistent award-winning brand though all our other beer brands, such as Six Fields Blanche, Six Fields Cult and Kotsberg Pils all won gold in their respective categories at the Spiritz Selection Awards 2022. The jury consisted of eminent personalities in the liquor industry and the beers were judged through blind tasting which is a testimony to the quality of our beers. Such awards are definitely a source of encouragement and also an inspiration for us and egg us on to do better. 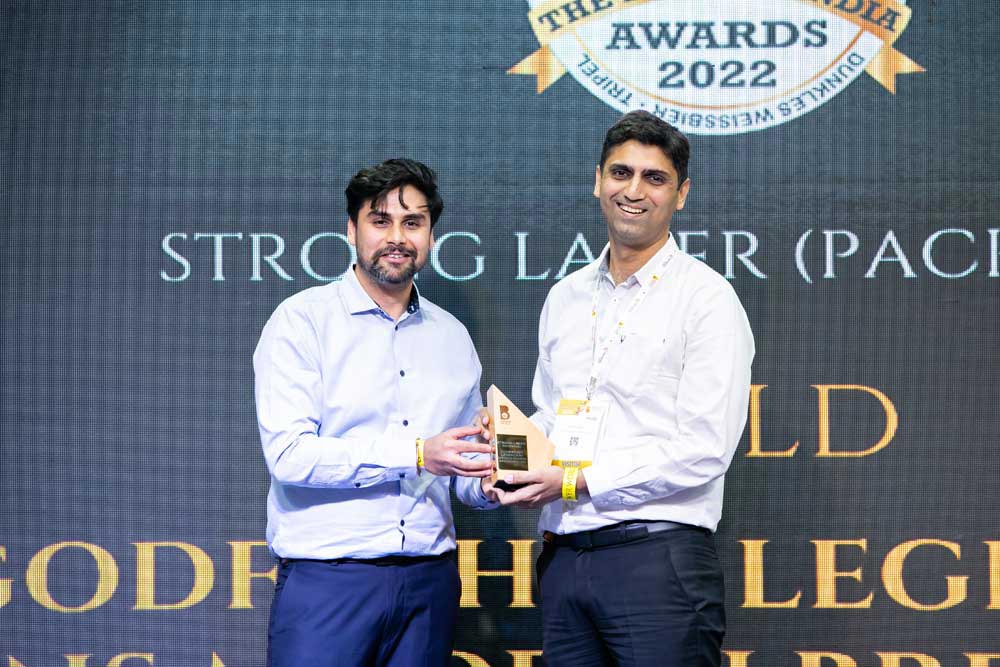 How does Godfather see itself fitting into India’s dynamic and constantly evolving commercial beer segment?

When we talk about Godfather, we are talking about a beer brand which came into existence nearly four decades ago. The fact that both its original Legendary and latest Super 8 variants continue to win appreciation and accolades from masses as well as experts at blind tasting or other similar events is manifestation enough of the fact that the Godfather has always been ahead of its time and is attuned to India’s dynamic and constantly evolving commercial beer segment.

Do you plan on launching Godfather beers across other states in India? In line with this, are there any plans to export the beers to other countries as well?

Godfather predominantly has a widespread presence in northern, eastern and northeastern regions of the country, with a significant headway made in this regard in recent times. We have, however, ramped up our production drastically through production tie-ups with entities in Arunachal Pradesh as well as Jharkhand, taking the capacity to 1,56,600 KL. While we are committed to expanding our presence and increasing our capacities, we do face a roadblock in the form of huge expenses on freight and state-wise import levies, which the states don’t seem willing to balance out. 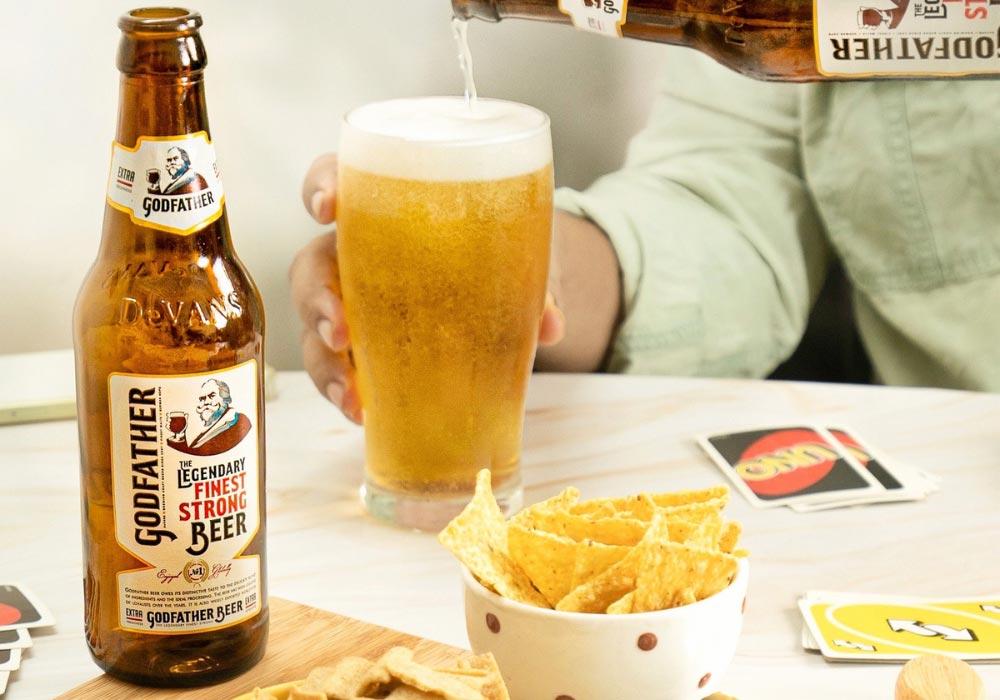 The prospects are further marred by the substantial spike in cost of all inputs this year. Hence, we bank on a strategic growth module, envisioned to maximize our presence. Regarding exports, we are always on the lookout for profitable export markets and would definitely love to expand but on our own terms.