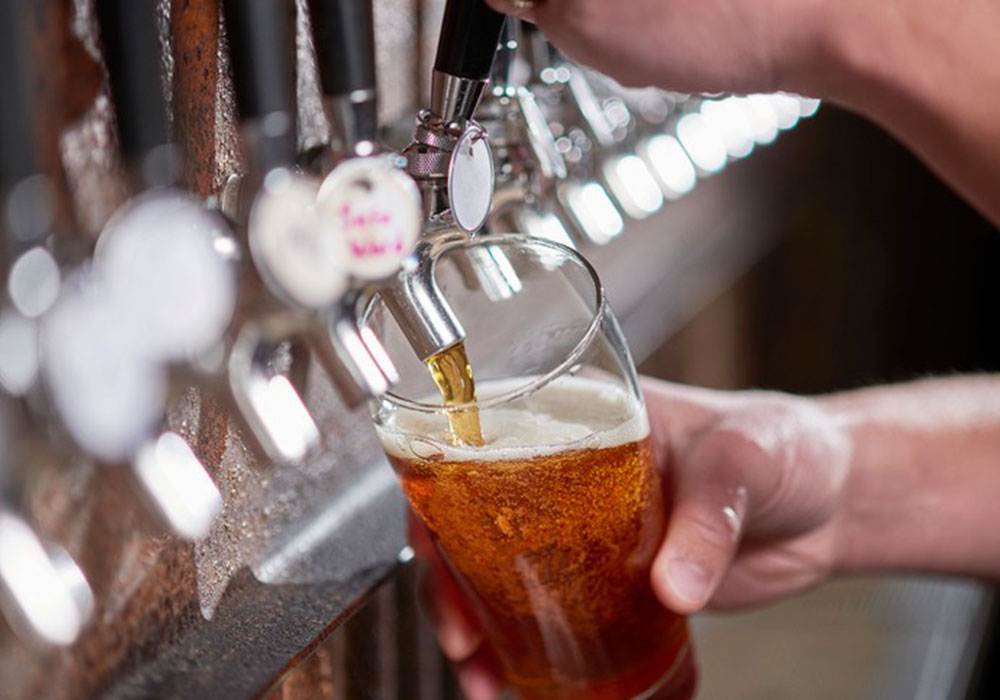 The pandemic has had an overwhelming impact on India’s alcoholic beverage industry since March 2020. From temporary and permanent closures of on-premise and beer spoiling in the tanks to bills piling up and supply change disruptions – the Indian beer industry has seen, dealt with and emerged through it all – fighting back to revive what has been lost. 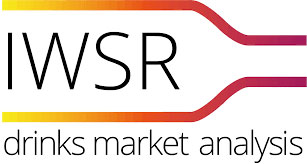 Brewer World wanted to get a deeper insight into what the near future holds for the beer market, specifically. So we reached out to IWSR Drinks Market Analysis – a name that is recognised globally as the world’s most trusted information and insights source on the alcoholic beverage market.

Curious to know more about the performance of beer in 2020 – both from a global and Indian market point of view, Brewer World interviewed IWSR analyst, Jason Holway. Here are his thoughts!

1. What did the global market value of beer look like in 2020? Could you tell us how India compares to this?

Beer market volume consumption in 19 key markets that make up 75% of global total beverage alcohol consumption is expected to be down approximately 9% in 2020.

Preliminary forecasts for beer market performance in India in 2020 indicate that the category volume consumption will likely be down by more than 25% but recovery to pre-Covid-19 levels will be quite swift.  If national or key state lockdowns get re-imposed in 2021, that will seriously impact the category’s recovery, as the April to September season is critical for good annual performance. 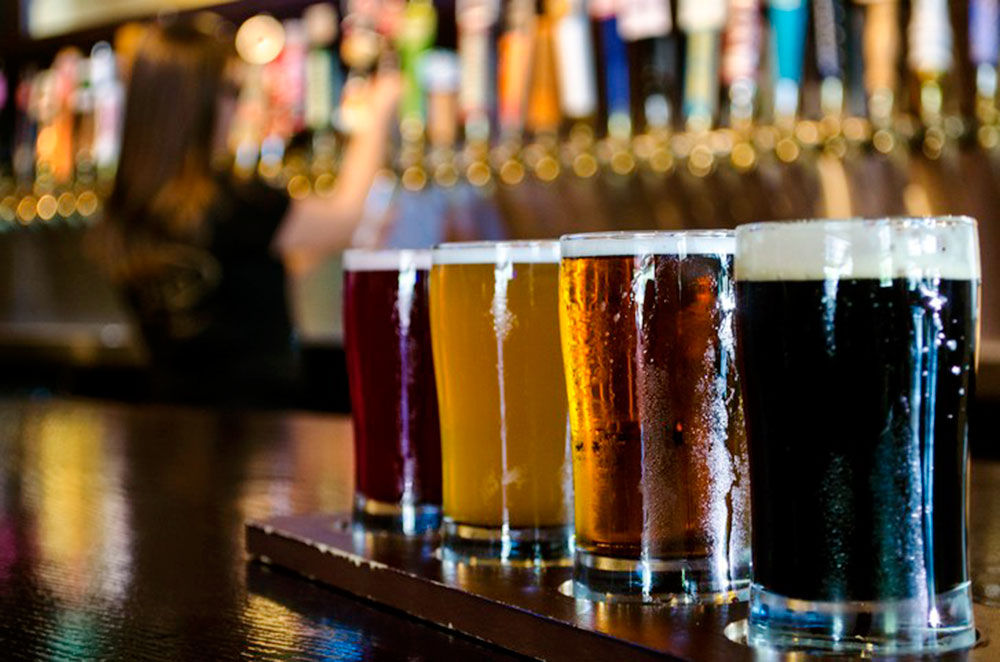 2. How have you seen beer perform in mature markets vs. emerging markets in 2020. What insights can you shed on the same?

IWSR research shows that some beer markets will emerge from 2020 relatively unscathed: beer proved remarkably resilient in Japan, for example, especially in the face of a strongly-advancing ready-to-drink (RTD) category. Although beer in China will see an approximately 7% loss in volume in 2020, the decline is not as bad as many feared it could be, primarily as restrictions had largely been lifted by the key summer months.

Looking forward, developing markets will continue to provide growth opportunities for brewers. Even before Covid-19, many developed beer markets had stagnated in recent years. Key players have invested heavily in increasing their brewing capability and distribution networks across developing markets. Brazil is a key growth opportunity for the beer category, and Africa has been a particular focal point for investment, with new breweries opened in countries including Mozambique, Kenya and Ethiopia. 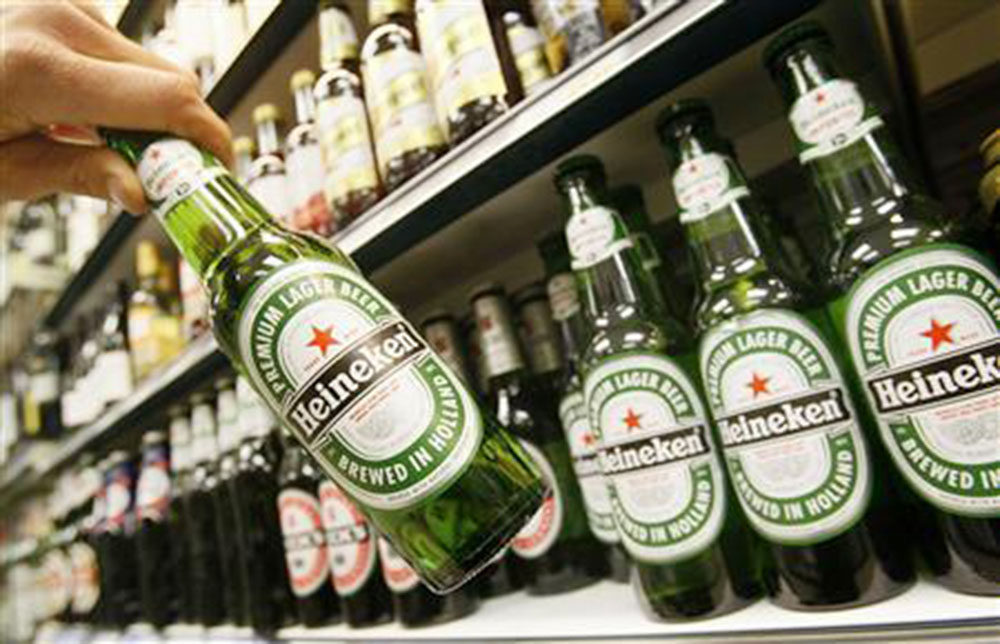 In Asia, Heineken and Carlsberg have been very active in Vietnam and Cambodia. In 2019, Heineken enjoyed success with the launch of Heineken Silver in Vietnam, while Carlsberg’s relaunch of Huda was also well received. Of the leading markets, IWSR projects these two countries to be in the top ten growth markets between 2019 and 2024.

The potential for beer growth in India is strong as well. AB InBev, for example, began brewing Budweiser in the market back in 2010. In January 2021, Kirin Holdings announced an investment of $30 million in New Delhi-based B9 Beverages, the maker of the Indian craft beer, Bira. 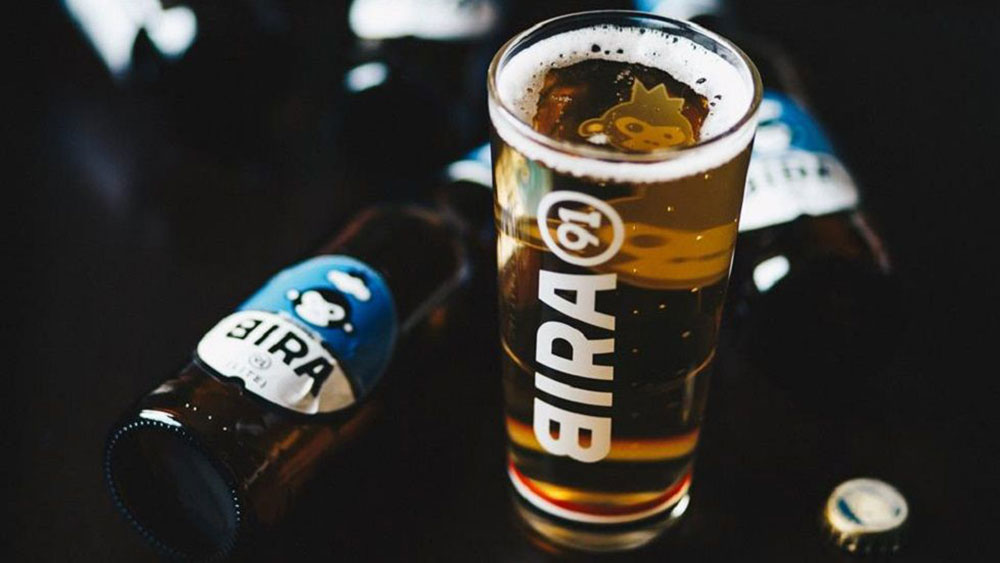 3. In what major ways would you say has the pandemic affected beer market numbers?

Beer suffered quite heavily during 2020, primarily due to its reliance on bars and restaurants. Beer markets in Italy, the UK and Colombia were amongst those particularly hard hit due to lockdown restrictions. Traditional inbound tourism hubs continue to hurt. Some brewers also faced legislative issues, notably full bans on the sale of alcohol in South Africa and India, and a ban on domestic brewing in Mexico.

Changes in consumer purchasing behaviour in retail, such as a tendency to purchase multi-packs and less time spent browsing, meant some players had to adapt to new packaging offerings and/or new distribution channels as well. 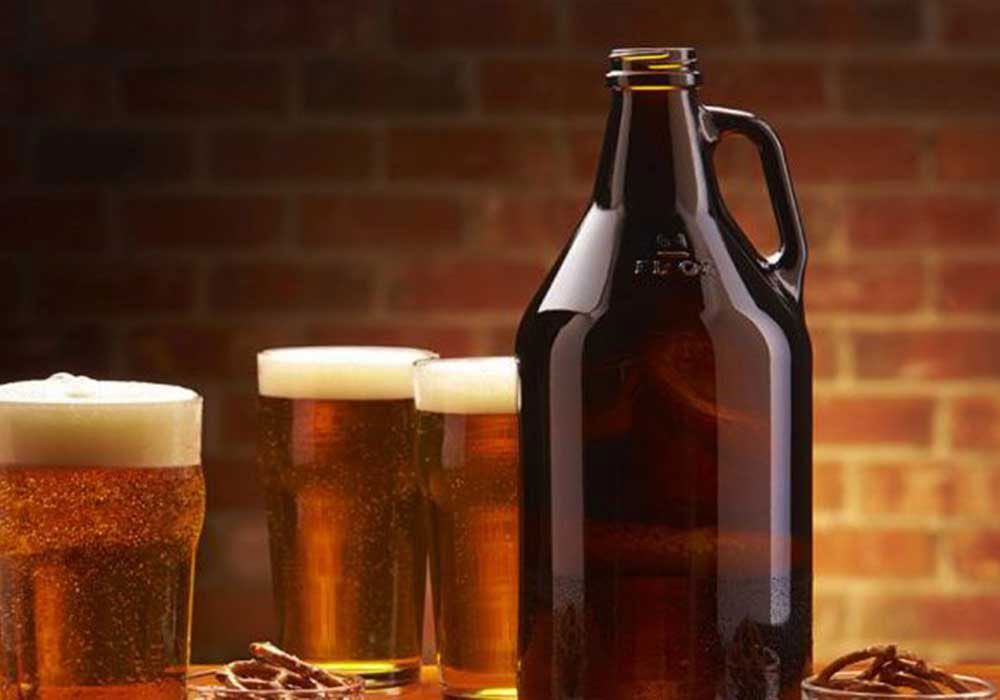 4. What, in your opinion, are the key driving factors for the remarkable resilience the beer market has shown in 2020?

Globally, key trends that will drive the beer category are:

i. Brewers expanding beyond beer: As consumers moved to the at-home occasion, the trend for convenience has helped to shape purchasing behaviours. In markets such as the US, the ready-to-drink (RTD) category, which includes hard seltzers, has been taking share from beer. RTDs provide a growing opportunity for brewers to diversify their product portfolios. Indeed, Heineken entered the hard seltzer category in September 2020, with the launch of Pure Piraña in Mexico and New Zealand. In the US, Heineken partnered with AriZona to launch the AriZona SunRise Hard Seltzer in October 2020. AB InBev states that Bud Light Seltzer is their leading innovation in the US market, with over 75% of the volume being incremental to their portfolio. In fact, 2021 was the first year in which a hard seltzer commercial (Bud Light Seltzer) aired during the Super Bowl. 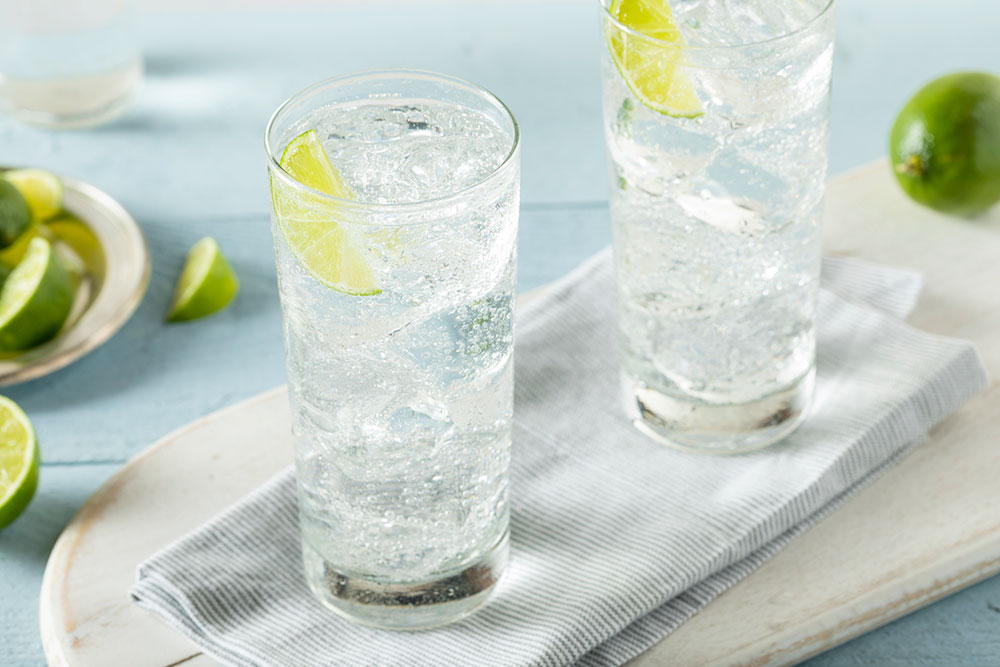 ii. Changes in purchasing behaviour propel eCommerce: As with the wider beverage alcohol industry, Covid-19 has propelled the value of the alcohol e-Commerce channel. Heineken, for example, reported that Beerwulf, its direct-to-consumer platform in Europe, nearly doubled its revenues in 2020, while in the UK, its revenues tripled. Online sales of its home-draught systems grew as well.

Beer has traditionally under-traded online, primarily due to the channel offering lower margins. However, this will change as consumers continue to buy more groceries online and beer is included in the weekly shop. This is especially true in the US, where IWSR expects sales of online beer to grow rapidly as supermarket chains increasingly invest in the channel. 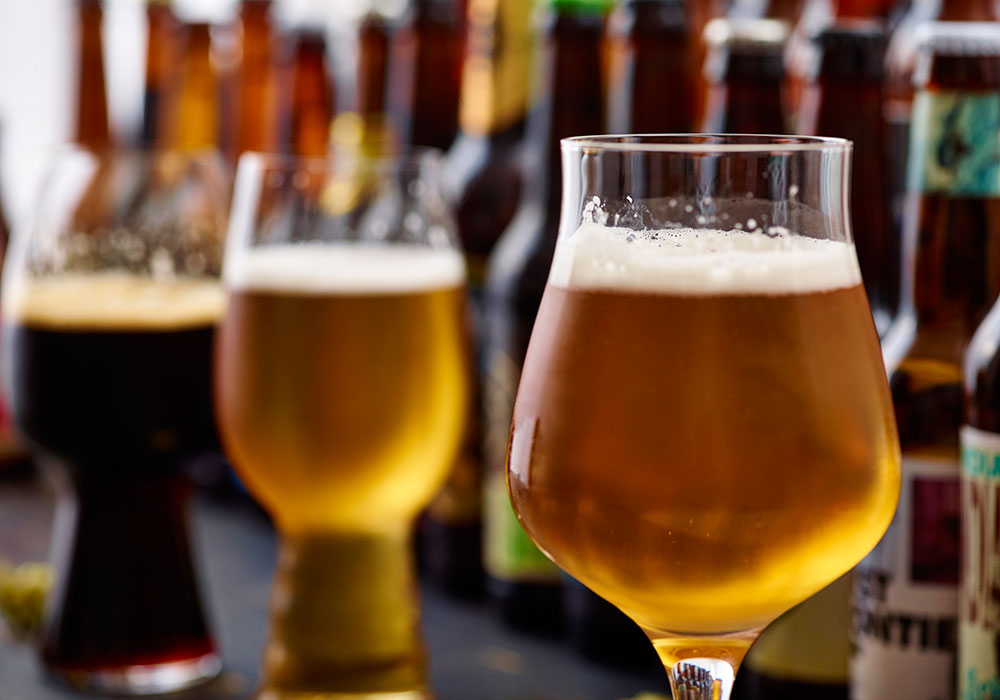 iii. The entrepreneurial spirit of small-batch players: Craft breweries, which tend to be more dependent on the on-premise, have propelled interest in the global beer category and revitalised its fortunes in many markets. IWSR believes that the entrepreneurial spirit of the sector will mean that craft brewery regeneration will be quick. In the US, for example, IWSR has seen the pandemic lead to a “buy local” approach amongst some consumers, which will benefit small-batch players.

iv. Innovation in the no/low space reignites the category: No- and low-alcohol beer is a bright spot for the category, as moderation and wellness trends continue to resonate with consumers.

5. How do you see no and low alcohol beer performing in Asia in comparison to markets like that of the US and Europe?

The Indian no and low-alcohol market is very much in its infancy, although expectations from key stakeholders in the market are that India will come to be one of the more significant no/low markets around the world, possibly within the space of a decade.

No/low products are proving most popular with younger adult consumers, who are welcoming a choice beyond alcohol as their repertoires expand beyond the drinks of childhood. For the moment, only no- or low-alcohol beer has any sort of profile, served by both imports and some domestic production, with some local players competing alongside the international brewers. No/low spirits, wine and RTDs are confined to minimal imports.

Covid-19 put the brakes on the next phase of category development, as meeting the challenges across the existing beer business became the key focus for major stakeholders. While no/low-alcohol beer sales grew by as much as 60% between 2018 and 2019, it is believed that momentum was lost in 2020.