Home / Microbrewery  / Bold, Beautiful and Delicious: The Bier Library Is Raising The Bar For Experimental Beers And How!

What is a place which is arguably better than a real library? The Bier Library. Renowned for their huge library of beer styles from around the globe and a staff that always knows what you’ll like. Just don’t try to taste them all in one go!

The Bier Library is located in the core of Koramangala, Bengaluru. It is truly a paradise for all things beer. Set up as a gigantic open space along with two spacious floors sweeping across 20,000 sq. ft, the brewery sets up a relaxed atmosphere at any time of the day. To add to the glory, water bodies like Koi Pond are laid out right at the centre which promises panoramic views from every corner of the lush microbrewery. 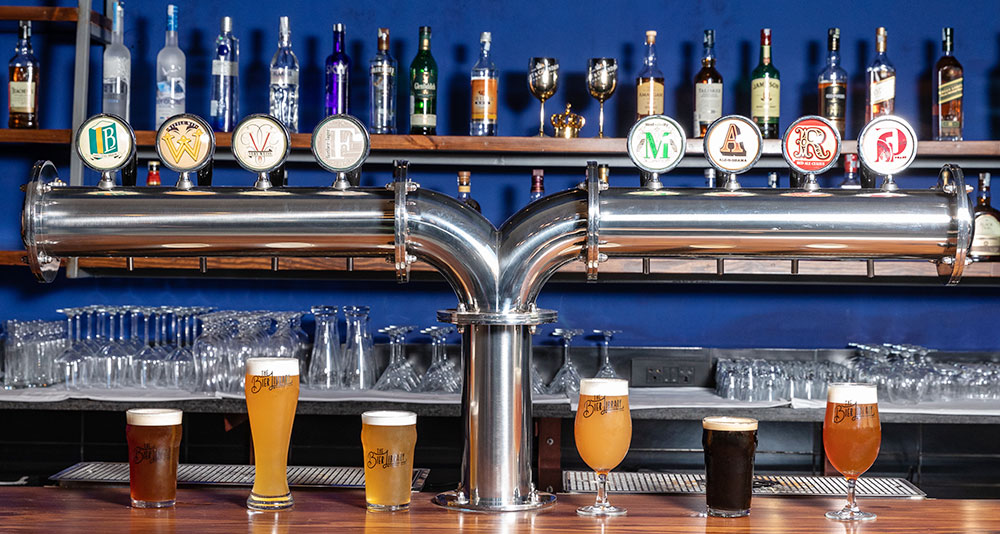 Beer line-up at The Bier Library

The Bier Library is only into its third year and up until now, they have brewed a staggering 2 Lakh litres of beer. With their tap line-up being so diverse, it is no wonder that they have managed to craft about 36 beer styles since their inception. Apart from this, The Bier Library’s founders have a grand vision for the future to add more complex beers and do more collaborations across the globe.

The Bier Library is one of the first microbreweries to introduce cross brewery collaborations in the beer capital of India. To kick things off, The Bier Library’s first ever collaboration was with the Yellow Submarine’s crew where they had brewed Guava Belgian Witbier.

Post this successful collaboration, The Bier Library has ventured out even further down under to partner with GooRoo brewing from Australia. This was one of a kind international collaboration brew which took everyone by surprise. As a result of this stellar alliance, GooRoo AIPA was born. It was a rare experiment where the crew had come up with a distinctive beer style named Australian Indian Pale Ale. AIPA was a true Aussie-style bash loaded with Australian hops and it went down like an absolute treat! 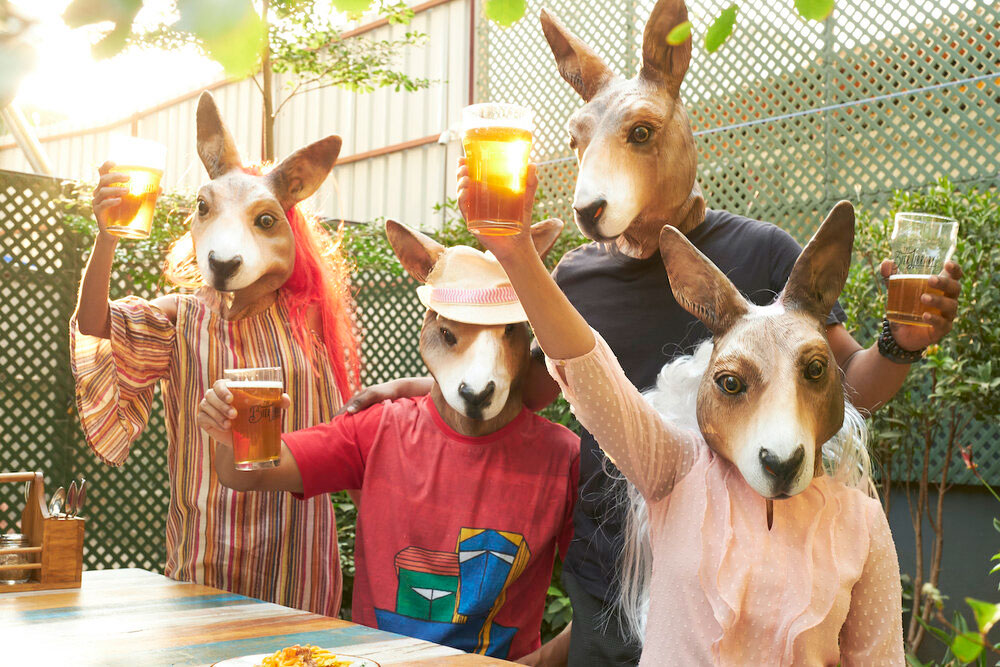 Experimental brewing is at the heart of The Bier Library’s core principles. It is a risk they are willing to take and so far, it has turned out to be a massive success for the lush microbrewery. Some of the most eccentric beers ever brewed were Australian Indian Pale Ale, India Pale Lager, Double IPA, Milkshake IPA, HBC 472 Pale Ale, Belgian Dubbel, Iced Tea Lager and India Red Ale. 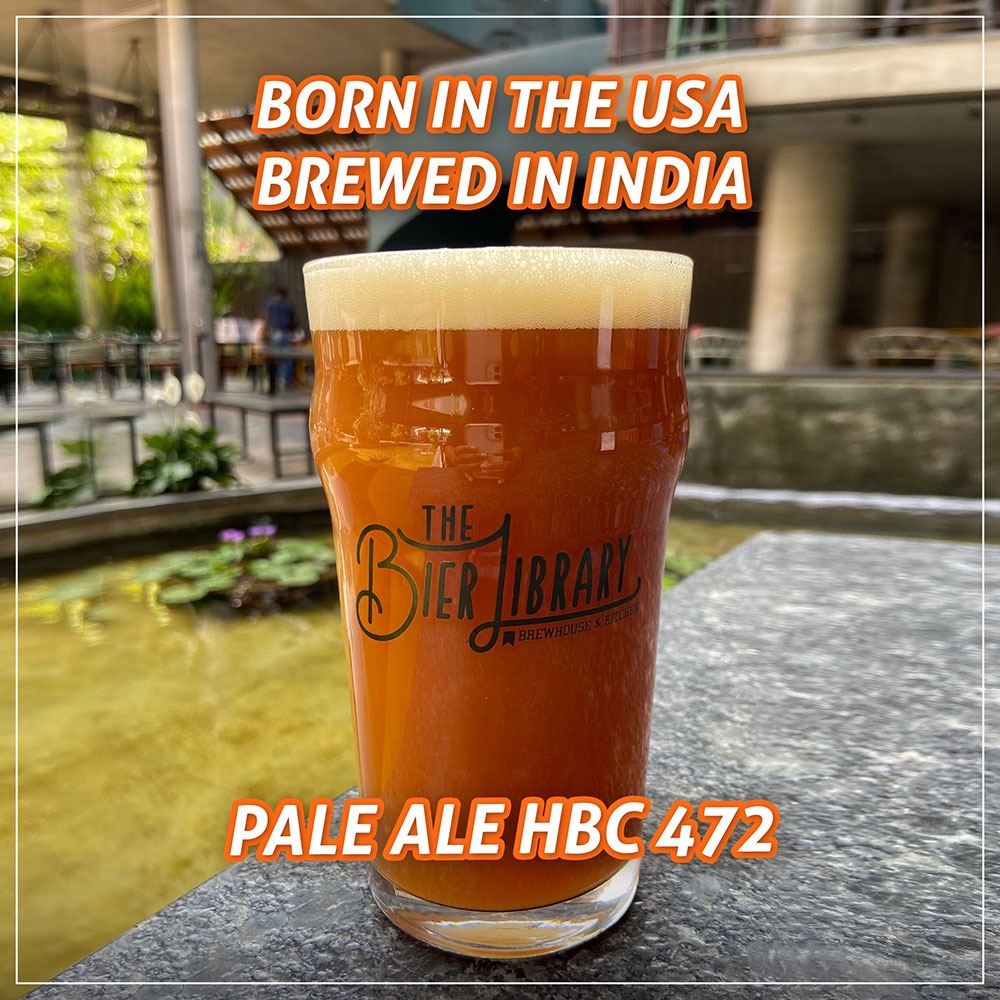 Every beer has a great story behind it. Likewise, experimental beers at The Bier Library are always brewed with an intent behind it. Trying out a new hop variety to understand its unique character or playing around with malt or yeast strains to study complexity are just one of the few things that the microbrewery does. Due to the heavy footfall of hopheads, The Bier Library’s signature Double IPA remains the most loved and popular beer style.

The beer drinking experience for any consumer begins with a set of samplers. These samplers are eventually followed by the pint glasses. To make sure the indulgence is exhilarating, The Bier Library has sourced most of the beer glassware straight from Germany.

Wide array of beer styles at The Bier Library

In addition to this, staff training at The Bier Library is of utmost priority. They go above and beyond by training every staff member about all of their beer styles. 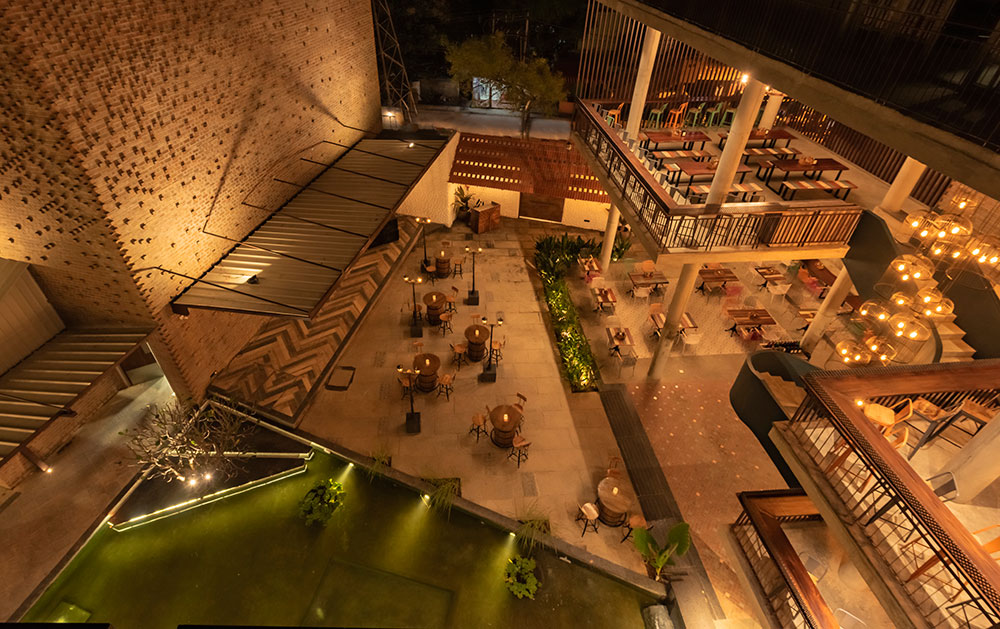 Bird’s eye view of the brewery

The Bier Library is a reflection of irrepressible spirit that is ingrained into their DNA and that’s what makes the microbrewery stand apart from the rest.