A journey intertwined between History & Alcohol 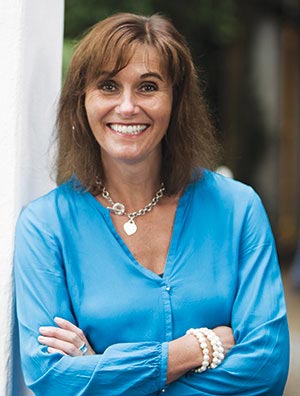 History and alcohol haven’t always been the best of companions, they are often seen as two externalities of time and their association isn’t seen as a common one. One tends to inhibit your senses and the other helps recall one’s past. A company that takes this association and intertwines it with their personal story, topping it off with a lovely brew is Schneider Weisse. Susanne Hecht talks with Aakash Athawasya, BW Correspondent.

From the heart of Bavaria, the south-eastern state of Germany comes a beer that embraces both alcohol and history and instils a deep sense of German culture. Schneider Weisse or G. Schneider & Sohn is a 145-year-old brewing company and is one of the oldest and largest in Germany. The Schneider Brewery was established in 1872, when its founder Georg Schneider I, was given permission from King Ludwig II of Bavaria to obtain “Weissbierregal” i.e. the right to brew wheat beer (Weissbier), which until that time was permitted only to the royals, Georg I Schneider and his son Georg II Schneider were the first commoners to ever brew wheat beer in Germany. The founders’ memory is embedded in their brewery and beer, their brew “Mein Original” still follows the 145-year-old recipe, and can be found under its contemporary name “TAP7”.

Knowing the history of Schneider Weisse is knowing the history of Germany and the timeline of a brewery that had to survive two World Wars, countless insurgencies, political movements, internal and external displacements, depressions and national instability. It is impressive how its name remains iconic all across Germany. In 1872 Georg Schneider I, himself bought the Maderbräu at Tal 7, now known as “Weisse Brauhaus”, one of the most culturally significant and traditional breweries throughout Munich. The company had also purchased the former ducal wheat beer brew houses in Straubing and Kelheimin 1927, the latter location is where their entire production shifted to after their Munich site was destroyed due to wartime bombing in 1944. They have since rebuilt their breweries and established facilities all across the country with the main production facility as it was in 1927 in Kelheim, 100 kilometres from Munich. The rich historical association with Bavaria and beer is indeed profound as it seeps into their brew as well. Deviating from the more modern trends, Schneider Weisse has always stayed true to its Bavarian roots, using only locally grown ingredients, and combining it with the original brewing process of the Schneider family, their undeniable expertise in the production of wheat beer, has, in some ways, saved it from dying out.

People would often say “The history of wheat beer is also the history of the Schneider brewing family and its famous Schneider Weisse,” and this holds true today. The enormity of their success and their leading innovation for decades in the wheat beer industry has helped propel Germany to the position of a pioneer in the brewing of this particular beer. The Hefeweizen style beer, popular in Germany and around the world is one of the hallmarks of Schneider Weisse and their long-term relationship with wheat beer.

Deviating from the more modern trends, Schneider Weisse has always stayed true to its Bavarian roots, using only locally grown ingredients, and combining it with the original brewing process of the Schneider family.

The word “Weizen” has been closely associated with the German beer industry and its popularity has been widely accredited to Georg Schneider I. and his legacy, the “Weisse Brauhus”. Located in the Bavarian capital of Munich, and regarded as one of the most beautiful and traditional beerhouses in Bavaria, and it is considered the holy grail of wheat beer. Their brew facility in Kelheim, purchased in 1928 and located next to the Donhau River, houses the main production processes of the brewmasters of Munich. Schneider Weisse strictly produces only wheat beers according to the “German Beer Purity Law” or the Reinhentsgebot, the main ingredients being water, barley, wheat malt hops and yeast, and quality is overseen by the respective brewmaster. The hops come specifically from the hop farmers of the Hallertau region, the largest continuous hop planting area in the world. The crux of their brewing process is their Open Fermenters, one of the latent causes of the complete and mild taste of the wheat beer. Schneider Weisse prefers the bottled beer, as is the tradition of wheat beer, but they supply, draught beer too.

“The Collector”, “The Persistent”, “The Undaunted”, “The Conductor” and “The Artist” are what the descendants of Georg Schneider I are known as. Each generation of brewmaster has donned a name according to their direction. The current Georg is called “The Artist” and has propelled this beer mainstay into the new millennium. He launched a marketing campaign that has begun rebranding the beer, giving each of them a prefix “TAP” and numbering them, so that there currently exists: TAP1, TAP2, TAP3, TAP4, TAP5, TAP6, TAP7, TAP11 and TAPX, a seasonal variant.

Most of their beers were born from the views of old school traditionalists in the twentieth century and their principle of sticking with core values has not been abandoned, especially when it comes to the Weizen. However, at the turn of the century, Schneider Weisse began to introduce new varieties of their brew, the Mein Alkoholfrei 2002 (Low-alcohol-Weizen), the Aventinus Eisbock 2002 (Made using a unique freezing process), Meine Hopfenweisse 2008 (collaboration between Schneider VI and Garrett Oliver of Brooklynn Brewery) and a variety of Weizen-Doppelbock named differently, barrel aged and released every year since 2010, the current year’s being Mein Nelson Sauvin. These are but a few examples of their approach to the changing beer preferences of consumers, but as mentioned earlier, the Weizen specialization and traditionalist values of Schneider Weisse still has a bright golden brown.

Their love and commitment towards wheat beer has immortalized Schneider Weisse in the beer folklore of Germany, and have propelled them to international fame and success. Although only 25% of their output of 300,000 HL is designated for export (the rest consumed in Germany), the markets for their delectable wheat brew has expanded with the growing popularity of beer. India is one of the destinations for their products. With their popularity increasing over the last few years, Schneider Weisse has moved into the South Asian markets after the soaring demand in Western countries and the Eastern European countries. Schneider Weisse first gained interest in the Indian market 18 years ago, when Indians weren’t too open to the idea of “brewed beer” especially of the imported kind. Since then, Indian’s palates have grown and demonstrated an affection for home-brewed beer as well as the imported varieties. This has attracted breweries, brewmasters, young entrepreneurs and foreign companies looking to expand their market especially in cities like Delhi, Mumbai, and Bangalore.

Schneider Weisse has long stated its interest in the rapidly expanding Indian market. But there have been some problems in establishing their presence in the country. The tax on alcoholic beverages can be a bump in the road for foreign entrants like Schneider Weisse, with 26 different taxes paid on beer and the cost of obtaining a license can cost lakhs of rupees. Furthermore, with alcohol being under state discretion, leaves its sale and distribution highly disparate between states, inhibiting a company from establishing a national presence. But Schneider Weisse is working to overcome this and establish itself in the Indian context slowly but surely.

The glittering golden brown Weizen of Bavaria embodied in the vision of Georg Schneider I and his lineage, has redefined the wheat beers of the world, setting a standard and creating a precedent of traditional values that have stood the test of time and have delighted the palates of generations. From making an indelible mark on Bavaria, spreading across Germany and their export to 35 countries, Schneider Weisse has acquired international fame and success in the realm of truly unique brews. The Indian market has been silent for long, but trends over the past few years have signified a change to a more brew-friendly approach and one that will surely embrace Schneider Weisse in the years to come. 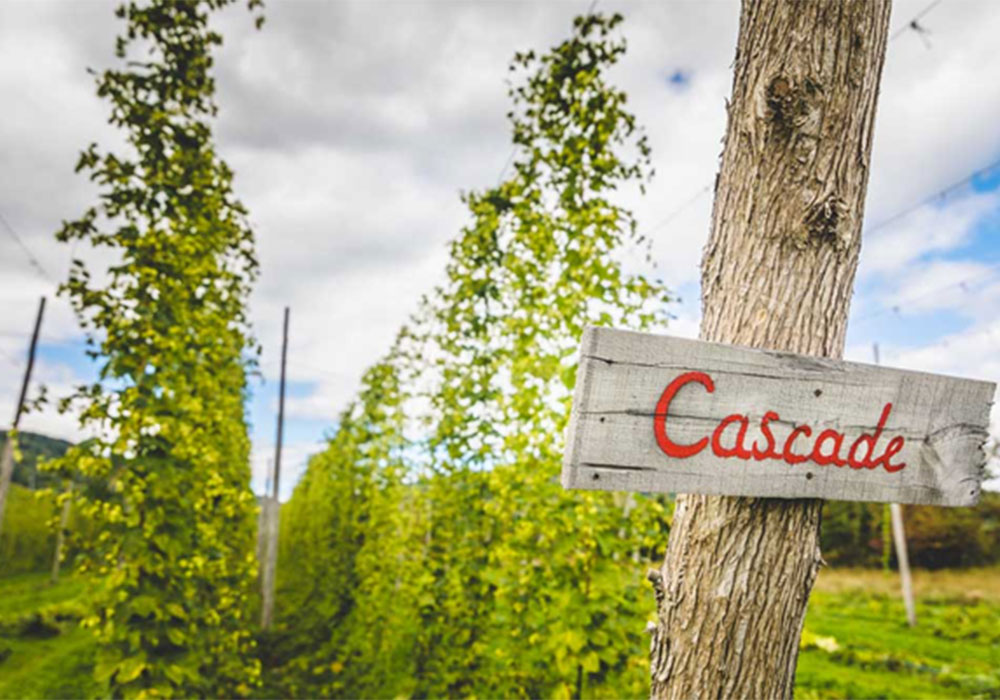 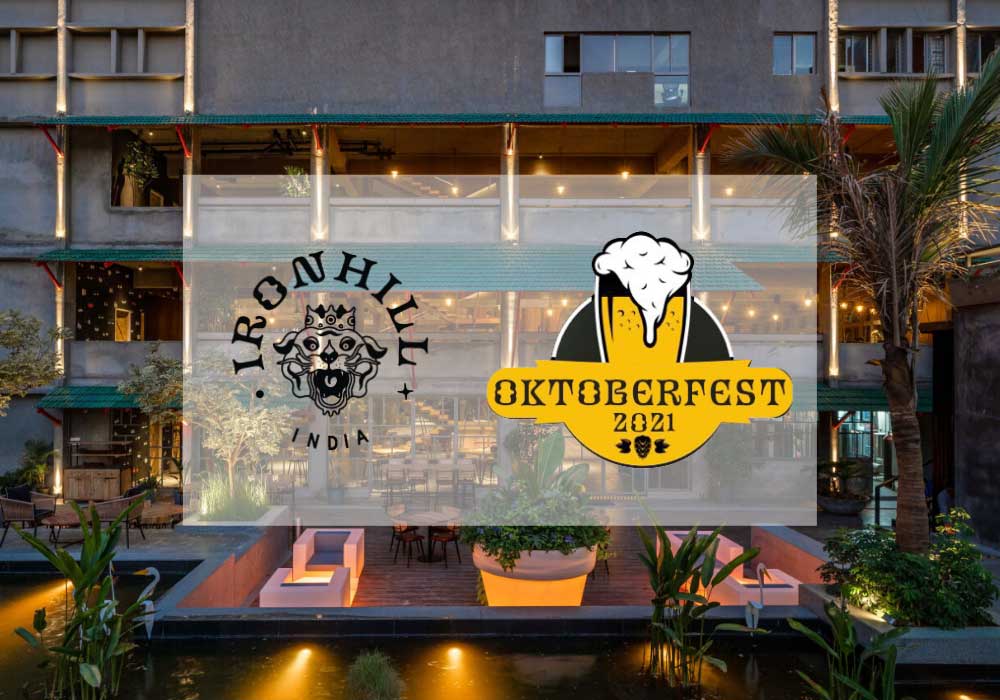