The Story Behind The ‘All India Sour Beer Month 2020’ Chameleon: Featuring Junglegym Studio 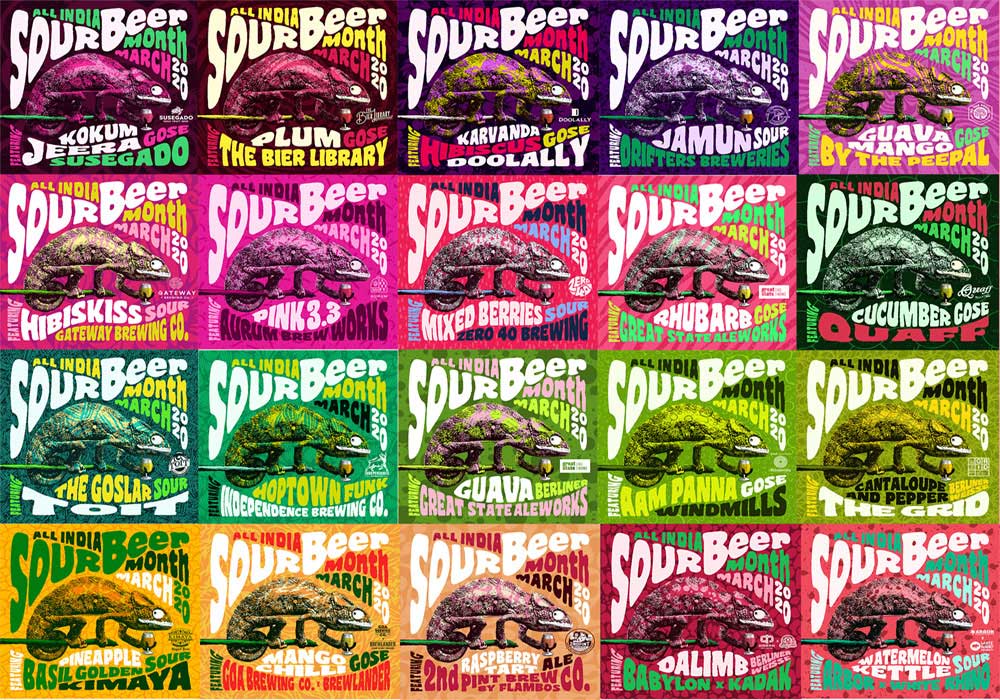 With March being designated as India’s official Sour Beer Month, desi beer lovers can’t get enough of all the mouth-puckering flavours that brewers have been coming up with. From mangoes to melons, pineapples to plums – these beers have been freshly brewed with distinctly-flavoured ingredients belonging to pretty much every shade on the colour spectrum.

The result? A range of bright-hued sour beers and goses, backed by an equally vibrant campaign featuring bold psychedelic font-styles and a very mischievous-looking chameleon.

We got a chance to chat with Nikhil More from Mumbai-based Junglegym Studio, the creative agency behind this eye-catching campaign to know more.

1. How did you land the Sour Beer Month contract?

Nakul from Great State Ale Works got us on board this project. We have been working together since the inception of Great State. He’s a great guy to work with because he trusts in our ability and always gives us a free rein to do what we do best. 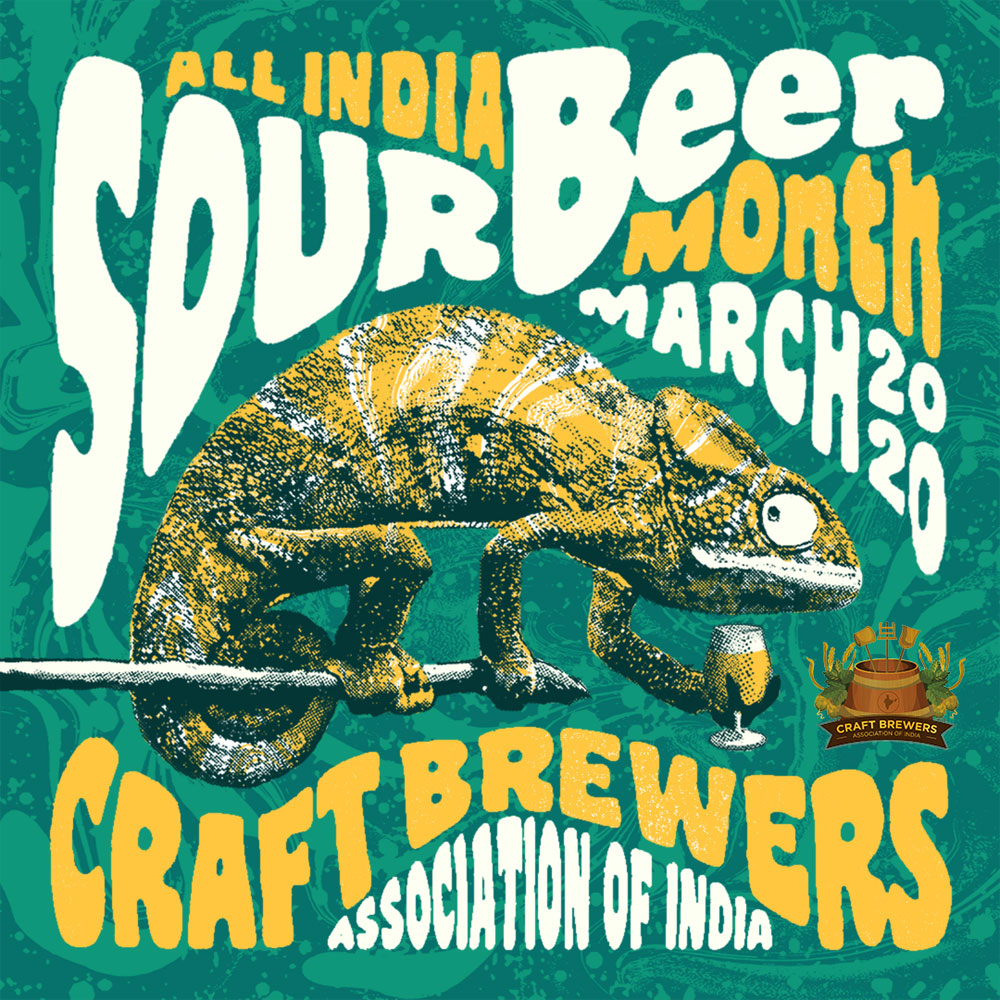 2. Please tell us a little bit about how you came up with the logo for this project. What was the creative thought process/ inspiration behind this logo?

We were looking for a visual metaphor that could capture the classic traits of a sour beer. So we went over the idea of sour as a taste – something like the rolling stones mouth came to mind at the time but wasn’t exciting enough. We also considered going down a more technical route and doing something around wild yeast (microflora that is key to every sour beer) and see if that could lead us to some interesting visuals. And then we came to the aspect of colour. Unlike other beer styles, modern sour beers can have very interesting colour profiles. Colours can range from a deep red as seen in a Flanders red. They can also range from pink to even a lemon yellow in the case of fruit-infused Goses. All in all, we felt that if you leave out the lactobacillus mumbo jumbo – sours, to a layperson were just a bunch of colourful funky tarty beers! We had two contenders that could embody this  – an octopus, and a chameleon for their ability to change colour and camouflage themselves. We decided to go with a chameleon – the Indian chameleon to be precise (we are always on the lookout for local connects) So that’s how we got to this visual of a weird looking thirsty Indian chameleon about to sip on his sour beer. We paired this with some funky typography inspired by Wes Wilson’s (who recently passed away) psychedelic posters from the 60s for a slight flower power look. 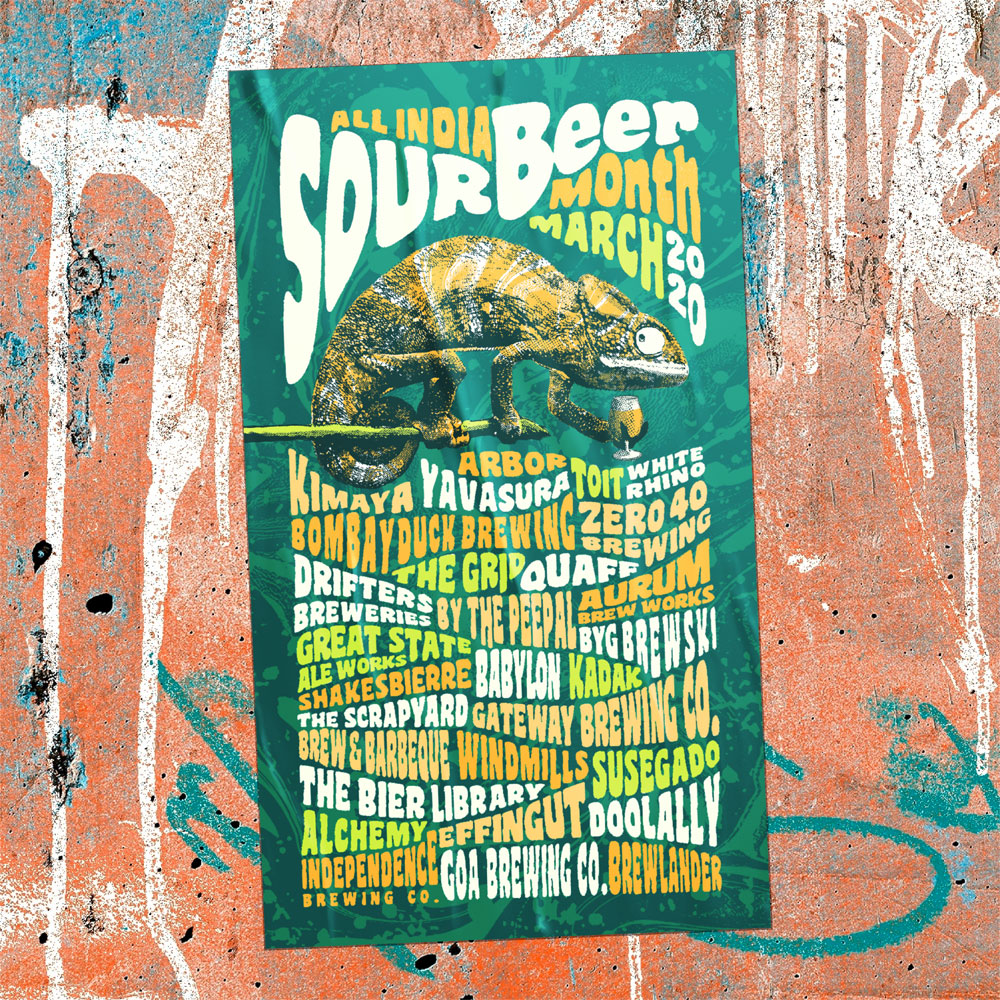 3. What is the amount of work that is going into the digital campaign for the Sour Beer Month? How many collaterals does your team need to design and how many days do you have to typically dedicate for something like this?

The key creative takes the longest time and it has to be thought out in a way that it lends well to adaptability. We devised a way where the creative stays the same but a few elements and colours change giving the creative a refreshed look without having to change too much. Budgets are usually quite modest for such projects since they are time-specific and will soon be forgotten. Overall I’d say we would have spent a week of studio time on this. At times we have to literally refrain from making more tweaks and pushing the creative to the level we’d like it to be at due to the time <> money ratio. In terms of collaterals – this event will have around 30-40 creative variations and a few applications on merch. 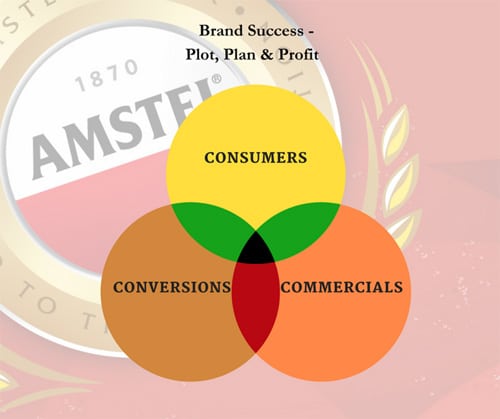 4. Describe the process from start to finish, that your creative follows for contracts like these.

It usually starts with a phone call and maybe a discussion at an early stage. The first chat is less about design and more about the core idea and asking the client the right questions and suggesting alternative ideas. This conversation gets us a design brief which I then take to my team and we all have a little brainstorm on the topic. We then designate one designer who will be the lead on the project. We first begin with a mood board and some initial sketches. Once reviewed internally, these are shared with the client. After a selection has been made we get down to bring the idea to life via illustration, collage, photo manipulation etc.

5. Considering that this is the first time Sour Beer Month is being celebrated in India, how does Jungle Gym Studio, as a creative agency, feel about working on this project? Does this one stand out in any way from the other beer brand/microbrewery projects/campaigns that you have worked on before?

I wouldn’t say that it stands out from other work we have done. But of course, we love working with alco-bev brands because they allow for a certain amount of freedom that other industries may not. The “Why” – as much as we always have a reason for our design decisions – doesn’t really need to be that obvious. The underlying concept can be discovered in a slightly more serendipitous way if I may say so. 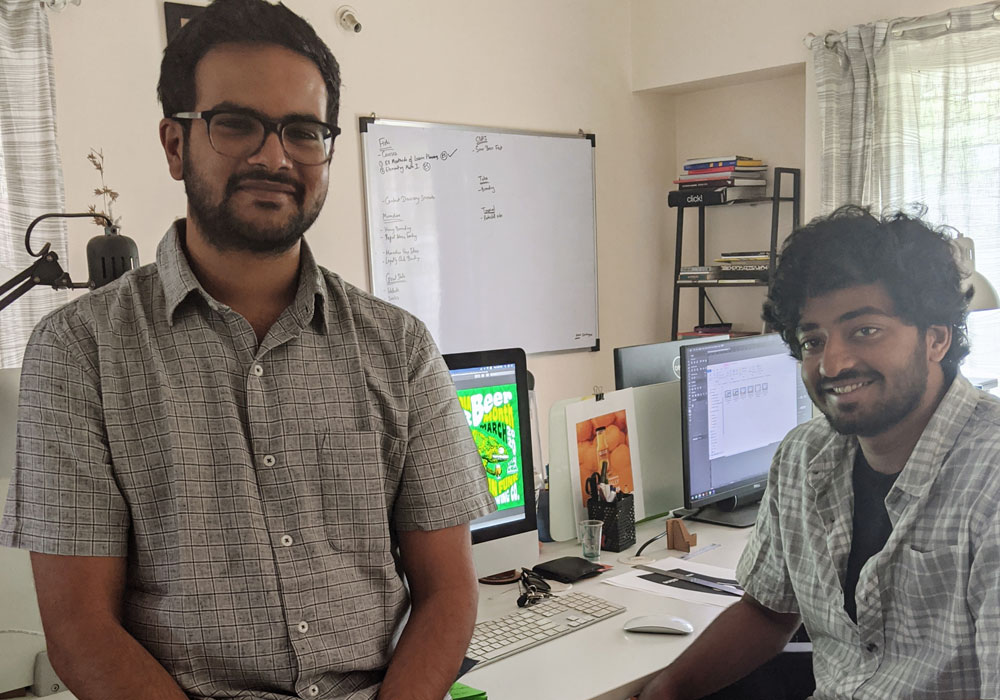 6. Please tell us a little bit about the team that is working on this project. 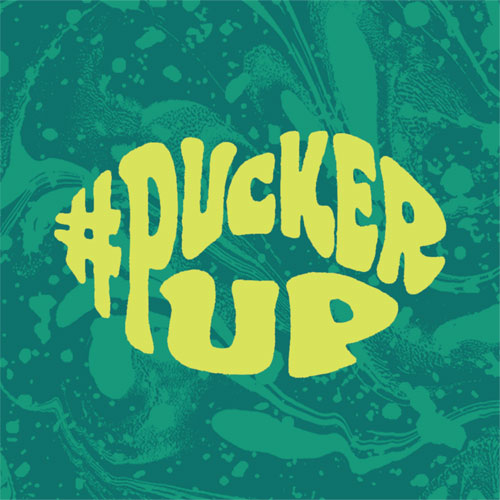 On this particular project, we have one of our junior designers – Saahir Shetty (who recently graduated from MIT Pune) working on it. I myself couldn’t help but get involved so I’d say it’s the two of us.

7. What would you identify as areas for beer brands to focus on when planning their creative visual strategy?

Not sure how to answer this. In my opinion that is part of a larger brand strategy, they may be following. If that has been defined well enough by the agency who has handled your brand identity then all creatives should follow that general design philosophy – be it quirky, artisanal, snobbish, etc. 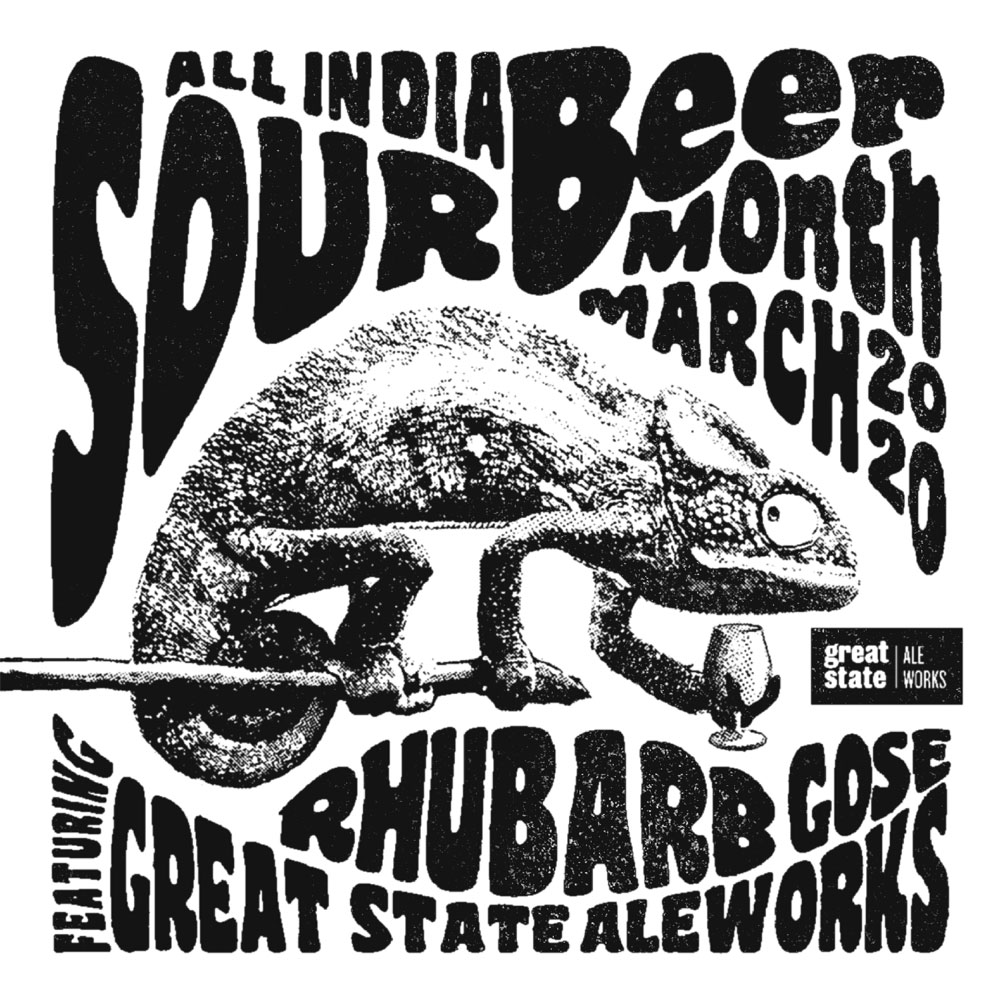 8. As someone who has been a part of the designing and branding space in India, could you tell us how the panorama has changed in terms of how a brand addresses its customers/target audience?

I think breweries have been challenging this to some extent. We have seen a shift from the big brewery format that tries to please everybody to a more niche approach via microbreweries and some of the newer big breweries like Bira, White Owl to name a few. In my personal opinion – pleasing everybody takes you to a common place that’s not as exciting and a little safe. Brands in this industry can take more risks and we are seeing that happening to some degree off late.