The History Of Barrel-Aged Beer

Beer maturing in barrels is nothing new, but it may seem like it at the moment. It was no accident either. Unlike our modern lager, which might take a couple of weeks to mature, a barrel-aged beer takes several years to age. In the past, beers matured for decades.

Commercial breweries weren’t the only ones to age their beers. The majority of beer consumed in the UK until the mid-19th century came from domestic breweries, which were brewed in a residence for the use of the family, staff and guests. Due to the lack of commercial considerations, the household brewer could afford to let beer age for what seems today like an eternity. 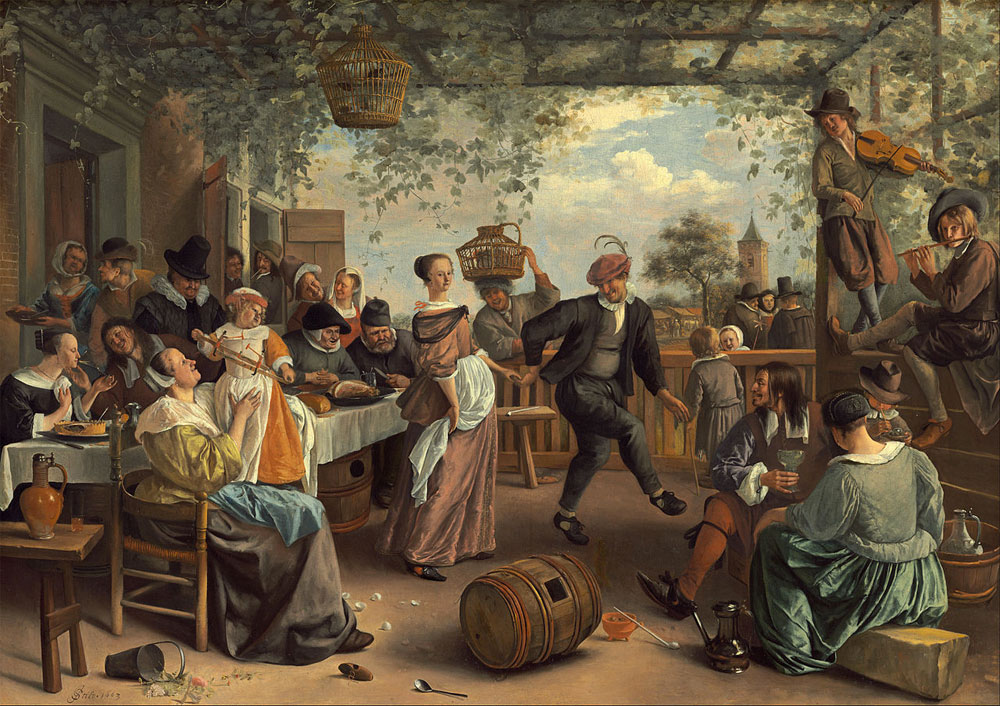 The honoured enjoying the beers aged in Oak barrels.

Two methods of conditioning ale were used in the 18th and 19th centuries. Either it could be sold “mild”, just a few days after it has been racked into barrels or it could be “stock,” aged for months or even years before it was sold.

The taste for fresh ales as against stock ales is set in some 20 years or more ago. Even in the 20th century, a few long-aged beer brands stayed, keeping alive the ancient tradition. A variety of long barrel-aged beers have been produced in Britain over the centuries, both commercially and privately. Some of the beers were October beer, Stock Pale Ale, Russian Stout, Majority Ale and a few others. 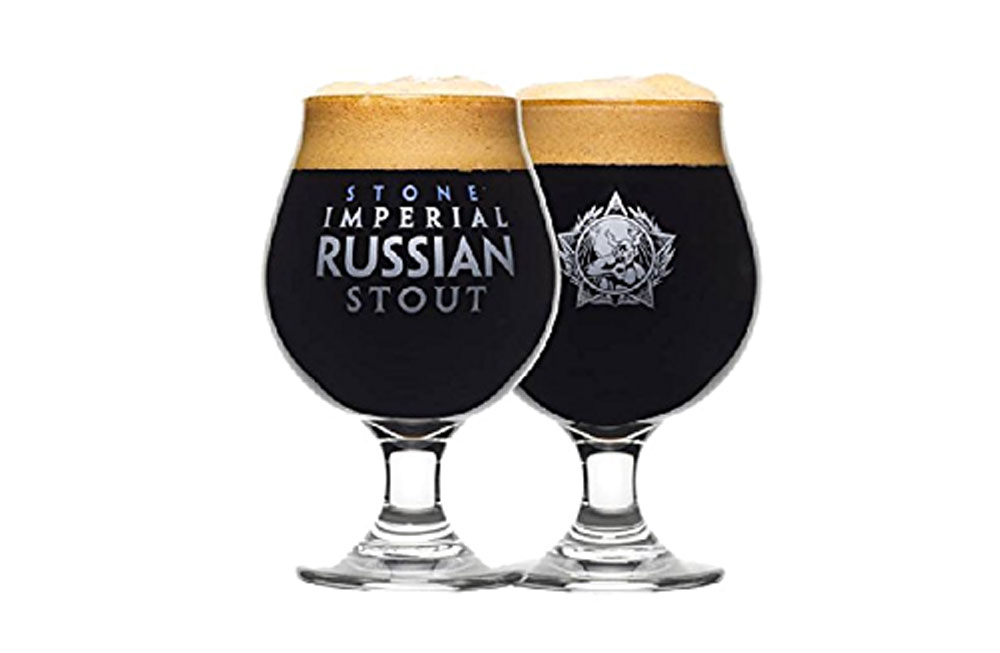 The Russian Stout was first brewed for Catherine the Great, the last reigning Empress of Russia. In her court the beer was given time to mature fully. It wasn’t out of the ordinary if the stout was barrel-aged for a year or two. Barclay Perkins advertisements in the 1930s, boasted a minimum of two years’ ageing in wooden vats, even though such ageing had become a rarity, then. 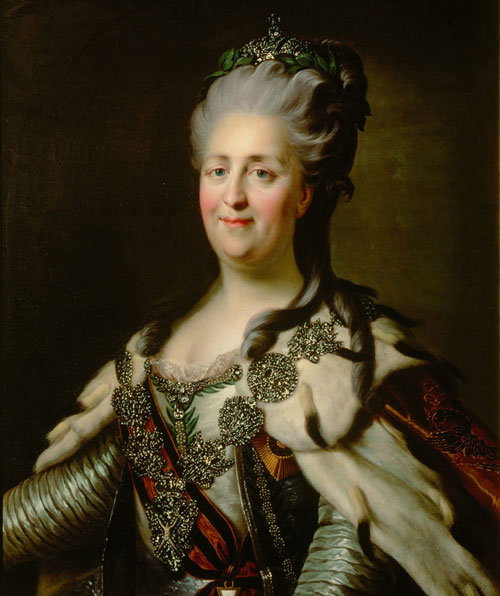 The wild yeast in the Russian Stout slowly makes its way through the sugars which are less fermentable. The process then drops the racking gravity by boosting the ABV from 9 percent to 10.5 percent. 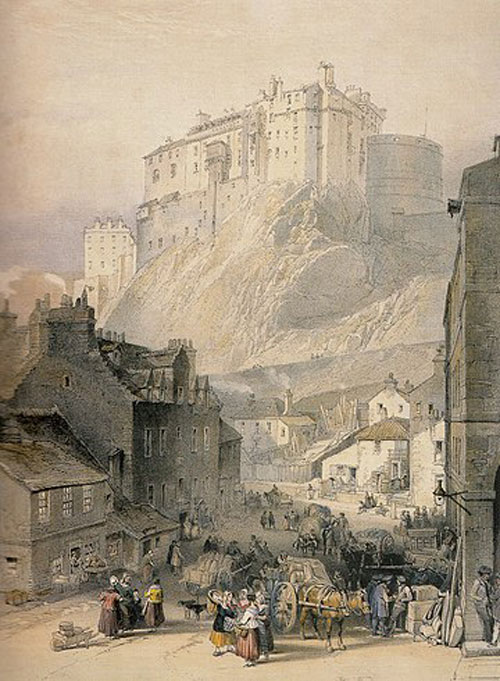 William Younger’s Castle where the beer was brewed.

The domestically brewed Majority Ale was served by the landowner William Younger to show off. The main agenda was to entertain thousands of guests. These beers were served along with Oxen and Sheep steaks and roasts. Beer, not just the regular beer but the barrel-aged majority ale was the centre of the celebrations. Best ingredients were used to brew, the same would be laid down in a cellar and forgotten for 21 years. The beer was a privilege for the Younger family. At every birth a miniature brew of majority ale was produced in the brewery and carefully stored to be drunk 21 years later.

The October Beer was brewed by the local gentry which were also important households before 1850. The gentry were very proud of the special October beer which was brewed only twice a year (March and October) and served only to the honoured guests. The preferred time was October because of the cold weather post the month. The beer was brewed keeping in mind the temperature which would be perfect for initial fermentation and as the weather becomes colder the fermentation slows down and stops. Again during spring, the yeast wakes up to complete the second fermentation. Patience is the key for the perfect October Beer. These beers were kept to mature for three to ten years. 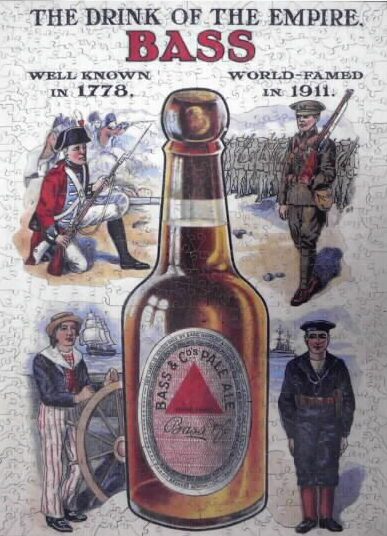 Bass, the drink of the empire.

Victorian Brits and the East India Company officials the discerning IPA drinkers preferred a mature one, unlike the IPA that we drink these days. The matured one was something like a Bass Pale Ale. The method of fermentation for a Bass was not like the others. It was not carefully done. After being racked into casks, it was piled up in the brewery yard, open to the elements, with only a little wetted straw in the warmest weather as protection. After a year of this brutal treatment, it was deemed ready to be shipped to India, toughened enough during its time in the yard to survive the long trip. The beers usually were 18 months old. 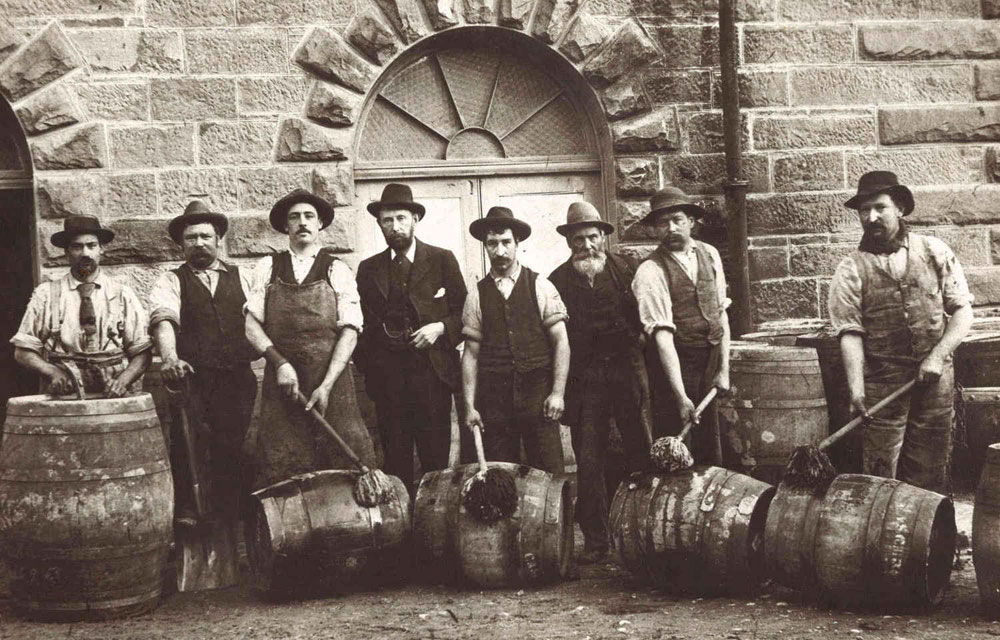 Brewers with Barrels at the Cascade Brewery.

Towards the end of 1800s, unfortunately the barrel-aged beer fell out of fashion but with a handful of them clinging on. Well, the new age brewers since a few years are rediscovering the aged beers and their offerings. Let’s get the tradition back. 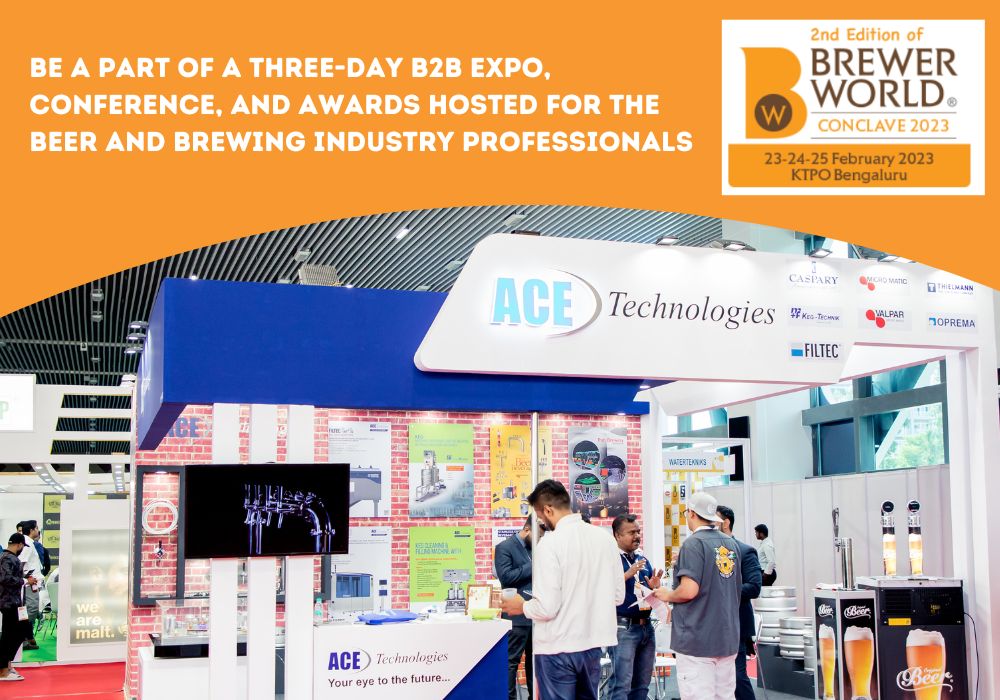