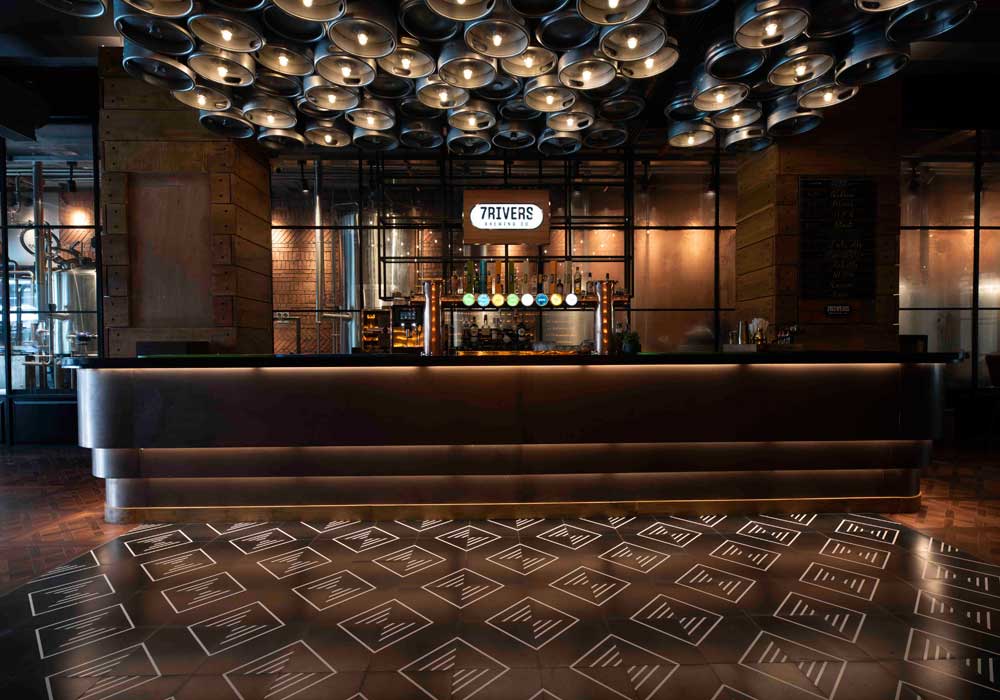 In terms of consumer appeal, the word “local” creates a powerful impression. There’s always a certain pride we bear when we support brands and businesses that are born out of that certain je ne sais quoi that only your country has.

And that’s probably why it’s such a marvellous time for craft beer lovers right now, especially in Bengaluru – a city that has been lovingly nicknamed the Beer Capital of India. 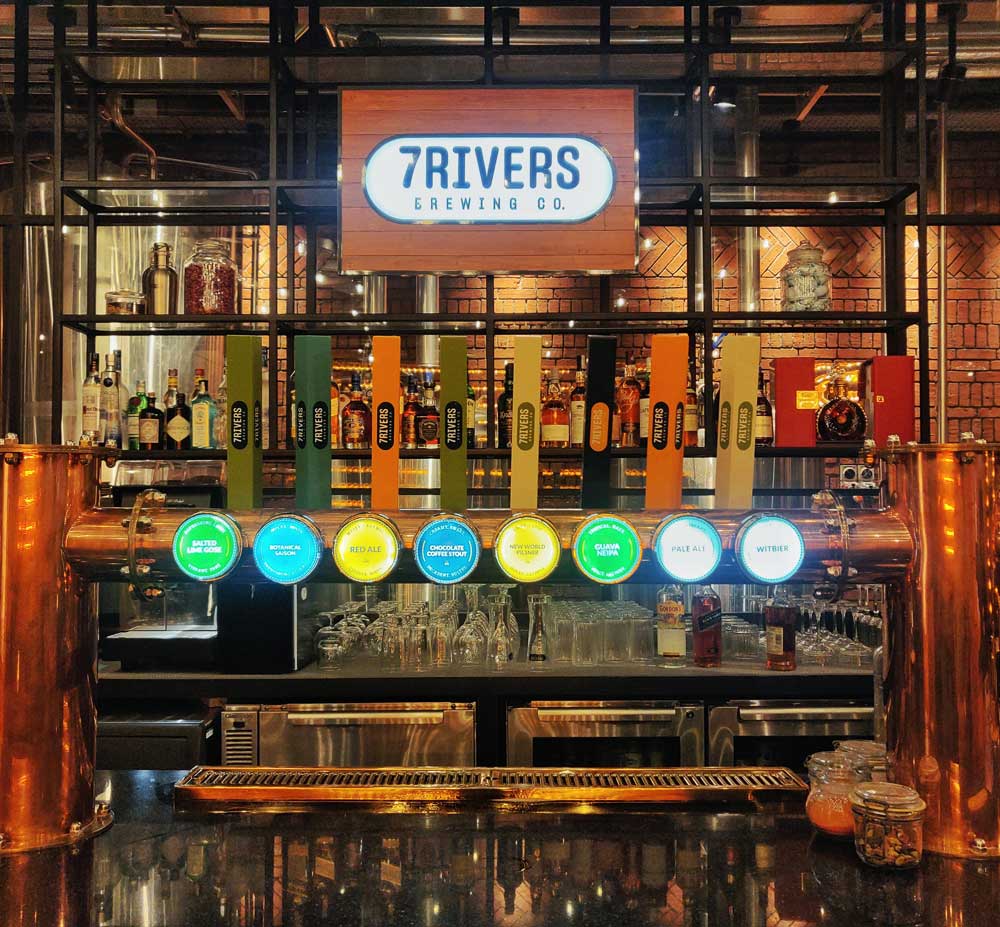 The brewery conducted an exclusive launch a strictly invite-only tasting session for the city’s top beer enthusiasts, connoisseurs and brewers and gave them a sneak-preview of what to expect. 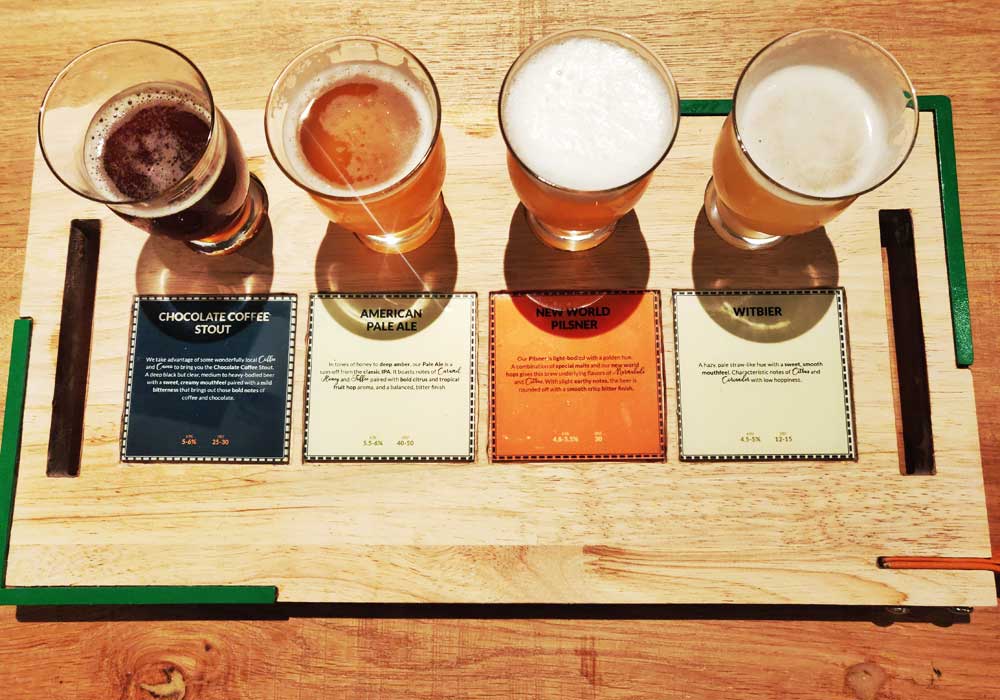 The menu lists 4 beers as their main core:

Marrying two of mankind’s biggest loves, this medium to heavy-bodied beer is a blend of local Coffee and Cacao. Deep black, but clear, the beer offers a sweet, creamy mouthfeel delicately balanced with a mild bitterness while delivering bold, unmistakable notes of coffee and chocolate.

A spin-off from the classic IPA, the American Pale Ale from the 7 Rivers brewery comes in hues of honey to deep amber. This beer gives off notes of Caramel, Honey and Toffee mixed with hints of bold citrus and tropical hop fruit aroma. With a balanced, bitter finish, this hoppy, but easy-drinking beer is sure to be a huge crowd pleaser!

When it comes to beers, being spoiled for choice is hardly a bad thing. But if you’re simply not in the mood to struggle to make a decision, a pilsner might just be the solution!

Light-bodied and lip-smackingly refreshing, the Pilsner at 7 Rivers Brewing Co. is a light bodied beer with a golden hue. This classic lager is brewed with a combination of special malts, while the addition of new world hops lends the beer underlying notes of Marmalade and Citrus. With slight earthy notes, this Pilsner rounds off with a smooth, crisp, bitter finish. 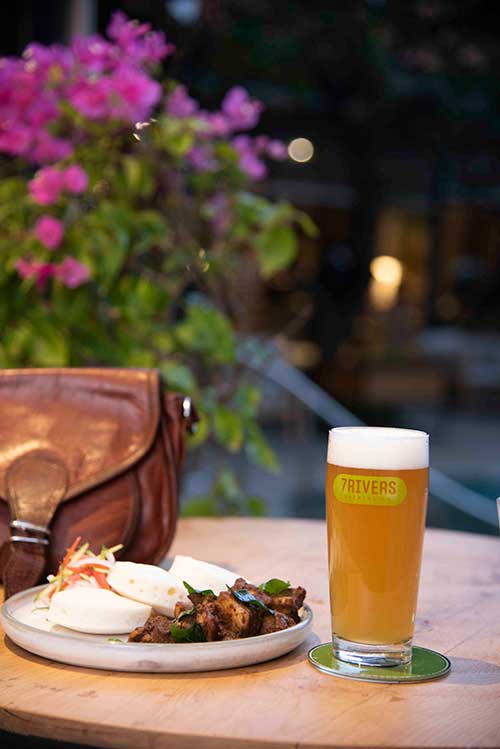 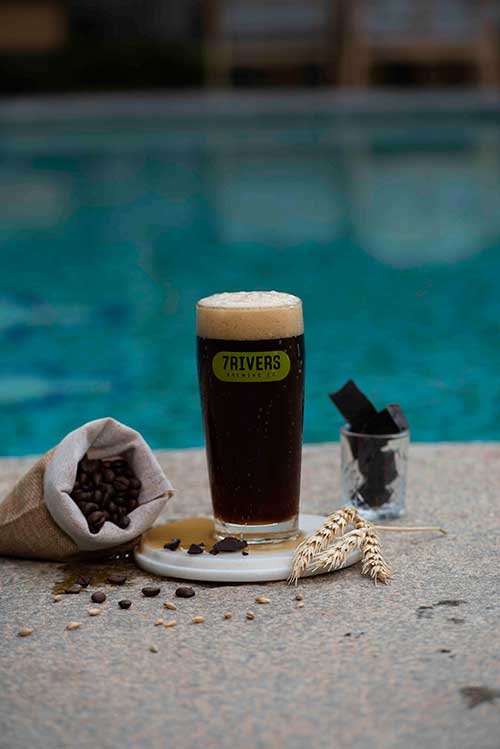 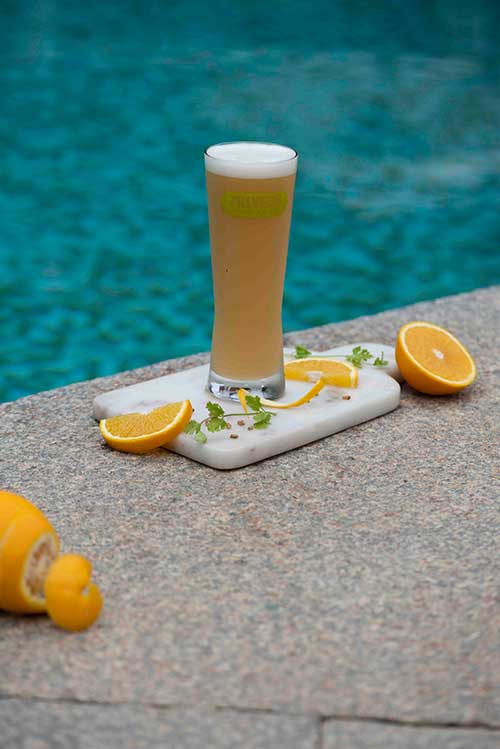 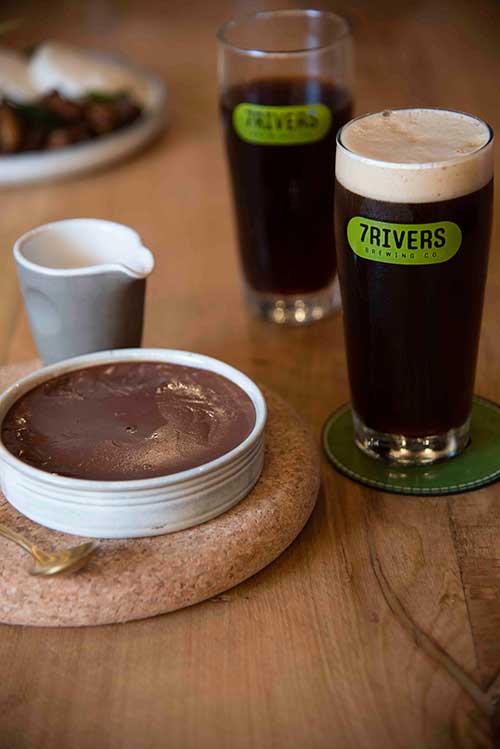 Is a tap list ever complete without the Witbier making an appearance? Hazy and pale, with a straw-like hue, this beer is infused with characteristic notes of Citrus and Coriander followed with a sweet, smooth mouthfeel and a low hop finish.

Apart from these four fixed beers, the 7 Rivers brewery will also be serving specialty brews on rotation. Beer lovers can expect the following on tap closer towards the end of October:

Speaking of October, the brewery also has a special treat for Bangaloreans! The menu features an Oktoberfest special called the “Pretz-Ale”, crafted using crushed hand-made pretzels for some malty, bready goodness, which is on tap right now!