Home / Love for Beer  / The Secret Behind A Good Nitro Stout: Toit’s Lead Brewer Jeffin John Gives Us The Lowdown

The Secret Behind A Good Nitro Stout: Toit’s Lead Brewer Jeffin John Gives Us The Lowdown 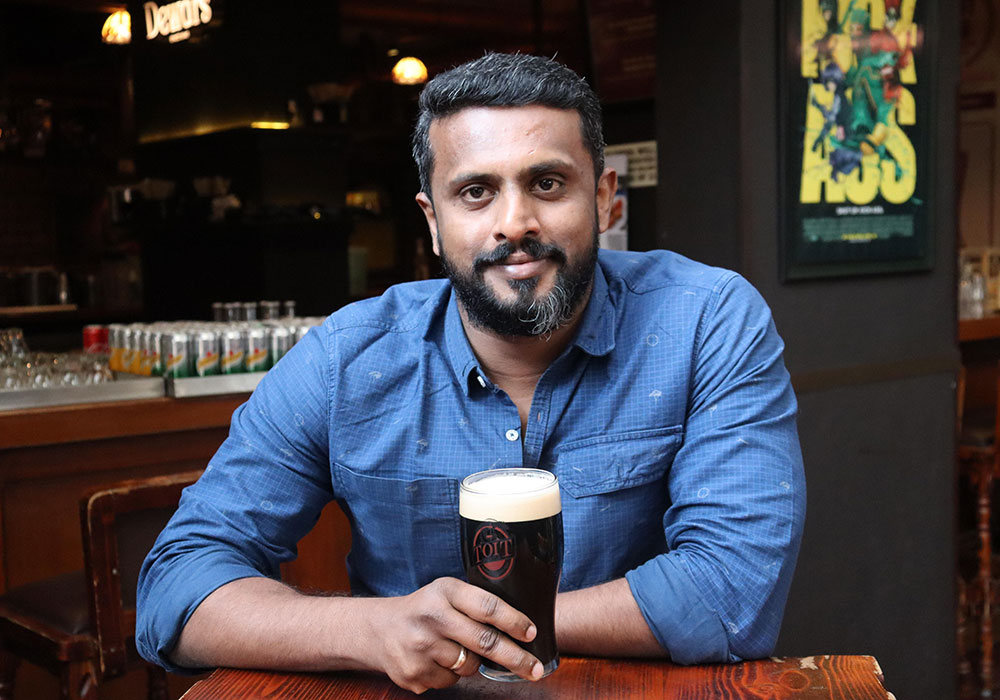 Indians may still be living in a world of wheat beers and IPAs. But visit any microbrewery anywhere in the country and one thing becomes clear: the stout is still very much an important staple in every craft beer menu. This bold, beautiful beer is just as great for washing down a grilled steak as it is the ideal pairing option for dessert. But that’s not all.

From Imperials and Cream to Oatmeal and Coffee – the world of stouts offers a rich variety of choices on tap, set against a rich backdrop of heritage and brewing traditions. If you’re a true beer enthusiast, these are probably on your bucket list already.

But in the modern age of craft beer, there’s another type of stout beer that’s gaining prominence and can now be found more and more frequently in the beer portfolios of breweries large and small. One word – Nitro. 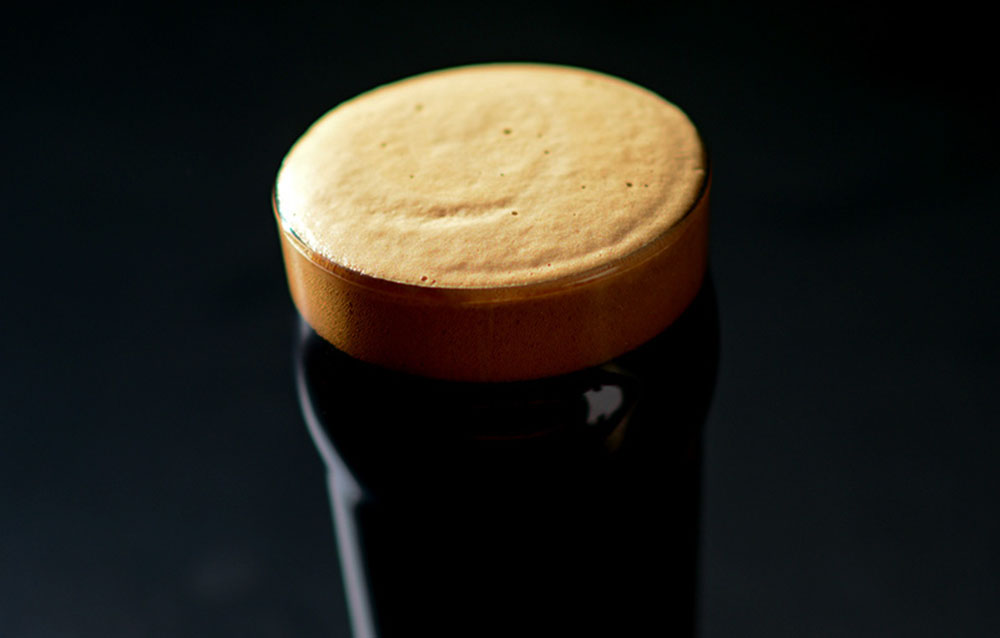 Guinness has long been a globally-renowned emissary of Nitro stouts

In the drinking eras of the not-so-distant past, the only nitro beer offered on tap was Guinness, a brand that has long been a globally-renowned emissary of Nitro stouts. Luckily today, it has become increasingly easier to take your pick from several Nitro beers at any one given time, each one more creamy and lush than the last.

But what exactly is nitro? And why is it such a great match for a stout, we ask Jeffin John, Lead Brewer at Toit, Bengaluru – a microbrewery that produces one of the best-loved stouts in the Beer Capital: the Dark Knight. Here’s what he has to say! 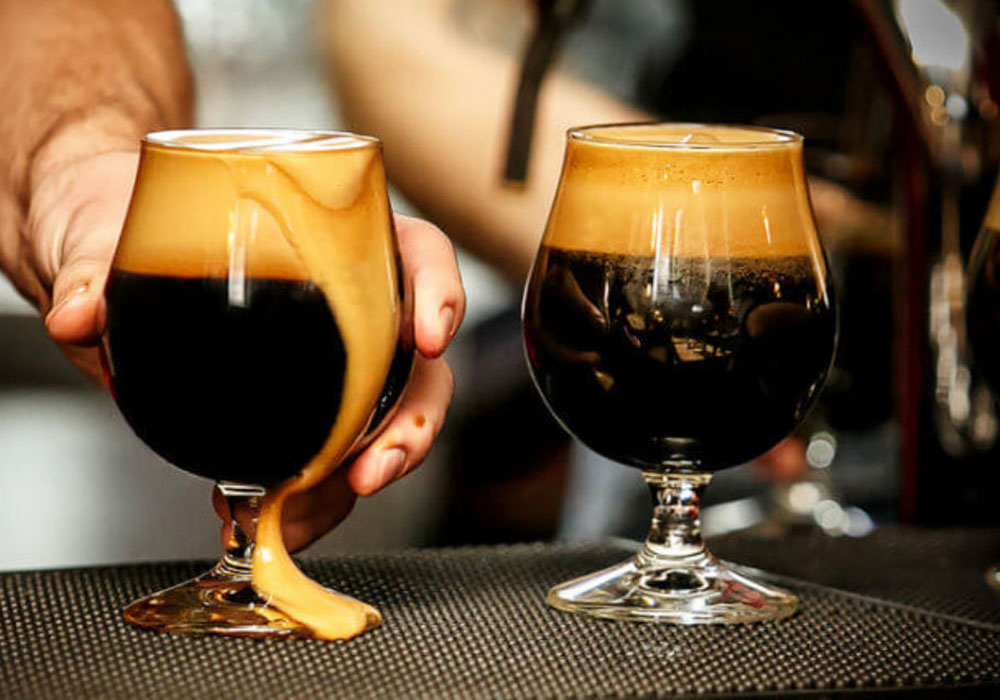 Nitrogen-infused beers have a smoother, denser head and a creamier mouthfeel

“We can also pour Irish Red Ales and IPAs on nitro but the stout is actually the most popular one,” says Jeffin. “Nitro stouts are basically stouts that are infused with nitrogen. This gives the foam of the beer a cascading effect of tiny bubbles creating a thick texture with a creamy mouthfeel. Non-nitro stouts and other beers are typically more carbonated than their nitro counterparts and that’s why, they tend to be fizzier in terms of mouthfeel.

There are specially designed nitro taps in the market that are used for this particular type of beer. These come with diffusor plates that not only restricts the flow of beer through the faucet but also forces it through to deliver that dense, creamy, foamy head. 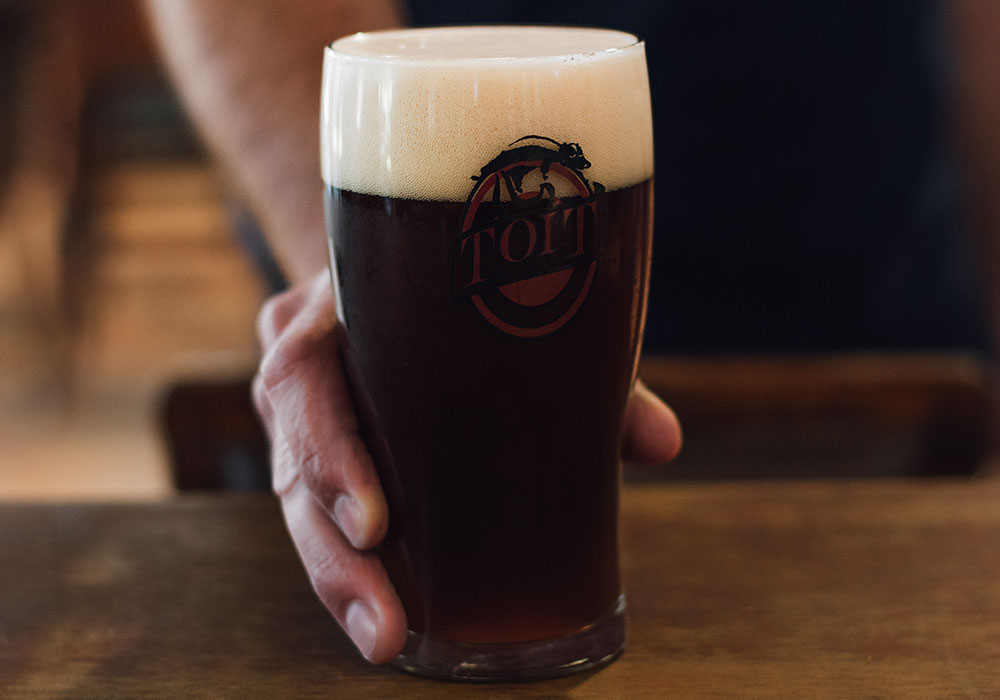 Unfortunately, it turns out that whether you’re pouring it fresh at a microbrewery or bottling it, nitro stouts are not the easiest to deal with. “Nitro beers require a different type of equipment and breweries need to invest in the right infrastructure like nitro lines, gas blenders, etc.” explains Jeffin.

“Not only that, the recipe matters too. When our late master brewer Matthew Callahan created this in 2013, the first batches were not that great. Eventually, after a lot of trial and error we got it right.

Since Matt was from Ireland, we decided to use 100 percent of our base malts from Ireland. Since ours was an interpretation of the Irish Dry Stout, we went with a specific stout malt from Ireland – so you’ll see the distinct similarities in the dryness and the appearance. So we believe all of that makes a difference too – not just the blender or the gas or the equipment. That’s why, while you do have many breweries who are doing it, very few are actually getting it right.” 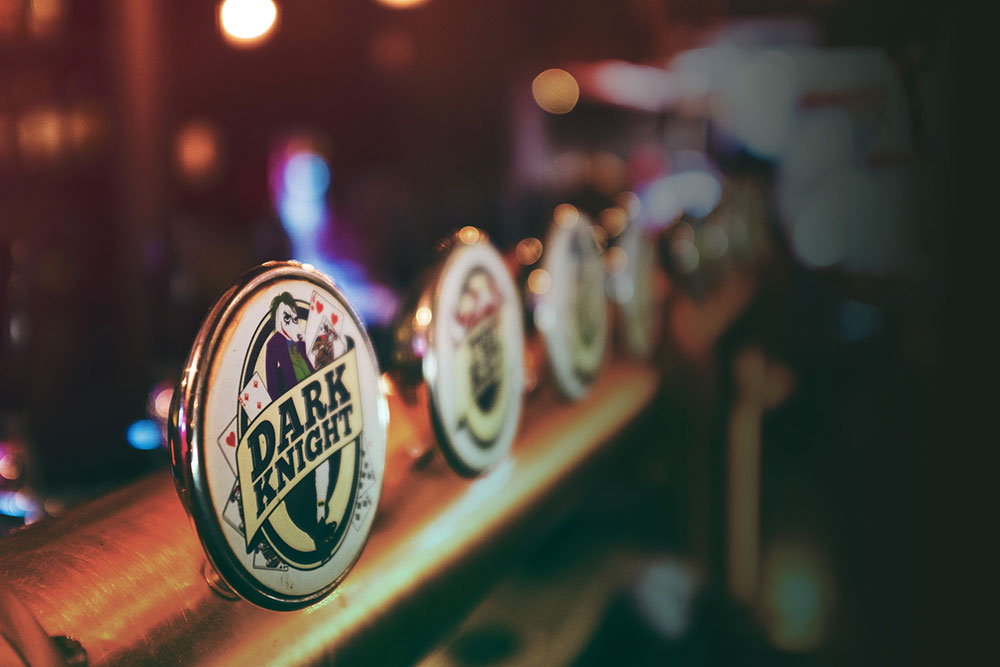 For those of you who haven’t yet tried the stout at Toit, here’s what you need to know. Dry, medium brown to black-coloured, the Dark Knight gives off a deliciously rich coffee-chocolate aroma. Flavour-wise, the roasted dark grains combine with a lovely malty sweetness to give you an impression of milk chocolate or coffee with cream, leaving you with a full-bodied, smooth and silky mouthfeel. This beer comes with an easy-to-drink ABV of 4.3 percent, perfect for those who are still new to the dark side of the beer world! 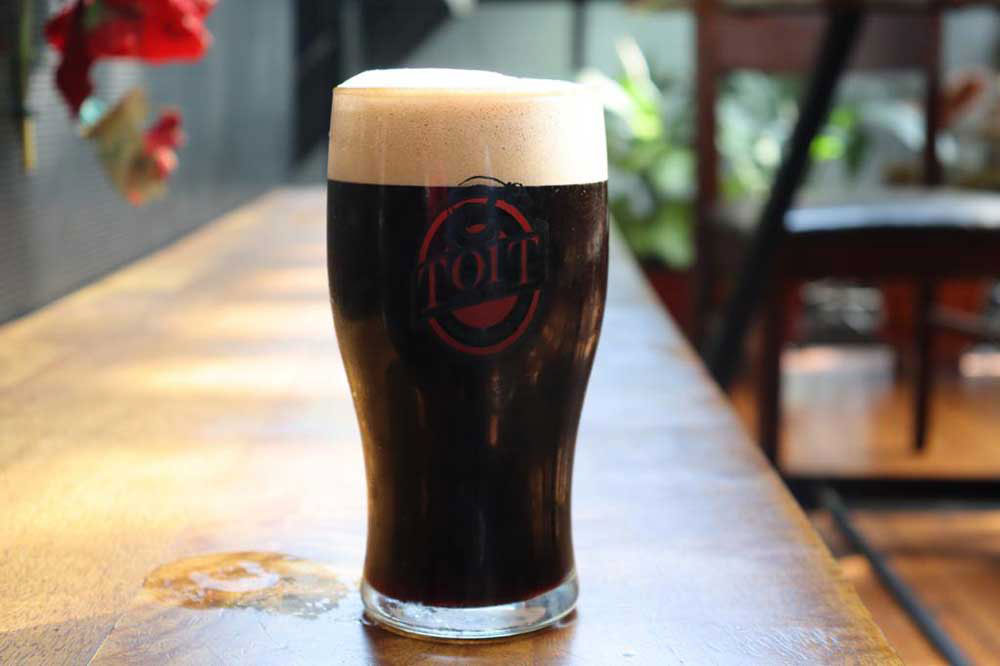