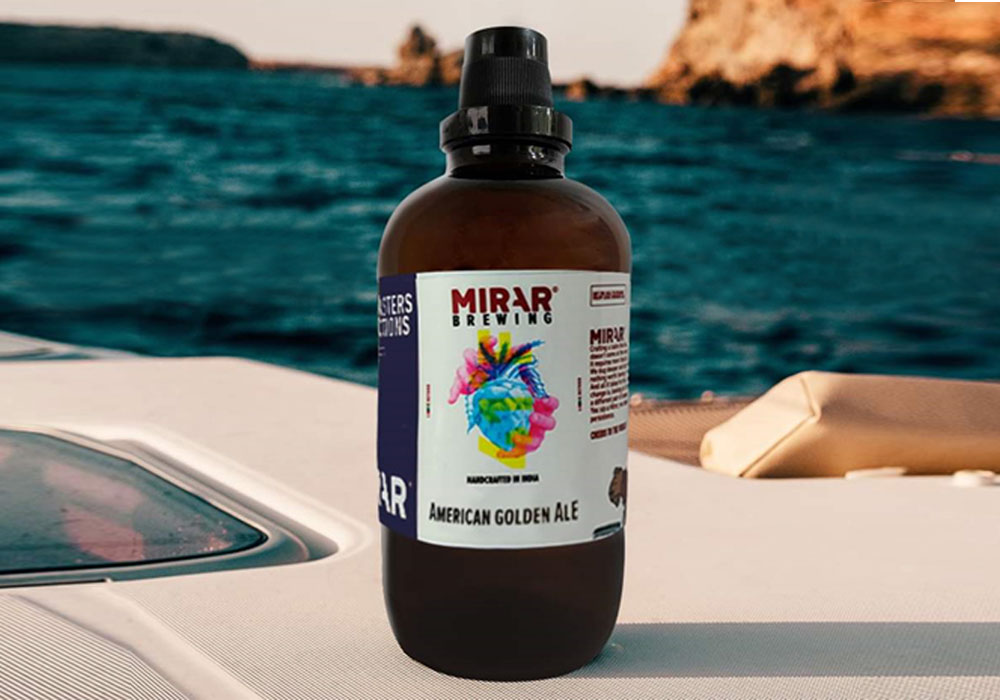 What started in 2015 with Bira91 has spread far beyond now. In India, craft and artisanal beer are on the rise. Until a few years ago, most of us had not heard of microbreweries or craft beer. But now there are many microbreweries in every state and craft beer brands popping up every month.

Also, the craft beer industry has developed an ecosystem that has flourished. Due to the pandemic, many of these breweries have successfully pivoted their business models and opened growler stations and started offering home delivery (only in the permitted states). In what seems to be like the golden age for beer we have one new brand that has just launched. Mirar Brewing was recently launched in Odisha and their beers inculcate flavours of the tropical, bringing out zest and citrus notes in their beers..

Using the finest brewing ingredients and topping it with fresh spices from the farm, Mirar is known for its attention to detail and focus on providing an enjoyable and refreshing experience. 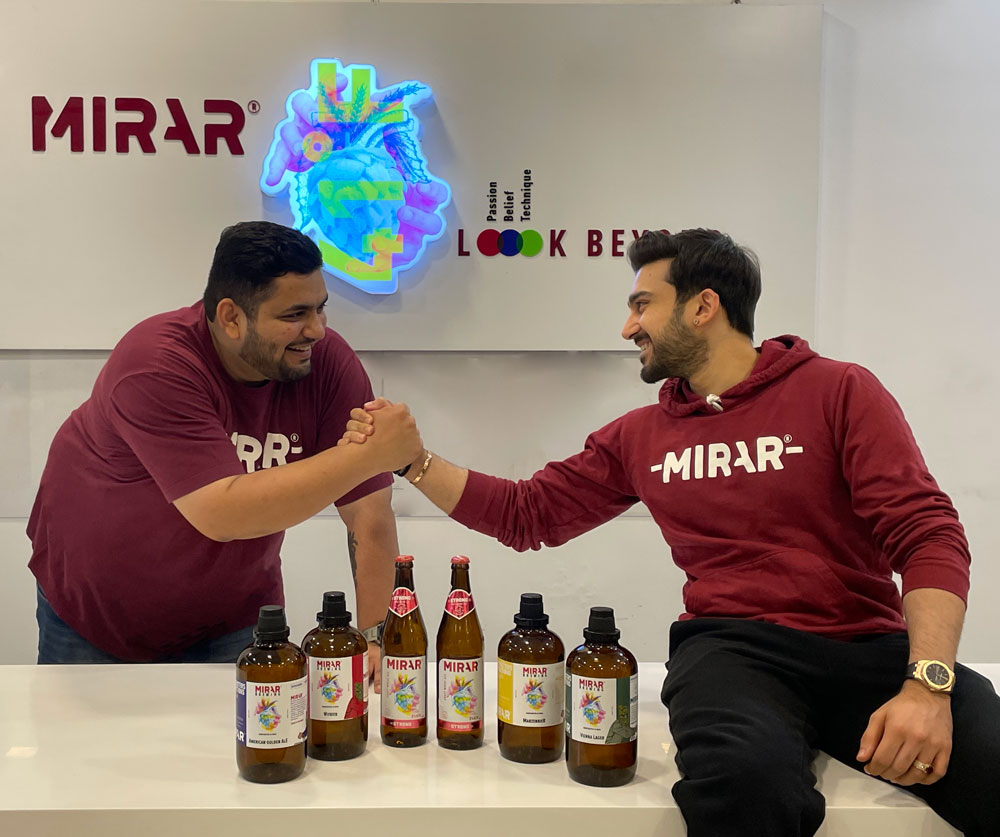 Mirar is the brainchild of two friends Ajinkya and Alpesh who were looking for a good quality beer. Brewer World got an opportunity to talk to the founders about Mirar. Below are the excerpts…

What is Mirar? What is the story behind Mirar?

Mirar is the brainchild of two childhood friends, Ajinkya and Alpesh. It is the story of a bond that led to the creation of something both of us valued – a great beer. Moreover, it was the passion to create something non-existent in the Indian market, for the Indian people to satisfy Indian taste buds with the highest quality beverage, while surpassing global standards that led us to pursue this journey. With no experience in the beer industry five years ago, we decided to learn the craft of brewing (and all the intricacies associated with it), but were largely discouraged by the big-wigs of the industry through our initial years. Our five-years in this industry has taught us a lot, and not paying heed to the negativity was one of those lessons. Our belief remained intact, and we learned the techniques necessary to create, sustain and thrive in the beer industry. Passion, belief and technique, three core values over which Mirar was born.

Why is Mirar a good beer brand?

At Mirar, we use the highest quality ingredients and work with some of the best brewers in the world, in order to achieve a satisfying pint. Our process is unique which comes from several years of brainstorming and hundreds of experimental batches of beer. We understand that nothing worth having comes easy, so we took our time, dug deeper, we looked beyond the ordinary, to create something extraordinary.

What are the beer styles Mirar will satisfy the consumers with?

Mirar is a team full of innovators. While we like to experiment with our brews, we also push beyond our limit to incorporate the customers’ wants. We currently have two variants in bottles (650ml and 330ml) available across the state of Odisha.

Mirar Craft Wheat Ale, which is a smooth yet strong Wheat Ale, brewed for consumers looking for that extra ‘kick’ while having a desirable taste. It has a unique aroma which will satisfy the beer lovers as well as the casual drinkers.

We also have a new microbrewery Mirar Brewing HQ in Mumbai. We’ve brewed a Vienna Lager, a Marzenbier, an American Golden Ale and an in-house style called the ‘Monsoon Lager’ and served customers in growlers (via online home delivery) this past year. Mirar Brewing HQ is a place where we can experiment a bit more and owing to that, we will have rotating beers on tap served round the year. 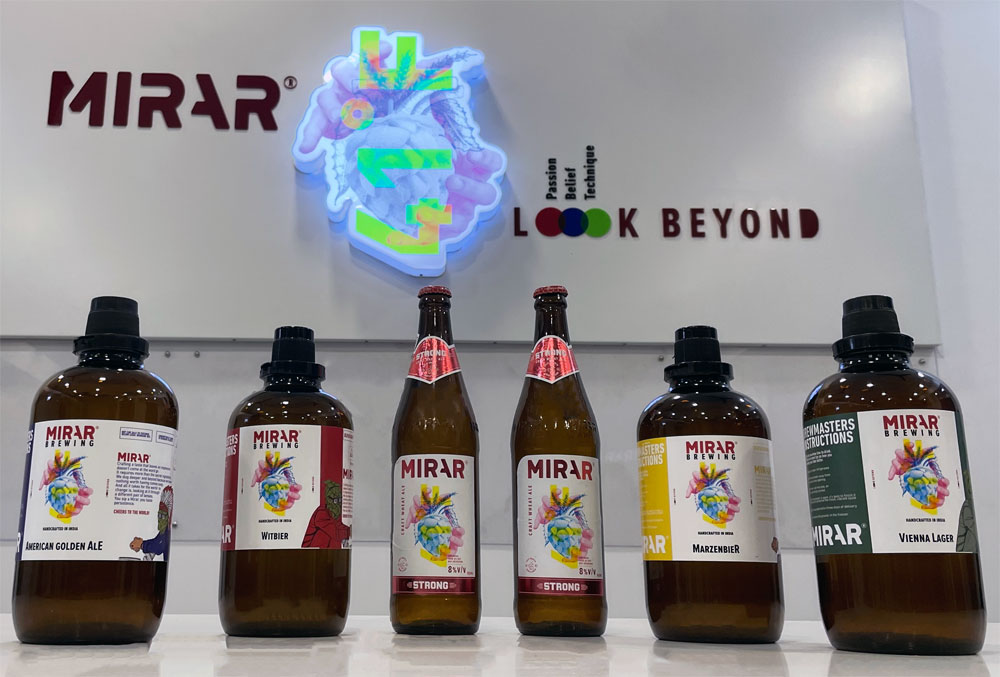 When and where do you plan to launch?

Our bottles are available in the state of Odisha as you read this article. If you’re in Odisha, why are you still reading? Go get your Mirar now! Also, our beers on tap will be available in bars and restaurants across Mumbai, Navi Mumbai, Thane and Pune in a few weeks (from May 2022).

Got plans of launching in other cities?

Yes, but our focus is to serve only the best. In order to do that, we need to be careful about growing too quickly. For the time being, we only brew and sell in Maharashtra and Odisha.

What are the pros and cons of starting a beer brand?

There is a common misconception that there are huge margins in the beer space. It’s actually one of the toughest businesses to sustain in India due to the capital heavy nature of the business and multiple layers of taxation and duties. Moreover, every state excise department and beverage corporation has its own rules and regulations. And, these are overshadowed by the ungodly amounts of fun that brewing brings to us, and seeing a satisfied customer is the icing on the cake. This is our passion project, so there’s no ‘boring’ part of our job. We handle our operations accordingly, from grain to glass, and you’ll taste the difference in a glass of Mirar.

How different is Mirar compared to the others in the market?

Mirar is the fruit of directed and goal-oriented perseverance. We don’t say that just for the heck of it, nor do we take that statement lightly. The amount of time and effort the team has put into our beers truly make them special. We have spent countless hours behind closed doors before we sold our first beer in 2020 (WISCA was incorporated in February 2017). We vet our ingredients like no other, we have a great team, two state-of-the-art brewing facilities, and two passionate founders, who are also great bosses. Really. You can ask the team. Smiles… 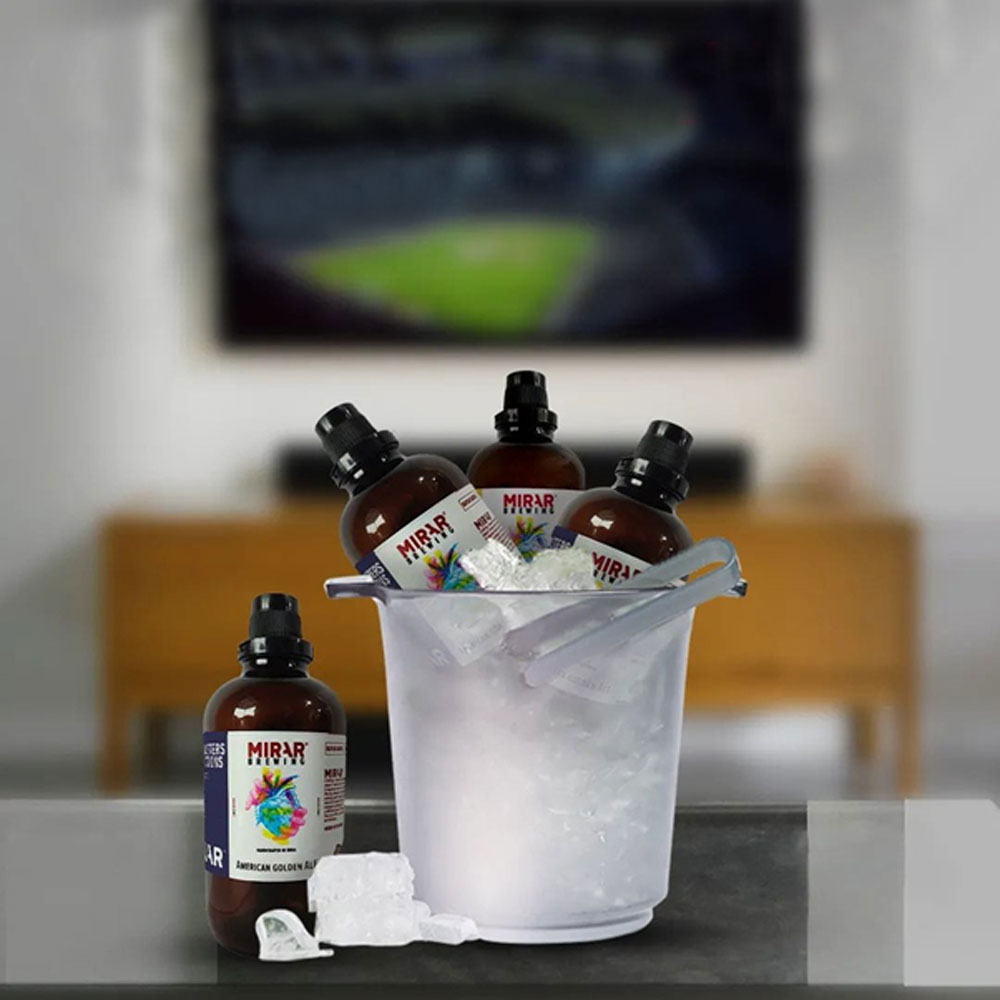 How are the beers priced?

Our 650ml Craft Wheat Ale (Strong) is priced at Rs. 200 in Odisha, while the 330ml Craft Belgian Witbier is priced at Rs. 150. Our beers on tap across Mumbai, Navi Mumbai, Thane and Pune vary in price depending on whether you get a glass or a pitcher.

Who is your Brewmaster?

We have a team of talented brewers at our two locations. The Odisha plant is largely spearheaded by Umang Nair who is a dictionary for all things beer and Bhanudas Nagawade who always wears his heart on his sleeve.

Our microbrewery is spearheaded by Gesu Parate, who always has new ideas to bring to the table and Venkatesh Mishal, who makes sure the ideas are brought to fruition.

What is your opinion on the home brewing scene in India?

Home brewing, for us, was the basis of understanding how beer gets made. But it has its limitations in terms of the quality control one has on his brews. A person who keeps trying to perfect his/her homebrew, batch after batch, will end up spending a huge sum to get the necessary equipment in order to maintain control of different parameters.

Having said that, home brewing is great as a hobby for someone who is willing to put in the time and effort until they get it right. 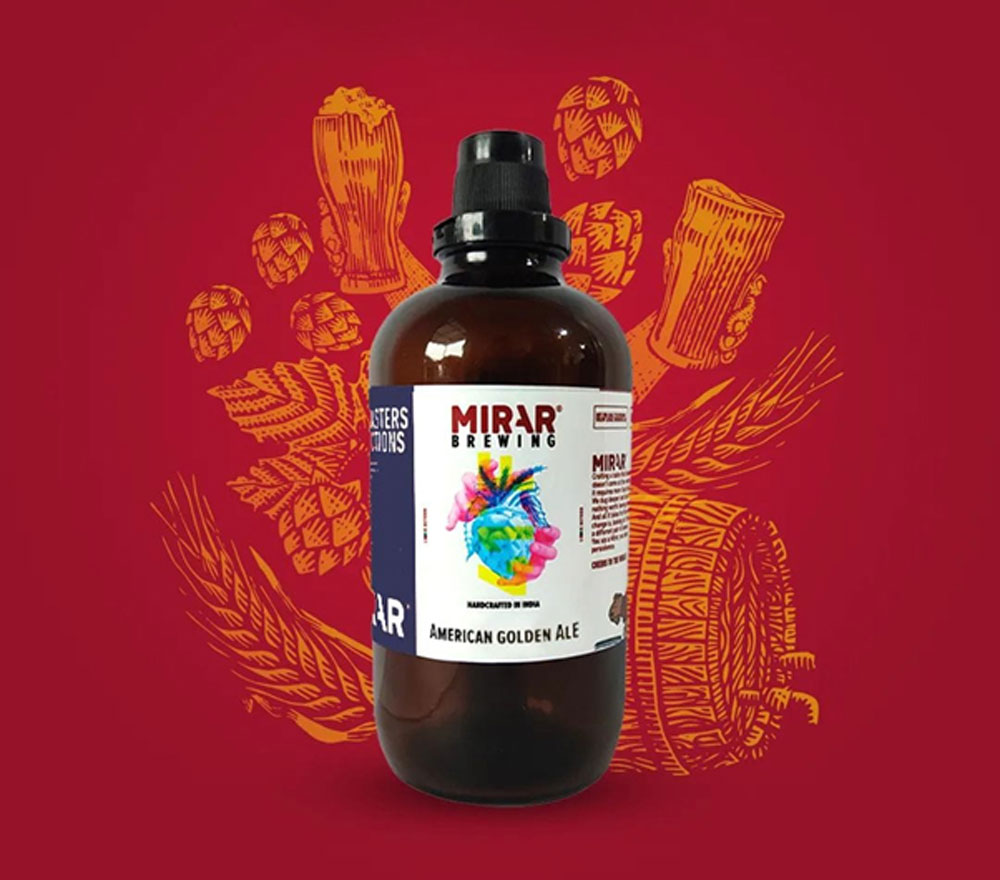 Mirar beers are brewed with the Indian palate in mind. We recommend pairing our beers with some lip-smacking spicy Indian dishes, or aromatic Asian cuisine, specifically Thai food. But this again, depends on the style of Mirar you’re consuming. If you have a plate curated with chillies and lemongrass and a pint of Mirar Craft Wheat Ale on the side, we can assure you will not leave the table.