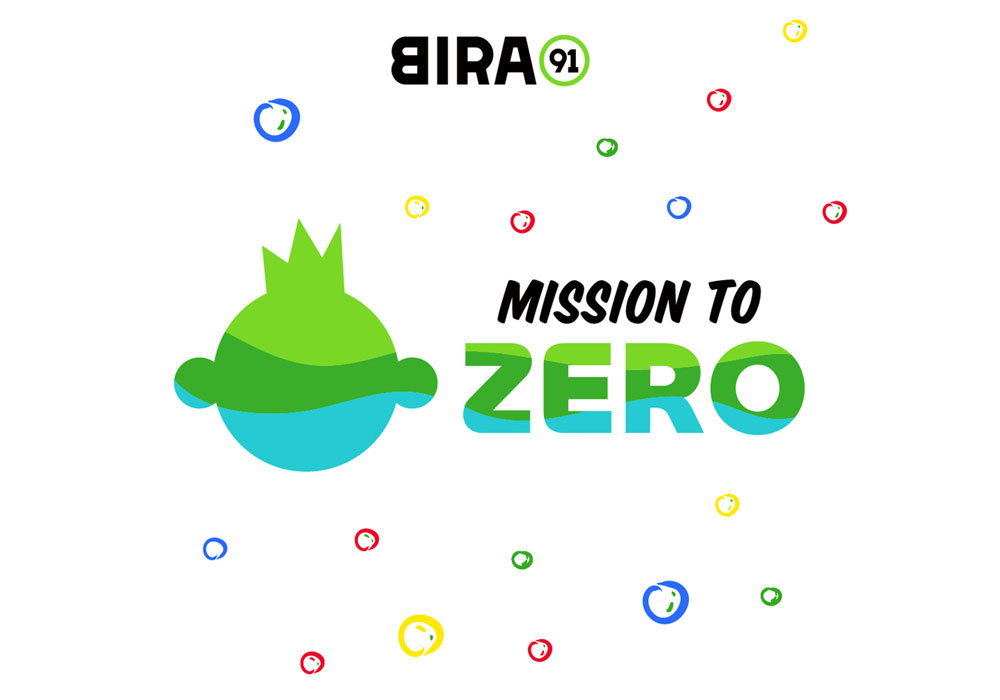 Bira 91 Unveils ‘Mission To Zero’ on Earth Day 2022, the path to Net Zero carbon emissions and brewing the greenest beers on the planet

Bira 91, India’s fastest-growing beer brand, on the occasion of Earth Day 2022, announced ‘Mission To Zero’, its ambition to become India’s first Net Zero beer company by 2025. More than seven pints of Bira 91 are enjoyed every second and as the company scales up, Bira 91 aims to brew not only the most flavourful beers on the planet, but also the greenest beers for the planet. The company is doubling down on its sustainability efforts with initiatives that will help create real, measurable impact. By 2025, every Bira 91 brewery will have zero carbon emissions.

Commenting on Mission to Zero, Ankur Jain, Founder and CEO, Bira 91, said, “Today’s consumers do not only want to drink flavourful beers, but also want to make better choices for the community and the planet. We know that we make the most flavourful beers in the world, and now we want to make the greenest beers for the planet too. We are investing in our manufacturing and supply chain to ensure that our breweries reach zero carbon emissions by 2025 – 5 years ahead of other global beer makers. We believe that carbon emissions are the greatest challenge being faced by this generation and we are hopeful that our Mission To Zero will spark a revolution- one in which every beer made in the country is Carbon neutral.”

Last year, Kirin Holdings invested in B9 beverages for a minority stake. Subsequently both the companies partnered to form B9 – Kirin Centre for Sustainable Growth, focused on environment sustainability and other business synergies. As a result, the centre kicked off its Net Zero project last year to create an aggressive roadmap to become carbon neutral by 2025, nearly 5 years ahead of other global beer makers.

Sharing his perspective, Hiromasa Honda, Managing Director, Kirin Holdings Singapore, said, “A key pillar of Kirin’s philosophy is ‘Creating Shared Value’ (CSV). As part of this focus, the Kirin group strives to create social and economic value together with all of its stakeholders and work to grow sustainably with society. Kirin has identified the environment as one of its four key CSV issues. We are glad to share our expertise and support Bira 91’s commitment to become carbon neutral so early in its lifecycle. Team Kirin shares Bira 91’s ambition towards being India’s first Net Zero beer company and will continuously engage in various initiatives that can help them reach this goal.”

As a part of its to-do list for the planet, Bira 91 has laid out four key areas to accomplish Mission To Zero: 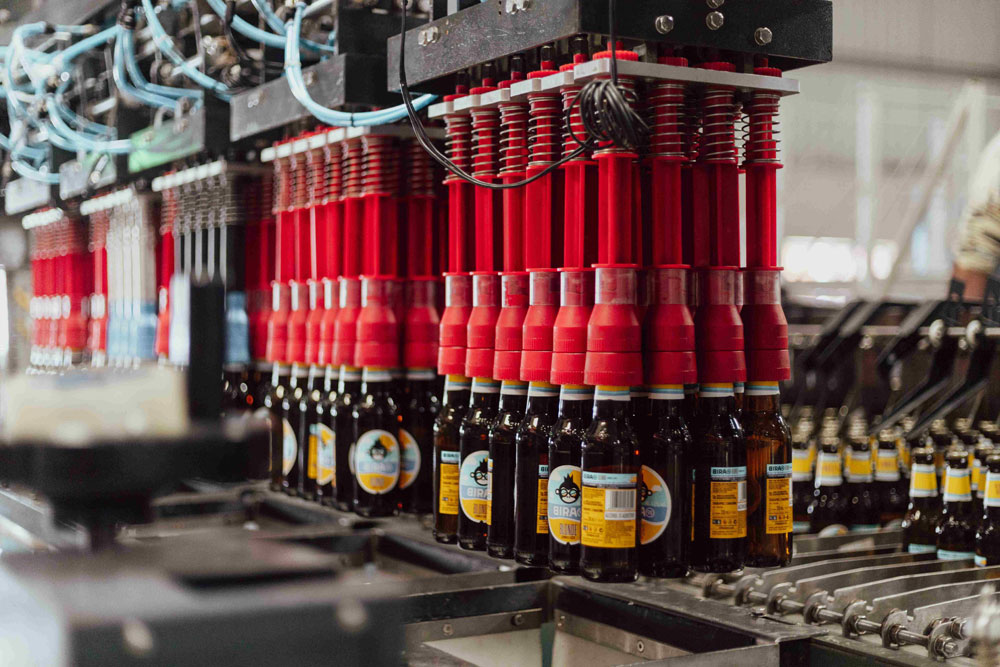 ● The company is now Zero Coal across all breweries.
● Minimise buying electricity made by burning coal or natural gas.
● Generate 10 MW of electricity from solar panels by 2025.
● Install off-grid wind turbines to light-up all our administrative facilities and streets.

● Invest in equipment to ensure that all the surplus heat is recovered and converted into reusable energy.
● Improve every small step of making beer – from mill to mash, boil to ferment, filter to pack, Bira 91 will make it smarter, faster and better.
● Deploy today’s advances in brewing, packaging, automation, AI and advanced robotics, Bira 91 will remove waste, improve efficiencies, and reduce energy consumption.

Recycle, Reduce and Reuse, Bira 91 will cut its water usage by half:

● Treat & convert 100% of waste-water into clean water which is then used for refrigeration, watering trees and generating steam.
● Reduce evaporation during brewing and make processes such as cleaning of glass bottles smarter.
● Build closed-loop processes so that no water is lost after using it for the first-time and can be reused multiple times. 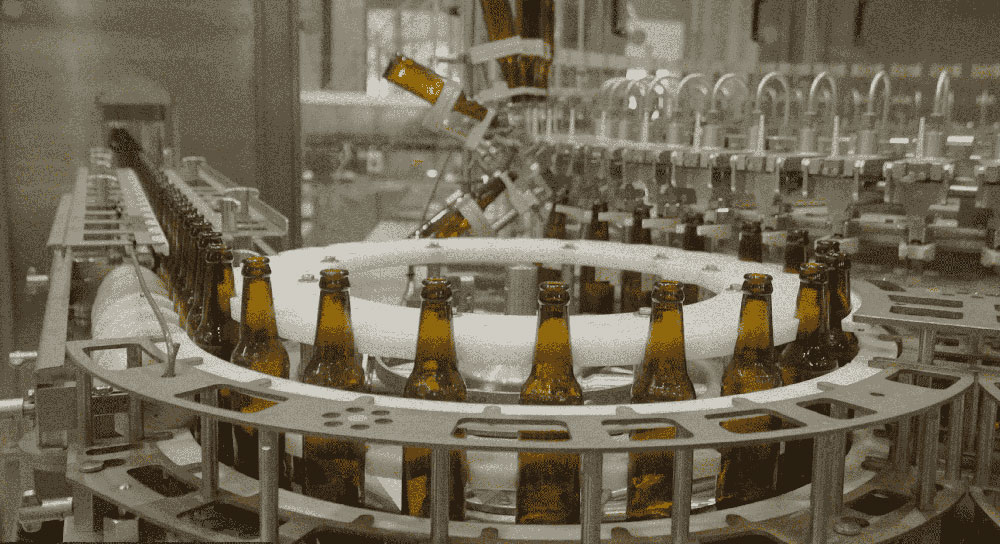 ● The company uses 100% of the spent grain for animal feed and some of it is also used to make cups for offices & events.
● Currently, 95% of the packaging material that is used to make Bira 91 beers is recyclable. By 2024, 99% will be fully recyclable.
● Bira 91 is committing to send zero waste to landfills across all its breweries by 2025. Anything that CAN be recycled, WILL be – broken glass, damaged cartons, wasted cans, or any other waste generated in the beer-making process.

A refreshingly modern beer brand, Imagined in India, Bira 91 aspires to bring flavourful beers to the new world. As one of the fastest growing brands in the world, Bira 91 has built a diverse portfolio of award-winning beers, one for every occasion, and aims to drive the global shift in beer towards more colour and flavour. Bira 91 is now enjoyed in over 500 towns and cities spread across 15 countries and brews its beers across four breweries in India. Bira 91 has its flagship taproom in Bangalore, where it releases one new experimental beer every week, paired with its curry-shop menu. Bira 91 also offers branded merchandise across categories such as glassware, apparel, and gifts, to make every day a lot more playful. Established in 2015, Bira 91 is driven by a dynamic team of over 550 passionate beer lovers and is backed by Sequoia Capital India, Sofina of Belgium, and Kirin Holding of Japan. 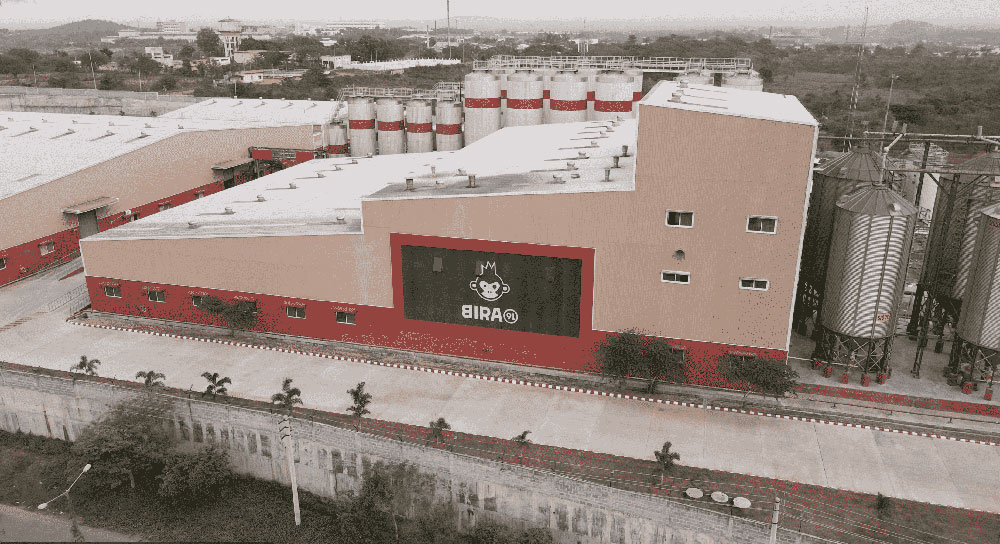 Kirin Holdings can trace its roots to Japan Brewery which was established in 1885. Japan Brewery became Kirin Brewery in 1907. Since then, the company expanded its business with fermentation and biotechnology as its core technologies, and entered the pharmaceutical business in the 1980s, all of which continue to be global growth centres. In 2007, Kirin Holdings was established as a pure holding company and is currently focusing on boosting its Health Science domain.

Under the Kirin Group Vision 2027 (KV 2027), a long-term management plan launched in 2019, the Kirin Group aims to become “A global leader in CSV*, creating value across our world of Food & Beverages to Pharmaceuticals.” Going forward, the Kirin Group will continue to leverage its strengths to create both social and economic value through its businesses, with the aim of achieving sustainable growth in corporate value.