Home / Love for Beer  / For The Love Of Beer: The Unmistakable Chai Brown Ale

For The Love Of Beer: The Unmistakable Chai Brown Ale 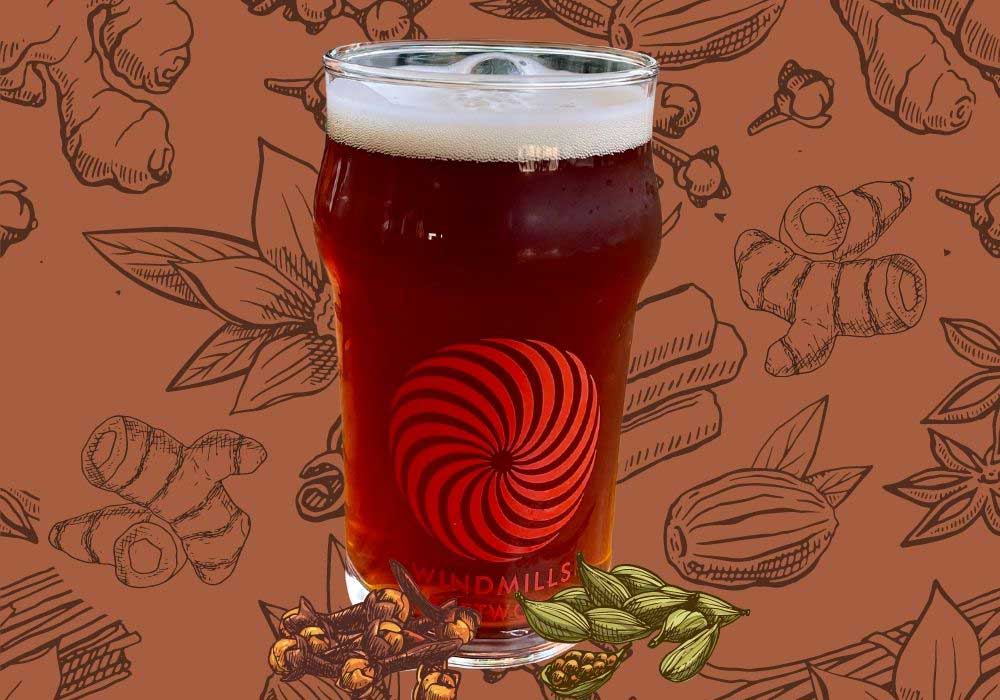 Although not a top priority among most brewers’ lists of standard ingredients, speciality ingredients such as spices can add a unique dimension to a wide variety of beers. The use of spices and herbs in beers predates the use of hops by historical brewing practises. Adding spices to beer requires a delicate touch. Ideally, a brewer should always ensure that it does not overwhelm the aroma and flavour. It should complement the character of the malt, hops, and yeast. The brewing artists at Windmills brewpub in Texas and Bangalore have carefully curated a concoction that reminds you of sipping on a good old Chai. Meet Chai Brown Ale, a brown ale brewed with a blend of spices to give you the inviting aromas of a classic Chai.

It all began with a simple recipe for the morning chai at Windmills’ staff  canteen. The recipe, suggested by a Chef, was eventually converted into a small-scale batch of beer. From there, brewers scaled it up to a commercial volume. Cal Ryan, Director of Brewing Operations says, “A big part of chai for me is the milky texture and lingering finish. That’s a little bit of a challenge as spices can really thin a beer out in my experience. As such, we shot for a recipe with a high finishing gravity as well as adding a decent amount of milk sugar to get that long, sweet finish.” 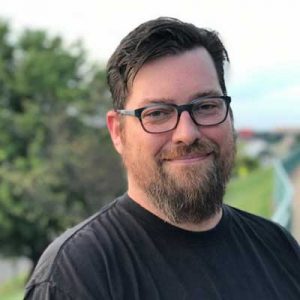 We asked Cal to know what sparked his interest to brew a Chai Brown Ale. He says “The first thing I tasted on arriving in India was a strong cup of Masala Chai. After 24 hours on planes and in airports it cut through the fuzz in my brain and my mouth like a bolt of lightning. It’s still one of my favourite taste experiences to this day, and I had wanted to reproduce it in a beer for some time now.”

Cal believes that the beer is definitely “on trend” for the craft beer market at the moment, but he really wanted to bring in some new blood into the brewing community. “It’s proven to be a hit with many drinkers new to the scene at our Texas brewery while gaining us some cred in the local brewing community as well.”

“While we certainly make many beers targeted squarely at established craft beer drinkers, it is my belief that most people who say they don’t like beer just haven’t had the right beer yet.” – Cal Ryan, Director of Brewing Operations

Chai Brown Ale is brewed with cloves, cardamom, ginger and rose petals. It pours a brilliant garnet brown with an off-white to tan head. Upon swirling, enticing aromas of chai spice hits you right off the bat followed by a nutty and delicate chocolate note, followed by malt sweetness. The flavour features even more spices, milk chocolate, graham crackers, and light notes of dark fruits. It all wraps up with a silky mouthfeel and a lingering sweetness with light spice. Chai Brown Ale lives up to its name without the addition of any tea leaves to it. 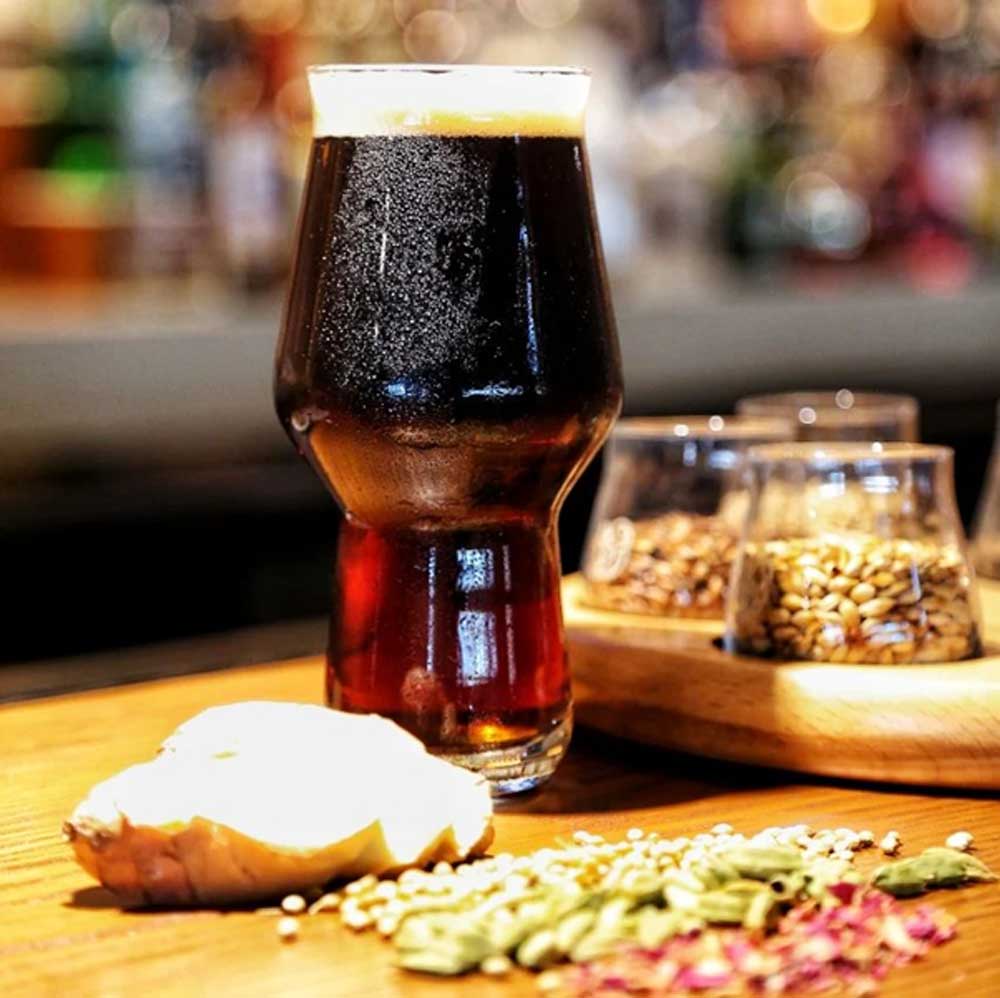 The spice blend that the brewers chose to brew, mimics a Chai impression, and gives beer the punchy aromas and flavours of clove and cardamom. Those sit on top of an exceptionally smooth and slightly toasted malt character. With 5.28% ABV, the spiced Brown Ale is delightfully sessionable. 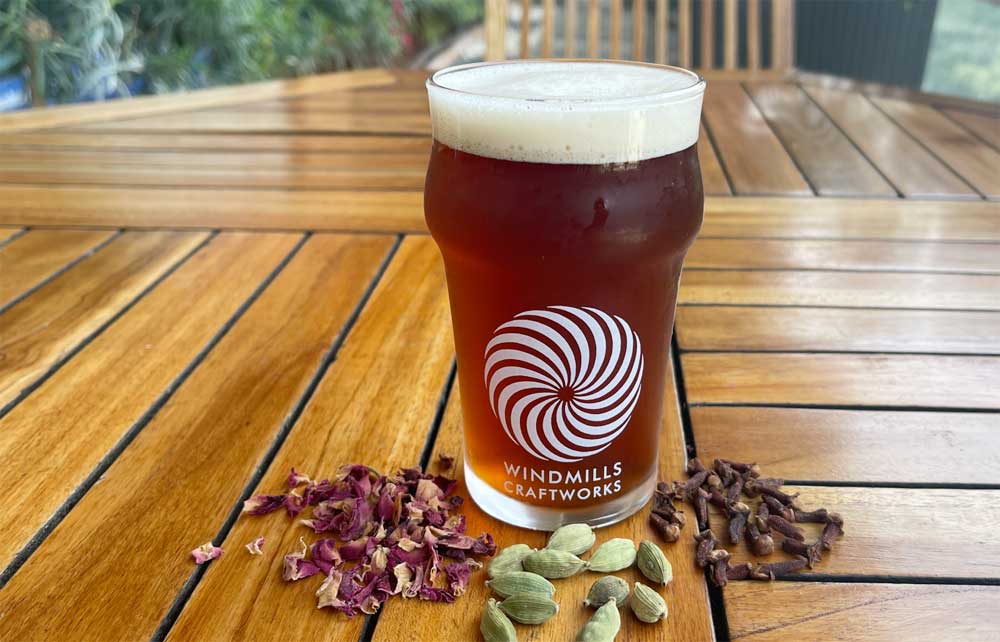 To add to the occasion of Valentine’s Day, Windmills, in Whitefield, is bringing back live concerts. “Thermal And A Quarter” will own the stage on Feb 14, 2022 with their captivating energy and soul-stirring music. With the state-of-the-art music theatre, live concerts turn out to be an immersive experience when enjoyed with a fresh and fizzy pint. 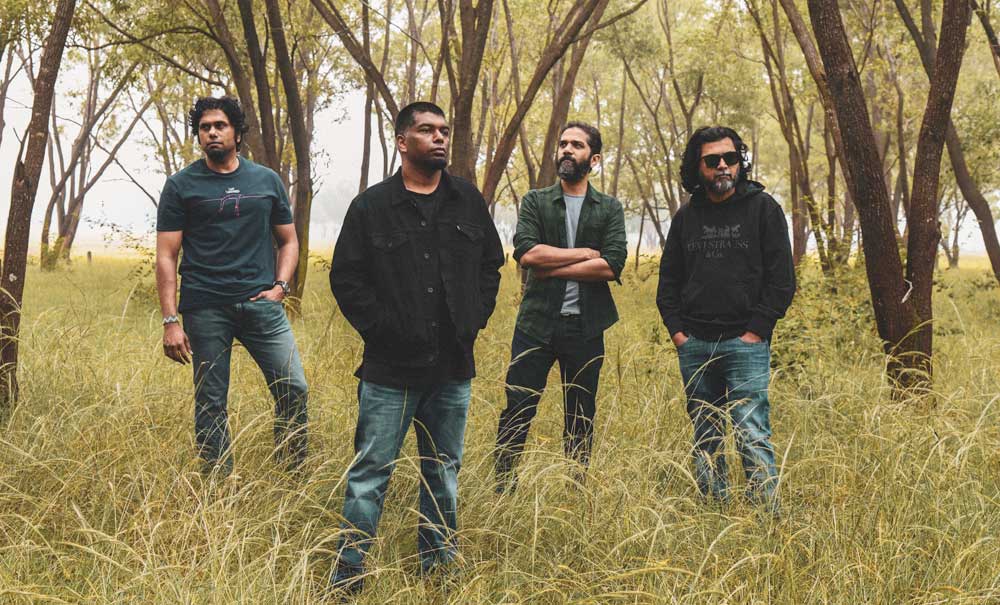 Thermal And A Quarter

Hailed as the “vanguard of the Indian Rock scene”, ‘Thermal And A Quarter’ (TAAQ) describes its music as ‘Bangalore Rock’. Delivering unforgettable, immersive musical experiences, they have opened for acts like Guns N’ Roses, Deep Purple, Slash and Jethro Tull.

For more details about Windmills’ beer line-up or concerts, checkout their Instagram page for latest updates.