A Collaboration Of Forward-Craft Thinking 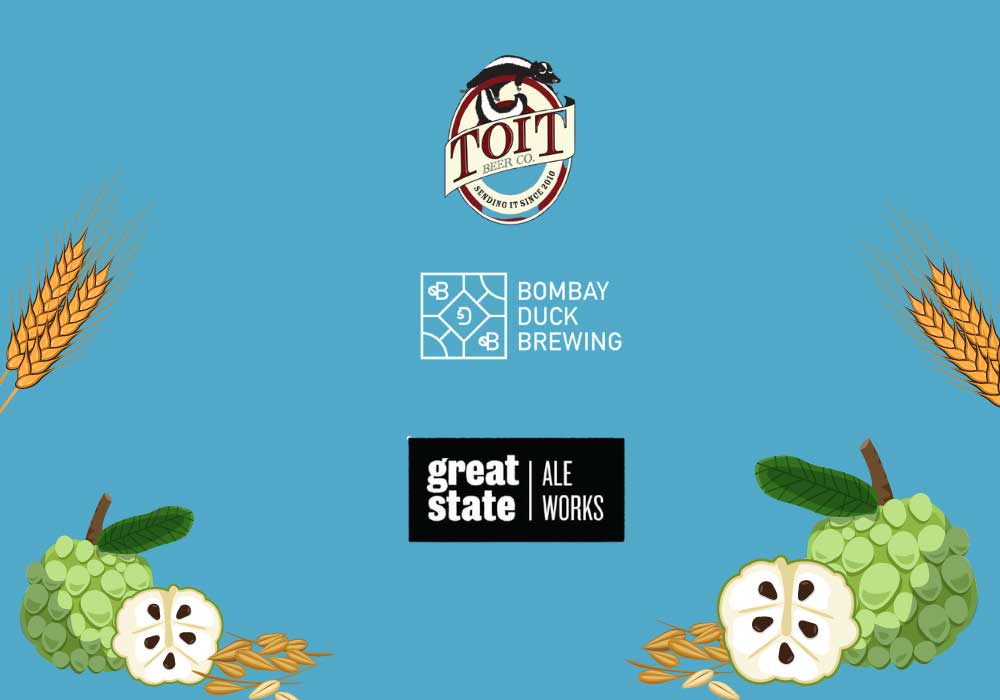 To support and grow our brewing industry we need a swarm of new ideas, innovations & techniques, and collaborating brings that. Collaboration gives people a reason to come together and grab a pint. Breweries like Great State Aleworks, Bombay Duck Brewing and Toit in Pune are pretty unique and experimental and when it comes to collaborations they get really imaginative.

Great State’s series of collaboration brews allowed them to showcase a goal of working with different breweries and having some no-regards-for-boundaries fun in the process. Therefore, many of the collaborations don’t conform to preconceived beer styles. They include ridiculous amounts of decadent, unfamiliar, locally-sourced ingredients and use brewing techniques that have never really been done before. 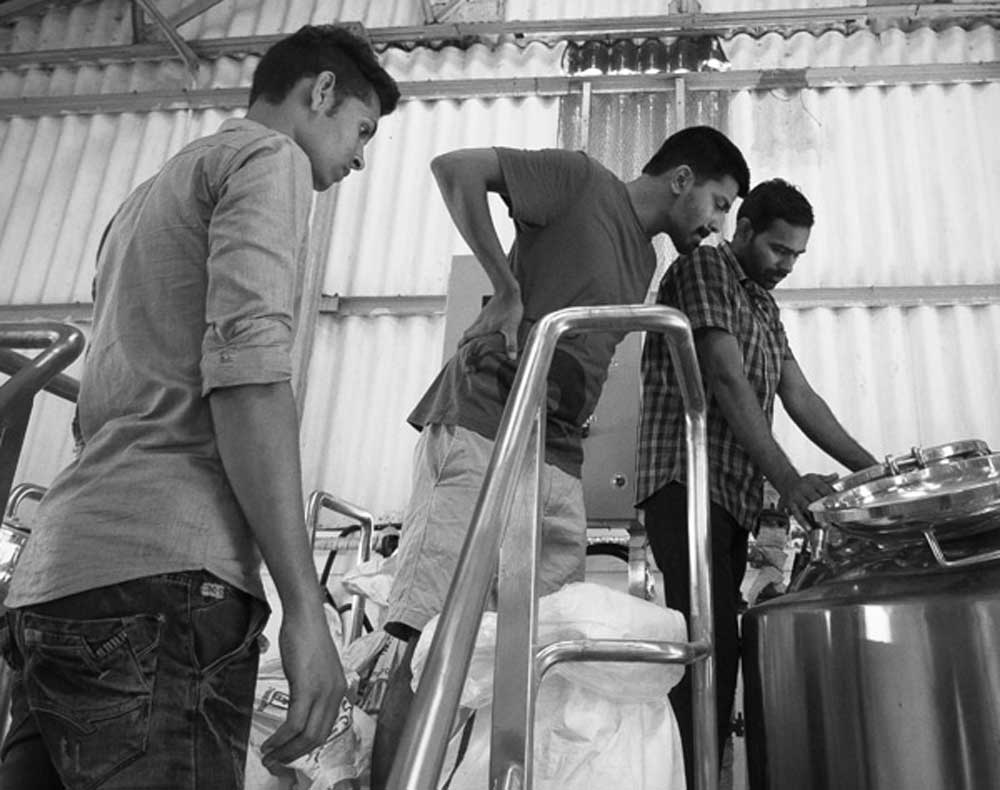 Brewery collaborations arise from way less unsettling circumstances. Brewers who admire each other’s work get together to talk shop, and come up with a recipe that either supports their consumer base or the craft beer community. Whatever the cause, these partnerships have become a staple of the craft beer industry in India. 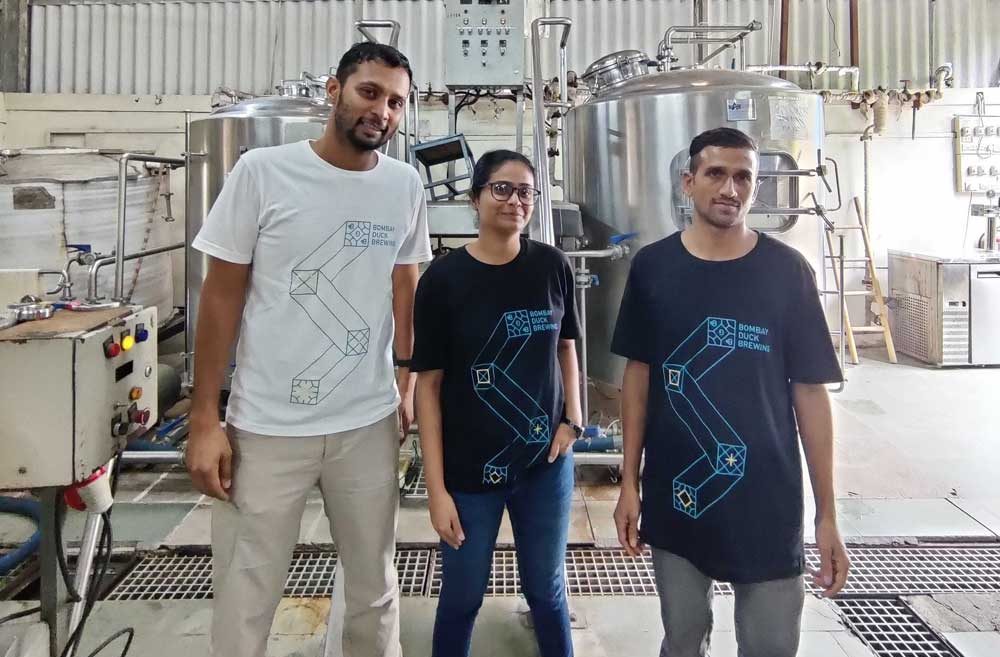 Shady Business was Great State’s first ever collaboration with Bombay Duck Brewing. It is one of the most intriguing collabs where two breweries have come together to brew a Sweet Stout infused with locally sourced Custard Apples. Yes, you read that right! 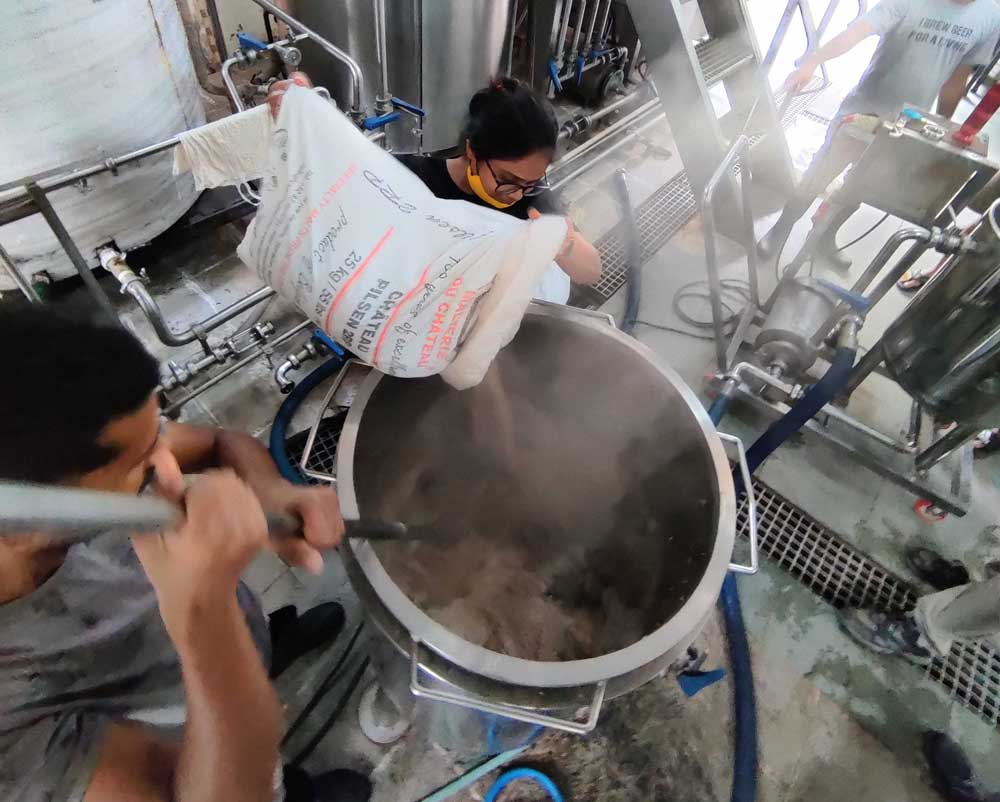 Custard Apples were de-seeded and added into the beer post fermentation to retain the flavours of the fruit. To paint a picture, Shady Business pours jet black with notes of roasted malt and fruitiness lent by Custard Apples and fermentation derived flavours. It is full-bodied with a sweet finish resulting from the residual sweetness. This was a small experimental batch that ran out within a few weeks of its launch. Nevertheless, a great attempt to brew a specialty Stout. 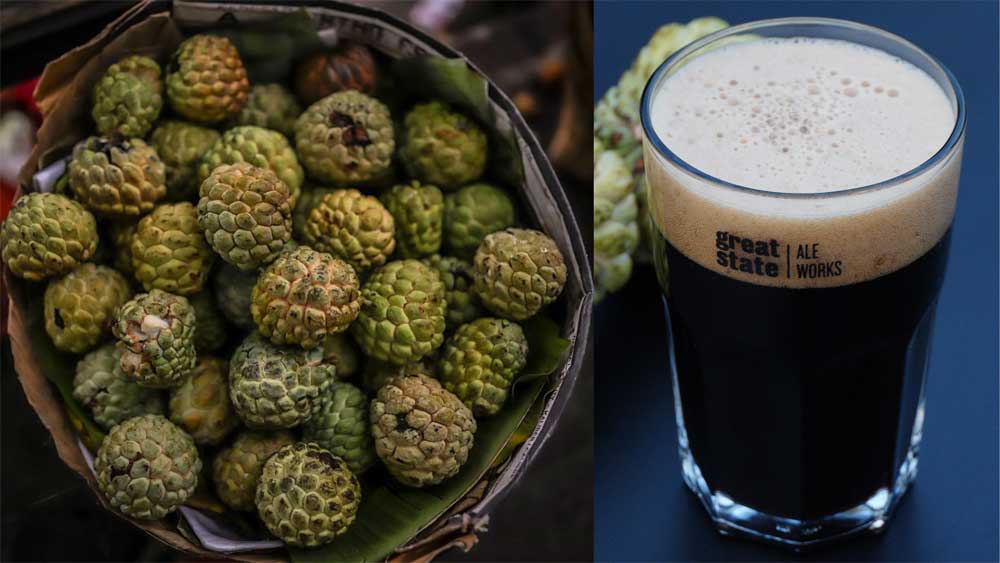 Deal Maker is a classic European style Amber ale brewed in collaboration with Toit Brewpub in Pune. This is where Toit’s English brewing style synchronises with Great State Aleworks’ experimental approach. It is a specialty style Amber Ale that is brewed with locally procured Bajra. 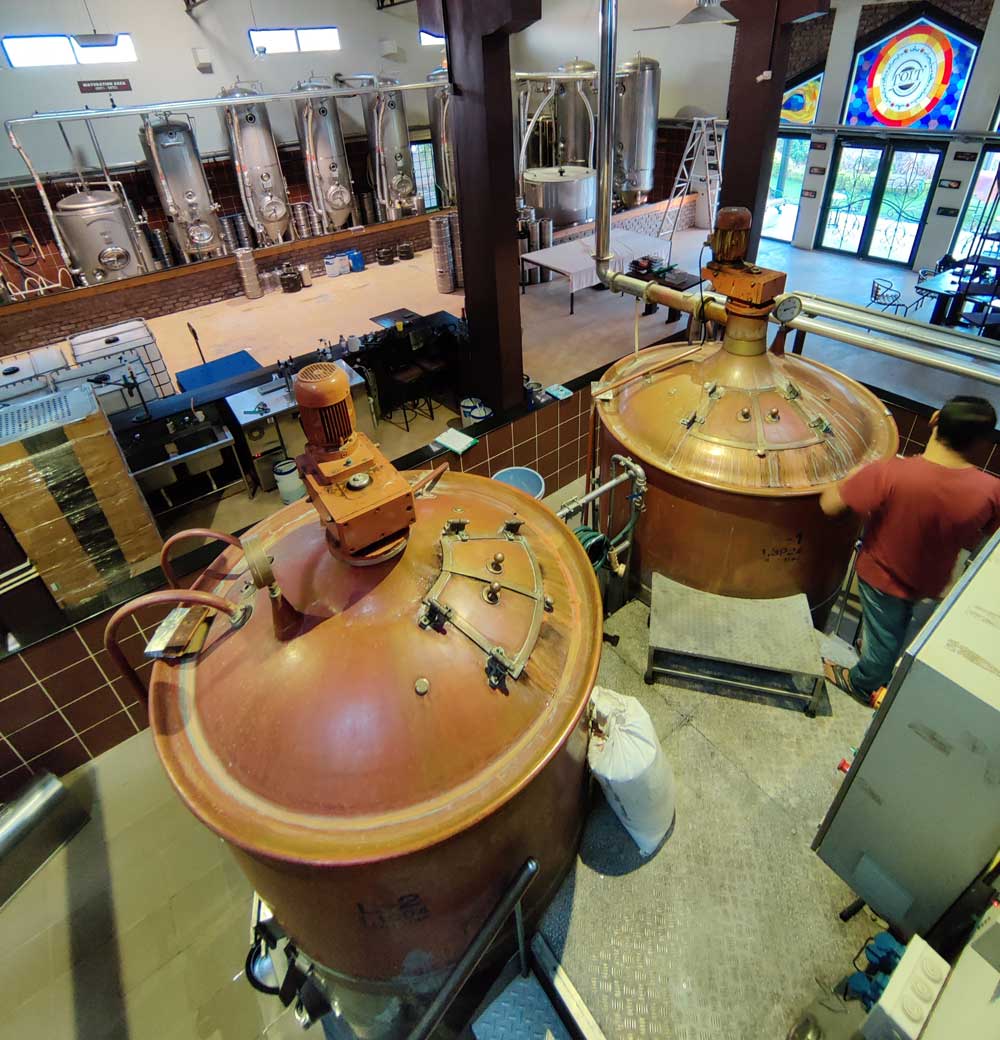 The Brewhouse at Toit Pune 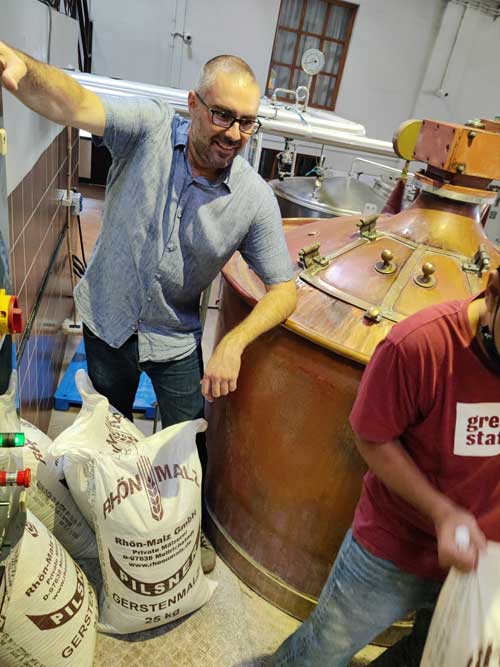 About 30% of the grist consists of Bajra (Indian Pearl Millet), to give the beer a complex malt profile. The dryness and bready flavour from the Bajra creates a balanced profile with toasty notes followed by a lingering caramel undertone. 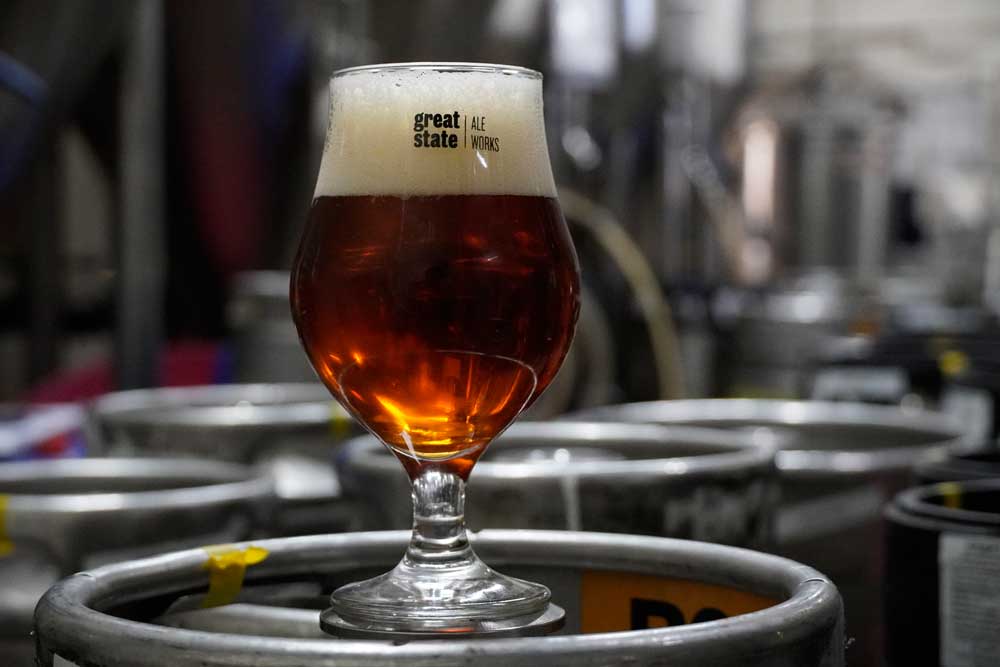 Deal Maker is available at Great State Aleworks taproom, Toit Brewpub in Pune and other bars surrounding the vicinity. Be sure to check this out before the taps run dry.  Shady Business and Deal Maker are one of the most memorable collaboration beers that have come out in recent times. Let us know your thoughts about these in the comments section down below!