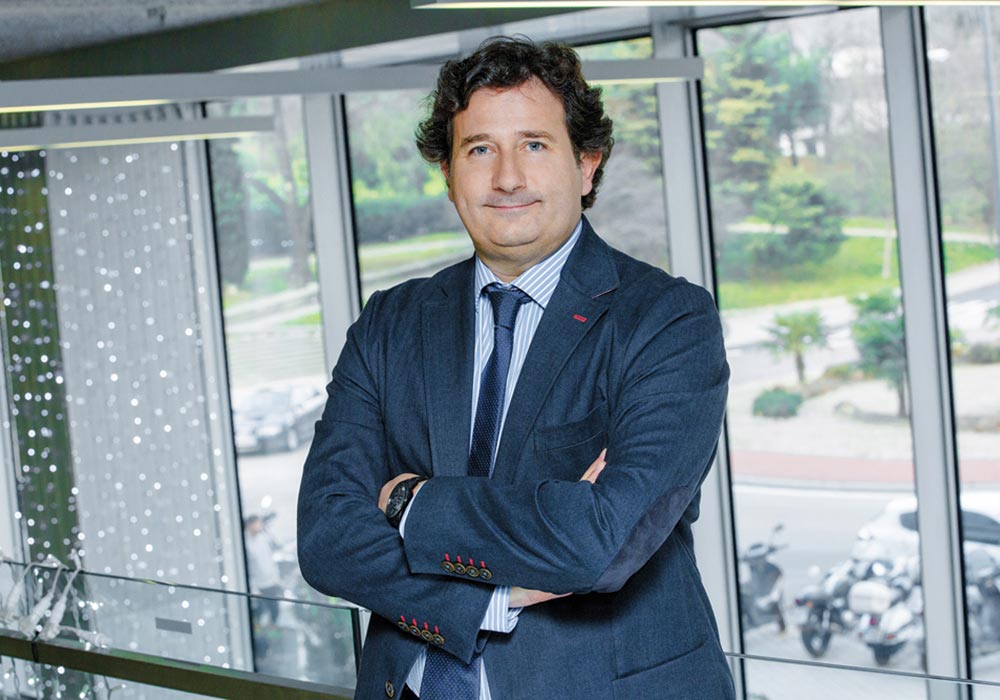 Mahou Group entered the Indian market in August 2012. Taking a leap in the internationalization strategy, the firm established the first international subsidiary of Mahou Group, today known as Mahou India. The firm produces more than 70% of Spanish beer consumed worldwide and has a presence in over 70 countries with a team of 3200 professionals.

Joining Mahou Group (then known as Mahou San Miguel) in 1991, Fernando Bustamante, has spent 26 years holding various managerial positions in and off trade business in Spain. A graduate in Law from San Pablo CEU University (formerly Complutense University of Madrid), Fernando holds a Masters in Marketing Management and Commercial Administration from ESIC Business & Marketing School, Madrid, an Advanced Management Programme from the IESE Business School in Madrid and a Master in Commercial Organization from the CECO, Madrid. He has also been associate lecturer in Market Law at the King Juan Carlos University in Madrid. In 2017, Mahou India announced the appointment of Fernando Bustamante, as their next Chief Executive Officer.

Brewer World, Sneha Nair, in conversation with Fernando Bustamante CEO of Mahou India about his journey and the potential of the Indian Beer Market.

India is the first country for Mahou Group where it has a fully owned subsidiary outside of Spain. What kind of opportunity did Mahou see as a potential in the Indian market? Can you please share some thoughts on the strategy behind the brand’s entry in India?

The Indian beer market has got a huge potential. Over the years, beer consumption patterns have changed along with consumer tastes and preferences and we see a more evolved consumer who appreciates the taste of a full flavoured beer.

Modern Indians want to experiment with new flavours and do not mind spending more if they are given premium experiences – contrary to popular perception. They are now realizing that it’s not only about the alcohol content but also the taste and ingredients that are responsible for the entire experience. As beer is becoming more acceptable as a social drink, is gender neutral and is consumed on occasions where people want to spend quality time together, it is a great opportunity for Mahou India in specific and for all international players in general.

Mahou positions itself as a premium category beverage for the urban population, what is the brand’s USP?

The USP of our products is our secret ingredient – the yeast. This is what makes our products unique. Apart from this, we produce our products under the highest standards of the European brewing process that Mahou Group follows in all its breweries since 1890.

We stress upon innovation to produce quality products and therefore we use state-of-the-art machinery and superior raw materials to ensure that we produce good quality products.

We believe the Spanish culture is making inroads in India, the ‘Cañas y tapas’ (Translation from Spanish to English: Snacks and Beer) of Spain, will soon become a regular option of Indian party enthusiasts and Mahou will be an essential companion with the food. We are introducing not only the taste of Mahou in India but also the culture associated with Mahou in Spain – such as Cañas and Tapas, organizing events and activation to promote this Spanish lifestyle of food and beer in a social context.

Talking about Spanish culture, we cannot miss football which is an important part of our marketing campaign. The strong affinity that we, Indians are developing for football today, is a commonality between the two nations. Continuing our strong legacy of association with La Liga and being official sponsors of Real Madrid and Atlético de Madrid, we are now partners of La Liga India as well. We have also organized corporate football tournaments in the past where corporates like HDFC Bank, Deloitte, etc. have participated. We are committed to the sport and are making consistent efforts to promote football in the country.

How far have you succeeded in attracting the urban social population to Mahou Products?

Our previous products – Mahou 5 Star and Mahou Clasica have been well received, they were admired by consumers as the Spanish beer that comes with the legacy of Mahou Group, the leader in the Spanish beer sector which is 128-year-old company in Spain. Both these products lie in premium category and with a young, vibrant and growing population, our expectations for the premium category of beer is looking positive.

With the launch of Mahou Maestra Wheat, another variant in the premium category, we are all set to delight beer enthusiasts. It is a Belgian style (Witbier) beer with a fruity aroma and a refreshing feeling. The perfect blend of its tangy hints of the Spanish orange peel and the herbal spicy notes with lemony notes of Himalayan organic coriander makes it refreshing, delectable and easy to drink. This is the first Mahou Wheat beer to be ‘made in India’ and also the first wheat beer in India that comes with a pull-off cap in its pint bottle, as part of its premium packaging.

What changes have you made to Mahou brands to suit the Indian palate?

As mentioned above, we use our proprietary yeast which is the same as used in our signature recipe that we use in all Mahou brews whether in India or Spain. We are customizing our products to suit the Indian palate in terms of bitterness, but all products are made with the same yeast that is used to make beer in Spain as well.

What do you see as the biggest challenge to growth of the beer industry in India?

Setting up any new venture has its own challenges. We consider ourselves as a new entrant in the Indian beer industry. We treat our challenges as strengths and prepare ourselves every day to meet with them. We are constantly evolving and adapting to the way the Indian market functions. Being the only subsidiary that Mahou Group has outside of Spain, we are energized and fully dedicated to providing the best quality brands and experiences to our consumers.

We are constantly working on introducing new products to suit the Indian consumer demands. Currently, we are focusing to take Mahou Maestra Wheat to various parts of India.

How do you view the growth of the craft beer market in the country? Has this affected your market in any region, in any way? If not sales, tastes?

As stated above, the beer industry in India largely has “huge potential”. While the existing brands and types of beers continue to grow, there is enough room for global brands and new varieties in India to find a strong place. Brands with global history and distinct tastes will do well, as will the newer craft beers. The sales of craft beers are rising in India, with more than 80 operating microbreweries versus just two in 2008, (BMI citing the All India Brewing Association). In that sense, India is mirroring global trends where there is increasing popularity of craft beers and non-domestic brands and this will continue. Which means that consumers will be spoilt with choices and they will have numerous options to explore and experiment. With our relentless focus on quality and constant innovation keeping the consumer in the heart of all our efforts, we are sure to bring some interesting product offerings for consumers in India. 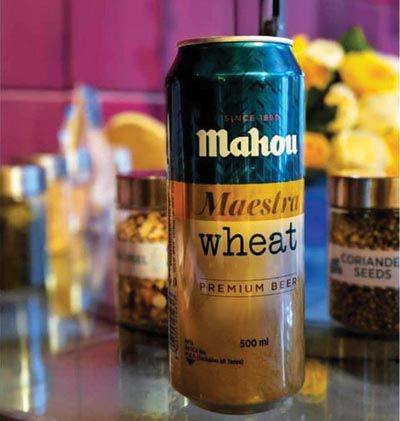 Does Mahou India, have any CSR initiatives on socially responsible drinking? If yes, could you talk to us about a few?

We want to create a beer-loving culture where people enjoy beer responsibly. We firmly believe that beer as a drink has to be consumed in a social context, spending time in the company of friends and family and tapas. We want consumers to enjoy Mahou Cervezas (beers) the Spanish way!

We, at Mahou India, believe in paying back to the environment and society in whichever way it is possible. In 2015, in accordance with the World Water Day, Mahou Group launched an initiative to supply water to 27 families across 10 villages in the Churu desert (India) by building 27 tanks in one of the country’s driest regions. Following this initiative, in 2016, Mahou India had organized a 100 trees plantation drive across Aravalli near our production centre in Rajasthan on World Environment Day. Last year, continuing with the support to water accessibility, we implemented several water and sanitation facilities in educational institutions of Tijara block of Alwar district, Rajasthan, making the life better and more hygienic to more than 500 students and 10 families living close to the schools.

Last year we participated in Smile Foundation’s Cook for Smile event where Chef Vikas Khanna hosted the cook-off amongst CEOs of various organizations to create awareness nutrition for underprivileged children. It was a rewarding experience for me, not only because I was able to share ideas and cook with Vikas Khanna, but also because it was for a great cause close to my heart.

What’s the plan for Mahou India in the near future?

We follow the philosophy of: launch, learn and scale. Currently, we are learning at each step of doing business. We are in India for the long term, and we want to do it right. Our existing products-Mahou 5 Star and Mahou Clasica have been well-received by consumers and we hope Mahou Maestra Wheat is able to delight them once again.

This year we have extended our presence in some states in the south and north-east of the country and we are also looking to expand our portfolio. We want to serve Indian consumers with as many offerings as possible for different occasions serving different needs including alcoholic, non-alcoholic and other types. We are following our innovation plan to suit the needs of our consumers because we have come to India to do things differently. 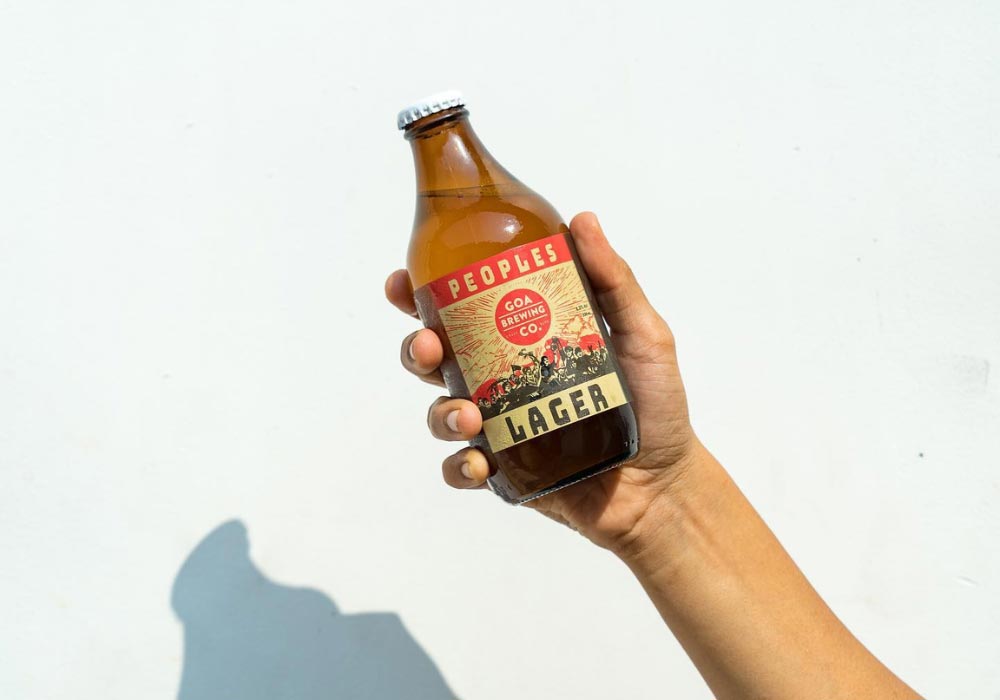 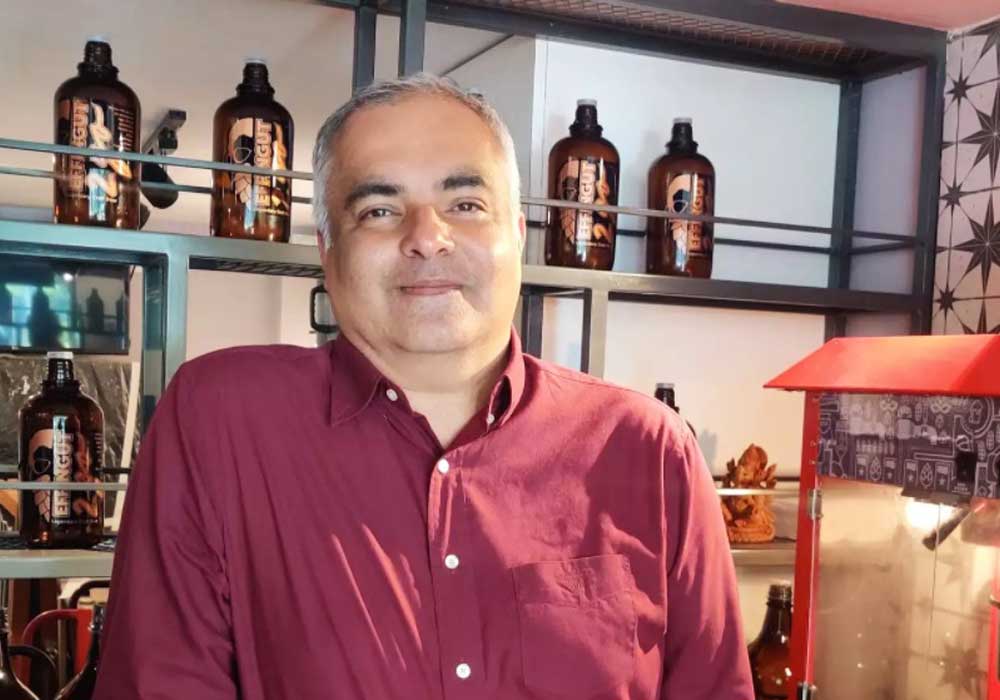