Home / Brewing Business  / Brut IPA: A Tale of an Aromatic and Bone-Dry IPA

IPAs have evolved significantly over the last few years, and there has been a major shift in the Pale Ale landscape. Now, as we speak, there are about a handful of sub-styles under India Pale Ale category, which makes it one of the most vibrant styles. Since the style being versatile, IPAs range from paler, more session-able versions to darker, bolder and fuller versions. In the past decade, there has been the evolution of modern IPAs which led to some of the most unique styles such as New England IPA, West Coast IPA, Brut IPA, Cold IPA, and so on and so forth. Checkout our other article which explains them in more detail.

IPA demographics vary from region to region where a set of craft beer drinkers prefer fuller, less bitter beers like Juicy IPAs or dry, effervescent and less bitter styles such as Brut IPA. With more people “taking a break” from extremely hoppy beers in favor of more refreshing, lower-alcohol craft lagers and ales, these approachable brews stand to convert wine or champagne drinkers to beer, and beer drinkers back to balance. In San Francisco, at Social Kitchen & Brewery, Kim Sturdavant, the brewmaster, back in 2017 had been using amyloglucosidase on his triple IPA to help metabolize the sugars found in that beer. He’s done that for two or three years but had it in the back of his mind to use it on a traditional IPA, to make it bone dry, basically a recipe with no residual sugar and thus came the Brut IPA. 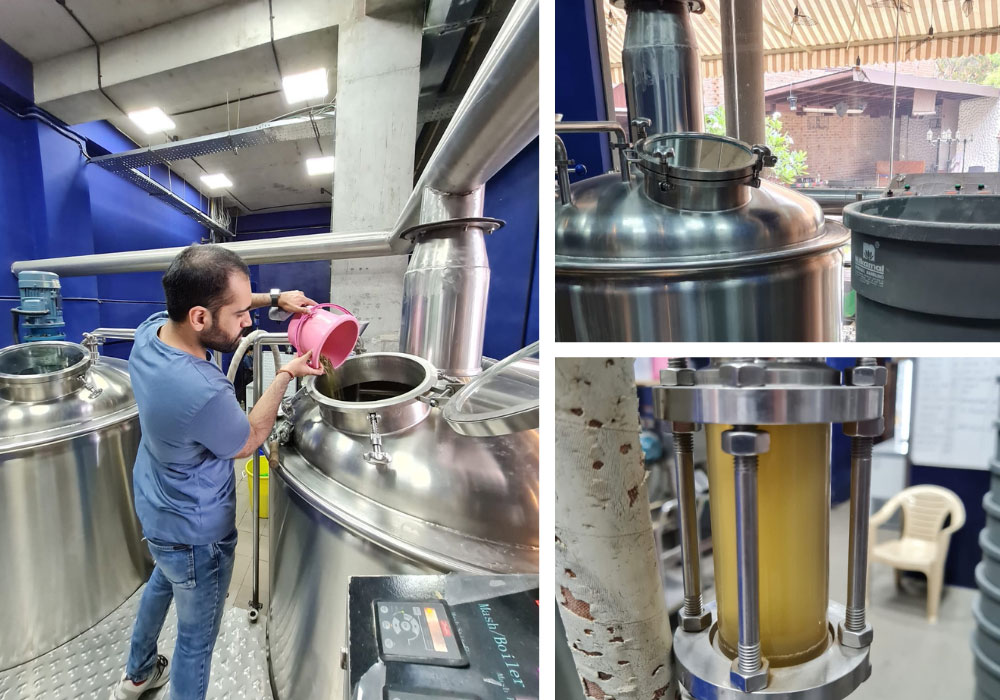 A collage of brew day featuring Amit Mishra, Brewmaster at The Bier Library

Since then, there has been no stopping Brut IPAs. They caught on like a wildfire and pretty much every brewery was brewing them. We recently stumbled across the alchemists from ‘The Bier Library’ who had brewed the Brut IPA featuring Fermentis’ SafBrew™ DA-16 yeast mix. To dive deeper into the style and understand their perspective, we interviewed Souri Peesapati who is the Lead Brewer at The Bier Library.

“What according to you is a Brut IPA? What do you look for in this style and how do you distinguish it from other sub-styles of IPA?” we asked. “Brut IPA is a highly effervescent, dry IPA with a balanced bitterness. What I look for in this style is drinkability of the beer. Brut IPAs are quite lighter and more sessionable than other IPAs without having to reduce the ABV like the session IPAs.” He goes on to add that, “Brut IPAs are fairly new to the market, the target demographic would be the calorie conscious youngsters. Seeing as how the general trend in the west is heading towards low calorie drinks like the hard seltzers and 0 ABV beers. I think once Brut penetrates the markets, it’s here to stay.” Dry & aromatic beers have highly drinkable characteristics and are at the same time extremely flavorsome. 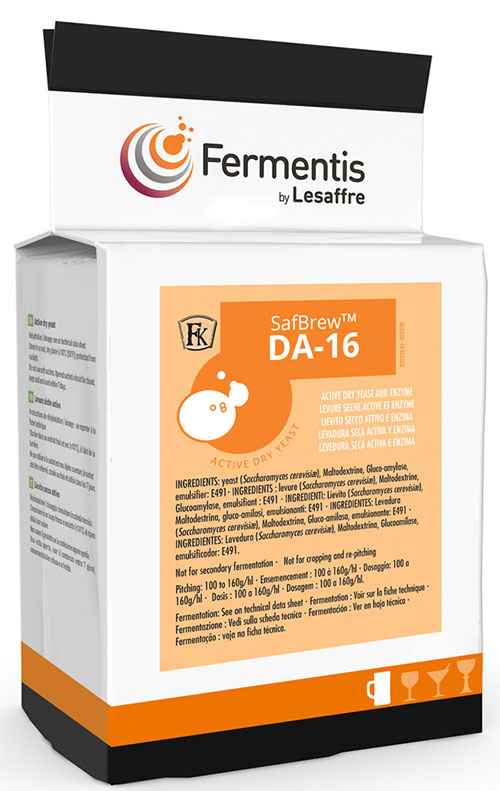 The Bier Library was one of the first microbreweries in the country to use SafBrew™ DA-16 yeast solution from Fermentis for their Brut IPA. While the outlet was not new to making the style, they were new to using a yeast solution like SafBrew™ DA-16 which is packed with the enzyme amyloglucosidase, which throttled significant results for the brewing team. “When we made Brut pale ales before, we had to dose the enzyme separately. With SafBrew™ DA-16 the fermentation was faster and saved money and time on the enzymes. The results we got with the yeast were spectacular”, explains Souri. The dryness of the product specifically comes from the enzymatic activity of the amyloglucosidase. This enzyme converts the non-fermentable, more complex sugars into fermentable sugars. Those fermentable sugars are consumed by the yeast creating alcohol, CO2 and aromatic compounds as by-products. The more you ferment, the more aroma you get. This makes SafBrew™ DA-16, the obvious choice for dry flavorful beers, such as Brut IPA. But how essential is it for the manufacturers to come up with a highly attenuated beer? we asked. “With the general trend moving towards low calorie drinks, a high attenuation yeast solution packed with enzymes becomes very essential. Brut IPA can fill in the demand of low-calorie drinks brought by meads, seltzers and ciders.” He goes on to add that SafBrew™ DA-16 in comparison with other yeast strains such as SafAle™ US-05 or SafAle™ S-04, was aggressive and fast fermenting and had a huge advantage when it came to saving time and boosting productivity. 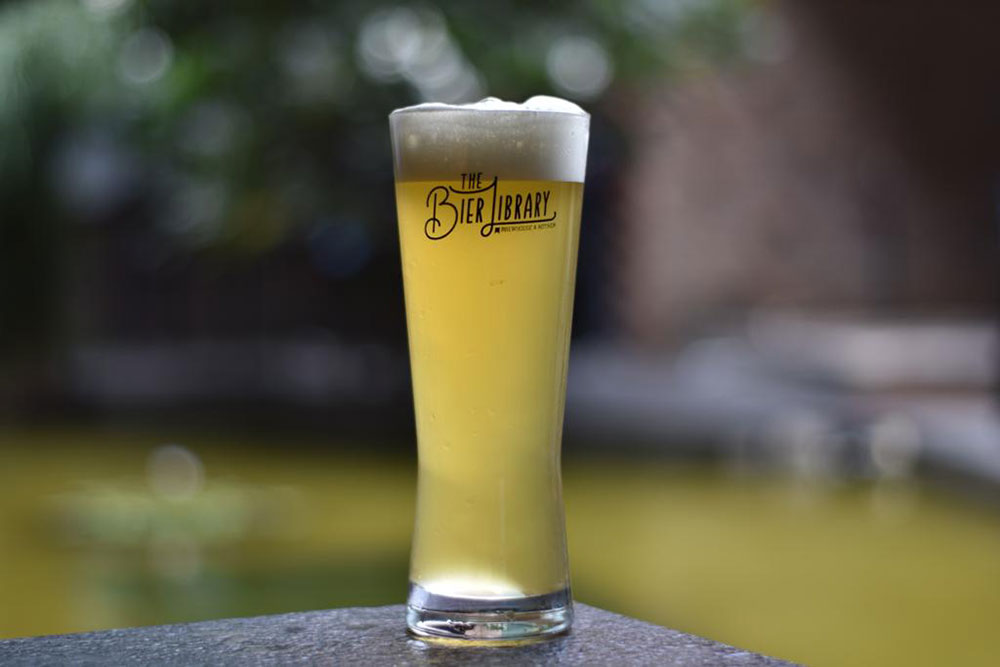 Brut IPA at The Bier Library

To know more about the technical features and sensory profile of the yeast mix, click here. For more Q&A circling the product, head over to this insightful article by Philippe Janssens who is the product R&D Manager for Fermentis. 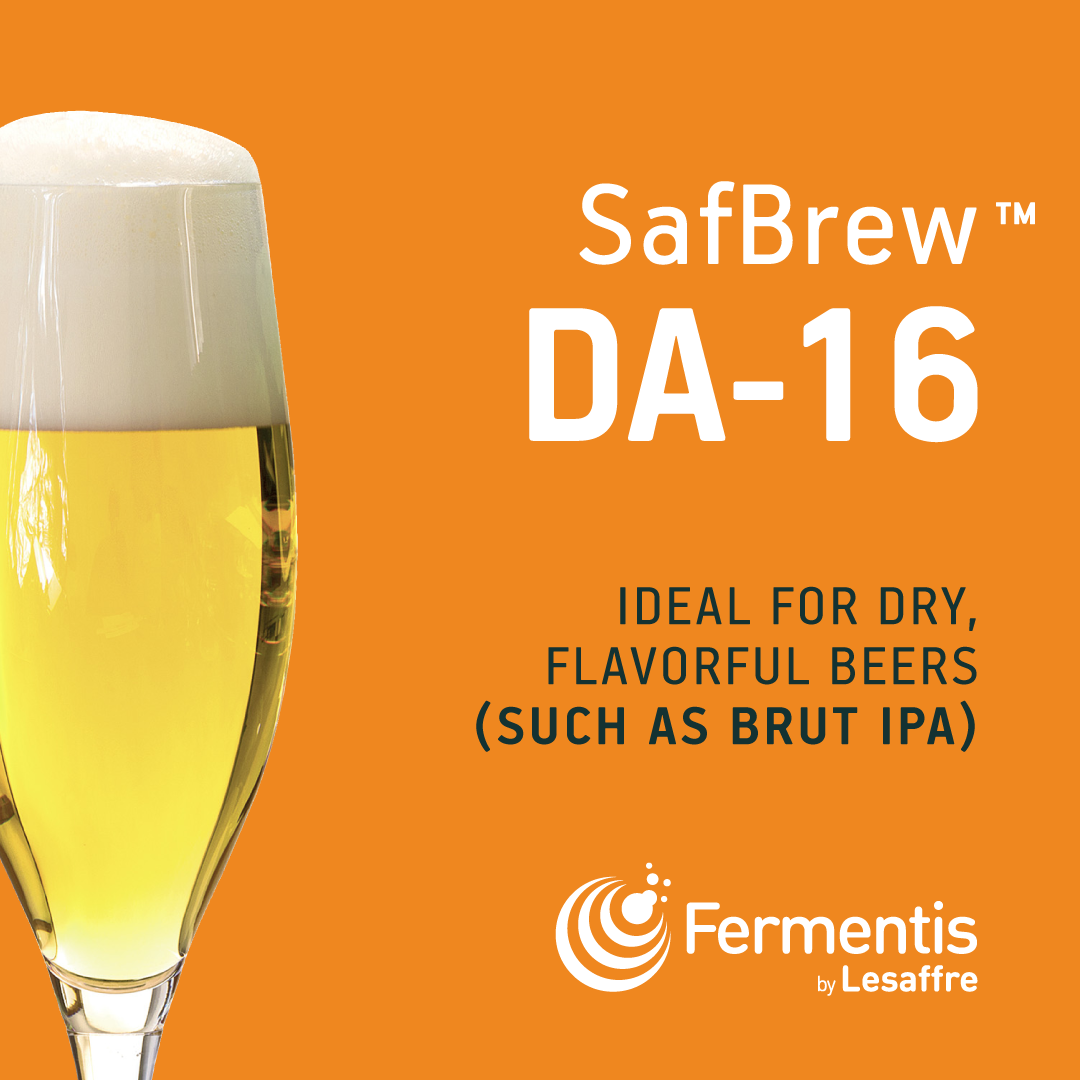