Home / Brands & People  / A Simple Design with a Strong Message

A Simple Design with a Strong Message 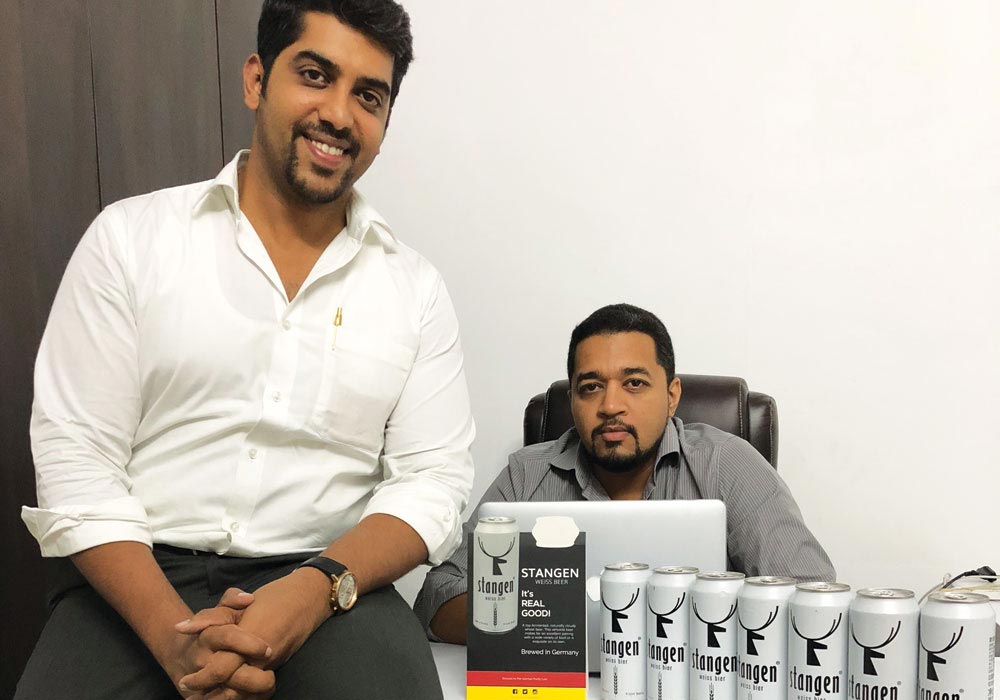 There is no doubt there has been exponential growth in the craft beer market in India. From various microbreweries flaunting their seasonal, fruit infused, nitrogen induced, and the good old stays true to the recipe brews on tap. And with a variety of craft beer on bottles and imported brands stocking the shelves of our favourite retail store, its safe to assume there’s a whole lot more we’re yet to explore, discover and savour.

Embarking on their first venture into this industry – Abhijit Muralidhar, Adarsh Sharath, Arun Kumar and Vivek Poonacha – co-founders of Hops and Barrels Pvt Ltd, aim to shake-up the existing market by teasing the Indian palate with their imported beer – Stangen.

Stangen – Made in Germany and brewed according to the German Purity Law, has no unnecessary flavours or ingredients. The logo decided for Stangen depicts a deer who carries his rack of antlers like a crown is the majesty of the forest. Each year, the deer sheds his set of antlers and grows a new one. In German hunter’s jargon, ‘stangen’ describes those antlers.

Brewer World in conversation with Abhijit Muralidhar Founder of Hops & Barrels Pvt Ltd, about what they have in store for the India beer markets.

Could you give us a brief introduction to what Hops & Barrels is? What is your understanding of the beer markets at this point?

Before we got started we did our research and it was extensive – we visited over 21 breweries in Germany, Belgium & Czech Republic, then came back to India and took a mini tour through Bangalore, Chennai and Hyderabad. We soon realized that even though the market has room for exponential growth, there was always the issue of consistently good beer and in terms of variety, we didn’t have much to really boast about. Our aim with starting Hops & Barrels was to introduce great beers into the market, and that doesn’t necessarily mean another imported wheat beer. Hops & Barrels Pvt Ltd is a two – fold project, one it runs on a distribution model where we want to introduce already existing great beer into the market. Second, we’re planning on introducing our own brand of craft bottled beer titled Kudiks, but that’s a story for another time.

The fact that the younger generation today has so much exposure to global trends, Beer has become an increasingly ‘cool drink’ to hold, and the India Beer Market has rapidly diversified, with craft beer now becoming a major player in the overall market. There is immense opportunity and is something we want to capitalise on.

Recently launching Stangen Beer into the market – could you tell us about the beer (profile), and which cities will it currently be available in?

Stangen is a fuss free, true to style German brew. We’ve just launched in over 399 outlets (restaurants & retail stores) in Bangalore, and it is priced at ₹ 250 for 500ml. Hyderabad & Chennai will be the next cities it’ll be launched in.

Currently Stangen is launching the Stangen Weiss Beer: A top-fermented, naturally cloudy wheat beer. Refreshing and crisp this versatile beer makes for excellent pairing with a wide variety of food or is exquisite on its own. Alcohol Content: Approx. 4.9% abv.

Also launching your own beer – Kudiks – what can we expect from this beer? When will it be launching? And where will it be available?

We worked very closely with brewers from Germany and across Europe to create our own recipes for Kudiks. With launching our own beer into the market, we’re hoping to diversify the already existing craft on bottle portfolio we have in the country. The first thing we noticed shelved on our favourite outlets, is varieties of wheat beer, and no doubt Indians have a wheat inclined palate but that doesn’t mean there is no market for Exotic Beer drinkers. It might be a smaller base of target consumer’s but there will still be a demand for it. For sure we will have a wheat variant on bottle, but with Stangen & Kudiks, we’re hoping to broaden the horizon of choices available for the beer drinker.

We’re looking at Kudiks to enter the market in late September, Bangalore will be the first city where it is launched.

Is it a bootstrap venture or you have an investor on board?

Between four of us we’ve managed to put together the initial capital required to kickstart and see the business through. We do have been approached by people who are interested in investing with us, but we’d like to have hands-on control during the initial phases. Maybe in a year or two we’ll look at getting investors on board.

Being distributors for an imported beer brand, could you talk to us about a few of the challenges you’ve dealt with centric to licencing and government policies? 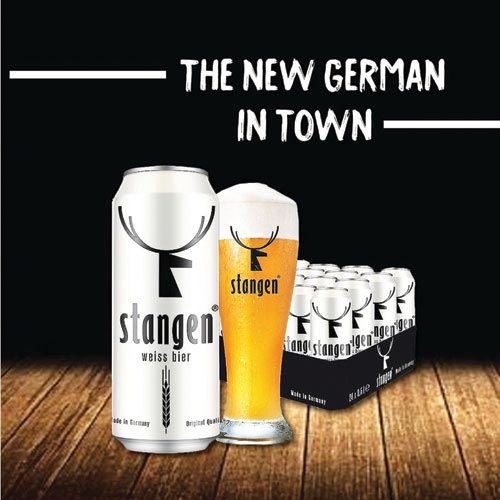 The set norms for beer and the alcohol industry overall are pretty complex with various approvals and licensing required to get going. For instance even wraping ones head around the taxes and duties involved can be a daunting enterprise.

A couple of things we did right was that we were working with some experienced people who helped us with everything from selecting the right retailers to finding our storage units and advise on transportation. Everybody plays a part in this chain and it’s important you have people who’ll add value to the team.

I think the trick is to keep things simple and be persistent, though the challenge is to understand the system, once you do then things get a lot simpler and things start falling into place.