Home / Microbrewery  / We all live in a Yellow Submarine

We all live in a Yellow Submarine 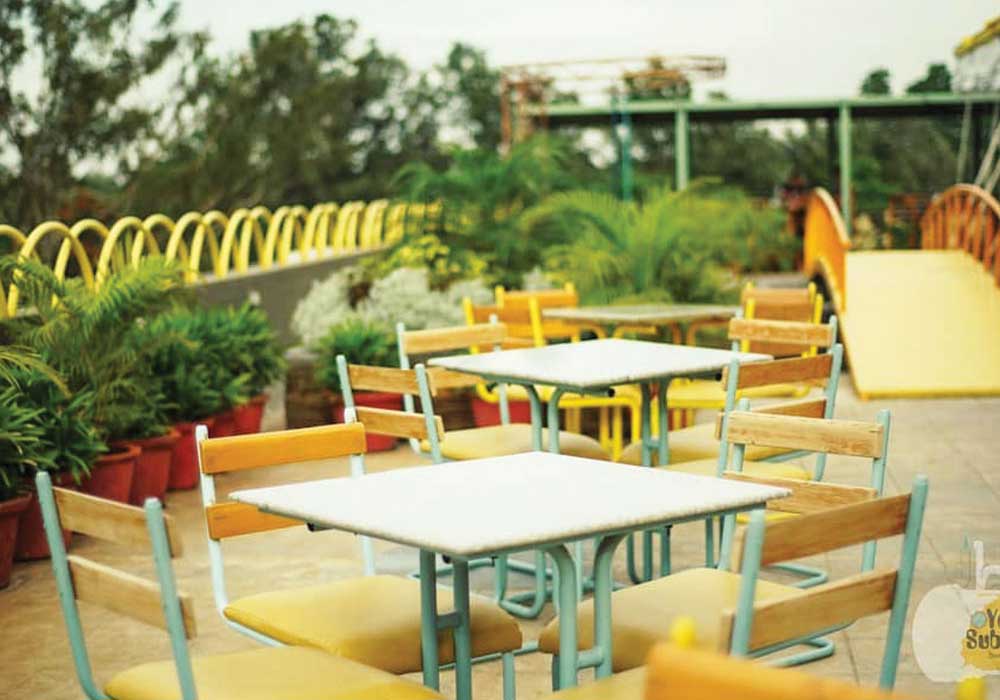 Overlooking the lush-green IIM-Bangalore Campus, The Yellow Submarine Beer Deck is SS Hospitality’s latest venture into the burgeoning craft beer markets in India. Brewer World in conversation with Raghunandan Prasad, owner of The Yellow Submarine, “Our goal when we started brewing was to create authentically exceptional beers, using traditional recipes and adding our unique signature twist so our discerning customers can always distinguish our brews that pair well with our food menu. The essence of our speciality is taking ordinary everyday dishes or drinks and showcasing it in a whole new light!” 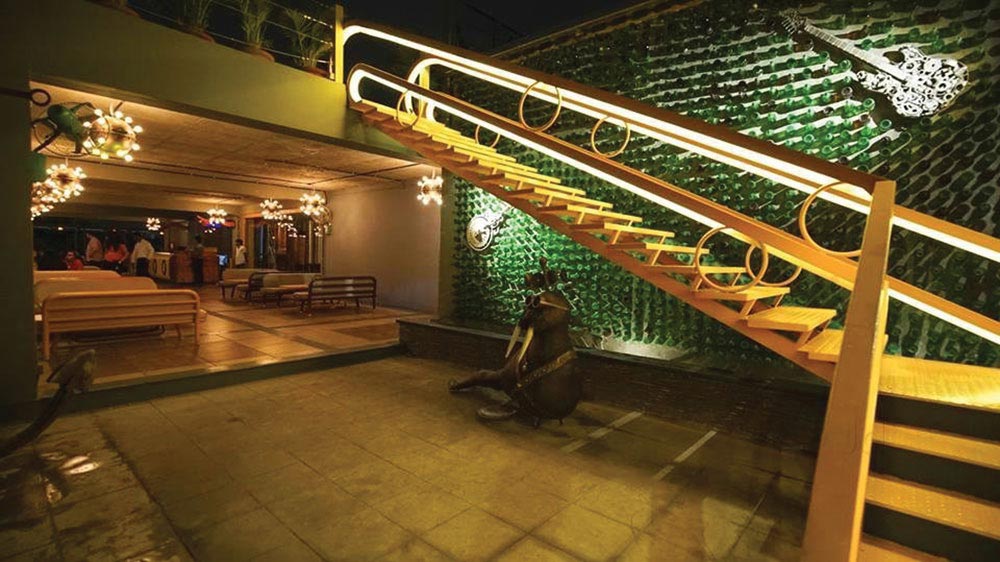 When did you first fall in love with Craft Beer?

I got a taste for craft beers during a stint in the USA, noticed that all the beers in supermarkets were brewed & bottled by local brewers, it was interesting to see that the beers from big industrial breweries were at the far end of the shelves.

Shortly after I noticed several microbreweries being set up in Bangalore, the whole idea of a stand-alone brewery inside a pub allowing us to brew our own beers opens-up a world of possibilities that consumed me, we are fortunate to be in a position to pursue this calling.

How did you settle on the name? Is there a story behind it?

Yellow Submarine marries my love for beer and music! The brewery is a tribute to my favourite band The Beatles and perhaps one of their most iconic songs. It’s practically an anthem to anyone who loves rock and roll!
That’s what we want the brewery to be – a hub for great music and great beer! Bangalore was the rock capital of the Country, but rock music slowly seems to be slipping away into the yesteryears.

We want to be the last Hurrah for all rock lovers!

Talk to us about your brew master? What is the current beer portfolio on tap? Which is your fastest-selling beer?

An IT enthusiast turned full time brewer, Karthik Singh is self-taught learning his craft through extensive reading of books and research on the internet. With an uncompromising mind to make sure every pint poured is of the highest quality. He very passionately believes that craft beer is about pushing the boundaries of what we consider are traditional beer flavours, maintaining a balance between traditional recipes and some wacky out of the box beers to make sure there is something always exciting to try at the Yellow Submarine.

We work well together because of our common interests that go beyond geeking out on beer. With this mindset, our portfolio of beers always consists of a mix of traditional German, Belgian and American beers along with a few experimental beers with fruits, spices, and pretty much everything that we assume can be thrown into the mix like a crazy witch making a magic potion.

Like everywhere else in India, the Hefeweizens, Witbiere and other high ABV Belgians are our highest sellers, but it is heartening to see the rise in consumption of beers like our IPA and Kolsch.

How has the market responded to your establishment? How do you engage with your customers?

We had a slow start thanks to the supreme court ruling about pubs needing to be 500mtrs from highways, thankfully the rule was amended.

The soul of the yellow submarine which is its brewery only sprung to life a few months ago, this certainly pleased our regular guests who began getting more and more of their friends.

I strongly feel that word of mouth is our best means of marketing, it definitely fetches the best patrons. We accomplish this by leaving strong positive impression on all our customers, and let the service do the talking. We also rely heavily on our Social media marketing, we are quite active on all the popular platforms thanks to my wife who spearheads the marketing for Yellow Submarine.

The interior design is impeccable at the Yellow Submarine. Could you talk to us about the theme, & story behind the same?

Thank you! We spent a lot of thought and effort into the fabrication and setting up the interiors. Everything at the Yellow Submarine is bespoke and hand crafted, custom made just for us. Nearly all the main features like the doors, the bridge, the sails, the waterfall staircase and all the furniture have detailed scale hand drawings or CAD drawings designed by me. Countless hours were spent with the contractors and fabricators reworking and redesigning certain features of the pub till everything fell perfectly in place and worked practically too. We have been very frugal in our use of materials for example all our lighting (which is also bespoke), the sea mine lights for instance were spun at a local factory and riveted into place, we used railway signal lights for the high chair seating area and used water meter housings for the underwater lights that embellish our pond and waterfall.

Overlooking the lush-green IIM-B Campus, The Yellow Submarine has been set up with carefully visualised decor and thoughtful seating arrangements spread over a large open-terrace space, to make the most of Bangalore’s splendid weather. We are still putting the finishing touches on the upper star deck, the interior work never really ends at the Yellow Submarine! still so much to do!

With so many craft breweries in Bangalore and around you, how do you stand out?

We constantly have something happening here, like our Harry Potter Week last month, or the Star Wars weekend and the Ghibli Screenings. My Wife and I curate and conduct these events personally where we design special food and bar menus, and host loads of activities that incorporate the highlights of the theme. We have conducted garage sales, sapling planting drives and our very own Beer Olympic Games which we hope will become regular affairs.

When we are in full swing, we will have live music events everyday! Showcasing some of the best bands Bangalore has nurtured over the years while staging and fostering new talent with live performances, open mic and karaoke.

There will always be something brewing at The Yellow Submarine

Is this your first venture into the world of F&B? Do you have any previous or currently existing properties?

This is my second venture into the F&B space, the 1st one is Deja Vu which is a Buffet & Bar on the same road. My Sister and I set it up over 5 years ago, I learnt a lot from the exercise; once we stabilised the business it was time for the next new project. We are a family who run business, my father entered the F&B space with Cross roads Inn and the 24th main which has become a landmark of sorts in the area.

What were the main challenges faced while setting up your brewery?

The main challenge is easily the government and the plethora of vexing departments that you have to deal with in-order to set up a brewery or any establishment for that matter but being a place that produces alcohol garners extra scrutiny.

Technical and equipment issues take up a close 2nd place there is a lot of things that can go wrong and they will go wrong, trust me.

Luckily, we are now blessed with a good brewing team, but we had a rough start, there are a lot of wannabe brewers out there looking to make an easy buck by lying about their credentials, trying to make the most of the microbrewery wave that has hit Bangalore. You have to know your beers and keep learning every day to stay ahead of the curve.

Today there are 2 burgeoning markets for beer in India, one is the conventional brewery set up where beer is brewed, bottled /kegged and sold in the open market and the other is the microbrewery attached to a pub.

Already in parts of Gurgaon this unchecked growth has resulted in too many breweries competing for a finite market. This has led to poor industry practices churning out shoddy beers. The same goes for the bottling/kegging plants too. Quite a few of these places have shut down or changed management several times.

It’s only a matter of time before the customers begin to understand what constitutes a good beer and what to look out for in their craft beers, as soon as that happens those establishments that were simply set up to follow a trend or for glamour will automatically be weeded out.

What’s the one thing you would tell people to expect when the visit your brewery?

Expect to be pleasantly surprised as soon as you pass through our doors. Take a moment to absorb our relaxing ambience and experience some of Bangalore’s finest beers paired thoughtfully with nouvelle cuisine. But don’t worry, the bill will leave you feeling equally delighted. 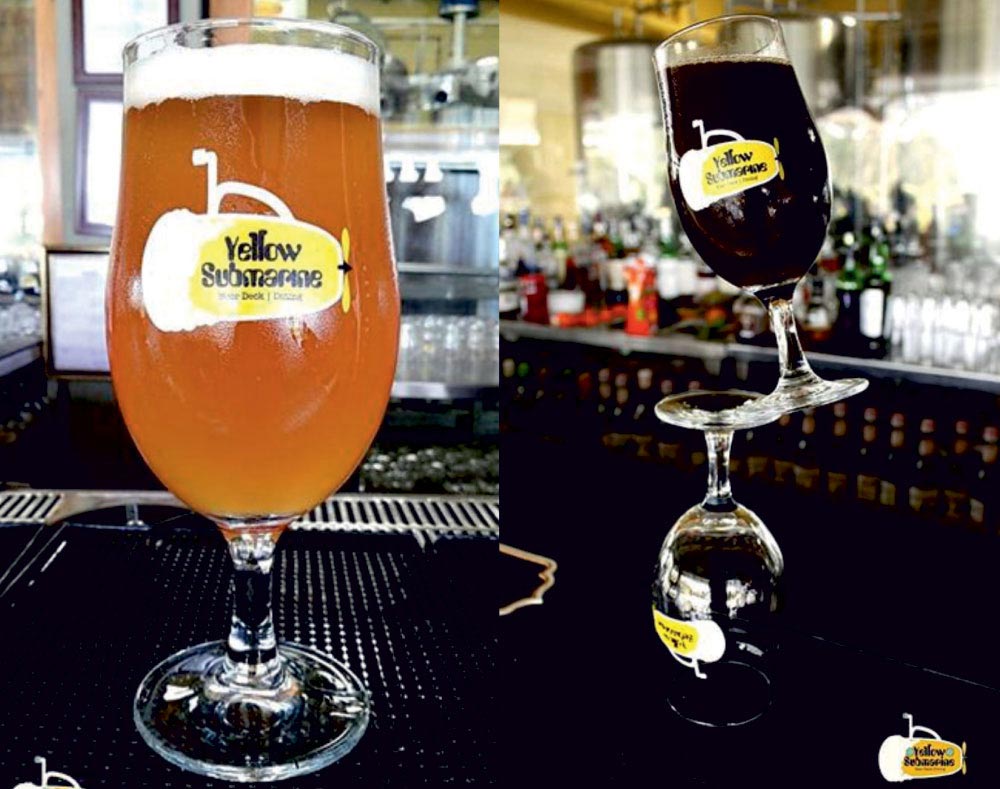