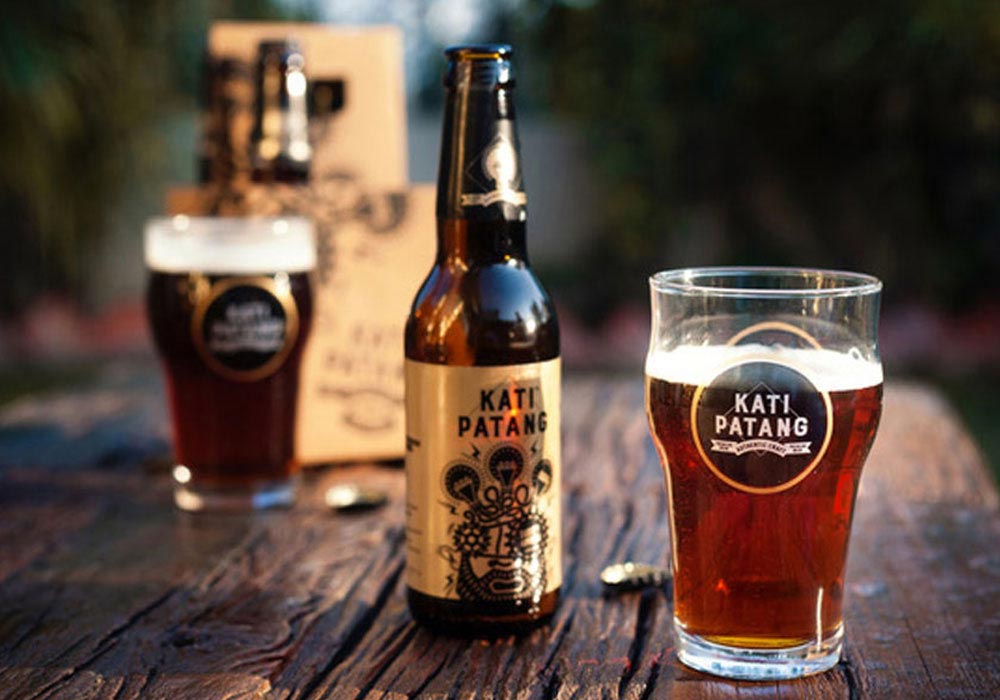 Launched in October 2018, KATI PATANG’s Zesty Amber ale, is the latest addition to India’s booming craft beer market. This amber-gold beauty is brewed with the purest Himalayan spring water and loaded with all-natural malts and aromatic hops. The result is a perfect balance of intensely complex flavours with a wonderfully smooth caramel finish. The bottles are currently available only in Delhi but expect to find them in Bengaluru by the summer of 2019, and in Mumbai by the end of the year.

Shantanu & Lata Upadhyay’s passion for craft beer inspired them to start Kati Patang, which signifies the uninhibited, free spirit that lies within us all. Mentored by Jim Koch, ex-BCG turned brewer, founder of Samuel Adams beer and father of the US craft beer revolution, the duo set their plan into action. Contract brewing with Ser Bhum Brewery in Bhutan, their devotion toward brewing with the purest source of waters from the Himalayas is savoured in every sip of Kati Patang’s Zesty Amber.

Sneha Nair, BW correspondent, in conversation with Shantanu & Lata Upadhyay on the Kati Patang journey & their views on the Indian craft beer market. 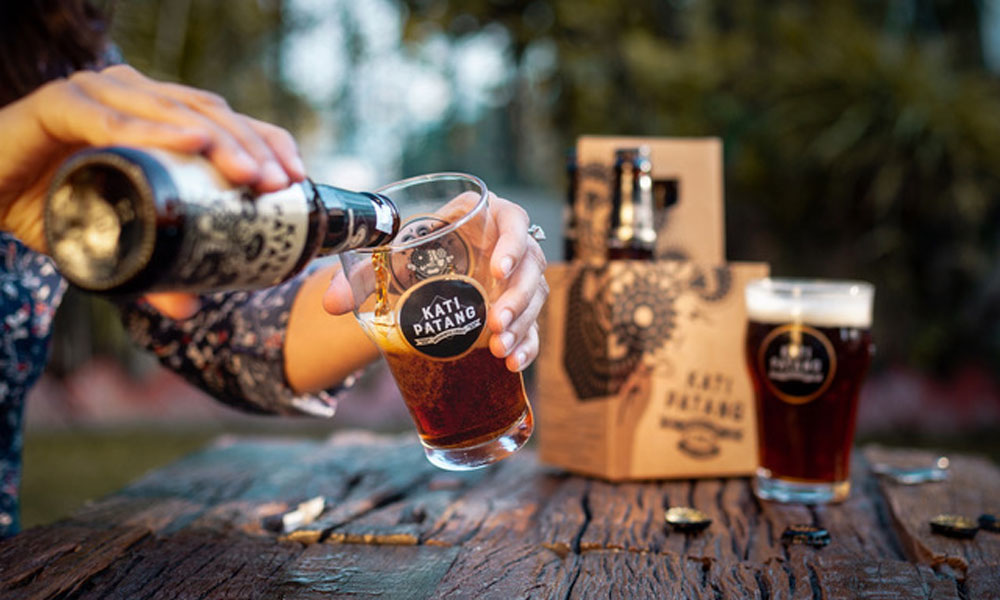 You chose craft beer as your business proposition. What was the inspiration or business motive to get into craft beer? What was your understanding of the beer markets at that point? 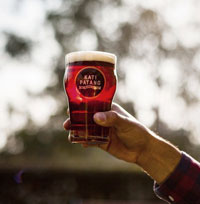 “Neither Lata nor I come from the F&B world. We were gradually baptized into craft beers over our decade long stint in Boston and New York. I have been in management consulting all my life. So when I decided to call it quits at BCG simply for the love of beer, not many could make sense of it. Now that I look back, the decision didn’t come easy. Once we moved back to India, both Lata and I were missing our amber ales and IPAs. But Lata thought that it will be way too extreme to blow up our careers to launch a beer especially in a market where the optics of this business are not that great. I guess the turning point was our meeting with Jim Koch in Boston. Jim is an ex-BCG consultant who founded Boston Beer Company and created Sam Adams. He is also a key catalyst of the American craft beer revolution. The few hours that we spent with him gave us both the conviction to finally take a plunge into beerpreneurship. Also, Jim’s advice has come in mighty handy a zillion times through the various pitfalls in the journey so far”, replies Shantanu.

Lata goes on to add, “Yes, that meeting was a page turner. Beer market in India is still evolving. There is limited awareness of different styles and possibilities with beer. The standard lager and wheat are what are understood by most as beer, and what is sad is that there hasn’t much been done to bring out anything different. Something different is always a risk but then that’s what true craftsmanship is about – innovation and authenticity. Craft beer is much than just a business proposition for me. There is something energising and celebratory when I see a pint of an authentic craft beer. To me, craft beer is about opening new doors. Its about bringing alive richer experiences. Its about belonging. Its far more than the beer. And that is what excited me to so plunge into it”.

Is there a story behind the brand name and logo, that you could share with us? How did you settle on the name ‘Kati Patang’? 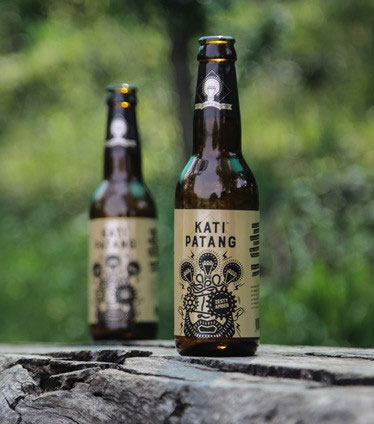 Craft beer movement stands for freedom from mass, industrial beers. Kati Patang, for us, symbolises that spirit of absolute freedom. The name alludes to a flying kite that starts to soar and float as soon as the last bondage of the thread goes away. True to the real craft movement, our brand stands for unfettered freedom and creativity unbound.

Kati Patang, in some ways, was born out of our strong urge to break the shackles and create an honest expression for ourselves. We believe this emotion is at the heart of our New India. Our brand Kati Patang is a celebration of the creative alt ego. It is an invitation for an opportunity to tune in, give in to your uninhibited self and be who you really are.

Currently available in Delhi, how far have you succeeded in attracting the urban social population with Kati Patang’s Zesty Amber? When can we expect distribution in Bangalore & Maharashtra?

It has been just four months since we started pouring in Delhi and we have gotten very positive response and appreciation from beer aficionados, chef community and consumers at large. People are liking Kati Patang for its distinctive notes and aroma. Also, they find our brand story quite unique and intriguing. We have managed to get inroads with a fair mix of millennial hotspots, fine dining restaurants and luxury hotels and the response has been fantastic. A strong repeat purchase is already evidenced both on- and off-premise. We are looking to expand our footprint to include Karnataka (Bangalore) by May/June and Maharashtra (Mumbai and Pune) later this year.

What are your plans to launch new craft beer variants and expand your marketing footprint? 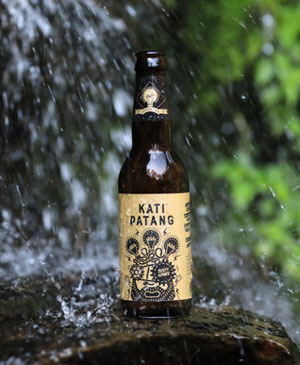 “We are already present in Delhi and Chandigarh, and soon in UP too. We will be launching in Karnataka this summer. Mumbai, Pune, Goa will soon follow. Currently, we have one variant: Zesty Amber. That’s a unique twist to the Amber Ale style. Rich, golden colour beer with medium caramel flavour punctuated by light citrus notes, we believe its the right starting point to get the Indian taste buds engaged with flavour in beer”, adds Lata.

Shantanu continues, “We hope and are aiming to capture the same spirit of giving a unique twist in our other styles as well. The next one is expected to come out by May this year, we will roll it out in Delhi and other markets thereafter”.

Since the launch, could you talk to us about Kati Patang’s CSR Initiative – ‘H2O Matters’? (give us a bit of insight into the initiative, & how you are promoting the same)

Beer is more than 90% water, so the importance of water in beer cannot be overstated. In fact brewers throughout the world attribute much of a brew’s flavour to the water that is used for brewing. We were chasing the best water for our beer when we chanced upon Serbhum brewery, nestled amidst pristine mountains towering over 10,334 ft. The natural spring water used at the brewery is collected from the upper Himalayas. There was no doubt in our minds that Serbhum would be the birthplace of Kati Patang. Right now our focus is to bring consciousness towards the importance of water, subsequently we will be working on some initiatives geared towards this.

How do you view the setting up of numerous microbreweries in the craft beer market?

There has been a lot of activity in the craft beer space. But it is still quite nascent and needs quality consciousness and innovation to live up to the expectations of craft. Overall, we are quite bullish about the craft beer market in India whether its bottled beer or brew pubs. Indian weather is well suited for beer. Per capita consumption of beer in India is less than 5 litres, a mere drop compared with the Asia average of over 50 litres. There is growing class of young, urban millennials and well-travelled Indians who love beer and conscious of what they consume. They are quite willing to trade up for better quality and passionately brewed craft beers.

What do you see as the biggest challenge to growth of the beer industry in India?

The biggest challenge is that mild alco-beverages such as beer, wines etc. are still more or less clubbed with high spirits as far the Indian regulatory regime is concerned. For newbies with a simple dream of selling a beer they like to drink, we and our partners in Bhutan found it intimidating and exhausting to navigate through a highly complex matrix of registrations, clearances and cost cards. Although in hindsight, it seems those challenges really helped us bond at a different level altogether. Tenzin, Karma, Sonam, and we are more of a family than business partners. I often fondly recall Tenzin and I helplessly driving around the Indo-Bhutan border town carrying a 30L keg trying to figure out how to ship it to Delhi for label registration. 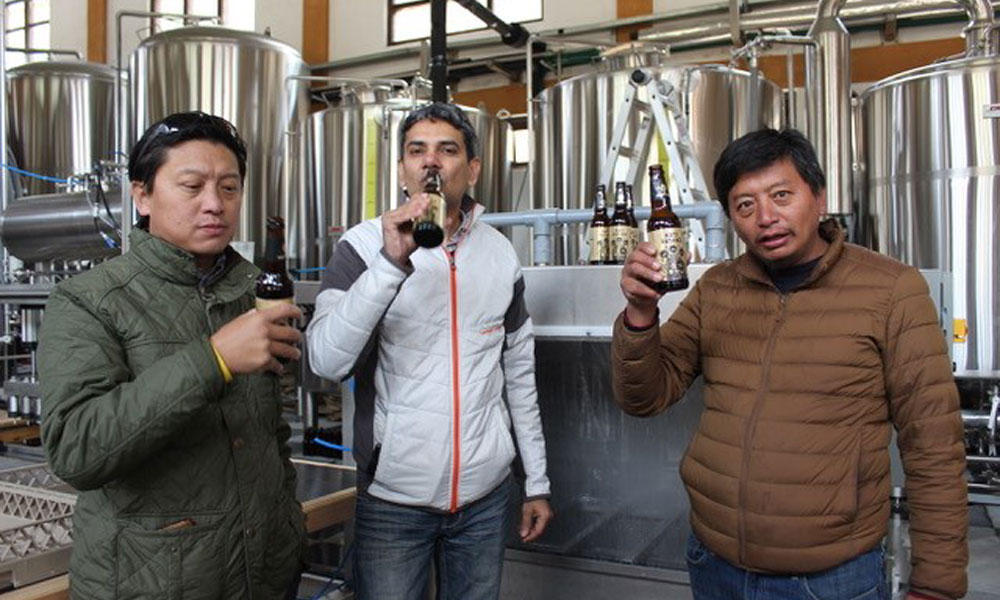 “I would say come prepared for a big fight, you fight the system, you fight perceptions, you fight the set ways of doing things, so yes you have a big fight on your hands. Once you are prepared to fight your mindset changes. You stick to your guns and people and environment has no option but to bend for you. Stay true, stay focused and things will happen,” answers Lata.
Shantanu responds, “I have three things to say to anyone who is keen to be an entrepreneur not just for beer but for anything. First, analysis will always be able to prove that odds are heavily against your succeeding in entrepreneurship. So, don’t just rely on your logical brain for the decision but take a leap of faith. Second, be ready to unlearn. My years in consulting were not enough to prepare me for what lay ahead. We realized the hard way that we don’t define the rhythm, but our environment does. It’s important to stay very nimble and humble along the way and relentlessly seek creative ways to translate every problem, whether big or small, into an opportunity. Third, wisely choose your partner. You need someone who shares your passion and complements your skills to help go through the highs and lows of an arduous entrepreneurial journey. I chose Lata. She loves beer. I get carried away with the possibilities while she keeps us all grounded”. 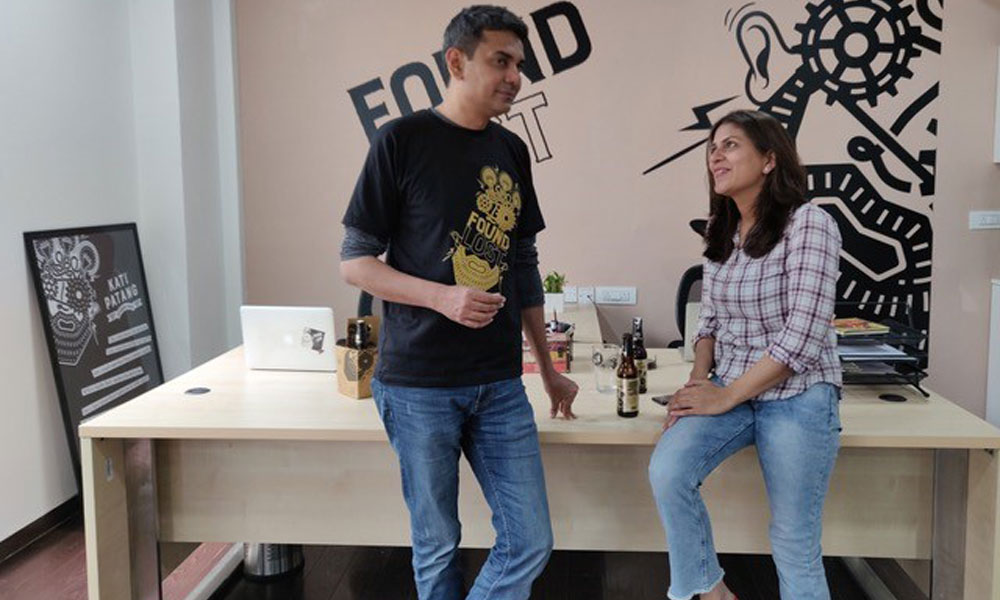 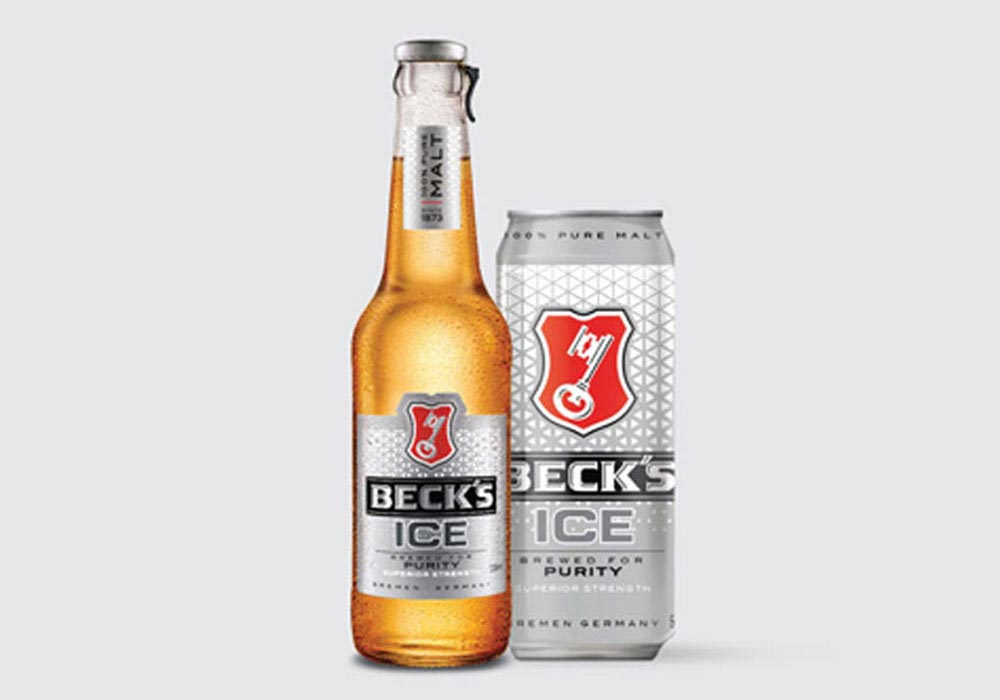