The Barge is Docking 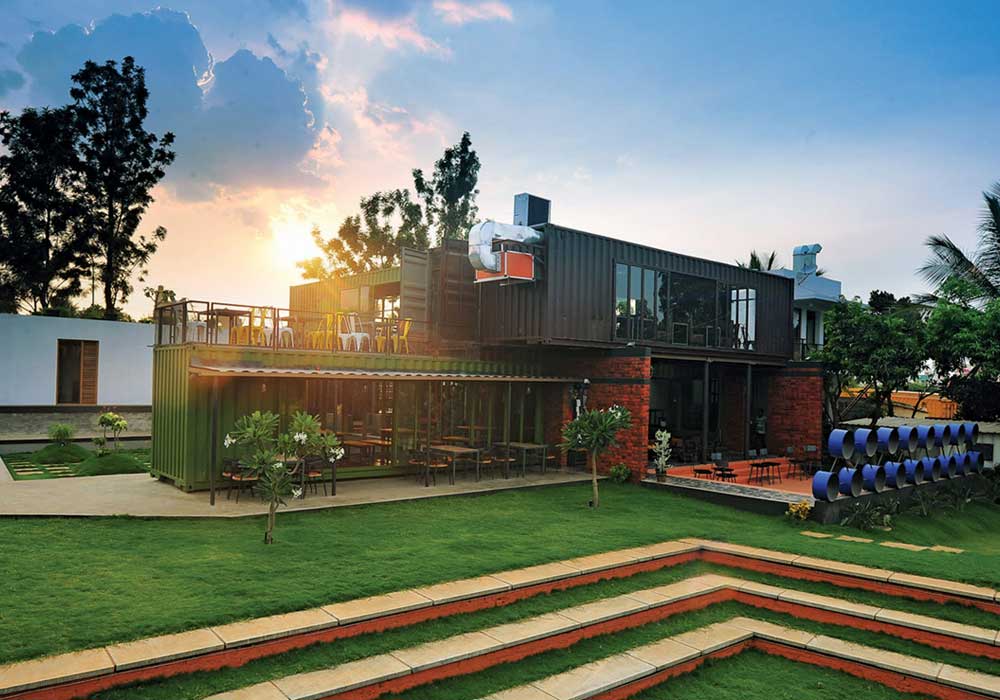 Why should happiness be bottled up, when it can be beautifully crafted? Spread over 18,000 sq.ft setting, with interiors reflecting a refreshing take on the industrial design principles, a touch of retro-chic and a bow to the 80s style trends, the Barge, Mysore opens their door to Brewer World. Welcoming Mysore’s first engagement with the love of craft beer, in conversation with Srikanth Swarna, owner of the Barge. Leaving the corporate jungle, to venture out on his first entrepreneurial journey with manufacturing services unit in the food & beverage segment at Mysore in 2001, Srikanth first fell in love with craft beer in Bangalore over a cold brew in 2011.

“This was the time when microbreweries were at their infancy in India. Mysore those days hardly had any options for dining out and customers had to head out to Bangalore to experience world-class nightlife. This inspired me to set up Mysore’s very first microbrewery
– The Barge!”

How/Why did you decide to open a microbrewery in a tier 2 city?

Mysore may be Tier-2 city, yet it is the second largest city in Karnataka, next only to Bangalore. Also, the city attracts domestic and international tourists driving through, owing to its rich cultural and historic moorings. The city has of late opened up to the corporate world and this once sleepy town now has high potential for diverse businesses. An affluent local population that is exposed to world-class nightlife and a burgeoning tourist crowd were enough impetus for us to set our microbrewery here. Of course, the sheer pride of coming up with the city’s very first microbrewery was another great excuse!

What is the concept of the Barge, Mysore? What do you peg its USP as?

The Barge is built using recycled ship containers on an 18000 sqft open land. It has a distinct air about it with highly differentiated seating options that extend from indoors to outdoors. The ambience is indeed our unique selling proposition, especially since there are very few microbreweries with outdoor seating and landscaping.

How did you settle on the name? What does it refer to?

Since the premises were completely built using ship containers, The Barge as a name was a natural outcome. A barge is a large commercial ship for carrying heavy loads and connects naturally with industries and manufacturing.

Talk to us about the design and style elements at the Barge?

The Barge, as mentioned before, is completely made out of recycled ship containers. The interiors are a refreshing take on the industrial design principles, with a touch of retro-chic and a bow to the 80s style trends.

The city has of late opened up to the corporate world and this once sleepy town now has high potential for diverse businesses. An affluent local population that is exposed to world-class nightlife and a burgeoning tourist crowd were enough impetus for us to set our microbrewery here. 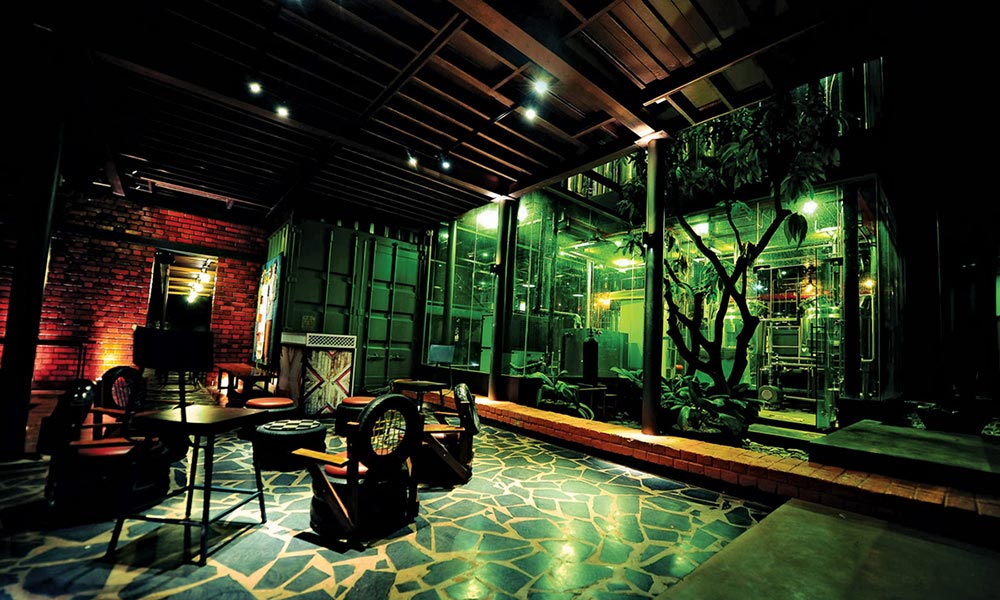 What were the main challenges you faced while setting up the brewery?

Getting the brewing licenses were the biggest hindrance we faced from an execution point of view. We also had to vie with getting the ship containers refurbished and fit enough for the long haul.

Talk to us about your Brew master, and beers offered at the Barge?

Our Brew Master is Dr. Cariapa. He is an established name and authority in beer brewing in the country and overseas. We have 4 varieties of beer on offer: Ale the King (Pale Ale), Brewndavan (Wheat), Bullionaire (Lager) and Shipwrecker (Stout).

The fiscal year 2016-17 witnessed the largest expansion of microbreweries all over the country. With so many craft breweries in the vicinity, do you have a unique selling proposition?

Of course we do! Apart from being the very first microbrewery in the city, our expansive, unique ambience is hard to match.

Add to that a carefully engineered menu and music that make for an unmatched experience.

While microbrewery is an exciting business proposition, an entrepreneur has to be wary of acquiring the licenses on time. Once launched, a professional management must be in place for efficient running of the outlet. To keep the crowd coming in, while keeping ‘familiarity fatigue’ firmly out, innovative marketing
is necessary.