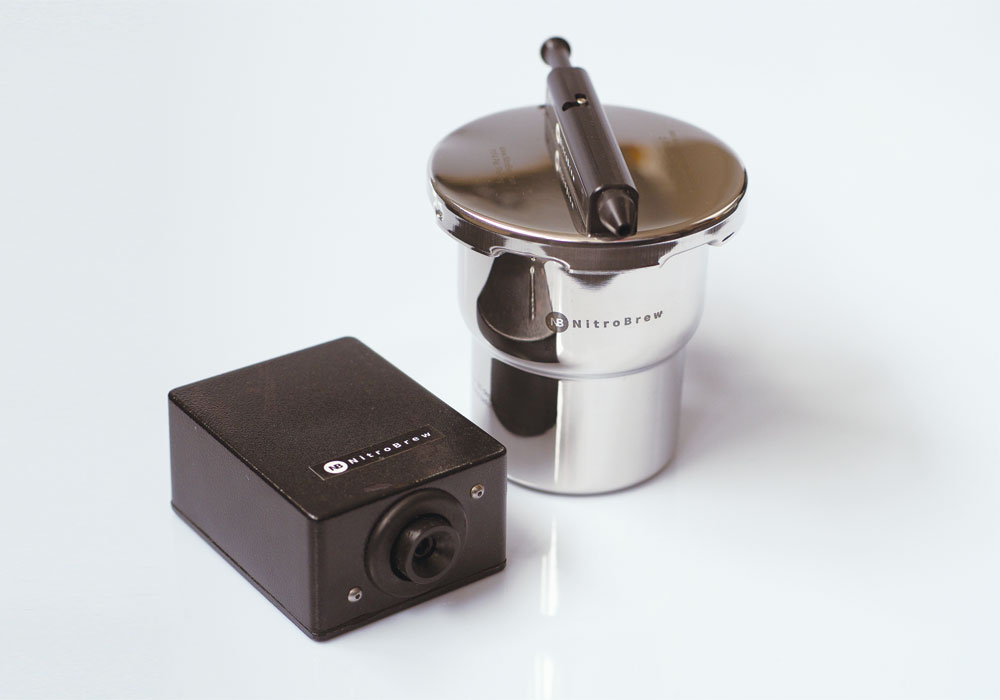 NitroBrew enables one to nitrogenate a wide range of beverage without kegs, kegerators, taps or nitrogen cylinders. This patented system captures free nitrogen from the air thereby ensuring virtually nil maintenance and running costs on consumables.

Brace yourself. There’s a new brew in town, and we’re sure it’s not what you expect! Invented by Dr Tata Murthy, NitroBrew is a patented, portable, plug-n-play beverage Nitrogenation system. Making a debut in USA, today Nitrobrew is sold through agents in India, Mexico, Canada and Vietnam and online to customers in various countries across the world. NitroBrew captures the imagination of many, both as a product and for the innovative edge and science behind the concept. We believe entire new drink categories are waiting to be discovered by creative bartenders, baristas and even home users. 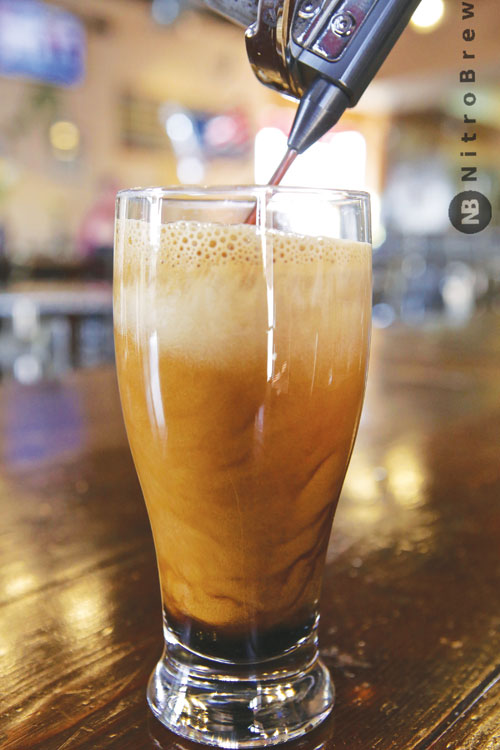 Nitrogen is a transparent, odourless and inert gas. A beverage infused with nitrogen gas is called a “Nitro beverage” (Not to be confused with Liquid Nitrogen which is used for making ice creams etc.). During the process of nitrogenation, millions of tiny nitrogen bubbles are infused in the beverage under pressure. Beside creating a visual treat in terms of a cascading effect, the tiny bubbles change the texture of the beverage, making the drink smooth and creamy to taste, resulting in a soft foamy head (like a beer head). Though any chilled beverage can be nitrogenated, it is currently used with coffee, cocktails and beer.

Traditionally to Nitrogenate any beverage, the beverage is filled in a keg and connected to a nitrogen cylinder via the kegerator. A special tap then dispenses the nitro beverage under pressure. This system requires a dedicated keg for each beverage and so typically a F&B outlet can nitro only a limited quantity of beverage.

NitroBrew enables one to nitrogenate a wide range of beverage without kegs, kegerators, taps or nitrogen cylinders. This patented system captures free nitrogen from the air thereby ensuring virtually nil maintenance and running costs on consumables.

A NitroBrew kit consists of just three components, which together weigh under 5 kg:

The system is flexible and expandableone charging station can serve six kettles. It occupies negligible space and gives flexibility to Nitro up to 350 ml per serving of any beverage. NitroBrew is suitable for all bars, pubs, cafes and restaurants apart from home use. All one needs to do is connect the compressor to the charging station via the included flexible hose pipe.

WHAT TO NITRO?? BEER, OF COURSE!

NitroBrew is ideally positioned to nitrogenate any beer whether from a bottle, a can or draught system, one serving at a time. Beer contains carbon dioxide that can give one a heavy, acidic and gassy feeling. Nitrogenation reduces the carbon-dioxide and infuses nitrogen. The nitro bubbles roll around on the palate to provide a silky mouthfeel and create a unique and delightful beerdrinking
experience. Nitrogen bubbles are extremely tiny and stable, they remain trapped as a tight, creamy head of foam and change the weight of the beverage, allowing for easier layered pours. Nitro beers have always been tricky even for experienced brewers no matter how sophisticated their equipment.

While the Indian beer market is primarily dominated by Lagers, Pilsners, Wheat beers, etc. there is a growing segment of aficionados who favour other beers. Nitrobrew is best suited for beers like Stouts, Ales, Pale Ales, Porters, IPA (India Pale Ale) etc, which are gaining visibility and acceptance thanks to the efforts of the micro-breweries and importers of such beers.

NitroBrew is a product of QuantiPerm, USA. QuantiPerm has been serving the craft beer industry in the US for over a decade now with their patented and novel instrumentation. M/s Sandstorm Food & Beverages was appointed as the exclusive importer and distributor for India in March 2017. Since then several bars, restaurants, cafes and roasteries have started serving uniquely curated Nitro beverages and many more outlets, across India, will soon get their NitroBrew kits. NitroBrew will be showcased at the Food Hospitality World Expo to be held in Bangalore in August 2017 apart from other shows and expos.

The motivation for NitroBrew came from these experiences in the beer industry the difficulty of making nitro beers and then maintaining the quality of the beer throughout the distribution channel. Firstly, it is challenging to produce a good nitro beer at the brewery but once that is accomplished, it is even tougher to make sure that right mix of nitrogen and CO2 stays intact throughout the distribution channel until it reaches the end customer. This is because nitrogen is extremely sensitive to temperature and pressure changes. Dr. Tata and team decided that the best way to give the customer the same experience as what they tasted at the brewery was to nitrogenate on demand. This was the genesis for NitroBrew! 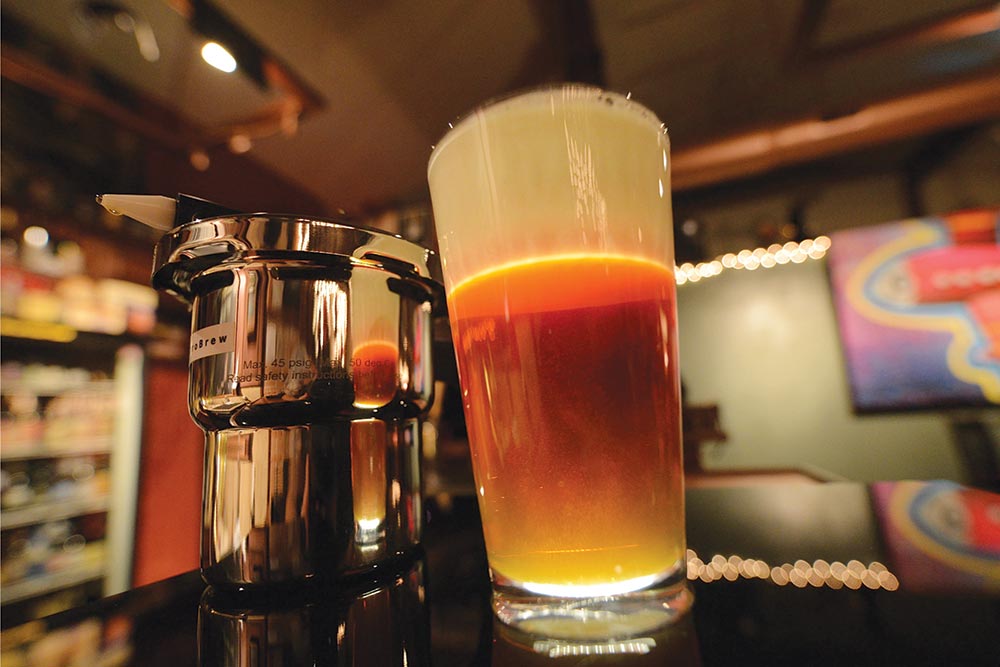