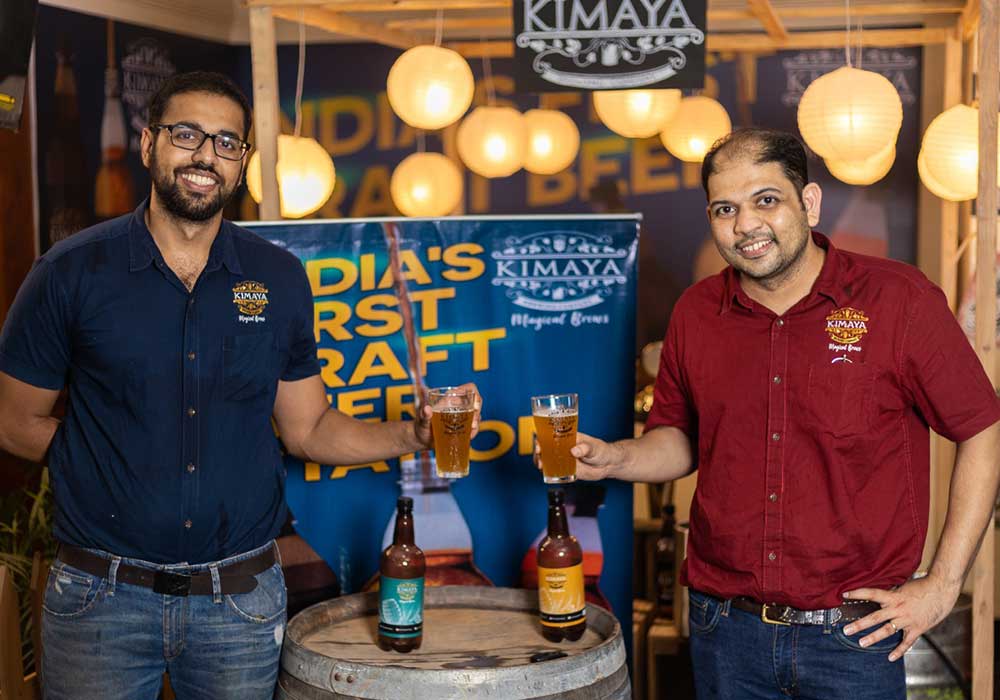 If you’re looking to get your craft beer fix whilst your beloved microbreweries remain shut, Pune has good news. Kimaya Brewing Co. is opening India’s first ever craft beer shoppe – a one-stop destination for craft beer lovers craving a taste of fresh, locally-brewed beer. The shop opens for business today and is located at Karve Road, Kothrud, Pune – right above Hotel Kimaya.

Whether you’re partial to an IPA, or prefer a Pilsner – this is the place where you can order PET bottles of brewed beers. We managed to grab a quick chat with Saurabh Patwardhan, owner at Kimaya Brewing Co., a Pune-based microbrewery owning this project, to find out more.

“In very simple words, this is parcelled, fresh draught beer, which is also known as growler,” explains Saurabh.  “The whole concept”, he further elaborates, “is about taking your favourite craft beer from the taps and filling it into bottles for you to take home and enjoy.”

“We are starting with Kimaya of course,” says Saurabh proudly. “In the next ten days, we will also have Doolally; they have a unique lager which will be coming on board very shortly. In the future, we also have Moonshine Meadery, since we are allowed to sell meads too. Other microbreweries we are in talks with are Great State Aleworks, another microbrewery in Pune and Crafters from Mumbai. I would also like to keep our taps open to serving beers that we collaborate and brew with other microbreweries.”

Each litre of craft beer at the Craft Beer Shoppe is priced between Rs. 400 to 450/-, depending on the style including the taxes which is 5 percent.

How will the craft beer be packaged and sold?

We are selling our craft beer via PET bottles which I personally believe is the safest and most affordable way of packing fresh craft beer from the tap,” explains Saurabh. “The PET bottles are high pressure-rated which makes them extremely safe while the one time use of PET takes care of sanitation. However we would soon have other options like glass and food grade stainless steel growlers for customers who want it.“

Speaking of use-and-throw, Saurabh also highlights how their plan includes a recycling of these containers. He asserts: “We will be starting PET collection centres across Pune and Mumbai via which we will incentivise all the customers who return the PET bottles.”

Operational hours and how to shop

“As of now, we are open for takeaway and online delivery both. However, we encourage people to order online just because of the given situation,” Saurabh urges. “However, once things are normalised, we would love everyone to come and see our Craft Beer Shoppe!”