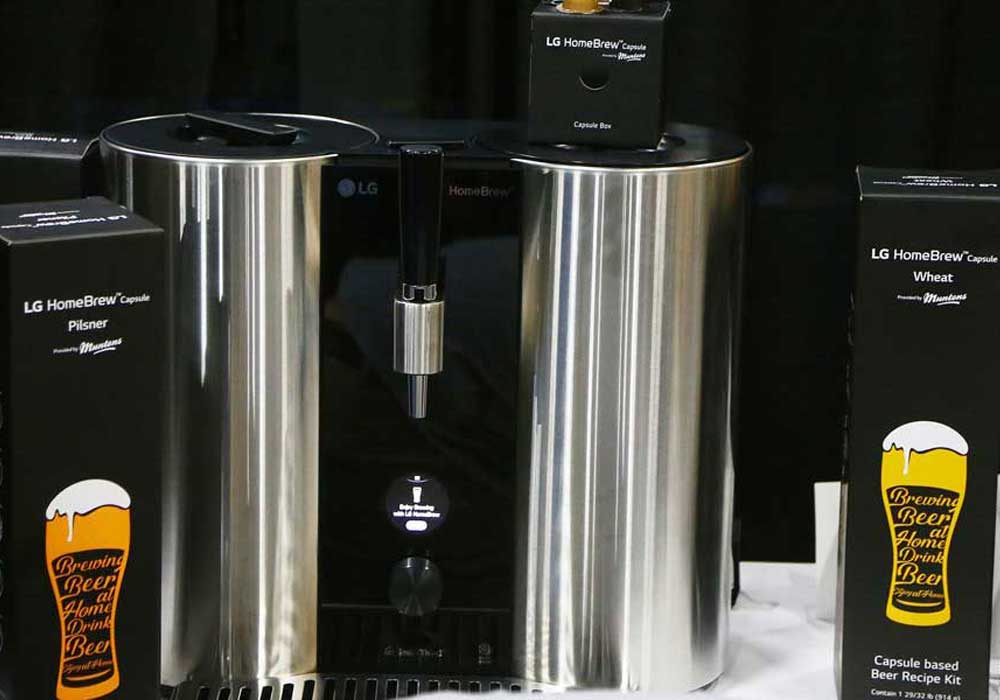 So you love craft beer but obviously have neither the time, the money or the required expertise to set up your own brewery. No problem!

Just as the beloved coffee machine made it easy for wannabe coffee baristas to start brewing fresh cuppas from scratch, this fine new Nesspresso-styled machine lets you brew up to 5 litres of beer in just one go – with a two-week prep time, thus considerably slashing down the effort, mess and time out of the previously niche hobby. 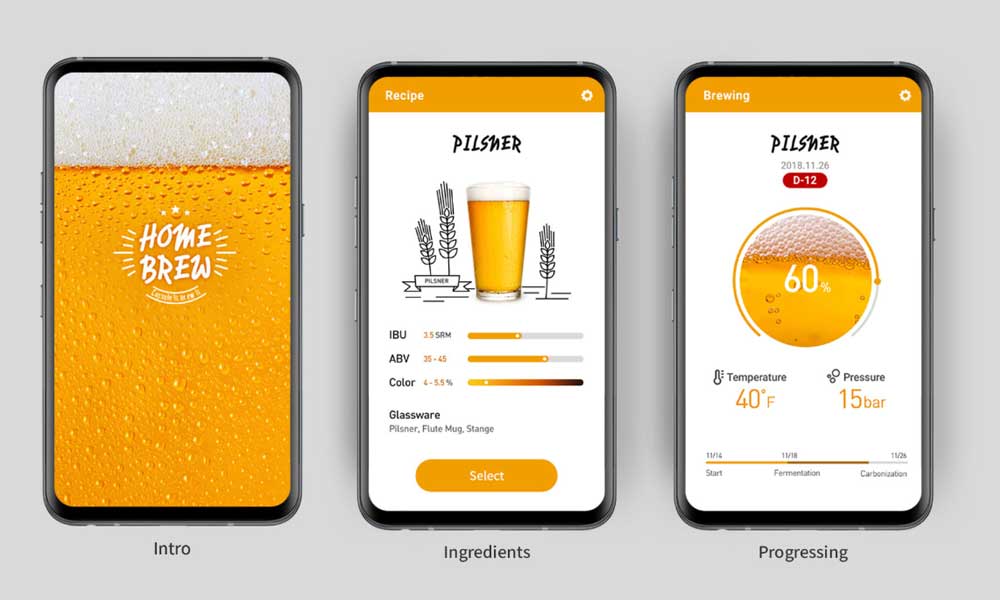 The machine comes with five types of capsules, including India pale ale, pale ale, stout, wheat and pilsner. Each capsule contains a mix of vital beer ingredients like malt, yeast, hop oil and flavouring, which the machine then uses to ferment, carbonate and age to give you – beer!  All one needs to do is put a capsule of ingredients into the machine and rely on a smartphone app to help you control the nitty-gritties like temperature and pressure.

We’re looking at nine pints a fortnight, in a range of styles – from English stout to Czech pilsner, in half the time it traditionally takes. 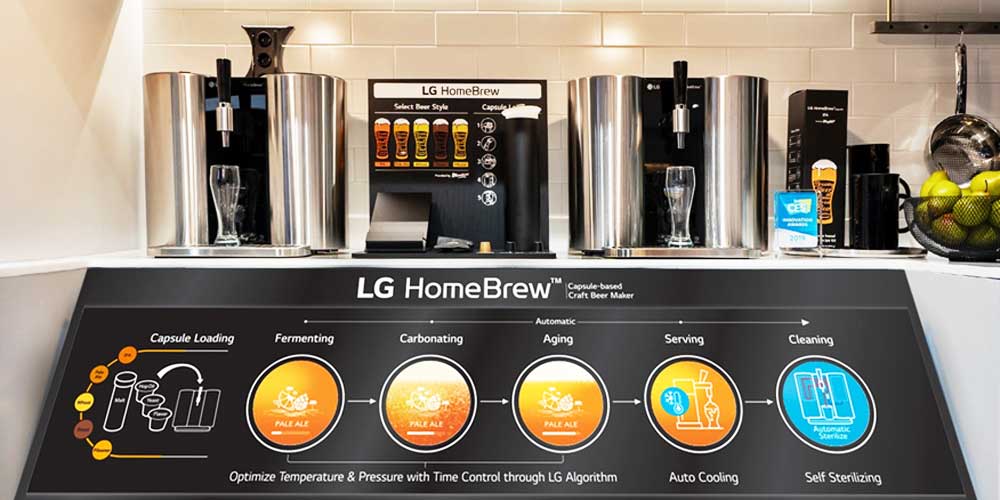 But can the world’s first capsule-type automated beer maker quench a true brewmaster’s thirst for brewing great beer, when there is just as much joy and magic in the process as there is in the end product? At the same time, it wouldn’t be fair to deny that homebrewing isn’t for everyone either, and that the joys of the hobby have mainly been restricted to die-hard fanatics who genuinely understand the science of beer brewing. 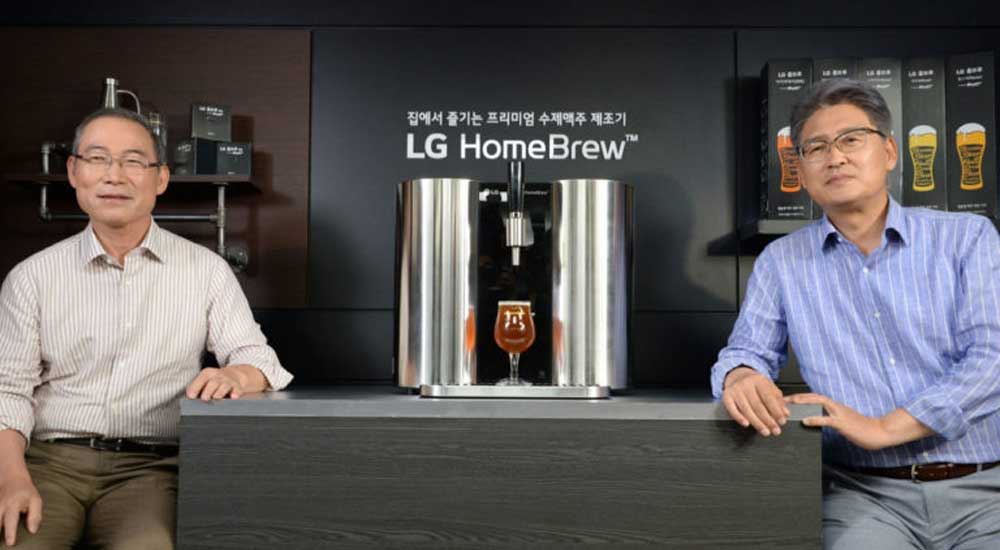 In Song Dae-hyun, President of LG’s Home Appliance division’s opinion: “Homebrewing has grown at an explosive pace but there are still many beer lovers who haven’t take the jump because of the barrier to entry. These are the consumers we. think will be attracted to LG HomeBrew – a product that is the culmination of years of home appliance and water purification technologies that we have developed over the decades.”

The LG HomeBrew machine will be rolled out with a retail price tag of 3.99 million won ($3,390) in South Korea, including the price of receiving after-sales service for up to three years and 10-year warranty for the core inverter compressor.