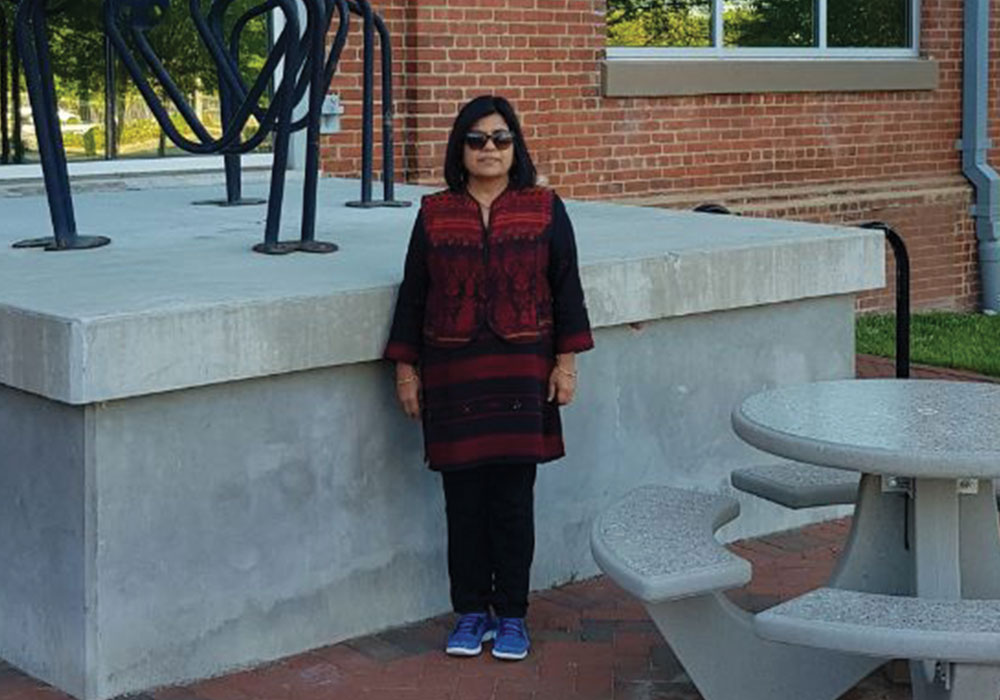 With a PhD in Biological Sciences and a position as Chief Adviser at the Mazumdar Shaw Medical Foundation, Dr Nirupa Bareja also serves on the scientific & technical advisory board of three innovative start-ups – SigTuple, Aten Porous and 1Crowd.Director-India operations-Vicus. Therapeutics USA.

Dr Bareja, talks about the temperaments of yeast and its contribution in to beer.

That microbes and Brewers share a close bond is a well-known fact. It is also a given that when microbes are happy and thriving the brewer is on cloud 9. Take the example of the obvious-yeast-the active fermentation ingredient used in the brewing industry. Yeast affects several aspects of beer including the foam, or head, that forms at the top portion of a glass. If fermentation is too vigorous, many of the foam-stabilizing proteins may be lost and the head collapses very rapidly.

In my tenure as Manufacturing head at Biocon, we manufactured foam stabilisers that helped the head of beer remain intact right up until the mug was drained by the beer drinker!

Yeast, as any experienced brewer will endorse can be pretty demanding little buggers! Despite being unicellular microscopic organisms-little mischief makers. Brewers know they must appease and cajole them to get the quality and flavour of beer they desire. After all they are living organisms with their own moods, right? Hence justified in their demands.

The yeast perfection-it’s strain, it’s environment, it’s temperature, oxygen levels, etc all need to be tweeked by the brewmaster to generate the apt brew. There are a lot of variables that you need to have a high level of control over time after time, batch after batch to ensure consistent quality.

During fermentation, which is a biochemical process yeast produces hundreds of chemical compounds that can affect the beer’s ultimate flavour, appearance and stability. Over the centuries, humans have domesticated yeast strains with the best characteristics for brewing, so that the ones brewers use today are much more effective and manageable than wild yeast. It’s kind of like going with a pedigreed best a show poodle, rather than a street mongrel.

One has to deal with cultured yeast — very specific strains that give the flavour profiles that are desired in various varieties of beers. Brewers have to pamper the yeast with the right conditions. Quite a laborious and skilled task. It gets fed wort, a sugary liquid made by steeping, roasting, and mashing barley or other grains. The wort is cooled to just the right temperature and stirred to oxygenate it so that the yeast can grow and reproduce. After all those demands have been met, the yeast starts converting simple sugars to more complex alcohol and carbon dioxide.

As a new report from the American Academy of Microbiology says, “If the Yeast Ain’t Happy, Ain’t Nobody Happy.”

Does this mean that brewers are basically microbiologists?

Yes, absolutely. Having worked as a microbial fermentation professional I doubly endorse this. Not only do you need to learn and know about the yeast health, viability, vitality and all the variability that affects fermentation, but there’s also the buggers that you don’t want and that’s the toughest part – contain contamination and dilution of pedigree.

Speaking to brewing experts one learns how they are struck by “the degree to which the whole beer-making process really is an effort to produce something that the yeast will be really happy, so that they make you the beer that you want to drink.

In addition to describing the brewing process in depth and outlining the ways in which yeast affects beer’s flavour, the science of exploring the history of brewing and differences in types of yeast is also key.

Yeast probably evolved the ability to produce alcohol because other microbes can’t survive in it. It kills off the competition. Survival of the fittest! This also explains why fermented drinks were popular before the development of water sanitation systems — beer was safer to drink than the local water supply. That’s a revelation.

Too little yeast, and fermentation will take too long to get started, allowing bacteria to outcompete it. Too much, and the beer will lack complex flavour and aroma. Getting it just right is an art which comes with experience as in many culinary tasks. One gets the sense when people think of microbes, they think of things that make you sick and they think of microbiologists as people who work in the clinical laboratory at the hospital Not so-It’s a lot more varied than that.

But regardless of where the experts come from beer microbiologists are among the most fun of a pretty driven profession. My experience in this process certainly concurs with this statement.