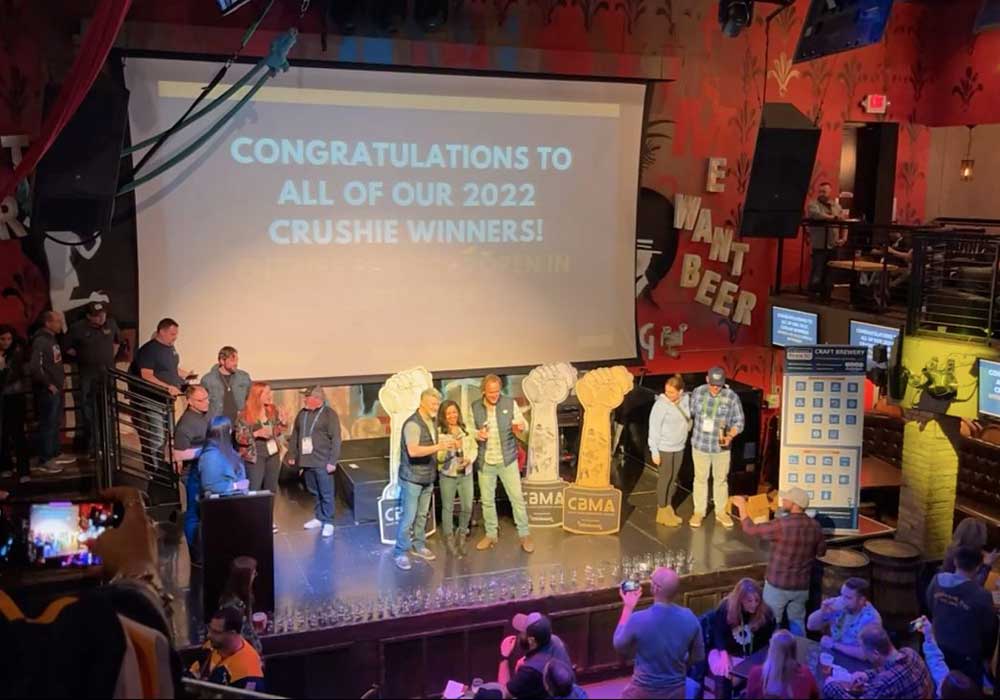 For the first time since its founding in 2019 and the pandemic restrictions cancelling most in person events, CBMAS was able to present a live in person marketing panel discussion “Marketing 3.0: Newest Trends and Tactics” and announce some of the awards in person at the Craft Brewers Conference. 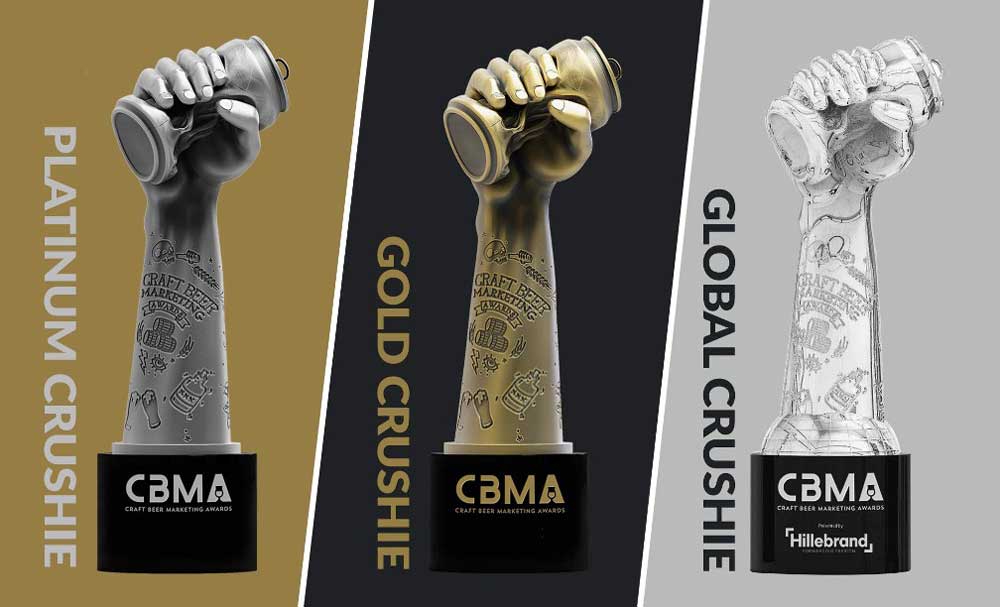 “After having to do virtual awards ceremonies for 2020 and 2021 because of the pandemic, it was really exciting for the CBMAS to take the stage to present the awards in the most popular categories,” said CBMAS Co-Founder Jackie DiBella-Curry. “It was a wonderful experience to meet so many of our winners in person at the ceremony, everyone was so excited!” A wide range of entries were received from every region of the world. All winning entries can be viewed on the CBMAs websites’ 2022 Winners Gallery.

“We were so impressed by the sheer creativity, innovation, and calibre of marketing displayed in entries from around the world in every category,” said CBMAs Co-Founder Jim McCune, “More than 500 Judges from around the world had their work cut out for them this year. Critiquing nearly 40 Categories for each of 5 Global Regions. The Judges had it tough, they really had to split hairs!”

Most notable for the 2022 awards season is the expansion of judges panel from around 300 last year to 500 industry professional judges this year in over 24 countries. The CBMAS’ presenting sponsor for the third year in a row is Hillebrand-GORI. Other major sponsors include Arryved, Inx and the EGC Group.

The CBMAs is the first awards program of its kind. It is a worldwide competition that focuses specifically on excellence in the artistic and creative marketing and packaging efforts of breweries, designers and agencies craft beer that play an increasingly critical role in differentiating brands in the retail marketplace. 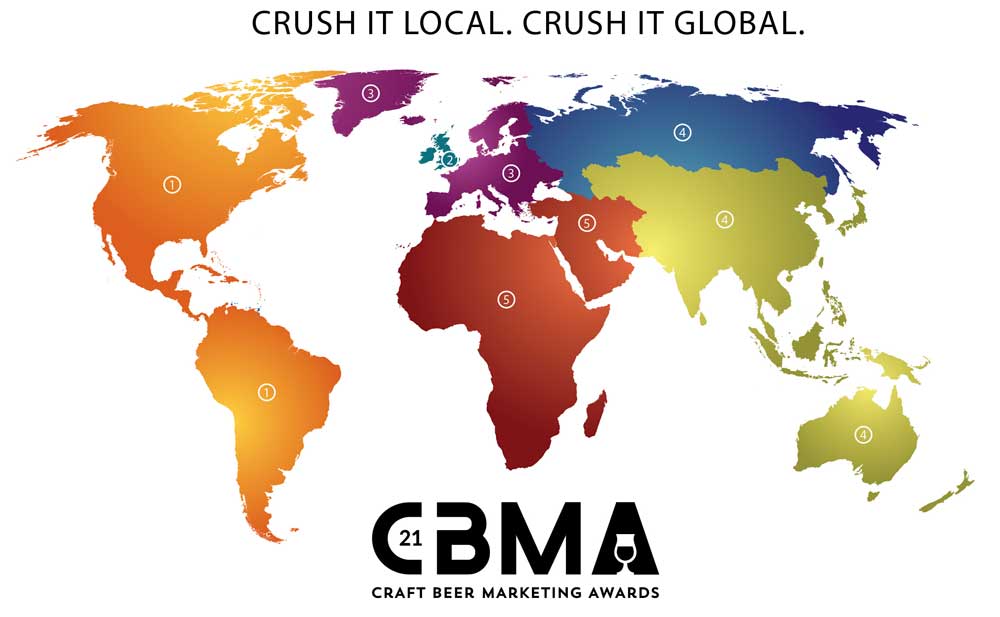 For its third year, the CBMAs accepted entries from around the globe from five regions. A total of 250 awards were presented to winning brewers, designers, and marketing agencies from throughout the world. This year there are 89 Platinum Crushie winners, 135 Gold Crushie winners and 26 Global Crushie winners.

Early-Bird entries for the 2023 CBMAS awards season and judge recruitment will start being accepted in September. 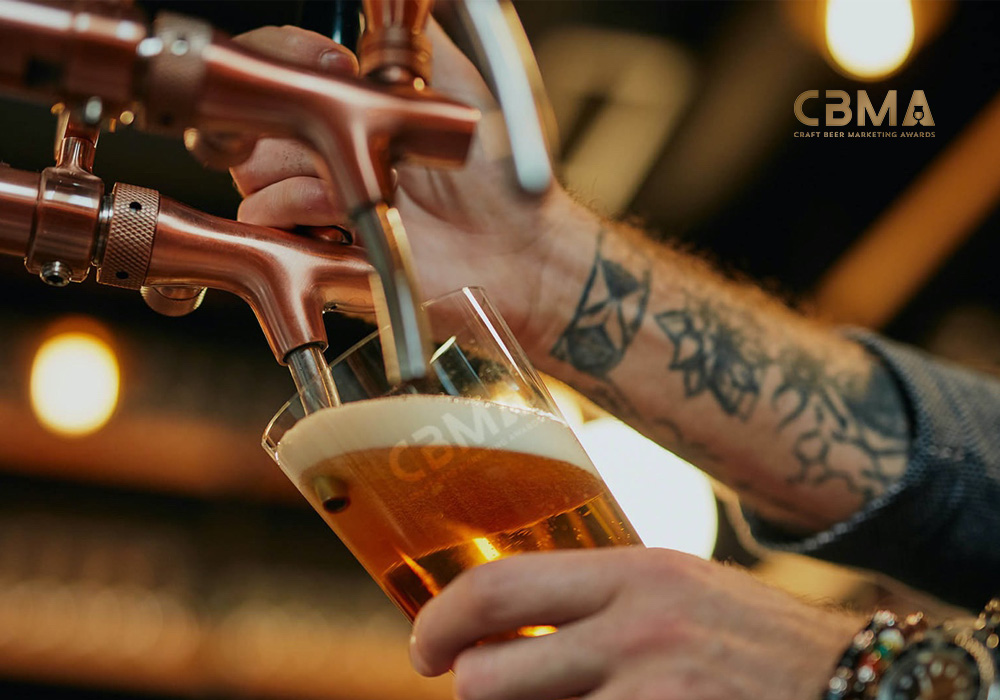