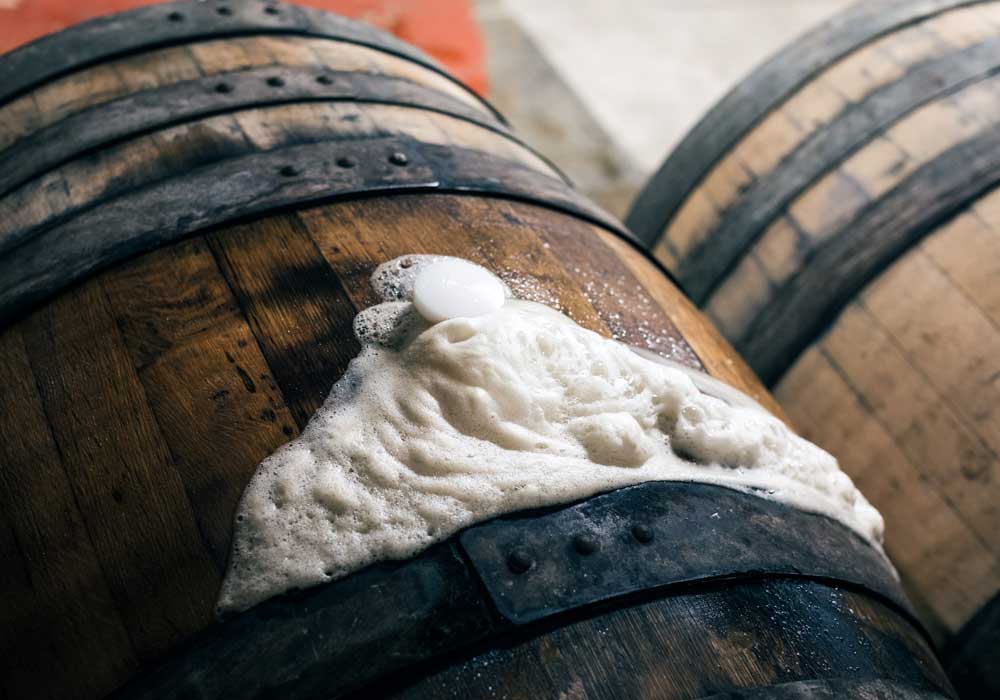 The role of yeast in brewing, a glance at history:

No yeast, no beer. No beer, no civilization. Brewers have been making beer for millennia (c.13, 000 years as suggested by some evidence). However, it is only until relatively recently that we have begun to understand the role that yeast plays in beer production and alcoholic fermentation. Ancient brewers relied on natural sources of inoculum to start fermentation without knowing what yeast was. For a long time brewing was a mix of mystery, magic, tradition and the yeast cultures used for beer production were predominantly multi-strain cultures (i.e. yeast cultures containing 2 or more distinct strains) that relied on interactions giving character and diversity to ale styles. Unwittingly, brewers domesticated yeast and selected cultures that were good fermenters. It was deduced that yeast was important and brewers would collect the creamy sediment from one brew which was used to inoculate subsequent brews. (1. Insert skimming ring/stick pic)

Yeast sticks we used for skimming and subsequent re-pitching, in similar way to the barbed ring (gjærkrans) used in Norwegian farmhouse brewing

It was not until the mid-19th century that Louis Pasteur identified yeast as being responsible for alcoholic fermentation. These advances in understanding coupled with new sterile microbiological techniques lead to Christian Hansen developing the pure culture technique in 1883, thus isolating single strain yeast cultures for the first time. This, combined with advances in engineering such as refrigeration, resulted in the widespread industrialization of lager production and the use of single strain pure yeast cultures became the norm. It could well be argued that these advances resulted in a homogeneity in beer styles and flavor that has come at the expense of diversity. This influence has largely remained dominant with the vast majority of beer made globally being produced with single-strain cultures.

Of course, there are pockets of regional brewing traditions that have not succumbed to the homogeneity in technique and style. The yeast cultures used in traditional Belgian brewing styles, for example, can be very complex with several saccharomyces, non-saccharomyces and sometimes bacteria present, resulting in a bold and distinct sensory character. So too in the UK a number of older regional breweries still maintain multi-strain ale cultures that often give their beers unique character and a ‘house flavour’. One notable brewing tradition currently gaining a lot of attention is Norwegian farmhouse brewing and the use of Kveik cultures. These diverse cultures are gaining interest and popularity both in terms of unique flavor and aroma contribution, but also for functional traits such as tolerance to high fermentation temperatures (35°C>) and very quick fermentation times (<48 hours). The table below details recent work characterizing the composition of some of these Kveik cultures, which contain a mix of yeasts (and sometimes bacteria) with varying levels of complexity. 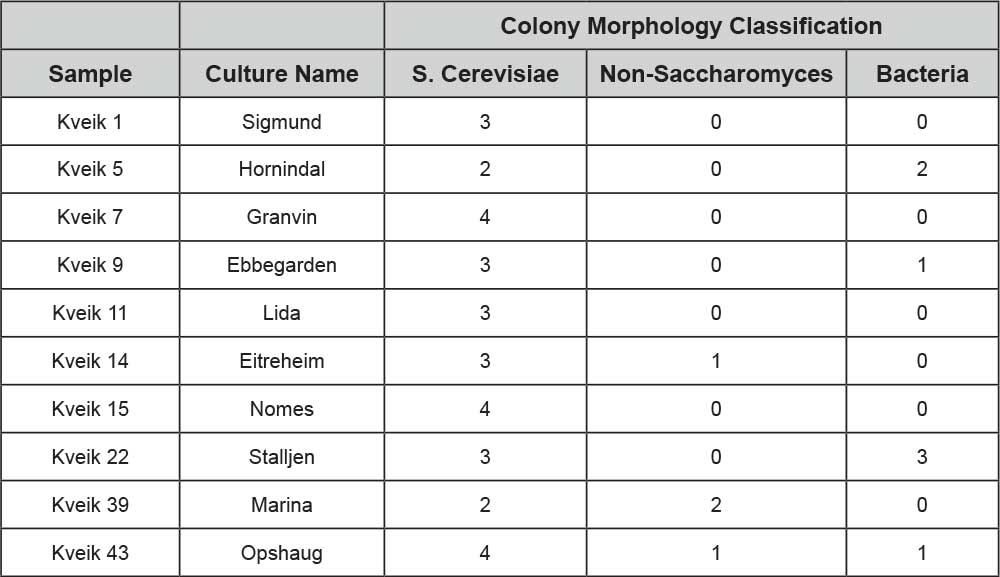 At the end of 2019 Lallemand Brewing launched the first Kveik yeast available in dry form, a single strain called Voss. Voss was isolated by Sigmund Gjernes in the 1980s, who has maintained it to this day, sharing it with the wider brewing community. This yeast is traditionally used to brew Norwegian Farmhouse Ales and is suitable for a large selection of beers. Voss is a single strain of Saccharomyces cerevisiae that can sustain temperatures up to 40°C/104°F and produces a clean beer rapidly. 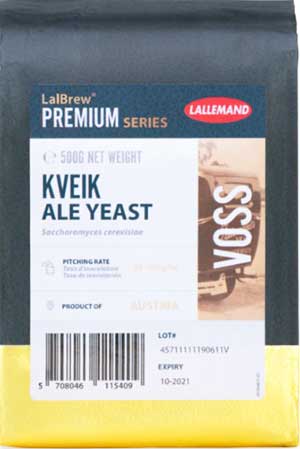 The range and diversity of commercially available yeast strains and cultures is growing all the time, the vast majority of which are single strain cultures that are well characterized. With so much potential and so much choice, blending or mixing strains represents an even greater opportunity for brewers to increase diversity in flavor and function.

There are several approaches that could be taken for blending strains, some potential benefits could include:

–  Blending for flavor; being able to fine-tune and perhaps even create new sensory profiles with different combinations of yeast strains.

– Fermentation performance; selecting strains with specific functional traits to achieve the desired objective which could include temperature tolerance, sugar utilization, flocculation and preventing or saving a stuck fermentation.

– Satisfying a continuous market demand for something “different”

One obvious question and potential disadvantage in mixing strains is how a brewer can crop and re-pitch a multi-strain culture? This can be difficult depending on the strains used, and cropping a representative sample for subsequent re-pitching becomes very difficult to achieve from a consistency point of view. Cell concentration and dominance of one strain over the other makes consistent re-pitching problematic, potentially limiting the blend to a single-use pitch. Also, the outcome and results of mixing yeast strains are incredibly hard to predict. Although a lot of yeast strains are very well characterized there is currently limited research and information on how they interact with other strains. There is always going to be a degree of trial and error until more information is available. 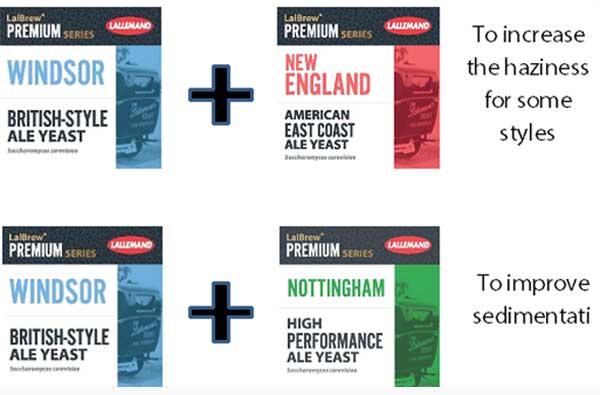 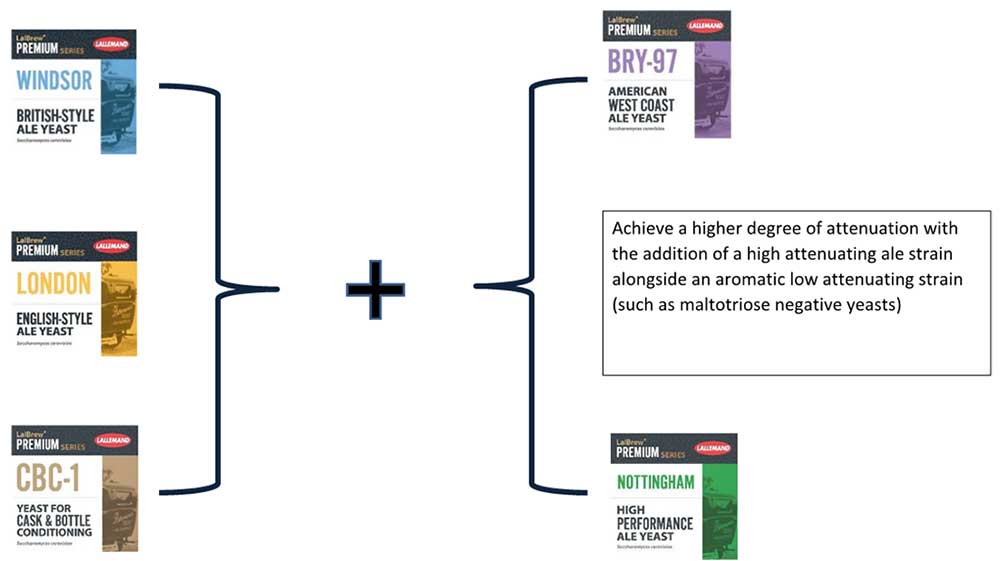 There are several notable Belgian yeast cultures that are believed to have their origins in wine. In recent years there have been forays into using wine yeasts for brewing applications but this is something that has not been widely adopted when seeking more novel flavours. In the UK a number of brewers have used wine yeasts in co-fermentation alongside brewing yeasts to achieve a flavor profile and character that could not be achieved when using the brewing yeast alone. For example, Runaway Brewery (Manchester) has produced several beers using the Lalvin 71B (Beaujolais) strain in co-fermentation with a Saison yeast (Belle Saison) in beers such as Farmhouse Pale, Black Grape (including grape juice addition) and Dandelion Ale. In these examples (and similar below for Donzoko’s “Graft”) the wine yeast (71B) is pitched first and later the Saison yeast (Belle Saison) is pitched to complete attenuation. This would be an example of sequential inoculation in which the yeasts are not pitched at the same time; the principle being that the wine yeast is used for the primary fermentation to give a distinct character and flavor but as it does not utilize the tri-saccharide sugar maltotriose, the Saison yeast (with diastatic activity and thus very high attenuation) is introduced to complete the fermentation and reduce any residual sweetness, while complementing the character of the wine strain. There is potential to explore in this area. Primary considerations to bear in mind are the sugar utilization of the wine strain(s) and also whether or not the strain is Killer Positive. 71B was selected for the above beers in part due to the fact that it is a Killer Negative strain. 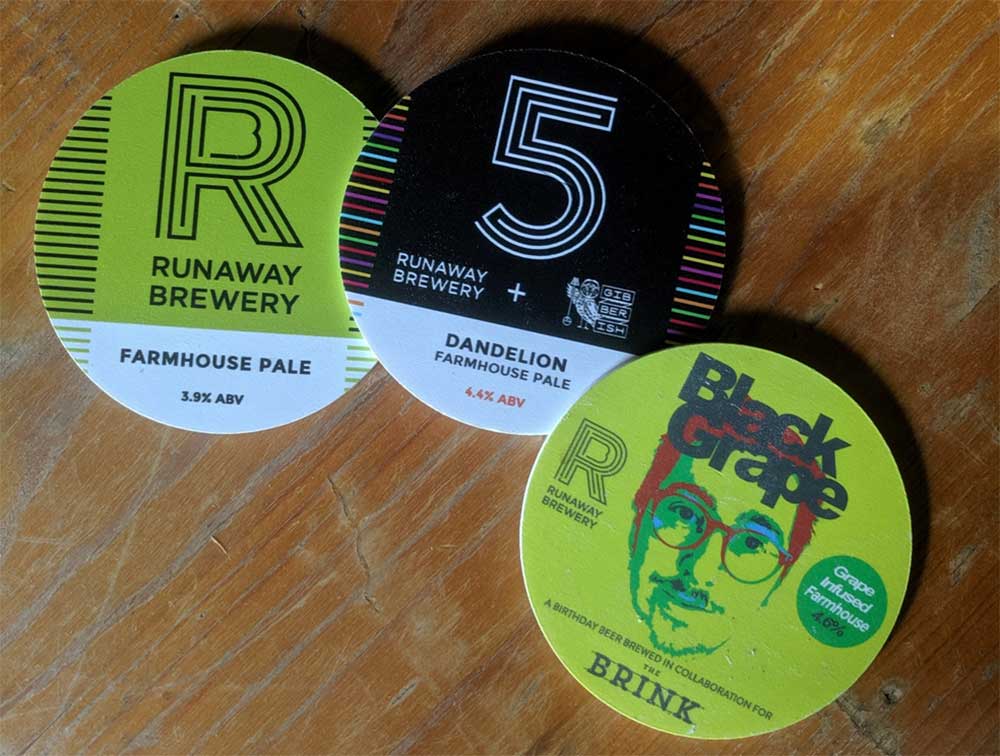 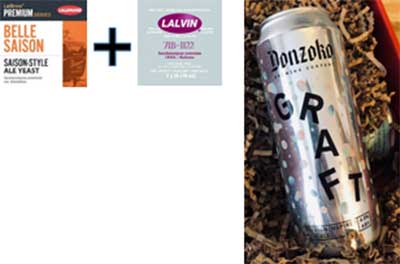 As well as exploring the diverse range of wine yeasts for potential flavour avenues, brewers are beginning to look beyond the typical brewing S.cerevisiae and S.pastorianus yeasts, and to consider alternative Saccharomyces sub-species, non-saccharomyces strains, bacteria, and wild strains for other sources of microflora that could contribute to beer style and flavor. Strains like S.kudriavzevii and Torulaspora delbrueckii have some potential for novel flavor production, while acid-producing species such as Lachancea thermotolerans could represent an interesting potential for sour beer production. Equally, there is much more to research and trial in terms of bacteria (beyond lactobacillus) and of course wild yeasts like Brettanomyces have been used in brewing for centuries. This could represent a new approach to brewing fermentation and the microflora used. There is no doubt that there is much potential in terms of the sensory and functional contributions of such weird and wonderful yeasts and bacteria but there is always the issue of cross-contamination to consider, and brewers and suppliers alike have a fundamental responsibility to understand what they are working with and to manage any risks accordingly.

The options and diversity available in yeasts and bacteria could be likened to the concept of an artist’s palette; blending and mixing strains to achieve bespoke results. The Brewer can utilize the wide spectrum of different strains to express characters in a finished beer that could not be achieved by one strain alone and to create vivid and bold new beers. There is almost no end to potential combinations. The following details some potential options to explore: 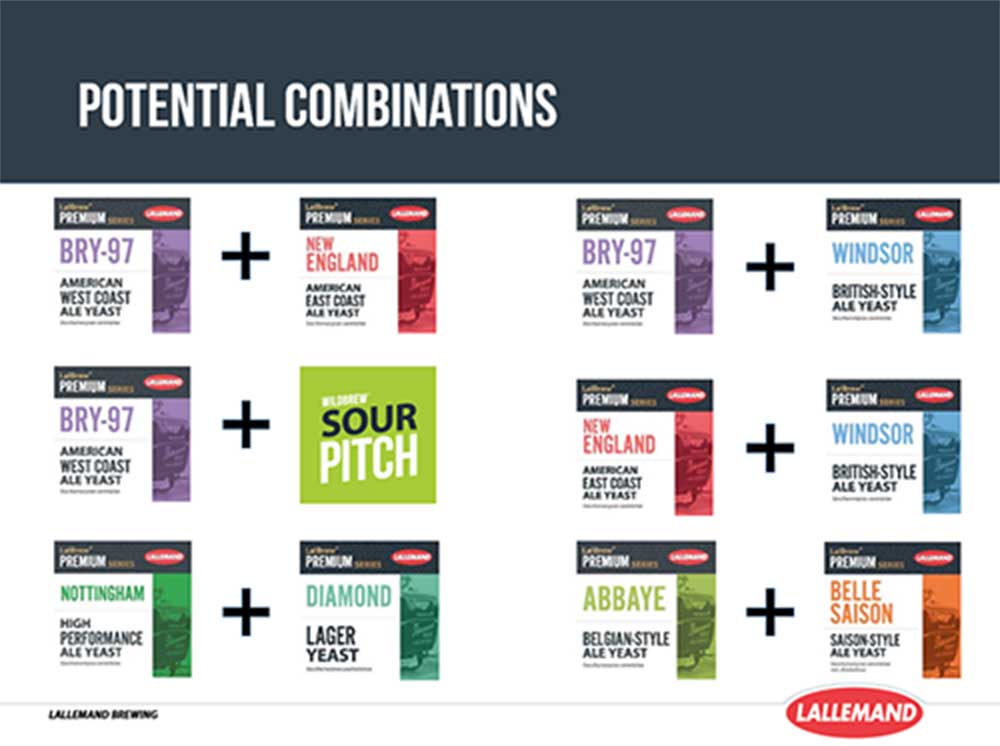 Multi-strain cultures have historically played an important role in brewing, especially in defining regional character and complexity in beer styles. Brewers are now starting to revisit and rediscover some of this complexity, which has arguably been lost in modern industrial brewing. The growing interest in mixed cultures like the previously mentioned Kveik strains is a testament to this growing appetite to seek something different. There is no doubt that there is great potential in blending and co-fermentation, both in terms of creating new and desirable sensory characteristics as well as functional and practical advantages. However, with all the potential options and excitement around mixing yeast strains, we must always understand what we are working with, how strains will interact, what characteristics they will exhibit, and ultimately is it safe to handle in the brewery and also for the consumer? There is certainly some risk in pushing the boundaries but also reward, and no doubt there is much more work and research to be done in this area.

Overleaf is an example recipe using wine and brewing yeast in co-fermentation.

This article has been authored by Robert Percival 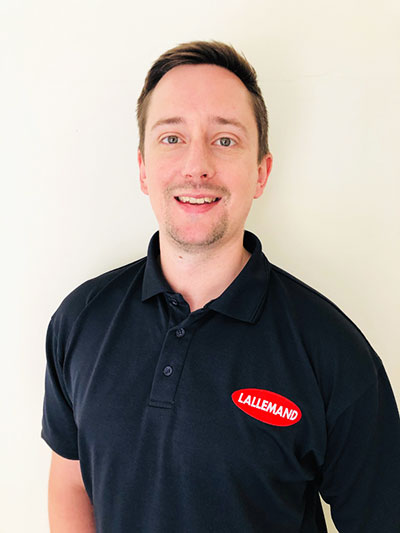