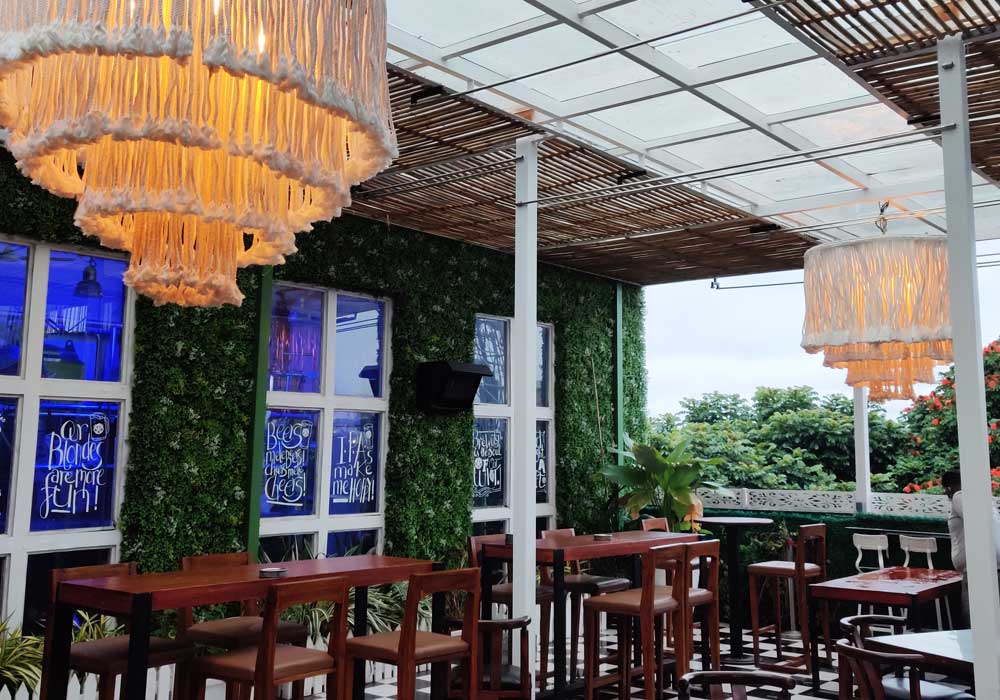 Once upon a time, if you were to ask someone the most happening places in Bengaluru, you’d get a handful of names like Koramangala, Indiranagar and Church Street. Bustling with life, music and the hottest microbreweries – these were the best spots to be at, regardless of what day of the week it was.

The capital of Karnataka has steadily evolved into India’s ‘Beer Capital’ with more and more pockets of the city welcoming microbreweries – one of these being JP Nagar.

Home to a number of popular, though more recently built microbreweries like Stories and Hakuna Matata, JP Nagar’s love affair with beer really started a good six years ago – and can be accredited to Brewsky, one of south Bengaluru’s oldest, finest places for beer! 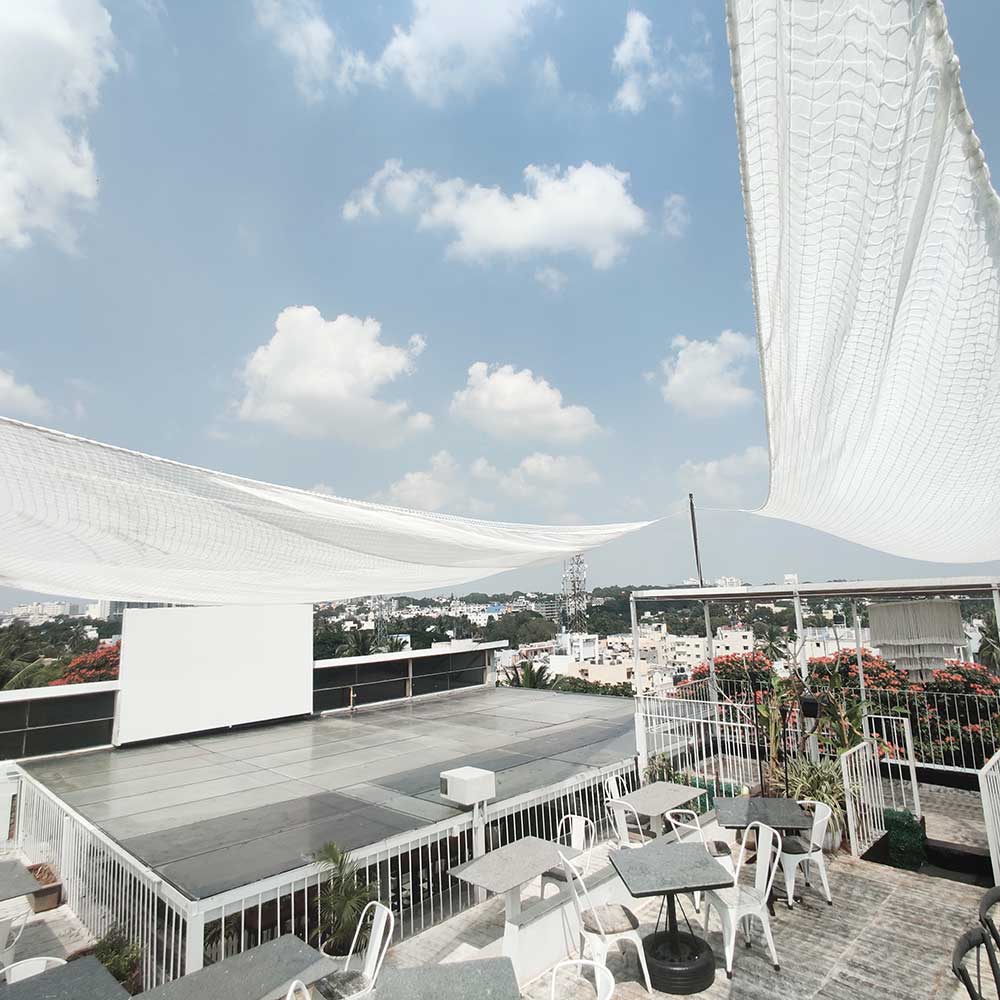 Now, with the microbrewery’s operations being merged with those of 55 Wallstreet Bar and Kitchen, a hip, neon-lit resto-pub that shared the same building on the ground floor – Brewsky is now officially set to cause a new stir amongst the city’s beer and party lovers as Wallstreet SkyLounge.

“Everyone recognises Brewsky as one of the oldest breweries in South Bangalore that had one of the best IPAs in town, and – I have always maintained that it is one of the finest rooftop locations in South Bangalore, which no one till date has been able to match up to,” says Kumar Dahiya, owner of 55 Wallstreet Bar and Kitchen, spearheading the merging of these two venues. “With Brewsky being a neighbour to my bar just a few floors above us, I used to love visiting that place. So when we got an opportunity to join hands with them I was really excited.” 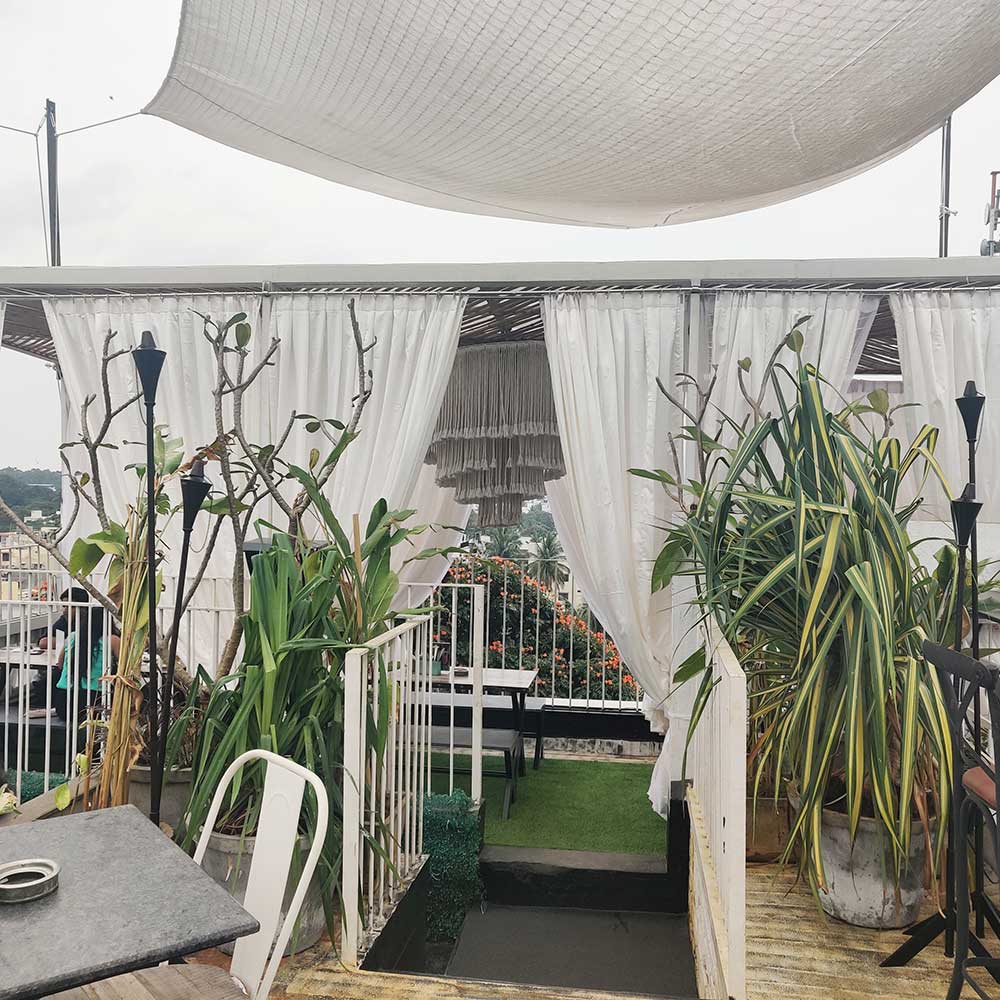 For Kumar, who is from the IT background, it is his first venture into the microbrewery business.

“I came up with a renovation plan to make the interiors look cosy as compared to the earlier rustic look,” he explains. “We’ve finished all our changes and are all set to rebrand as Wallstreet SkyLounge under the parent flagship 55 Wallstreet Bar and Kitchen, a place that has gained just as much popularity in South Bangalore over the last few years. We have many more branches coming up across the city; we already have one in Indiranagar so we thought of rebranding it using the same name.”

So what else has changed?

“Well, earlier it was Geist who was handling the brewing at Brewsky. Now we are brewing with Karthik and we have already got a great response to our beers. We are very happy to have him on board,” says Kumar happily.

For Karthik Singh, an IT professional-turned-full-time brewer who is recognised as one of the Beer Capital’s most renowned craft brewers, this is going to be his second time brewing at the same venue.

“I was there initially as part of the Geist team that was brewing there between 2016 and 2018. Now I’ve been back on board since February-March this year,” says Karthik. “So yes, I’m super

thrilled to be brewing not once, but twice, at a place that was recognised as one of South Bengaluru’s only and most legendary microbrewery for six whole years! The aim is to retain the whole old-school charm that Brewsky was known for, while at the same time, bringing back the quality we had back then. With the new management, we will be able to appeal to both the young crowd and the traditional beer drinkers alike.

We’ve had clientele who had their own favourites like the Witbier and the Geist Kamacitra which is an IPA. Since our loyal clientele is still the same, we are going to be keeping that consistent – just making it our own and taking it back to where the quality and flavour of the beer used to be at.”

When asked about the beers on tap, Karthik explains: “I personally like to have that balance between the traditional styles and the more innovative craft side of things. For instance, right now I have an Altbier which is very old school German-style brew that just doesn’t get brewed enough. It’s a brilliant, easy-drinking style that would anyone would love to drink; it has that slight hoppy character but it is a hybrid, kind of like a Kolsch. So bringing these traditional recipes back into the forte, I intend on doing styles like a Grisette or a Hummel beer. These taste brilliant but, like the Altbier, aren’t brewed enough.

On the other hand, we have a vanilla cream ale which has been fabulously received by our crowd. We intend on doing some sours with ingredients that aren’t used as commonly; maybe try and bring a more Indian element to our beers and have more fun with.

Everywhere you go you get the same roster of Wit, IPA, Stout and all that. Though we have these on our menu as well because that’s what the crowd expects, we also want to introduce them to new styles. Hence, we will keep evolving.”

For Kumar, who is also an ardent beer lover, it is also his first time working with an experienced brewer such as Karthik. “I’ve been spending a lot of time with Karthik to understand beer styles and how the brewing process works. It’s been a great journey so far but I still have a lot to learn,” he laughs.