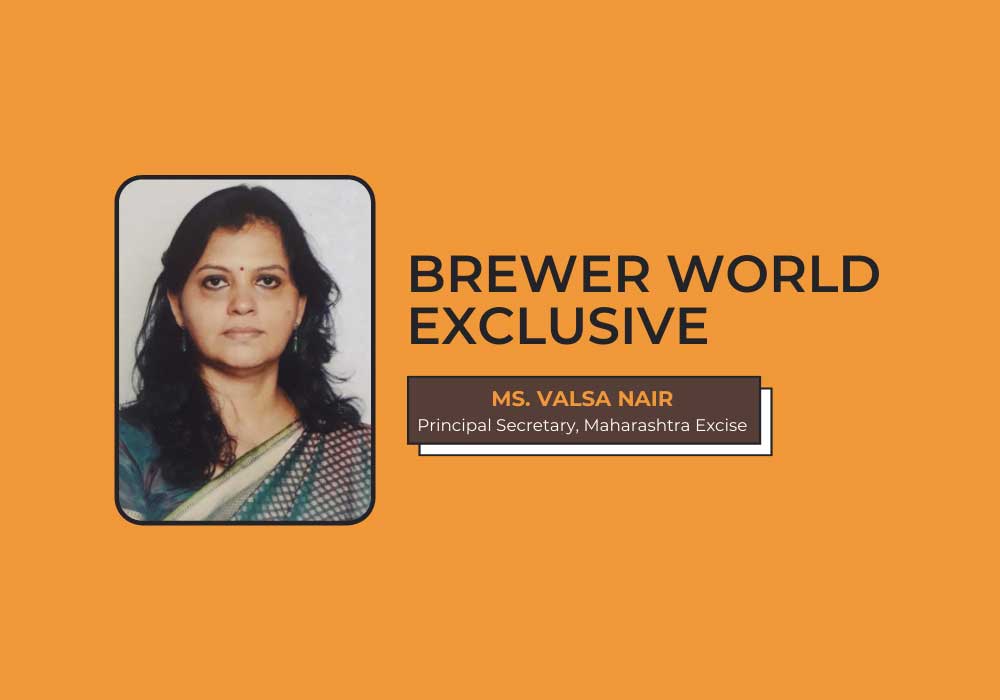 The $35 billion dollar-alcohol market in India, is a heavily regulated territory that’s controlled by the State Excise. When you are part of the beer industry that serves a country of 1.3 billion people distributed across 29 states and 7 union territories, this can pose a serious problem as it makes business operations all the more intricate – perhaps, even overwhelming for those seeking to gain entry into this lucrative market.

Alcohol, in India, has always been a subject of social taboo – and as per the Indian constitution, it is the primary responsibility of the State government to enforce public safety laws, one of which involves completely prohibiting liquor altogether.

Still, the fact that alcohol makes it to the list of one of the largest contributors to state excise revenue every year is undeniable, even by politicians. According to the Reserve Bank of India, states earned Rs 1.75 trillion from sale of alcohol in FY20. 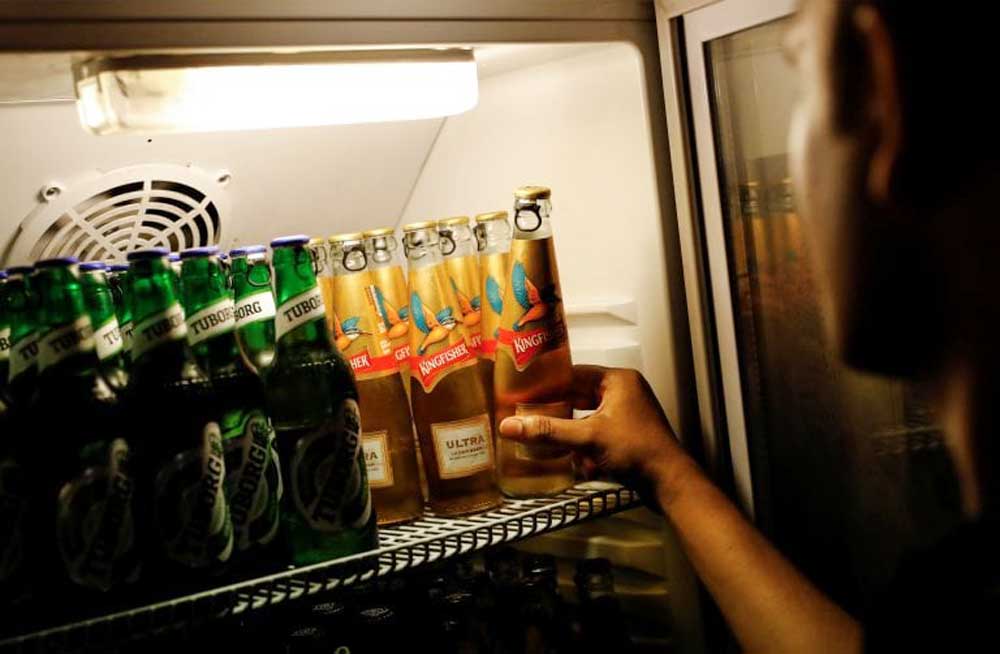 For this reason, the Indian government is forced to continue promoting alcohol regulation and is very often seen doing so with moral overtones.

This makes business exceptionally difficult for the alcohol industry – particularly with respect to one very important segment: beer. In India, beer, a moderate alcohol beverage, is taxed 60 percent higher as compared to the rest of the world along with hard spirits, despite being an ‘agricultural’ product that’s ready to drink without any dilution (unlike hard liquor). As a result, beer, despite being a low alcoholic beverage, has become more expensive for the Indian consumer.

Luckily, it seems that the tide has slowly been turning in favour of low alcohol beverages like beer and wine. Since last year, India has witnessed the governments of several states taking progressive measures to support these industries during the pandemic and enable the ease of doing business, despite the disruption. West Bengal shook hands with Amazon and BigBasket to usher in a never-before-seen era of alcohol e-commerce in the country while Haryana and Chandigarh introduced a new category for super mild beer that comes at an ABV of less than 3.5 percent.

As illustrated above, it is imperative for the state excise and alcohol industry to work in sync towards collectively making the world’s third-largest alcohol market even more business-friendly and responsible. In an effort to drive this union and clear the grey area, Brewer World is conducting a special series to learn more about the intricate workings of the beer industry in India and gain a deeper understanding of the current state excise policies and their progressive approach towards constantly changing business environments in today’s times, more specifically with respect to beer. 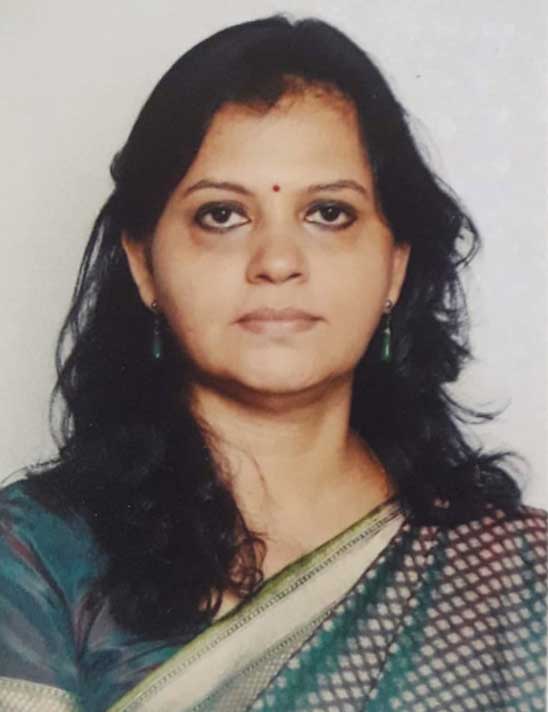 Our first interaction is with Ms. Valsa Nair Singh, Principal Secretary of Tourism, Civil Aviation and Maharashtra Excise to understand how Maharashtra has set the example for other states by being the first to apply a broad-minded outlook and liberal approach towards reforming its excise policies. In this exclusive one-on-one, Ms. Nair takes the time to explain the reason behind state-specific excise rules in India while shedding light on all the steps taken by Maharashtra to extend support to the alcohol industry.

Recognised for her noble achievements in the field of promoting, developing and harnessing the potential of all the industries under her jurisdiction, Ms. Valsa Nair has been applauded by the alcohol industry – especially the beer industry players operating within the state – for bringing in several reforms to the business of alcohol. Her forward-thinking attitude towards alcohol prohibition – a political move that has been criticised by economists and beer industry experts, both global and international, for its severe implications – is like a breath of fresh air amidst the usually orthodox perception of the subject.

“In my opinion, prohibition is a personal choice. It’s up to you to practice it yourself,” said Ms. Nair. “Although the government usually introduces prohibition for political reasons – it has been my observation from previous circumstances too that it doesn’t benefit anyone in the long run. In places where there is prohibition, one usually finds that there are lots of loopholes and plenty of illegal sales as well. So the state misses out on money that is supposed to come legally to it. At the end of the day, alcohol prohibition is usually introduced by the government for political reasons and I’m sure the parliamentary leaders know what they’re doing.”

Ms. Nair further proceeded to highlight some of the steps undertaken by the Maharashtra government to revise decades-old excise rules and regulations, thereby making business operations a lot easier on the whole.

Companies were asked to draw up a wish list – many of which were implemented as they fell well within the state excise’s framework of rules. She also introduced close to seventy notifications where there is considerable delegation of power for the smooth running of business. Realising that the documentation for acquiring licenses was far too vast and even irrelevant, Ms. Nair also called for a complete revision of all the rules, regulations and licenses. While a majority of these were done away with as officials realised plenty of duplication had crept in over the years, a large part of this process was digitised to make the process more efficient and less stressful.

“Excise rules, at least those that have been made over the last four years, exist for the ease of doing business,” explained Ms. Nair. “We have plenty of laws, rules and regulations that we have inherited from pre-Independent India. Alcohol, as a subject in India, is generally not looked at positively. No one had ever worked with the alcohol industry before this because this is not a sector many wanted to be associated with. I tried to change that because this is one of the most important revenue generators for the state and it is high time we looked into this sector and make it more productive so that it’s easier to do business and acquire licenses. We are looking to make the overall process devoid of any roadblocks or unnecessary policies so it attracts more investments for future growth.” 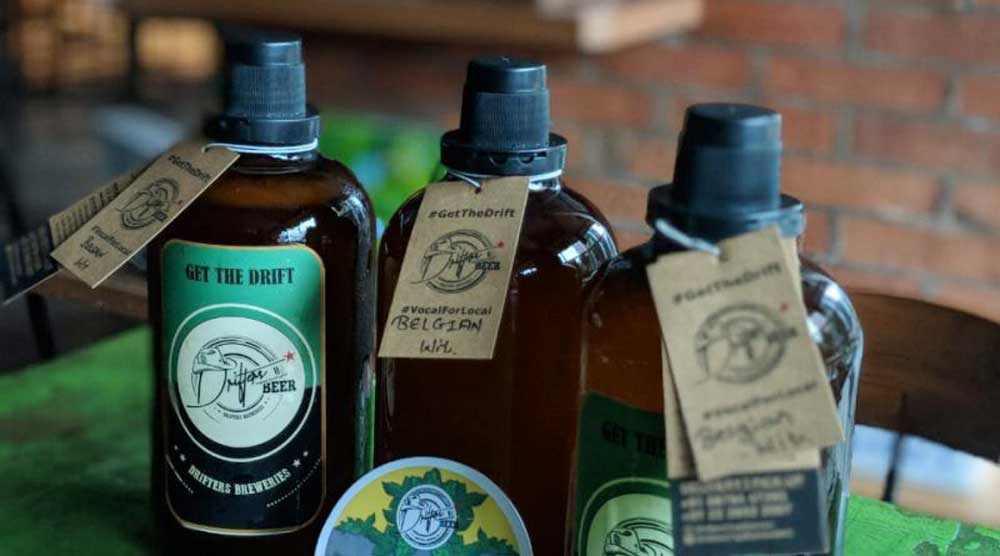 Maharashtra was the first Indian state to make the growler policy permanent. Pictured above: Growlers from Drifters, Effingut & Gateway Brewing Co. – some of Maharashtra’s popular microbreweries

“What’s the level of impact on the alcohol industry?” we asked Ms. Nair.

“As compared to many other industries, alcohol honestly has not faced so much,” she replied promptly. “If you look at the other industries like tourism, hospitality, aviation, etc. – those will take years to come back to what they used to be. Fortunately, the dent in the alcohol content is not as deep as it is in others.”

Regardless, to keep the industry alive during these hard times, Ms. Nair and her team ensured they took several steps to provide immediate relief to all those involved in the supply chain.

“In Mumbai’s corporation jurisdiction, e-commerce has been allowed by the commissioner so we took the decision to start home delivery of liquor and growler takeaways for beer,” she told Brewer World Editorial. “The primary reason behind this was to ensure that social distancing was followed and Maharashtra was the first state to pull off something like this for the first time in India. Last year, we also waived off the fee for five months across the board for all licenses and we were the only state to do so. Additionally, we allowed the payment of licenses in instalments last year.

We have also allowed permit rooms and bars for the sale of liquor during these times, because even they were out of business and many of them had heavy investments in these bars. Luckily, the sale of alcohol kept them going. We are also taking steps to promote grape and fruit wines in a big way by introducing new policies to incentivise and encourage this market.

Taking such steps has ensured that the industry and its whole supply chain didn’t suffer such a heavy blow. Luckily, because the consumers were still demanding it, things kept moving – albeit a lot slower, and it has kept our revenue going as well.”

Ms. Nair also confirmed she is open to receiving requests from the craft brewing industry to start bottling and selling their beer directly to consumers. She is also equally willing to explore the option of granting taxation benefits to the craft beer industry for incorporating agricultural products as raw materials – similar to those enjoyed by local wineries. Furthermore, Ms. Nair is eager to receive proposals on the idea of introducing a super mild category for beer that’s less than 3.5 percent. 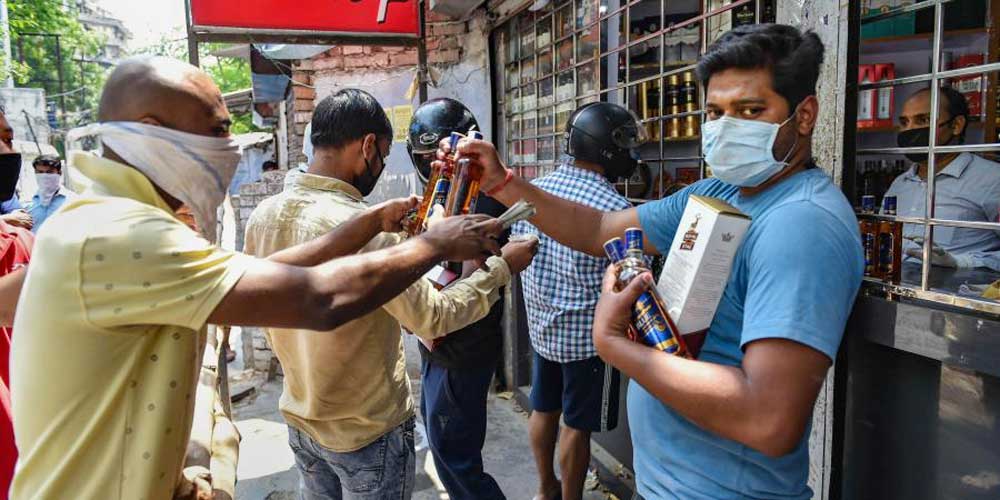 Customers line up outside an alcohol shop after authorities allowed sale of liquor during the ongoing pandemic. Picture credit: PTI

“State excise is a state subject and as per the federal government, each state can enact rules and regulations for all the subjects that fall under its list,” elaborated Ms. Nair. “State excise is looked at differently by different states. Goa looks at state excise duty on alcohol with an emphasis on tourism, which is different from Maharashtra’s, since it is a prohibition state. So I think every state will be comfortable to make its own rules for State excise and it would not be possible to have uniform state excise rules across all states, even though I’m sure it would make it easier for the brands.”

When asked about her opinion on Maharashtra’s excise duty regulations, Ms. Nair commented: “We honestly don’t compare the taxation with the other states. So I really wouldn’t know whether beer is highly taxed in Maharashtra. I think Goa is one state where the taxation is not so high on beer, but I’m not too sure about what it’s like in Karnataka. However, I do agree that we have been following this taxation for excise duty on beer on a higher scale.

I have got several representations that our beer policies are not the right one and we should go by alcohol percentage like how it is in the West. However, here, across the years, we have followed a slightly different policy for beer in Maharashtra and at the moment we are not looking at any new change in the new policy. I’m sure once this imminent crisis gets over, we will try to take this matter up and work on it.”