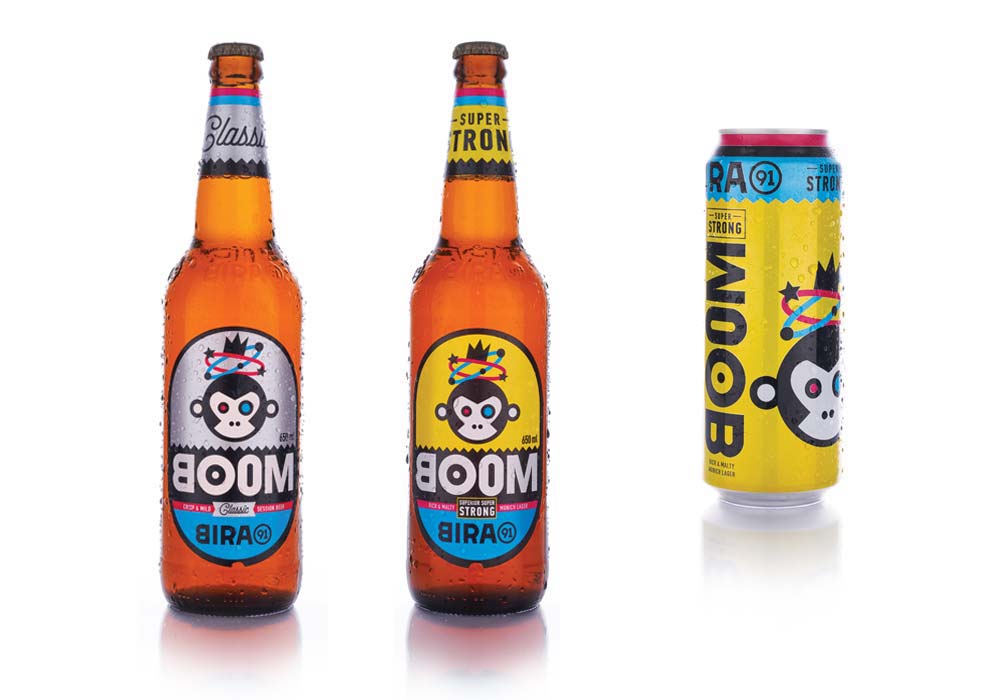 LAUNCHES BOOM TO BRING FLAVOUR TO THE MASSES

Bira 91, one of the fastest growing beer brands, has announced the launch of two new beers to capture the strong-beer market in India. BOOM will have two variants – Classic and Super Strong. With the launch of these variants Bira 91 aims to redefine the beer landscape this season bringing more flavor to the masses.

BOOM Super Strong, is a rich and malty Munich lager. A malt forward beer with notes of honey and biscuit, balanced with aromas of noble hops, this is our take on the simple but flavorful Munich helles. BOOM Classic is a refreshing summer ale. This cologne-koelsch style beer is a delicate balance between fruity aromas and subtle bitterness. This is an extremely crisp and sessionable beer.

The variants are slated to roll-out in the beginning of March 2019 across key markets of Maharashtra, Karnataka, MP, Haryana, UP and West Bengal.

Speaking on the launch of BOOM, Ankur Jain, Founder & CEO of B9 Beverages Pvt. Ltd. says, “Bira 91 has brought flavor to the beer market with its existing portfolio of beers. We strongly believe that consumers across all socio-economic and geographic spectrum want flavor in the beers that they consume. Bira 91 BOOM has been designed to fill that gap in the market and bring flavor to the masses. This is our biggest product launch in the history of our company, and we aim to activate 10 new states and go deeper into our existing markets with this product”.

BOOM will be available in 330ml, 650ml bottles and 500ml cans. The 650ml unit will be priced between INR 130 – 160 in the respective markets. The bold, energetic packaging design incorporates and enhances its classic brand appeal, reinforcing the premium positioning of the brand. Priced competitively with other major strong beers in the market; BOOM will be a flavorful alternate to the domestic strong beer selection.

Bira 91 grew five times in the last fiscal year (ending March 31, 2018) and has scaled to be comparable to the top 10 craft breweries in the US in terms of volume in only four years since inception. Besides India, the company has expanded internationally to the United States, Singapore, Hong Kong, UAE and Bahrain, with imminent expansion in the UK and Vietnam. The company expects to expand its production footprint five-fold to 2,000,000 barrels before summer of 2019 from the current capacity of 350,000 barrels. With Bira 91’s five-year association with the International Cricket Council (ICC) – summer 2019 is going to be big for the brand with the Cricket World Cup and BOOM launch to capture the mass market audience.

As one of the fastest growing beers in the world, Bira 91 has built a strong portfolio of essential beers and aims to drive the global shift in beer towards more color and flavor. Established in
the summer of 2015 by B9 Beverages and headquartered in New Delhi,

Bira 91 has quickly become the rage amongst urban millennials owing to its delicious beers, bold identity and a strong draft network. 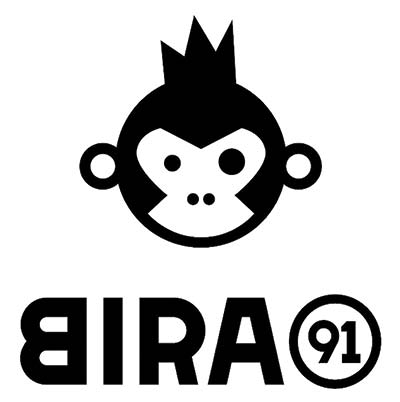 Driven by a dynamic and energetic team of over 500 passionate beer lovers, the company now operates two breweries in India, and has offices in nine cities including New York City. Bira 91 is backed by Sequoia Capital India and Sofina of Belgium.

Crafted with the creative urban drinker in mind — someone who likes to have fun and doesn’t take life (or beer) too seriously, the brand aims to disrupt the global beer world with 21st century technology and its playful monkey mascot.