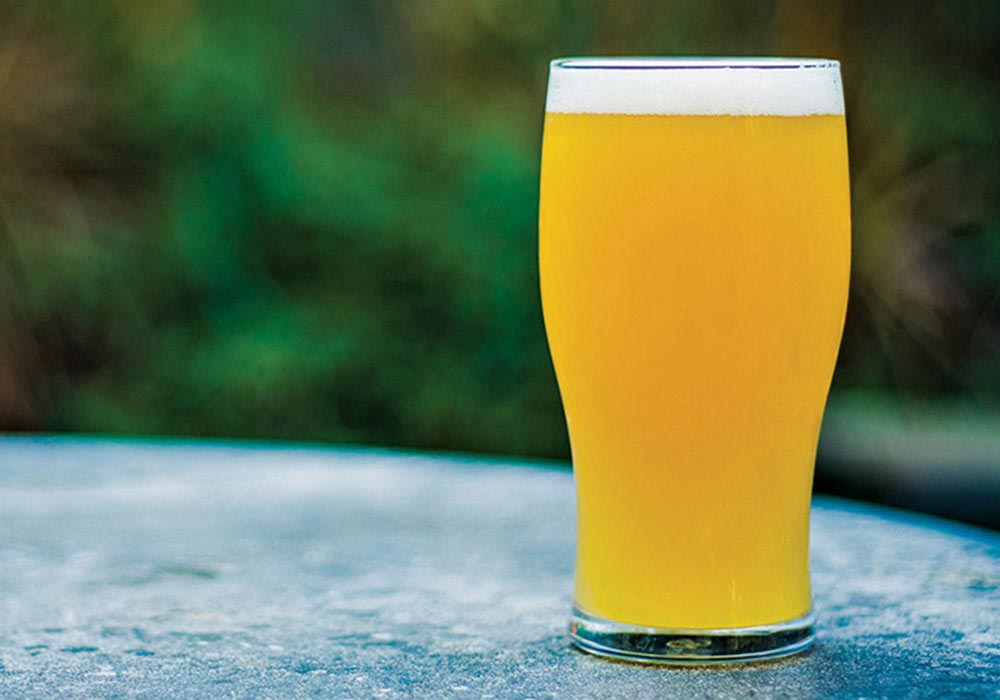 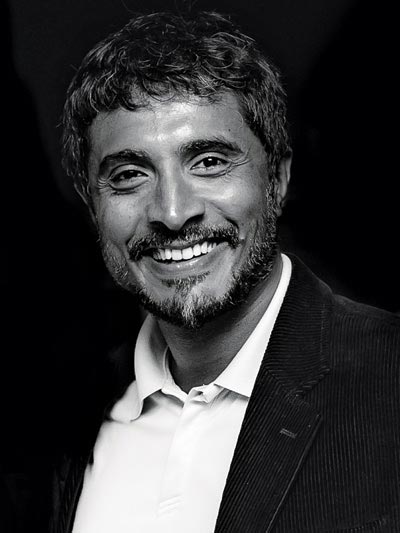 With the craft beer buzz spreading like wildfire across Bangalore, there’s huge hype about the much awaited Big Brewsky, Hennur. Rumour has it, that the newest addition to the already existing brand of Big Brewsky, is going to be Asia’s largest brewhouse. Spread across 1.5 acres, seating 2000 people at a time, and spoiling its customers for choice with 16 varieties of beers on tap at all times! So, what does one hope to expect? Well, we made it our business to find out. In conversation with Ajay Gowda, Managing Partner of Byg Ventures, who welcomes all to his beer nirvana.

First off, what is Byg Ventures? Any plans in the pipeline?

Byg Ventures is our corporate entity. It is the mother brand from which all else flows. ‘Byg’ (pronounced ‘big’) takes inspiration from ‘Byggvir’, the Norse god of brewing. Clearly, we are in the brewing business and we wanted to make that our lodestone. You already know about our craft breweries (Big Brewsky, Sarjapur and the upcoming one in Hennur). In addition, we’re launching a taproom concept called Bob’s Bar. There will be two to begin with – one in Indiranagar and one in Koramangala, and they’re launching at about the same time as Hennur.

So, lots of things to look forward to definitely exciting times.

What should one expect from the Hennur microbrewery?

It’s going to be Asia’s largest craft brewery so that’s pretty self-explanatory. Massive! But there’s lots more to it than that. It is also going to be a venue for live performing arts. We will have world class artistes of every kind from fire poi performers to contortionists, to jugglers, to high wire and rope performers and so on. All of it, in and around tables in certain areas. Moreover, it is going to be a daily affair so one can look forward to a fair amount of entertainment. In addition to this, we’ll have a conventional live performance space which should excite even the most experienced rock stars on the circuit. Last, but far from the least, we’re pretty sure our night club is going to turn Hennur into Bangalore’s new party destination.

You’ve mentioned, there will be 16 beers on tap!! Could you tell us more about this?

Indeed. We aren’t going to be Asia’s largest craft brewery for no reason. At full capacity, our brewery will be capable of pumping out 16 different craft beers. We plan to begin with about 8 and then add to it in the months to come. We will have a fixed number of signature craft brews and a few which will change with the seasons. Nothing excites us quite like craft and we are focused on the art as much as scale. Our investment in a yeast lab and similar facilities are testaments to our determination is to put India on the global craft brew map. Our recent Cryo Citra Wit was the first of its kind in India, in a style that is still very nascent in the world craft scene. So, we certainly think we’ve got the chops for it.

Will you also be serving imported craft beers?

As of now we think our brews are more than enough to excite the public, so we don’t have plans to serve imported crafts.

Talk to us about your brewmaster

Martin Bernard is our Brewmaster and he oversees all our brewing operations across locations. He’s been part of the family for a couple of years now. Martin is a Canadian brewer of international repute with a rather interesting story of his own. The grandson of a respected oenologist in Italy, he was well versed in the arts of winemaking by his late teens. He uses his immense knowledge of winemaking to bring a more scientific approach to the less-evolved sphere of brewing. Martin has crafted unique, interesting beers which have won him a raft of international awards. He is particularly passionate about pioneering the development of fresh local yeast which has immense implications for the Indian craft brewing industry.

What is your USP of Big Brewsky, Hennur, over the previous establishment?

What can I say? Well, its three times the size obviously. We’ve already talked about the sheer diversity of brews. From an experiential point of view, it will offer multiple experiences from live artistic performances to clubbing. It will also incidentally have an all new dining experience.

With Big Brewsky, Sarjapur having an impeccable decor, can you give us few highlights about the interiors of the new space?

Well I’m going to be a little mysterious here and say you’re going to have to come and experience it yourself. But I will say that if our signature feature in Sarjapur is the Japanese koi pond, in Hennur we have a water body that well, ‘blows it out of the water.’

How do you view the setting up of numerous microbreweries in the Bangalore craft beer market? Has this affected your market in any region?

Bangalore has always been India’s very own pub city with a long, established culture of pubbing, beers and rock music. Drinking culture here is fairly unique and differentiated from the average. We also have a comparatively evolved and appreciative audience which can be quite discerning. The entire microbrewery industry in India is still in a very nascent stage. We are growing by leaps and bounds but we are decades away from maturity. At this time, the pie is massive and every new brewery actually helps grow the market and expand its reach. The more players in the market, the greater the marketing spending power and more the number of new members who can be inducted into the brew-lowing fraternity. Sure they may be some elements of healthy competition but we’re a huge nation and the industry is at the very beginning of the journey. There is plenty for everyone.

As a microbrewery do you concentrate on educating your customers on what a craft beer is? And what they can expect from various brews?

While its certainly true that the craft industry is quite nascent in India, you will be surprised at how well-informed today’s Indian beer consumers are. You don’t really need to explain what a craft beer is. However, we do have a passion for brewing interesting and unusual beers (like our Rauchbier and Cryo Citra Wit).

In these instances, we certainly try and help customers appreciate the finer nuances of the brew. We have plans to introduce beer appreciation workshops in the near future, to cater to people who are really interested in it.

Tell us about your chef. Who is behind the wonderful cuisine(s) and what can customers expect?

The man with the culinary plan is our Culinary Director, Chef Sabyasachi ‘Saby’ Gorai. Saby has been the force behind some of the finest culinary experiences in the country. Over the last couple of decades, he has dined (and wined) the who’s who of modern Indian aristocracy to much acclaim. Listing his awards would occupy too much space here but suffice it to say that he has few equals in the culinary arts, in modern day India. Hennur will have a completely new dining experience with number of live kitchens running simultaneously. Guests will be able to simply walk up to different grills and tawas and pick up steaming hot food, right off the griddle. We’ve invested in state-of-the-art equipment (such as the Josper grill) to offer guests a truly unique culinary experience.

I’ve now set up multiple ventures over the last couple of decades. My first was when I right out of college when I knew absolutely nothing about the F & B industry. The little place that kicked things off became the first heavy metal pub in Bangalore – Styx. It has been quite a ride since then and it was tough learning, but I wouldn’t trade a single day of the journey. Make sure your vision is clear before you set out and let that be your north star. Overcoming hurdles is never easy but that’s part of the journey and something you should always relish. Don’t be afraid to be different. Be prepared for a lot of resistance. And always sink your teeth into what you are passionate about and hang in there!