Belgian drinkers’ faith rewarded as monks get beer out 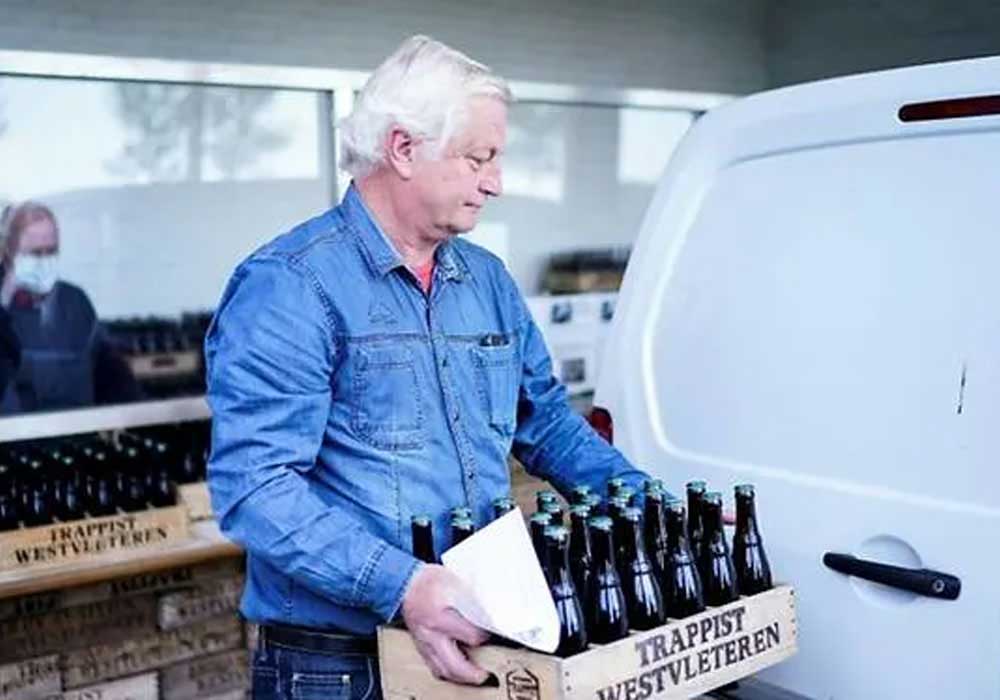 WESTVLETEREN, Belgium: Belgium is only cautiously beginning to emerge from its coronavirus lockdown and its bars and restaurants won’t open until next month at least.

But the prayers of a lucky few drinkers have nevertheless been answered, with the release of a new batch of perhaps the world’s best and most exclusive beer.

The monks of the Trappist Abbey of Saint Sixtus only sell their holy brew by appointment, to individual consumers, and until Thursday (May 14) their outlet was closed. 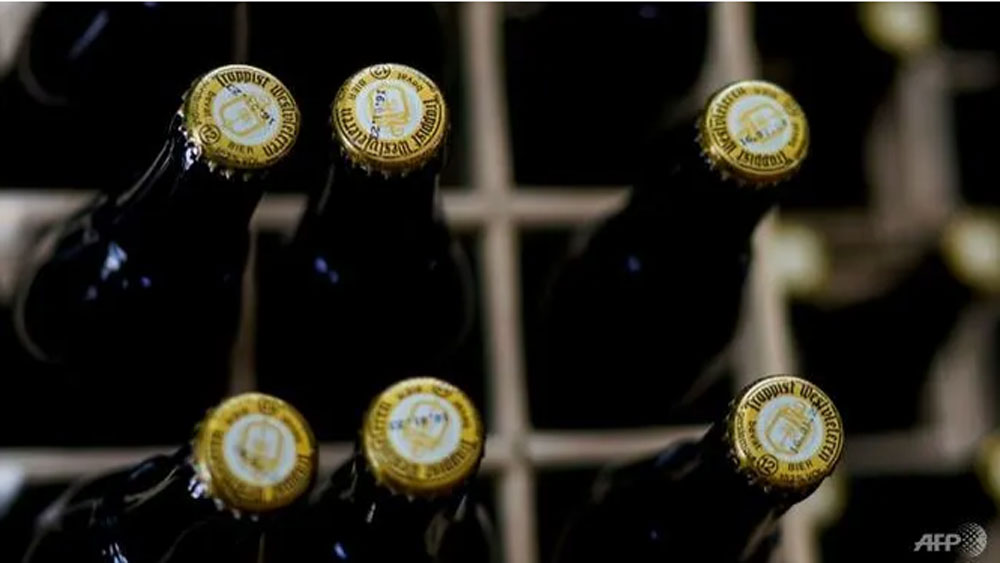 Belgium has had one of the highest per-capita death tolls from the global coronavirus pandemic in the world, and rules for social distancing have been strict.

St Benedict’s rules, however, say the monks must work to support themselves, and the Trappist Westvleteren beer is regularly voted among the world’s best by fans.

On Thursday, aficionados who reserved a slot online – and were willing to observe safety rules – were able to pull up to the monastery and pick up their quota. 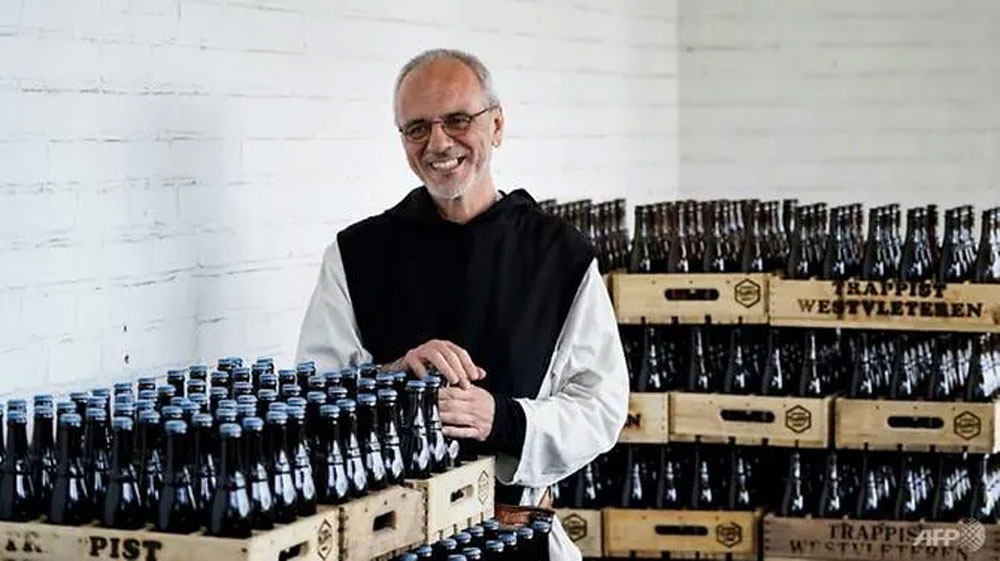 Brother Godfried, of the order, explained the rules.

“At the red light they have to stop, so that there are only two or three people active here where the transaction takes place,” he told AFP.

“We also work without cash and there’s plexiglass.”

Rules come naturally to the faithful members of the Cistercian Order, but do their customers understand self-control? They seem ready to comply, for their share of the beer. 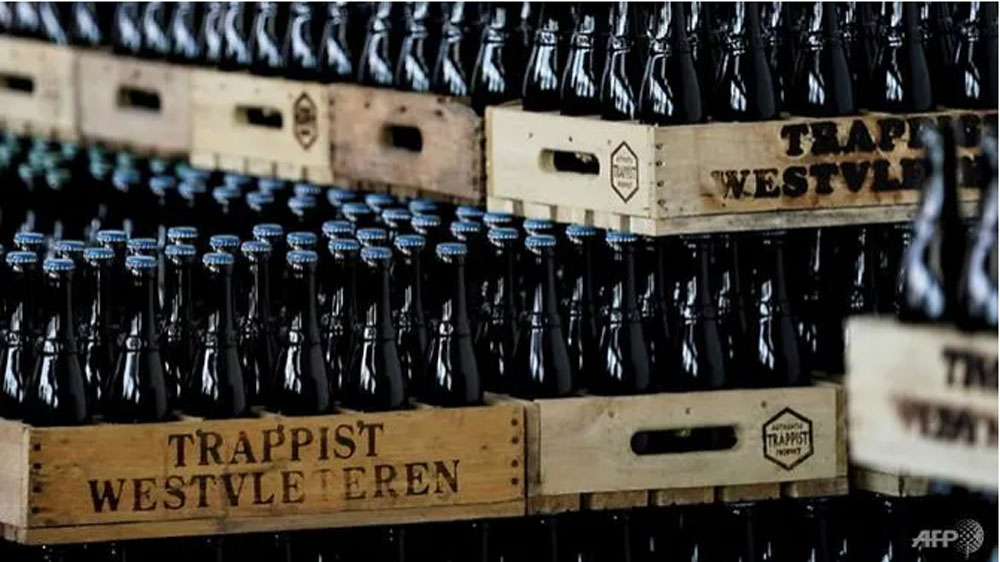 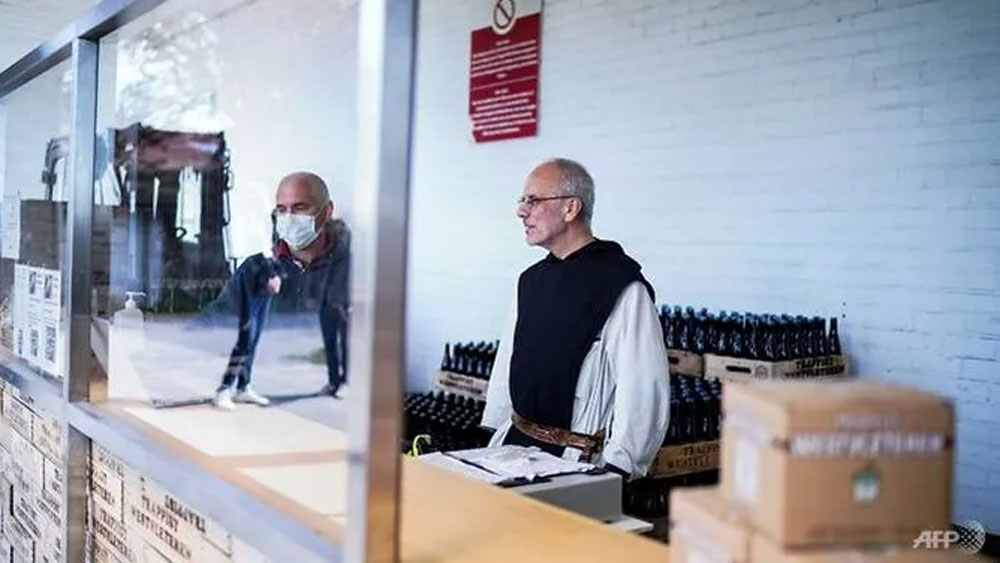 For Flor Holvoet, the trip to the monastery was, at last, a proper excuse to escape the lockdown at home, and come out to pick up his crate.

“It was the first opportunity to get out of my house and do a trip like this, to drive all the way here to get some world-famous beer,” he said.

Lawyer Thomas Vuylsteke normally wouldn’t have time on a workday to make a beer run, but his kids are off school and he was babysitting at home.

“I was out of beers, and last Friday I saw we can order some new, so I ordered them for me and my brother-in-law, and I decided to come and pick them today,” he said.

Some might frown on the return to business at the abbey, so early into Belgium’s tentative “deconfinement” process.

But, as Brother Godfried explained, the rules the monastery has already put in place to restrict sales to non-commercial buyers were good preparation to operate safely. 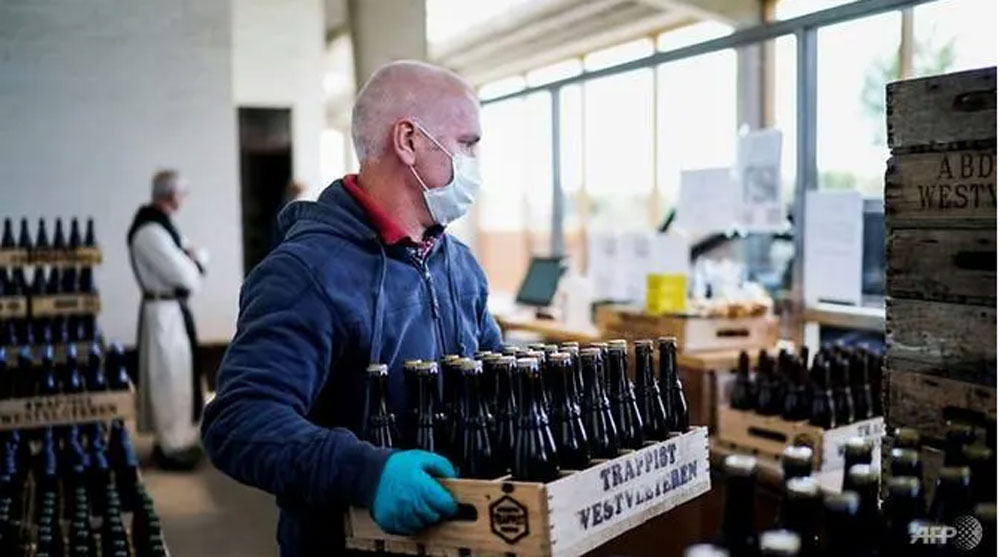 As Belgium’s borders are closed, beer fans from the rest of Europe and beyond have not been able to swarm in on the new batch AFP/kenzo tribouillard

“The reservation system allows us to regulate very well how many people come here,” he said, referring to the online sign-up system to deter re-sellers and speculators.

And Belgium’s borders are closed, so beer fans from the rest of Europe and beyond have not been able to swarm in on the new batch.

“You have to know, we live by the rule of Benedict, the Benedictine tradition, and that provides that monks … live by the work of their hands,” Godfried said.

“In very concrete terms, this means that we have to live from our brewery. So for us, it is very important that we can start selling again. Because that’s what we live from.”

The abbey was founded in 1831, when french monks arrived in Flanders to join a hermit, Jan-Baptist Victoor, living in a Flemish forest.

They made cheese and beer for their own need and in 1839, Belgium’s King Leopold I licensed them as brewers.

The brewery has survived through several incarnations and the modern brewing hall now produces small batches of three distinct Trappist tipples – Blond, 8 and 12.

The recent explosion of interest in craft beers and rare brews – along with the scarcity – has contributed to the beer’s legendary status among hobbyists.

In recent years, profiteers have tried to cash in by selling the beers at inflated prices, forcing the humble monks to adopt their online order and pick-up system.