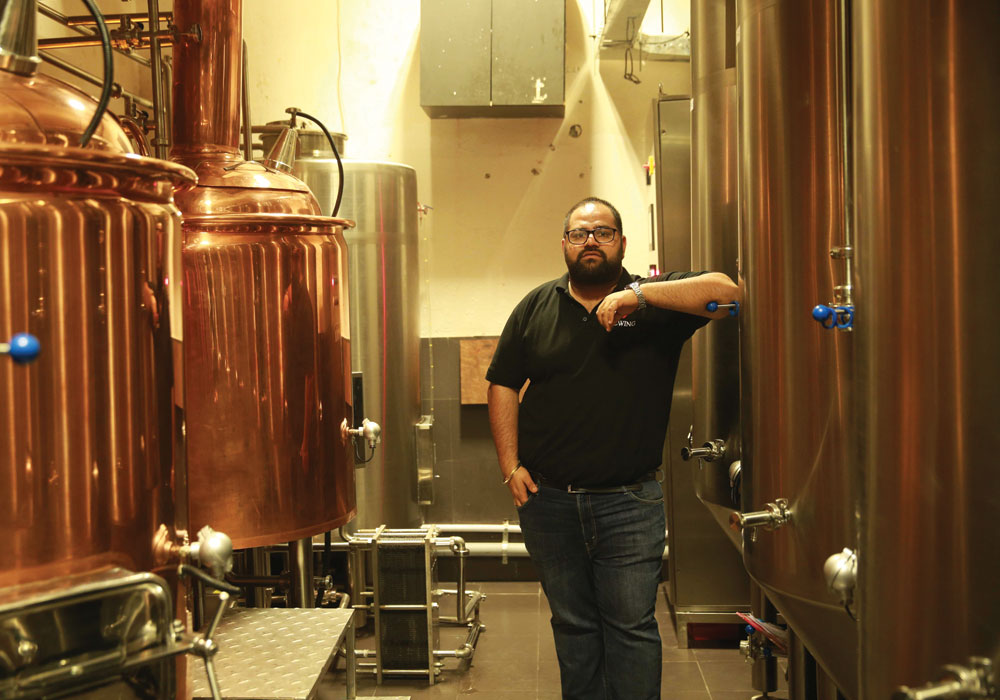 Identifying opportunity for business expansion is an art, and RohitJafa excels at it. With over 25 years in the leather export industry, Rohit, an Economics major from St. Stephen’s, New Delhi, stands tall as an entrepreneur and a pioneer in introducing equipment for Microbrewing in India. After discovering the quaint charm of beer on tap in Germany, he decided to bring the same concept to the Indian market, at rates which were functional and pocket friendly. His vision and imagination coupled with extensive research, led to the opening up of his company “Sino-Trade Corporation Limited” (STCL), with its head office in Hong Kong.

Jafa began by representing and working very closely with a leading beer equipment manufacturing company in China, which had international certifications and provided quality equipment and support to new entrants looking to set up shop globally. Soon after gaining experience and knowledge, STCL established its own reserved production spaces in 3 factories manufacturing various critical components for brewery plants. STCL have their own team of engineers and supervisors working in China who provide design and technical support to the factories. The production is monitored closely by STCL supervisors, right from the initial stage of raw material procurement.  The plants are assembled together in one of the factories, tested, polished and packed. STCL has became the largest and most consistent quality supplier of beer brewing equipments in India.

Jafa’s company STCL was the first in India to provide complete beer brewing solutions that included design support, equipment supply, installation and testing, training of brewery staff, and monitoring the initial beer brewing processes. Jafa is instrumental in helping set up a large number of breweries across India over the last eight years. He supplied the very first pub brewery equipment at “Howzatt”, Galaxy Hotel, Gurgaon in 2008. STCL, has since supplied to 40 such pub breweries.  To name a few-Big Pitcher in Bangalore; Vapour Group – 5 Breweries in Gurgaon & Bangalore; Punjabi By Nature Group – 3 Breweries in  Bangalore & Gurgaon; Striker Group – 4 Breweries in Gurgaon; Manhattan/Downtown/Open Tap Group – 7 breweries in Gurgaon; and many others.

With the brewery business growing at such a rapid pace, in 2015, the brand- RohitJafa Brewing Solutions-came into being.

With numerous clients and profit bearing breweries across the country-Gurgaon, Chandigarh, Panchkula, Pune, Bangalore, Kolkata, Mumbai-the brand had no trouble establishing itself as one of the leading beer brewing Solutions companies in India from brewery equipment supply to Craft Brewing.

RJ Brewing Solutions is supported by a young dynamic team, headed by their business partner Ishan Grover, a passionate beer enthusiast and expert brew master. He holds a B.Sc. degree in Biotechnology from Garden City College, Bangalore, and a M.Sc. in Food and Beverage science from the International Centre of Brewing and Distilling, Heriot Watt University, Scotland. He is joined by Jay Jafa, who is a MBA in Finance, Hong Kong University and London Business School. 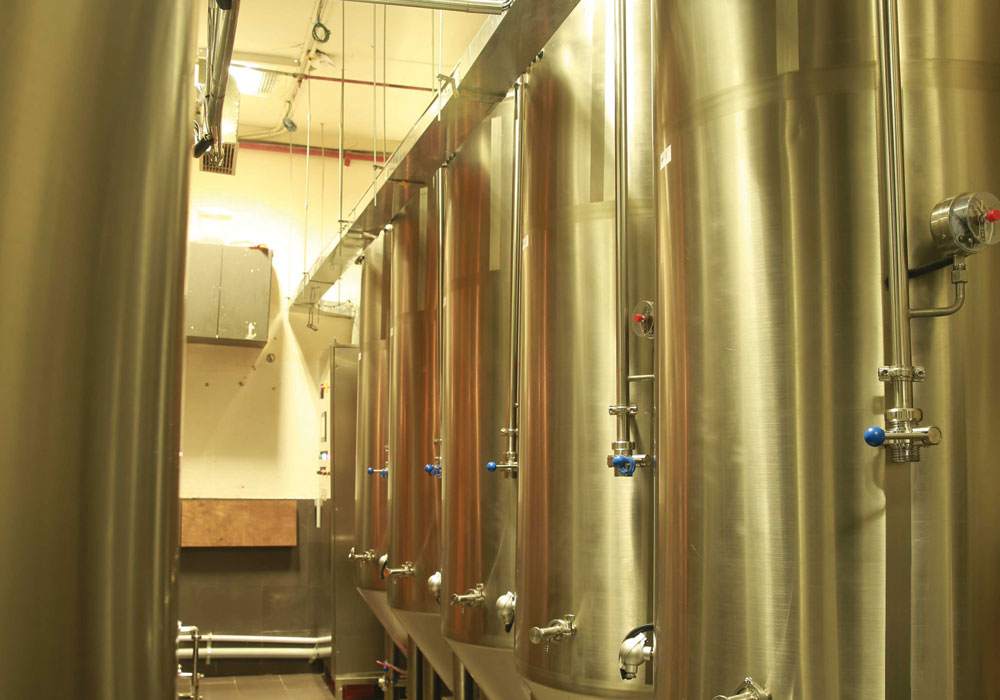 Being passionate about brewing, Ishan loves to experiment with different flavours and takes his passion seriously while creating beer varieties. He has succeeded in moving away from the stereo type and has successfully introduced complex textures and tastes for the discerning Indian palate. Having to his credit an impressive portfolio of breweries, Ishan feels that India is an explosive market that’s waiting to be tapped to its full potential. Ishan started his career as a trainee brewer at Ghana Food & Research Institute, Ghana.  His earliest achievement in India 2011, was joining as Brew Master with Lemp Brewpub and Kitchen, a franchise of LEMP Brewing Company, St. Louis, USA. In 2013 the Manhattan, group utilised his expertise as a Master Brewer and from there on it’s all been an upward growth for Ishan as a brew master.

Jay uses his knowledge to incorporate strategy management and logical skills, along with a global outlook and awareness of what is happening in the food and Beverage industry.

Jay uses his knowledge to incorporate strategy management and logical skills, along with a global outlook and awareness of what is happening in the Food and Beverage industry. His dynamism and ability to solve complex financial matters comes naturally to him. Now he juggles this with marketing, new business development, client negotiations, and other company related Issues.

In addition there are many new projects coming up in Bangalore, Gurgaon, Pune, Mumbai, Kolkatta and Chandigarh.

“The Indian market for beer is at a very nascent stage”, says Jafa, “but there will be fast paced growth. Consumers are loving craft beers, which is a paradigm shift from bottled beers. Also, beer drinkers are becoming more demanding in terms of varieties and tastes.”

Many brands in Gurgaon, Bangalore and Pune are looking at setting up their second or third microbreweries. “Manhattan has 7 (seven) outlets today”, says Ishan. “The market needs a lot of education as new entrants into the business usually do not understand the need for the many critical requirements in setting up Pub Breweries.” 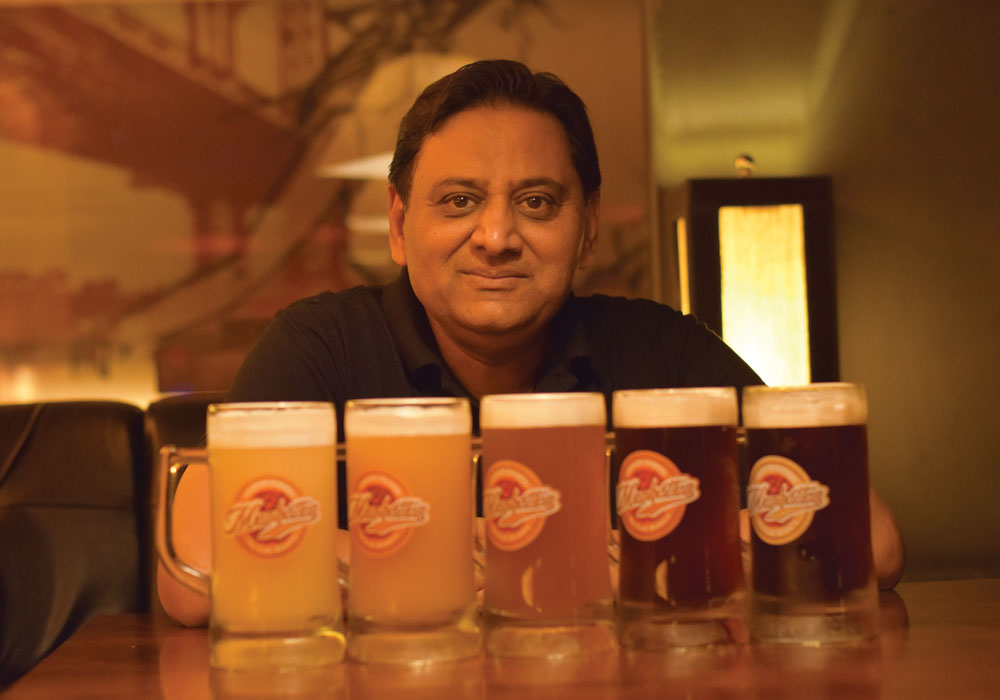 “The Indian market for beer is at a very nascent stage,.” says Jafa, “but there will be fast paced growth. Consumers are loving craft beers, which is a paradigm shift from botttled beers. Also, beer drinkers are becoming more demanding in terms of varieties and tastes.”

Licensing and its procedure is a major obstacle, “since every state has its own rules; so we needed to conform to different regulations,” Ishan adds.

With the success of microbreweries, different States are looking at the craft brewing industry as a revenue generating opportunity. And I feel this is just the beginning.”

Today, Chandigarh, Panchkula, Gurgaon, Bangalore, Mumbai, Kolkata and Pune are rapidly growing markets. ”A very interesting trend has emerged in a few states with the license regulations allowing beer packaging in kegs and sale to other outlets. This will help promote   awareness and demand for craft beers,“ says Ishan.

Indians today have begun accepting different flavours of beer, observes Ishan, and that is a very encouraging sign. “Experimenting with IPAs, Stouts and Saison, appreciating barrel aged beers and sours. Brewers are getting into innovations, albeit Wheat beer is still the largest selling – almost 50%.”

The market for craft beers is definitely very upbeat. It’s growing in the right direction, and people are getting excited about it. They want choice; consumers are appreciating the fact that craft beers are brewed with passion. At this rate it might reach a stage where craft beer will need to be bottled, and may well eat into the bottled brands pie. Consumers want choice, they want better and  more creative tastes, they like to experiment – RJ Brewing Solutions is there to give them just that !!!