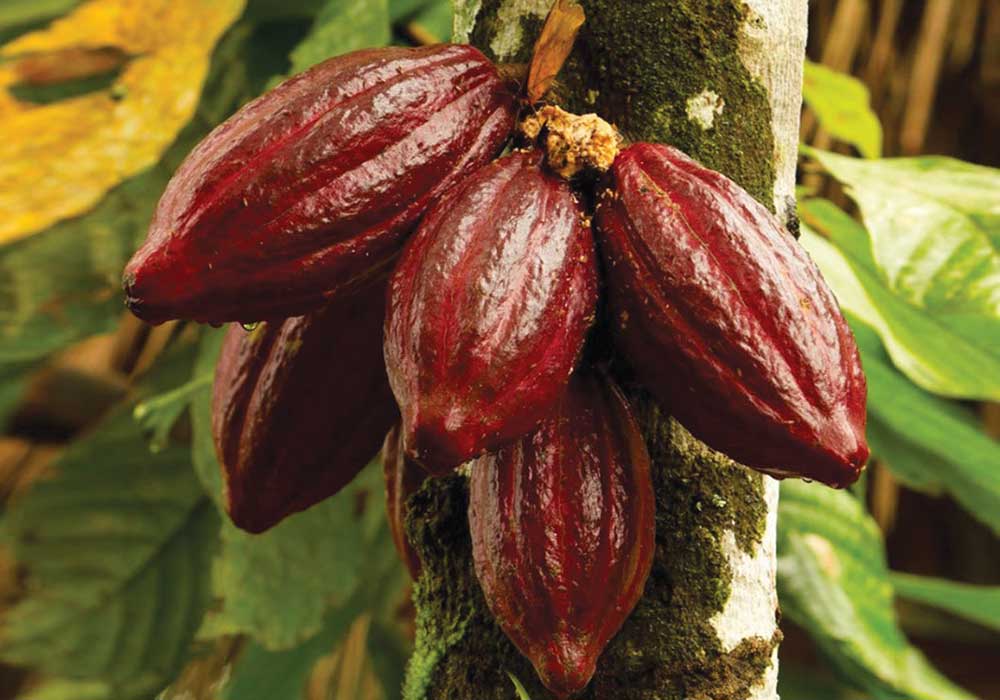 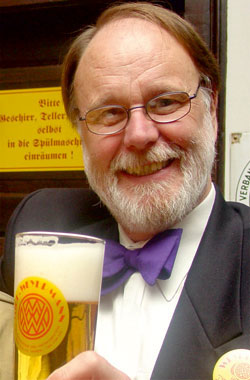 Horst Dornbusch is internationally known in the brewing industry as a consultant, brew equipment designer, beer recipe creator, brewer, beer judge, event speaker, and multilingual author. He was born in Germany and educated in both Germany and the United States. He is now a German-American dual citizen and lives in Massachusetts, USA. Over the past quarter of a century, he has published hundreds of articles, as well as books, about the technical, sensory, and economic aspects of beer and beer-making. His books include PROST! The Story of German Beer (1997), Altbier (1998), Bavarian Helles (2000), The Ultimate Almanac of World Beer Recipes (2010), Die Großen Biersorten der BRAUWELT® (2014), Beer Styles from around the World (2015), and Das Große BRAUWELT® Lexikon der Biersorten (forthcoming in the fall of 2017). In addition, he was the Associate Editor and major contributor to the acclaimed 900-page reference work, The Oxford Companion to Beer (2011). Currently, he is working with Thomas-Kraus Weyermann on a book about dark lager brewing.

A couple of things we know: The world’s most flavorful spices come from the equatorial belt — cinnamon, clove, mace, nutmeg, and, of course, the glorious, rich, and exotic vanilla and cacao beans; and we know that brewers everywhere have always used their local botanicals as “terroir” beer flavorings, either with or instead of hops. For Indian brewers, this opens the door to one of the most sublime, yet incredibly potent, beer-and-spice combinations! Enter the Chocolate Stout, a strong, dark and malty brew that is flavored with vanilla and cacao, the tropical ingredients that give a perfect chocolate confection its unique and scrumptious taste. A Chocolate Stout is layered with rich, big, bold, and rewarding after tastes, which make it a great pick-me-up on a lazy summer evening after a hard day’s work.

Chocolate Stout is brewed with products from the seed of the cacao tree (Theobroma cacao), which can be added at various stages of the brewing and fermentation process. The most common forms of cacao products are nibs, powders, and syrups. Many brewers, however, prefer to use cacao powder added to the mash, where its flavor can be fully extracted without causing turbidity problems in the wort or beer. In brewing, cacao powder is also considered preferable to other cacao products, including ground nibs, because most of the cacao fat, known as cacao butter, has been removed during the production of the powder. 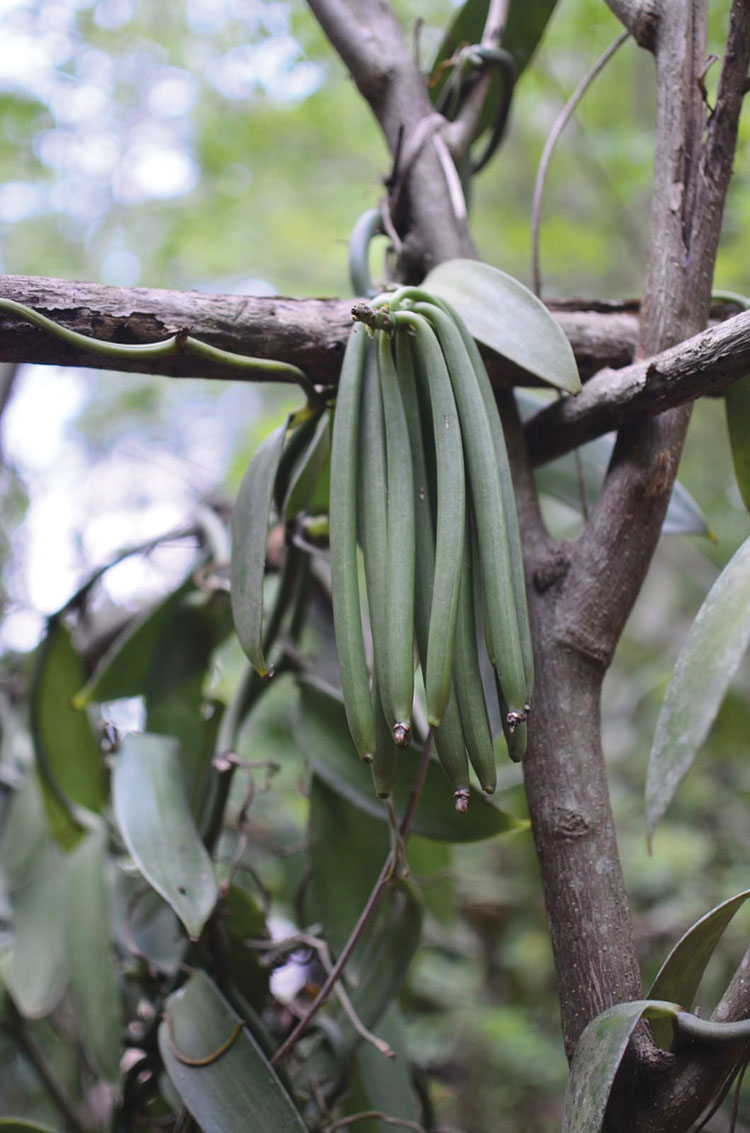 When brewers calculate the amount of cacao power for their beers, it is best to err on the side of caution, because it is always possible to add more flavorings later in the process, but impossible to remove any excess. About 290 g/hl (12 oz./bbl.) is a good amount to start with. Some brewers prefer to make their chocolate beers with sweetened, cacao- or cocoa-derived chocolate syrups instead of pure cacao powder. However, such syrups ought to be used with caution because many of them contain not only chemical emulsifiers and high fructose corn syrup but also potassium sorbate as a preservative which inhibits yeast growth.

The second significant flavor component in a Chocolate Stout is vanilla, either in the form of vanilla beans or natural (not synthesized) vanilla extract. Vanilla beans are the seed pods of the orchid Vanilla planifolia. They need to be sterilized (through a short boil in water or wort, for instance) before being added to beer. Vanilla extracts, on the other hand, are usually about one-third alcohol and are sterile. Because the beans’ aroma extracts are somewhat volatile, they are best added to cold beer in the fermenter instead of hot wort in the kettle or whirlpool. A good amount of extract is about 200 ml/hl (3/4 cup/bbl. or 12 tablespoons/bbl.). Most culinary experts agree that two to three teaspoons of commercially available vanilla extract represent a flavor equivalent of one typical vanilla bean.

The grain bill for a malt-and-chocolate stout brew can be based on a regular Pilsner or pale ale malt, which makes up about two-thirds of the grain bill.

However, replacing such a pale base malt with a light amber and still enzyme-rich Vienna malt gives the brew additional reddish hues and more depth of flavor. An additional powerful malt back bone comes from Weyermann® Caramunich® II (perhaps 20 to 25% of the grain bill). Malt aromatics and a slight breadiness are supplied by the addition of small amounts (up to 5% each) of Weyermann® Special W® and Weyermann® Caraaroma®. For an extra depth of color, add about 3% of the de-husked — and thus mellow — Weyermann® Carafa® I Special.

While tastes are subjective, most people agree that aggressively bitter or spicy-pungent hop notes do not play well with the roasty-sweet flavors of cacao and vanilla, whereas a fruity-citrus variety such as Mandarina Bavaria would be an excellent choice for both bittering and aroma. The hop quantities should be calculated for no more than about 20 to 25 IBU.

The yeast can be any classic English or German ale or lager strain — but not a banana-and-clove German wheat beer strain, which would clash with the malt-and-chocolate dominance of the brew!

The grain bill for a malt-and-chocolate stout brew can be based on a regular Pilsner or pale ale malt, which makes up about two-thirds of the grain bill. However, replacing such a pale base malt with a light amber and still enzyme-rich Vienna malt gives the brew additional reddish hues and more depth of flavor.

The effect of the above combination of a complex malt bill with cacao powder, vanilla extract, and gentle hops is an appetizing deep chestnut brew with a strongly malty bouquet that gives off hints of mild roast and some bread crust. The beer’s mouthfeel is well rounded with a complex mix of flavors that are reminiscent mostly of freshly brewed French roast coffee. The finish has lingering notes of nuts, chocolate, coffee, and dark malt. A Chocolate Stout is best served in a cognac snifter as an aperitif or a digestif. It goes well with most beef dishes, as well as with such deserts as cheese cake, or with aged goat cheese.

Note: Cacao powder is not the same as cocoa powder. While the former is derived by cold-pressing unroasted cacao beans, the latter is made from raw cacao beans that have been roasted at high temperatures. Thus, cacao powder is the purest form of chocolate. 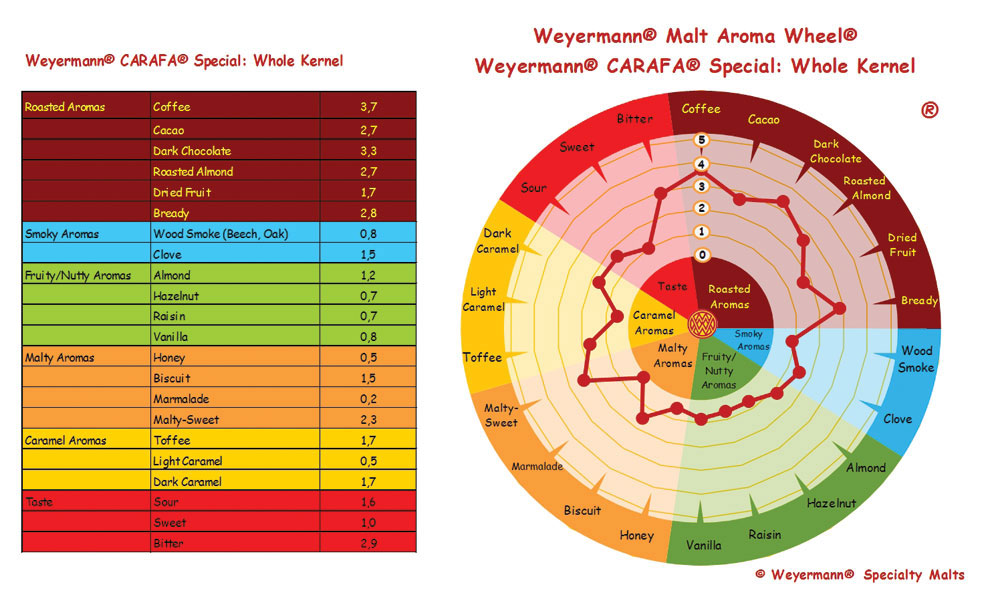 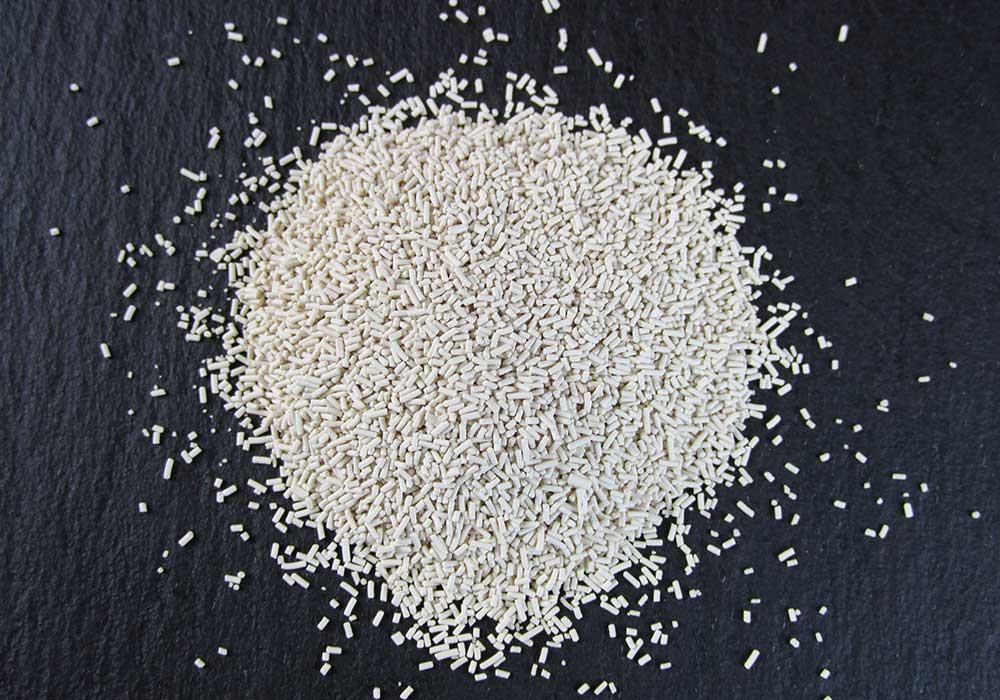 The Importance of Yeast Nutrition for a Successful Fermentation