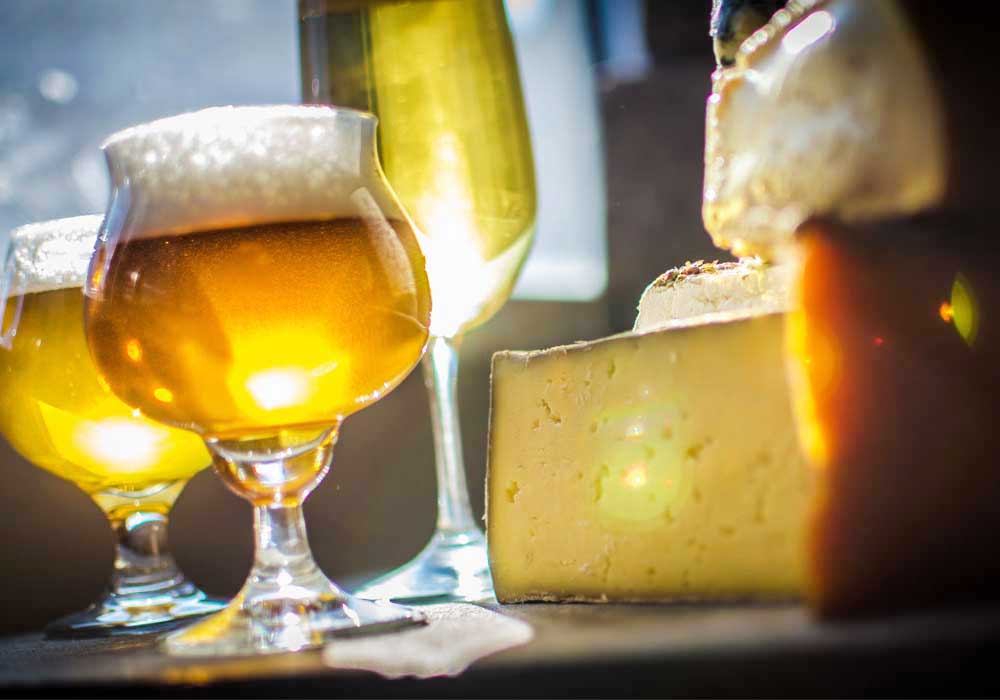 The art of beer and cheese pairing may seem complicated but it really isn’t when you break it down. Beer and cheese are both handcrafted artisanal products where there can be many similarities among these. Beer is more diverse in flavour than wine and can be paired well with almost every style. There are innumerable options to pair beer and cheese. As Garrett Oliver from Brooklyn Brewery says, cheese is grass processed through a cow and modified by microbes while beer is also grass processed through a microbe which we all know as yeast. As a result, it is very easy to draw some similar flavours derived from beer and cheese. 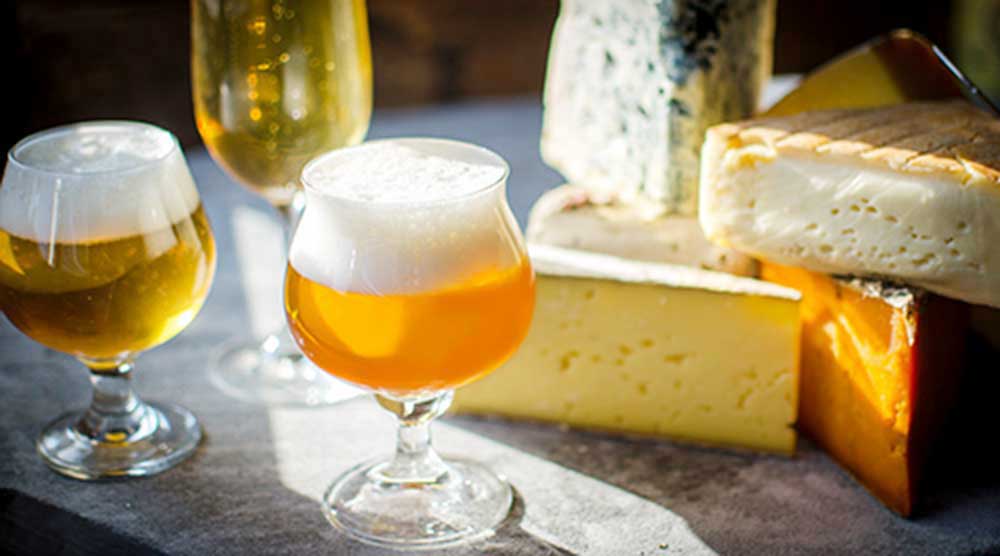 Cheese is often described as earthy, salty, creamy, pungent, sour and intense. Based on the flavour profile of a certain type of cheese, an appropriate beer can be paired to match its intensity. It is helpful to understand the basics of cheesemaking as that can give more insights either to complement or match the intensity of a cheese. When cheese is aged for a longer period of time, bacterial and mould cultures latch on to it and add further aromatic, flavour and textural characteristics. However, the flavour profile of cheese changes inversely to a beer. When beer ages, it oxidised and tends to become more mellow and malt-forward. Cheese on the other hand becomes much sharper and funkier. 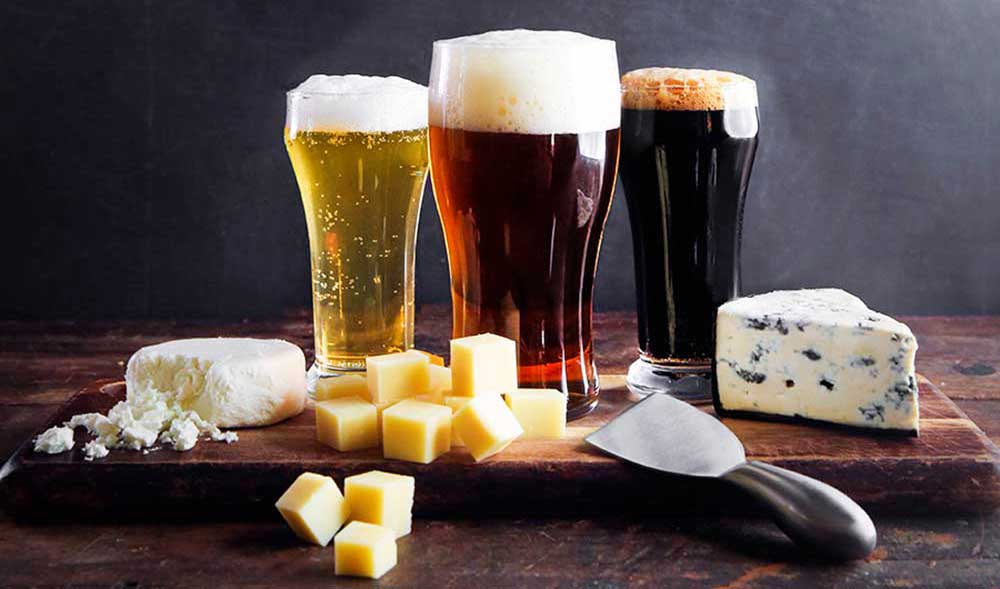 Lighter beers like pilsners, witbiers and hefeweizens pair well with lighter cheeses which are fresh such as mozzarella and brie. Similarly stronger beer styles like Barleywines, Quadrupels and anything imperial would match the level of aged cheeses such as Stilton or an aged Gouda. Let’s have a look some of the beer and cheese pairing suggestions which are arranged from low to high intensity. 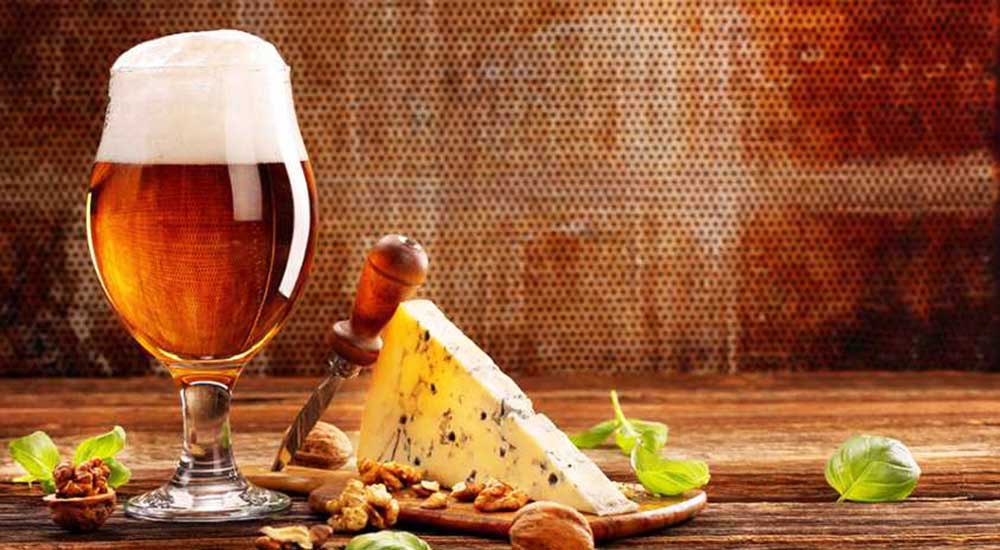 Some of the breweries like Rogue Ales in Oregon and Tröegs Independent Brewing in Pennsylvania have partnered up with local creameries to craft their own cheese which pairs ideally with some of their classic styles. Rogue Ales released their first hop cheese where cheddar is hand-mixed with freedom hops. Tröegs Independent Brewing released their custom made Perpetual beer cheese which is sweet, creamy, dry-hopped and curated to pair with Perpetual IPA. Keep in mind, there are no rules when it comes to beer and cheese pairing. Playing around with a wide range of cheeses would be essential to master this art. While you do that, don’t forget to have fun.