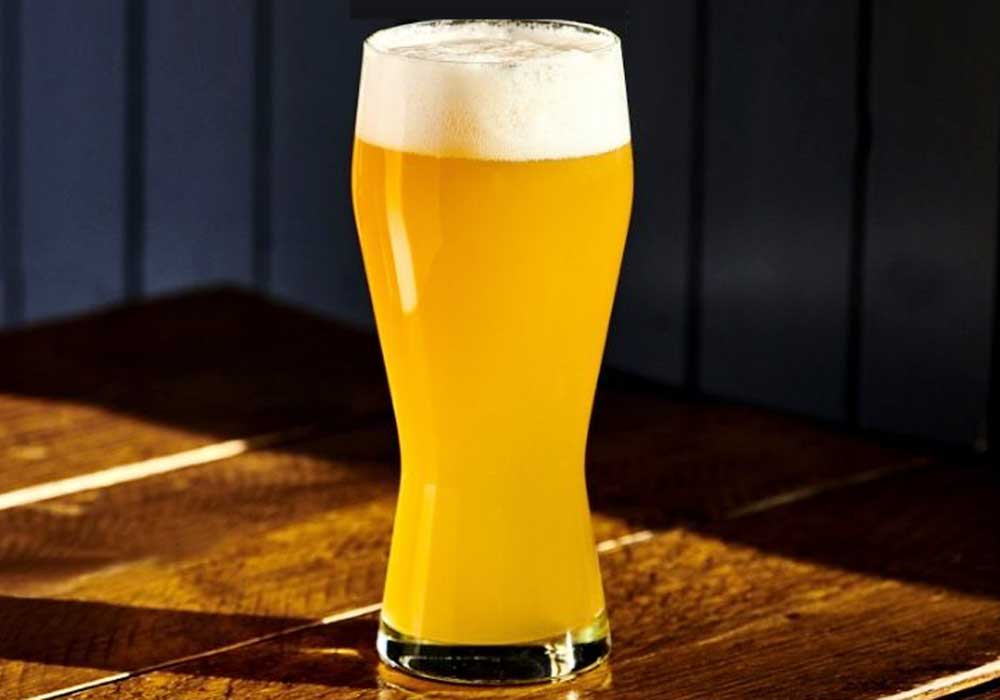 One of the world’s most important staple crops – wheat is grown on more land area than any other food crop. The world production of this crop has tripled since 1960 and global trade in wheat is greater than for all other crops combined. 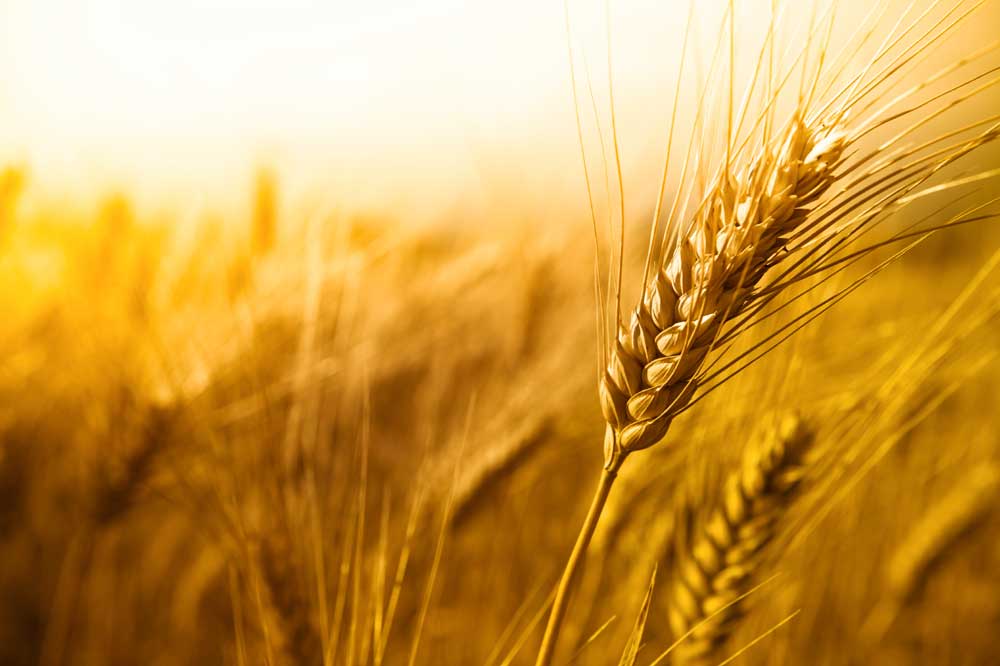 Wheat’s beginnings can be traced back to a specific clan of wild grass, whose taste appealed to our primitive ancestors. Modern wheat was cultivated from ancient wheat species such as einkorn, emmer, spelt and khorasan wheat more than 10,000 years ago in what is called the Fertile Crescent of the Middle East. Tools back then, however, were primitive and it was the Ancient Egyptians who finally discovered they could build ovens and bake bread. 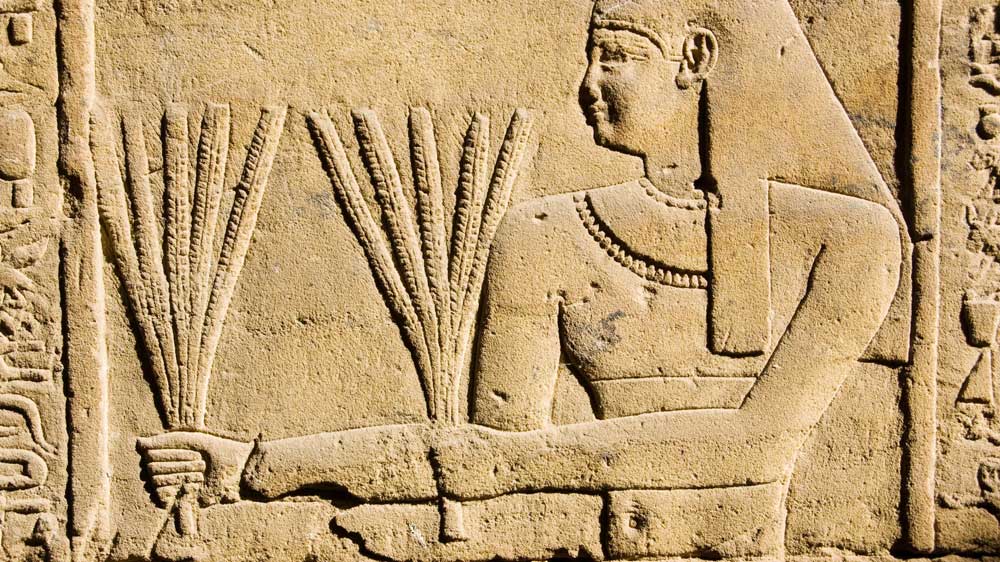 Historians believe that it was one of these experiments with the grain – more specifically, barley, a cousin of wheat – that ‘accidentally’ led to the discovery of Beer – the world’s third-most widely consumed beverage.

Today, both wheat and wheat beers have come a long way in shaping consumption patterns in the world of food and beer. In India, especially, where the craft beer revolution is at a comparatively nascent stage with respect to other matured beer markets like the U.S., Europe and Australia – wheat beer has not only been one of the predominant styles in every local watering hole but has also ranked the highest-selling style in almost every microbrewery. 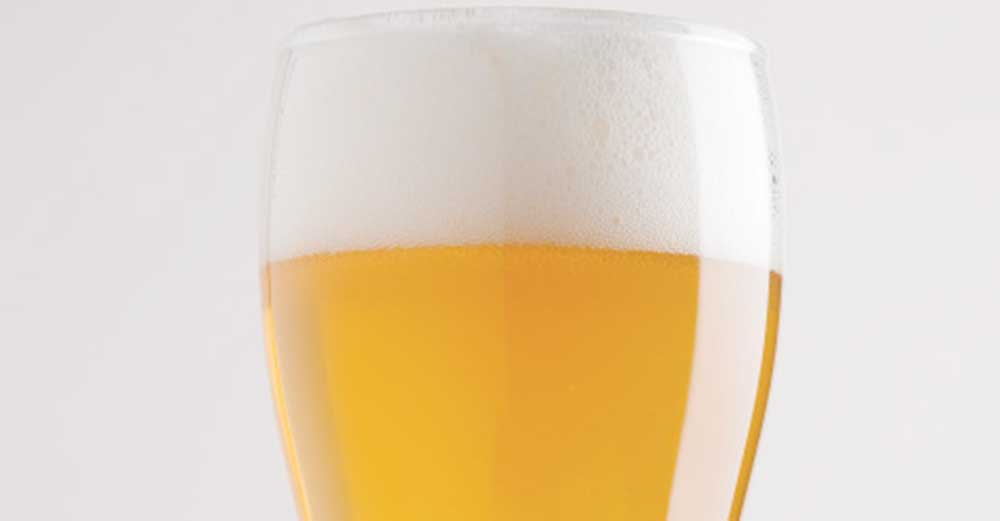 While Indian beer lovers are increasingly experimenting and opening up to styles like IPAs, stouts, saisons and sour beers – wheat beer has been a constant favourite – no matter what season or what occasion.

Brewer World Editorial decided to pick the brains of some of the country’s popular craft brewers and experts to understand why. 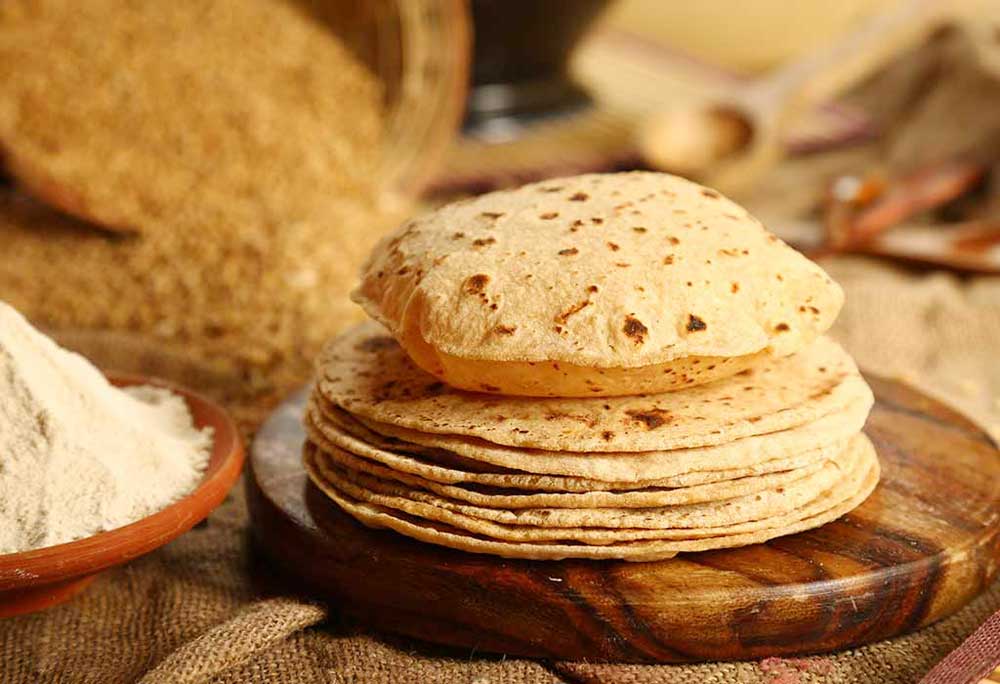 In terms of both consumption and production, wheat occupies the second-most important position among cereal crops in India after rice.

Wheat has been around in India since 1900 B.C. Since then, wheat has continued to play a pivotal role in satisfying the Indian growing population’s food demand and is one of the primary sources of nutrition and calorie intake. While this versatile crop is used in plenty of recipes, it’s most common manifestation is the Indian flatbread or ‘roti’.

According to Sheetal Shah, Co-founder of Drifters Breweries, Maharashtra, who guides food pairing with the microbrewery’s beers – the popularity of wheat beers in India has a lot to do with this fact. “It’s in our palate from childhood. We have all had wheat in our regular diet so our palate is very friendly with its taste,” said Sheetal. “I think this is one of the factors for Indians liking their beer to be a little bit on a sweeter side. Local beer lovers, unlike Americans, Europeans and Australians, do not have a palate that is friendly for bitter-tasting food or drink which is why beers like IPA or Pale ales took some time to settle with the Indian audience.”

A Perfect Match for The Indian Palate 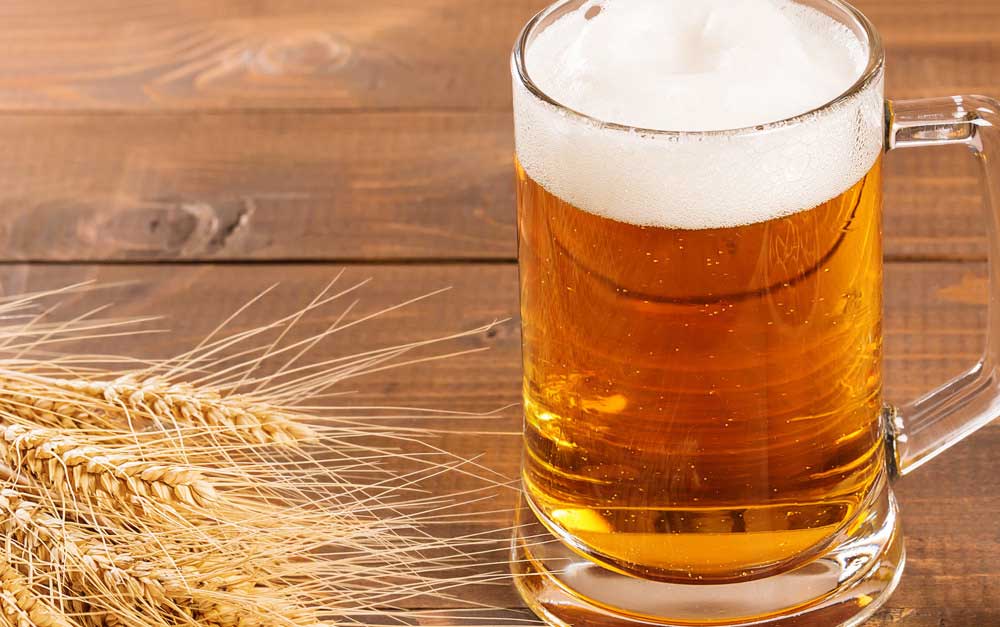 The unique flavour profile of wheat beers has always been an instant hit with Indians. “The bread-like character, low bitterness and citrus-spice additions make wheat beers light and refreshing – perfect for our weather,” said Vidya Kuber, brewer at Geist Brewing Co. – one of Bengaluru’s earliest microbreweries. “With a number of different sub-styles, the yeasts and their fermentation derived notes add greatly to their appeal.”

Lynette Pires, Head Brewer at 7 Rivers Brewing Community shared a similar opinion: “Wheat malt generally imparts a smoother texture, body and sweetness to the beer which seems to be preferred by much of the Indian palate. The most common wheat beer styles brewed across the country, like the Hefeweizen and Belgian Wit, tend to be a lot more flavourful and have a lower IBU than the others on tap. Hence, most people find themselves more inclined towards these less bitter styles when compared to an IPA or a Stout.”

“However, over the next few years, I do see Sessionable Pale ales, sours, and Belgian styles gaining more popularity in India which is an interesting change to look forward to,” she added.

Amar Shrivastava, India’s first craft brewer believes that the versatility of wheat beers when it comes to food pairing is what makes this style such a crowd-pleaser. “When it comes to IPA – a really bitter beer, one has to be very mindful of the flavour profile of their beer and the selection of food otherwise the pairing can go horribly wrong,” explained Amar. “Wheat beers, being low in bitterness and high in carbonation are highly sessionable, pair easily with just about any Indian dish and have a thirst-quenching appeal that’s very desirable especially during Indian summers and monsoons. You don’t have to be too particular with this style: whether it’s a plate of masala fries or a curry, you’re always safe with a wheat beer.”

Gautham Gandhi, Director of North Side Brewers Private Limited (brand to be released soon), who has noticed Belgian Wits doing better as compared to other wheat beers, said: “You can do a lot with a Belgian Wit by adding spices and botanics. The spice profile of these beers is very appealing to the Indian crowd and perfectly complement the spicy flavours in Indian food that we are all so familiar with.

According to Amar, Wheat beer-brewing involves very little fuss as compared to other styles, for instance, Stouts. “Wheat beers to brewers are like omelettes to chefs,” said Amar. “Stouts can get too bitter if you don’t mash the grains properly and they don’t ferment if not boiled properly. If you don’t fuse your yeast in the recommended way, you can’t put it in your stout. In Irish stouts, especially, every step – right from the milling to the pouring, matters.

Wheat beers, on the other hand, don’t have too many hops. This style of beer has all the yeasty characteristics that people associate with beer. It can be fermented at any temperature to display a range of flavour profiles so the possibilities with this beer are infinite!”

Wheat beers also require very little inventory management. “If I’m making two types of wheat beer, I don’t change a lot in my regular inventory,” said Gautham. “I can just stick to basics like wheated and raw wheat along with base malts like Pilsner. ”

The Need for More Experimentation 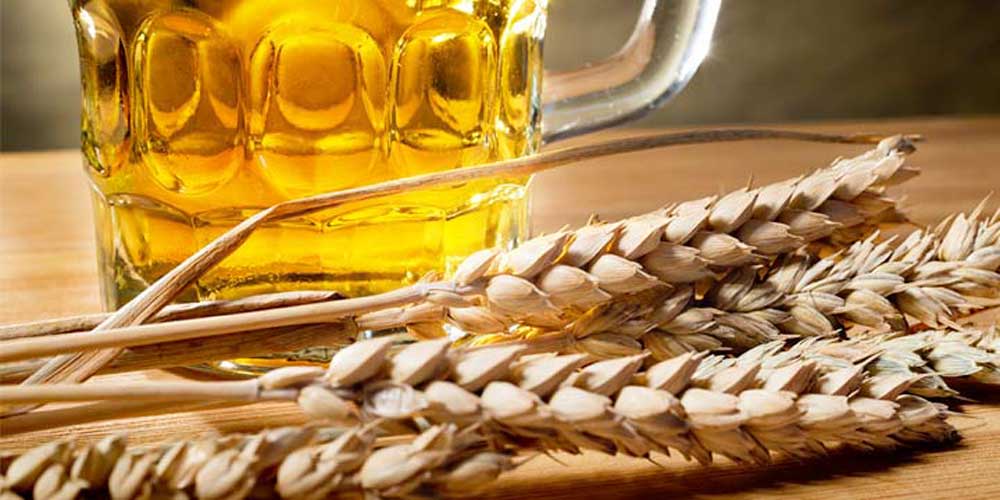 One of the reasons for craft beer being such a huge hit with the modern-day beer lover is the sheer diversity it offers in terms of flavour profiles and styles. Experimentation and innovation in brewing techniques and unique ingredients are key drivers to ensuring this segment does not stagnate. While India continues to carve a place for itself in the global craft beer revolution, have microbreweries really embraced experimentation?

“One must understand that many Indian brewers are not microbrewery owners,” said Gautham. “Owners usually prefer specific beer styles to remain on tap all throughout the year because these drive the main portion of their sales. So even if the brewers want to experiment, many owners will be hesitant.”

Inventory management is another factor that has been slowing down the rate of experimentation in the Indian craft brewing segment.

“If I tell the owner I need four types of malt to make different wheat beers, we get stuck with many different malts in our inventory and the whole thing can get spoiled. It’s a risk involved for the business owners,” explained Gautham. “Additionally, introducing new beer styles and flavours would also involve training the staff well enough to be able to communicate everything about the beer to the customers so they in turn, can make an informed decision. It’s an extra effort that we don’t see a lot of microbreweries taking at the moment.

The sad part is American Wheats have yet not been explored properly in India. These are very versatile beers that can be brewed with pretty much anything, including fruit. Brewers can learn a lot from these styles – including Belgian Wits and Hefeweizens and come up with our own indigenous variations, but yet, they are pressurised to play it safe.”

Emphasising on the fact that India is not a country that follows the German Purity Law, Gautham further added: “Indian brewers have immense freedom to brew as many flavour combinations or styles as they want. It’s important that we focus as much on innovation and experimentation as we do on the quality of our beers so that we can tap into our own unique brewing style and make the best of it. So while the Hefeweizen is a style that follows the German Purity Law, we need to remember that we aren’t a country that follows this law. So there’s plenty of scope to brew a Hefeweizen with a completely different variety of hops that will totally change the character. But we have to be open to experimentation so we can find the right unique combinations.