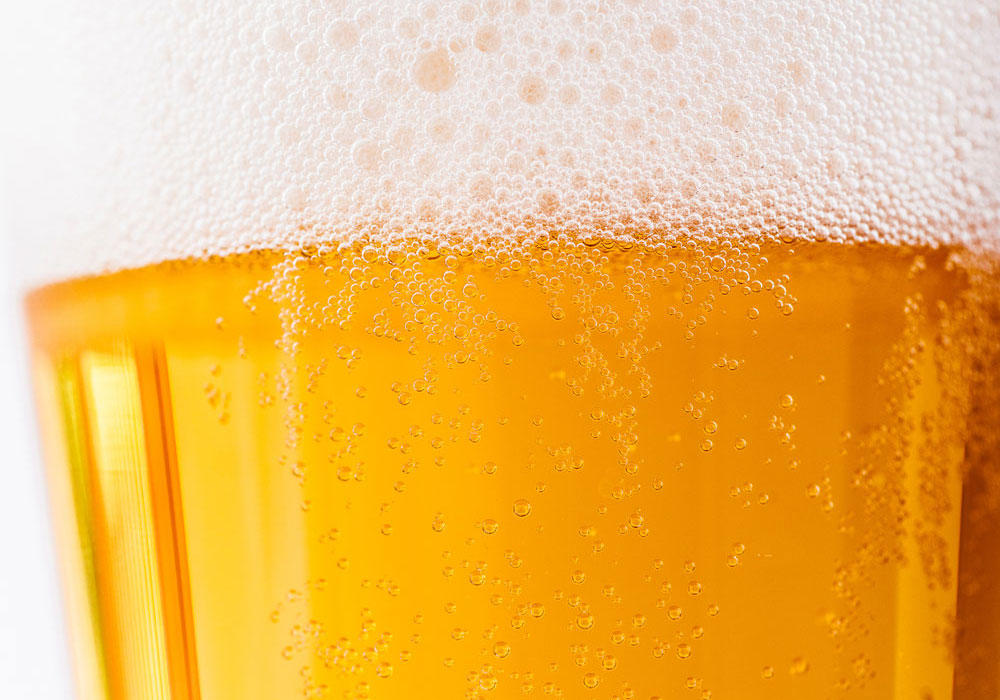 The foam retention challenge is like a battle between good & evil. All beers contain more than enough CO2 to generate enough of bubbles, are capable of producing copious amounts of foam. It simply needs more ‘work’, to do the job!

Beer head, or foam or collar, is the result of the creation of gas bubbles, known as nucleation. The carbon dioxide that forms the bubbles in the head is produced during fermentation. The carbonation can occur before or after bottling the beer. If the beer continues fermenting in the bottle, then it naturally carbonates, and the head is formed upon opening and/or pouring the beer. If the beer is pasteurized or filtered, then the beer must be force carbonated using pressurized gas. Consumers tend to place a lot of importance on beer heads: too much of a head is undesirable because it detracts from the mass of the drink (similar to carbonated soda drinks), on the other hand a poured beer is viewed as incomplete unless it has the specific form of head expected for the type of beer.

Foam qualities of beer has a proportionate impact on the perceived value of the product. Brewers are generally worried about the appearance of a stable foam on their beer. Through this article, I’ve tried to identify the characteristics of a beer foam.

The foam retention challenge is like a battle between good & evil. All beers contain more than enough CO2 to generate enough of bubbles, are capable of producing copious amounts of foam. It simply needs more ‘work’, to do the job! The principle backbone material of foam is protein. These proteins originate from the malt, they actually increase during germination of barley in malting. Since they are hydrophobic, they do tend to be lost
to a greater or lesser extent through the brewing process. This occurs whenever there is an opportunity for frothing, eg – in a fermenter or the presence of large surface areas for them to stick on to.

Beers brewed from high malt grist’s with high bittering have the highest foam capacity whereas those brewed from a high adjustment base to modest bitterness level are at a greater risk. Nevertheless, the major cause of poor foam on beer has not been a shortage of foam-promoting parameters, but rather the presence of foam inhibitors.

Inconvenient but True: Ethanol for the most part is bad news for foam, though a little alcohol is actually helpful in facilitating the production of foam (one of the reasons it hard to procure a beer head on alcohol-free beer), as the alcohol content aggressively damages the head by disrupting the protein molecules already present. Hence a 10% ABV beer is at greater risk than one at 5% ABV.

Lipids are bad news for foam: Just as for BU’s, adjustment of alcohol content in the interest of foam enhancement is not an option. Lipids like ethanol, are bad news for foam. Lipids are a class of compounds uniting the properties of low solubility in water. Like ethanol they damage the foam by disrupting the cosy arrangements of proteins and bitter acids in the bubble wall. Malt contains quite a lot of lipid, but as it is soluble very little is extracted into work. It always trends to be lost through the process of associating it with other insoluble like spent grain, yeast, filter aid, etc. Consequently, poor foam beer should seldom be due to the presence of acid from the malt.

A beer with a relatively low level of foaming polypeptides may not necessarily display poor foam, provided the other positive factors are present & there is no lipid present. A beer replete with protein, bitter acids and nitrogen will probably withstand the effects of lipid by a better degree than one deficient in any of these factors. And perhaps even more important than these chemical factors are the physics, “Small bubbles are best bubbles”.

The Brewing Process in Relation to Foam:

What are we to make of the malting brewing process in relation to foam?

How to Measure Foam

Over the years a substantial number of methods have been proposed for assessing the foam stability of beers. This speaks to the complexity of the foam phenomenon, with aspects of foam formation, appearance, retention, lacing and robustness meaning that a single assay is unlikely to address all of these issues. Perhaps the most important of these parameters is foam stability (head retention), for it can fairly be argued that it will not be achieved without foam having been formed in the first place and, in turn, lacing and resistance to damage (aka robustness) will not occur without an inherent perseverance to the head

The best strategy of all is to build robust for foam into the process and establish conditions should lead to excellence in the final product for a sort of HACCP for foam.

Don’t Panic! It invariably happens. Everyone scurries around measuring & changing everything in sight. And then, voilà the problem disappears. It might not have had anything to do with what somebody did, but how do you go about identifying that ‘something’? And if you can’t, how are you going to respond more effectively in the future. 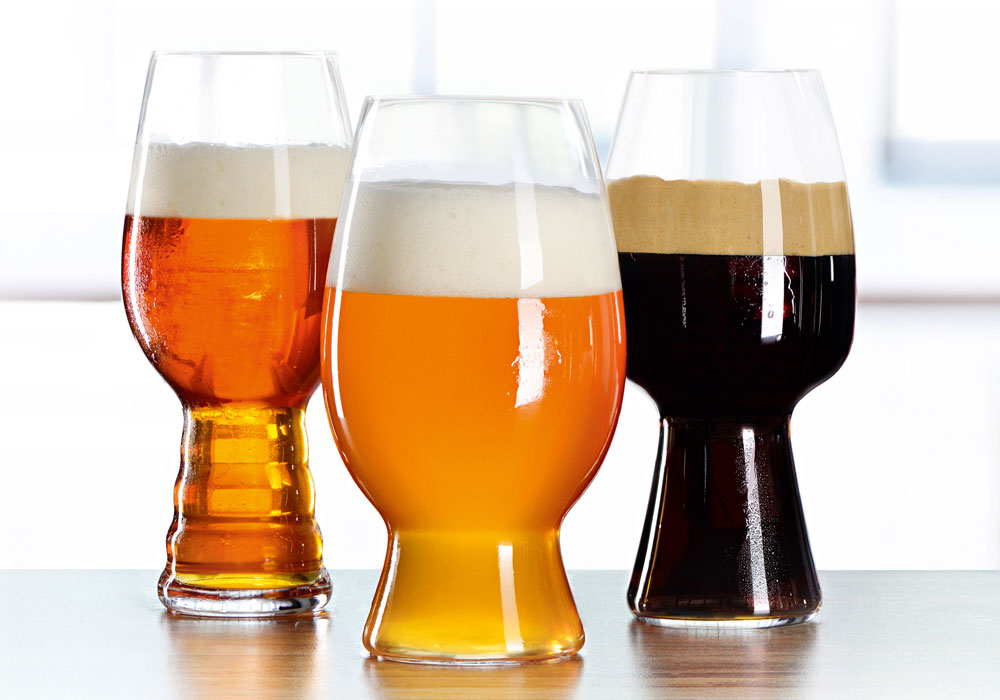 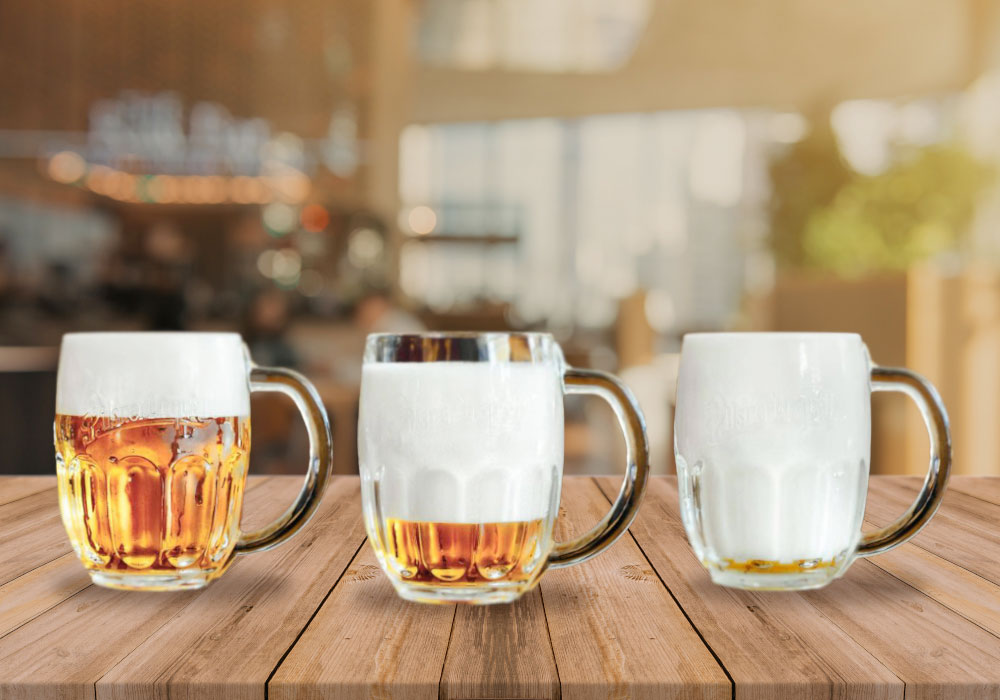 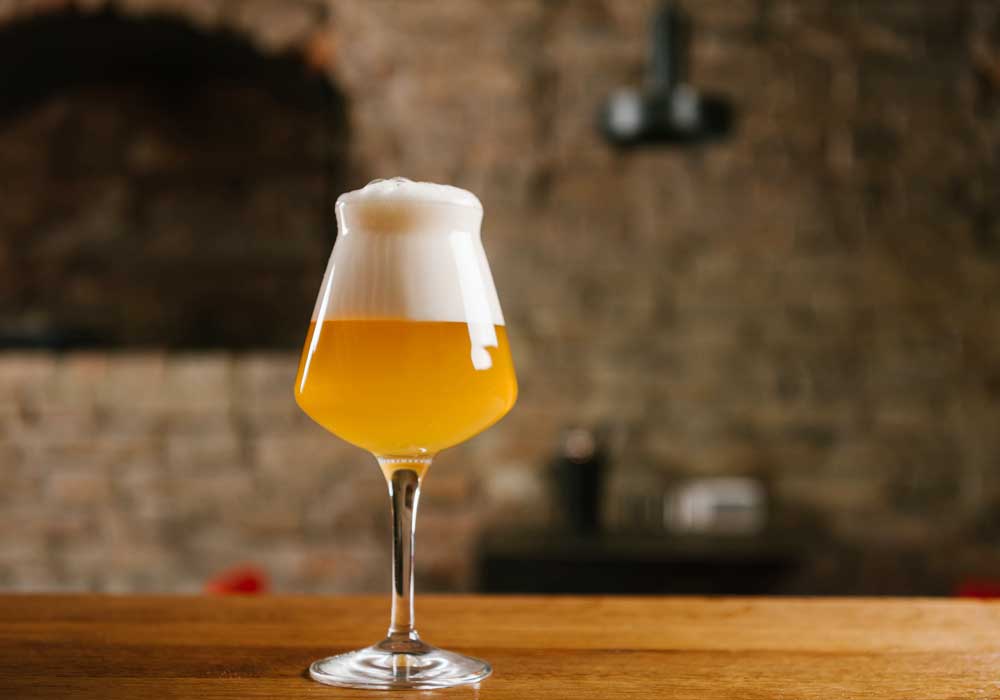 The Science Of Beer Foam