Home / Events  / The Tradition Of Oktoberfest

The Tradition Of Oktoberfest

As we hover over the fall season, a major celebration approaches. Here, brewers brew their beers and prepare the communities around the world for the annual event by decorating their cities with the blue and white chequered flag. Yes, we’re talking about the Oktoberfest.

Oktoberfest is the world’s largest folk festival, celebrated in the city of Munich. It is also the biggest construction site in Munich, Bavaria recurring every year. Even though the festival lasts about 16 days, the entire construction on Munich’s Theresienwiese takes more than 70 days. Every year, visitors desperately wait to watch Munich’s Mayor tap the Oktoberfest beers. Bets are made to decide the best performance with the least amount of strokes involved. So far, the best performance stands at just two strokes and the worst – 19 strokes. 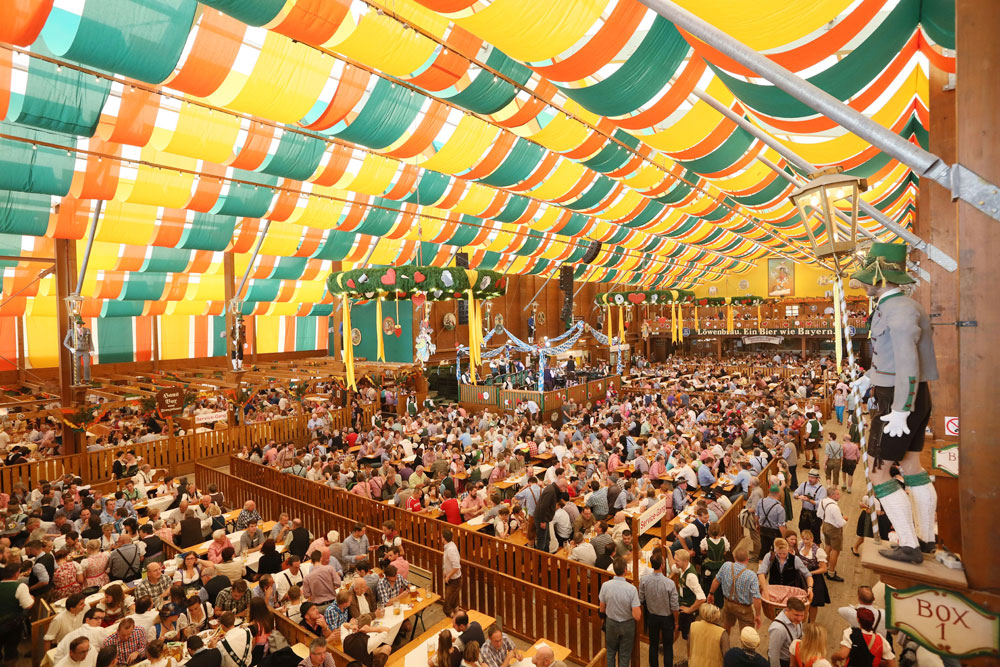 Inside the Oktoberfest tents

Crown Prince Ludwig, who later went on to become King Ludwig I, married Princess Therese of Saxony-Hildburghausen on 12th October 1810. During this time, the people of Munich were invited to attend the festivities held on the fields, to celebrate the royal event. This field was later named Theresienwiese which translates into “Theresa’s fields”, to honour the crown princess. The locals, most often, call it the d’Wiesn. 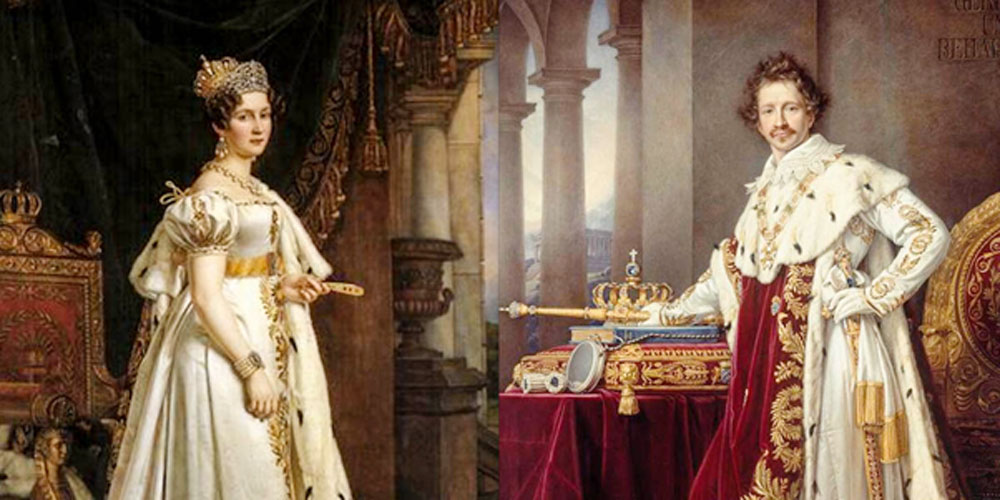 As a part of this, horse races were held on 18 October to honor the newlyweds. It also marked the close of the event that was celebrated as a festival for the whole of Bavaria. The decision to repeat the horse races and the celebrations in the subsequent year, eventually gave rise to the tradition of the Oktoberfest.

A timeline of all the major events

What makes the Oktoberfest special, other than the trademark? A Stein full of beer of course! Traditionally speaking, Oktoberfest beers, dubbed Märzen, are dark-colored lagers brewed to about 5.5 – 6% ABV in March and slowly fermented throughout the summer months to allow the beer to pick up rich malt flavours. 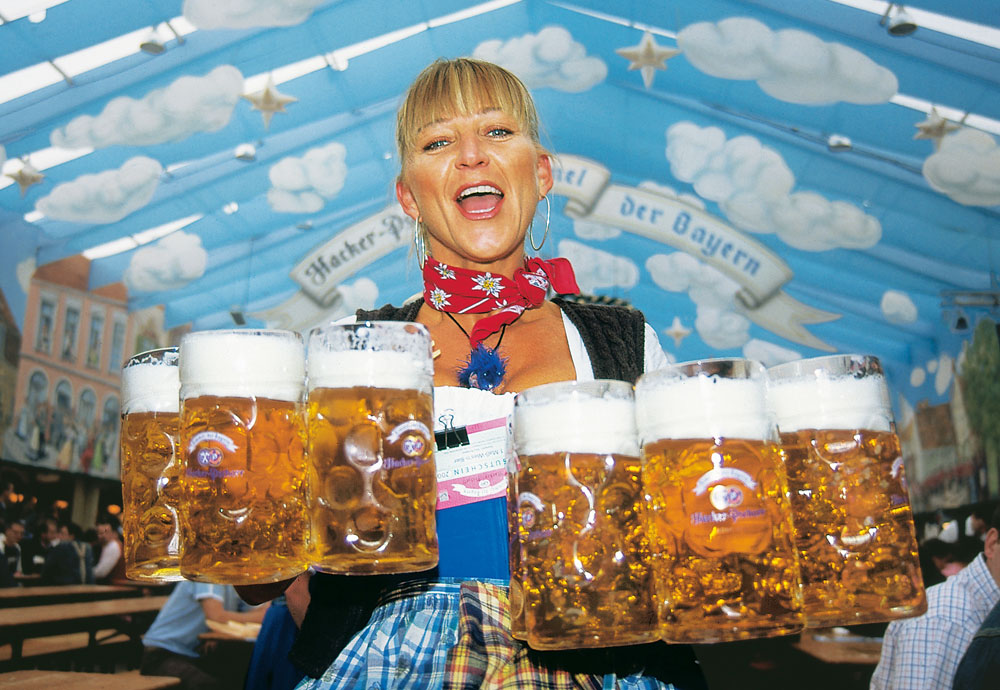 The rules of Oktoberfest demand that during the festival, beers served must only be produced from the breweries in Munich, Germany. It is to ensure that Oktoberfest still remains a traditional Munich event in the future. Oktoberfestbier® is a registered trademark and it is held by the Club of Munich Brewers. Augustiner-Bräu, Hofbräu-München, Hacker-Pschorr-Bräu, Löwenbräu, Spatenbräu and Paulaner are 6 breweries that meet these criteria. 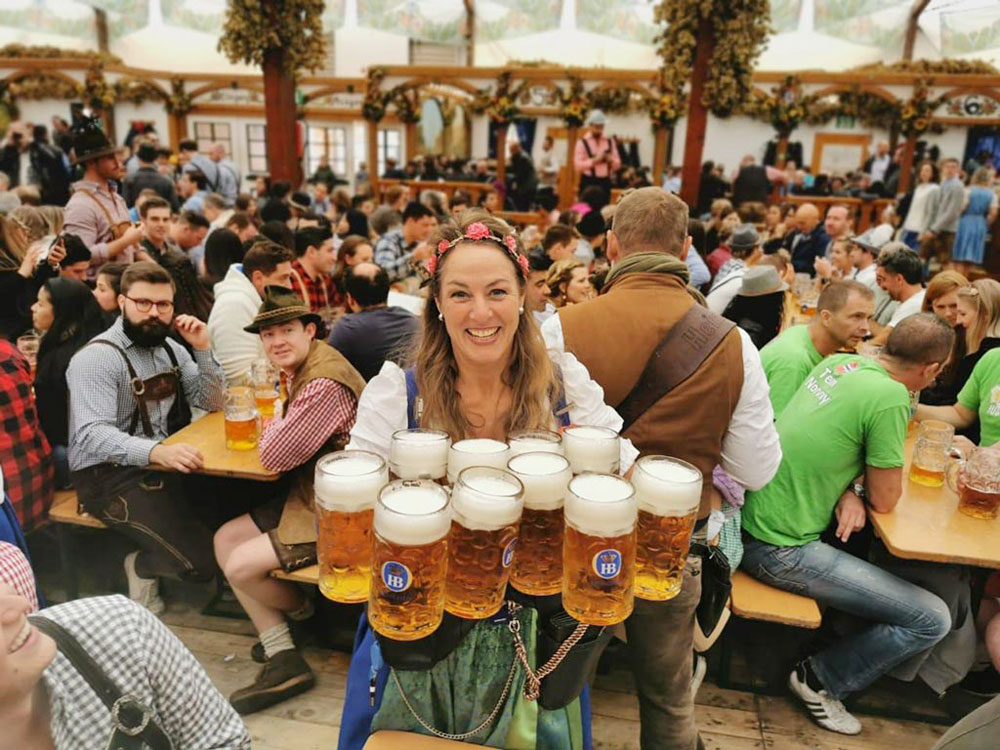 A lot has changed in the brewing world, and therefore today’s Oktoberfest Beer has become paler than what it used to be, at least when produced by previously mentioned Munich brewers. Different versions of beer styles have existed for Oktoberfest over the years. It started off with a traditional Märzen and transitioned into a Vienna style lager during the year 1872. More recently, a golden coloured lager, called Festbier, has come into existence and was adopted as the standard festival beer.

Oktoberfest is not only about beer, singing, dancing or fair attractions. It is just incomplete without the German food specialities. Some of the popular Oktoberfest items are half roast chicken – also known as Brathendl, Bratwurst, Currywurst, Schnitzel, Weisswurst, Sauerkraut etc.

Oktoberfest is held from mid September to the first Sunday of October. Due to the COVID-19 pandemic, the festival is called off in 2021 for the second consecutive time. Despite the original event being called off, many places around the globe are still honouring the tradition by brewing Märzens or Festbiers and curating a special German food menu. More on this, later.

Have you been to Oktoberfest in Munich, Germany? Let us know in the comments section below. Próst!