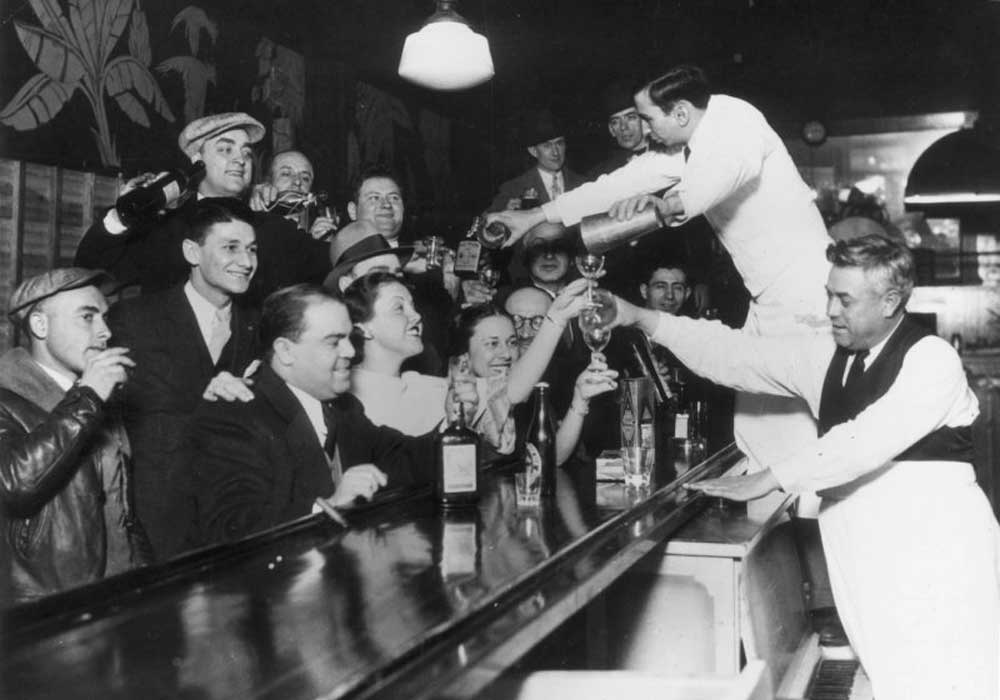 Often regarded as the world’s oldest prepared and recorded drink that dates back to as early as 9500 B.C. when cereal farming was first discovered, beer is celebrated by people from all nationalities. From Oktoberfest, Germany’s mega annual beer-infused volksfest to Singapore’s Beerfest Asia to the Great British Beer Festival that’s officially recognised as U.K.’s largest trade and consumer beer-centric show – every country has a list of holidays dedicated to this delicious, frothy drink.

Likewise, America too has its own dates to mark its appreciation for the world’s third most widely consumed beverage. This week, particularly, the United States celebrates National Beer Day. Observed on the 7th of April every year, most people think of National Beer Day as an annual event when breweries serve limited small batches and lure in customers with special deals.

However, the story behind America’s National Beer Day runs a little deeper than that.

The American Prohibition: A Noble Experiment 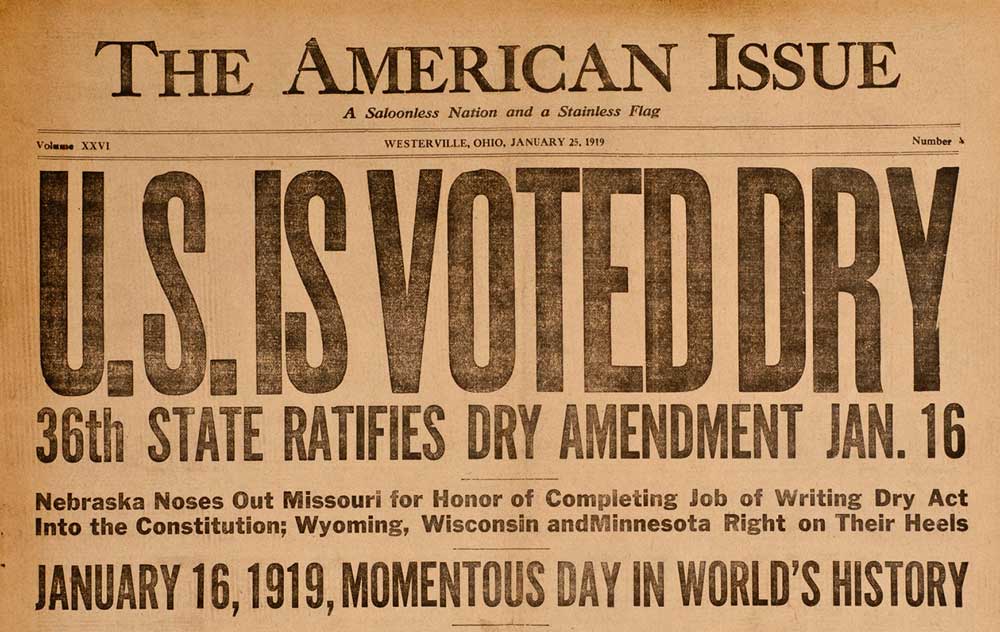 The ratification of the 18th Amendment. Picture source: PorchDrinking

On December 18th, 1917, the U.S. Congress proposed the Eighteenth Amendment, better known as the American Prohibition – which prohibited the sale, transportation and production of alcohol in the U.S. (ratified on January 16th, 1919) with the belief that it would ameliorate poverty and other societal issues.

The Prohibition came with its own set of problems. According to Ken Burns’ documentary Prohibition, supporters of the prohibition made the grave mistake of assuming that the sale of clothing and household goods would skyrocket. Since the drinking saloons were all forced to shut down, real estate developers and landlords, too, assumed they could charge higher rent rates since people would save more money. 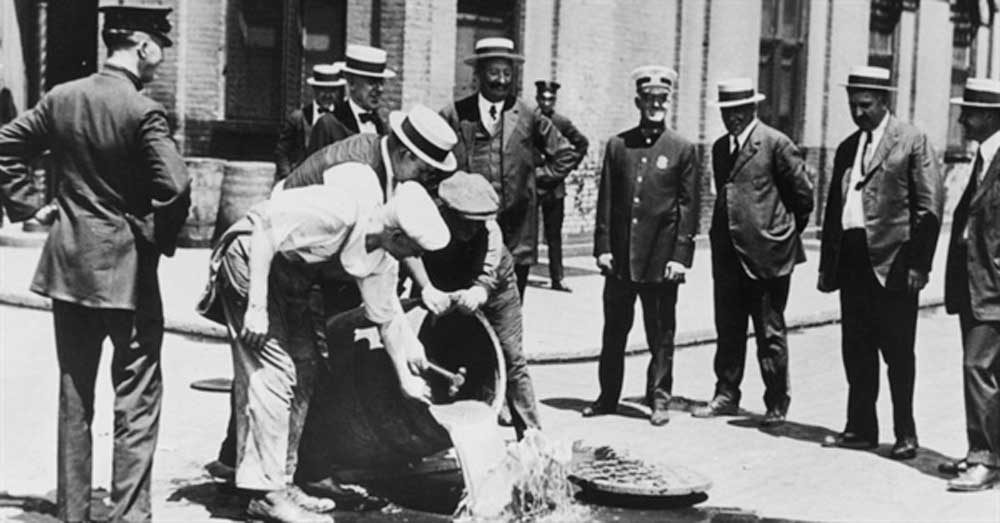 What really happened was the Prohibition proved to cause a decline in amusement and entertainment industries as neither could make a profit without legally selling alcohol.

Thousands of jobs were lost on account of closing down breweries, distilleries and saloons which, in turn, led to the elimination of a thousand more jobs for barrel makers, truckers, waiters, and other related trades.

The Prohibition led to states losing out on excise tax revenue (did you know New York derived almost 75 percent of its revenue from alcohol taxes?) and on a national level, cost the federal government a total of $11 billion. 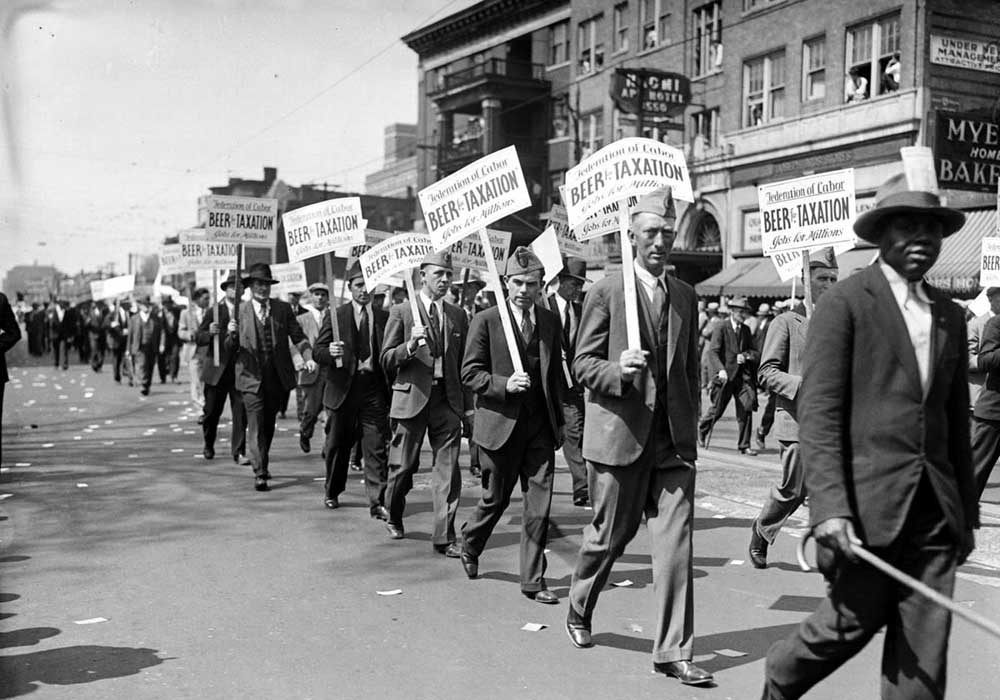 Beer for Taxation parade, 1932, advocating for legalisation of beer and the return of the beer industry’s many jobs and tax revenue. Picture courtesy: the Walter P. Reuther Library, Archives of Labor and Urban Affairs, Wayne State University.

On the public health front, while alcohol consumption and alcohol-related arrests had surely dropped by 30 percent, the Prohibition also triggered the rise of bootlegging gangs who supplied the people who still wanted to drink (Al Capone, sometimes considered as the most famous gangster in this time, made $60 million thanks to his alcohol enterprise). Bootleg liquor consumption caused blindness, paralysis and an estimated national average of 1000 deaths per year.

America was drowning in gang violence – in addition to having to live with the Great Depression that came about during the late twenties. Support for Prohibition started waning and in 1932, Democratic presidential nominee Franklin D. Roosevelt called for its repeal. 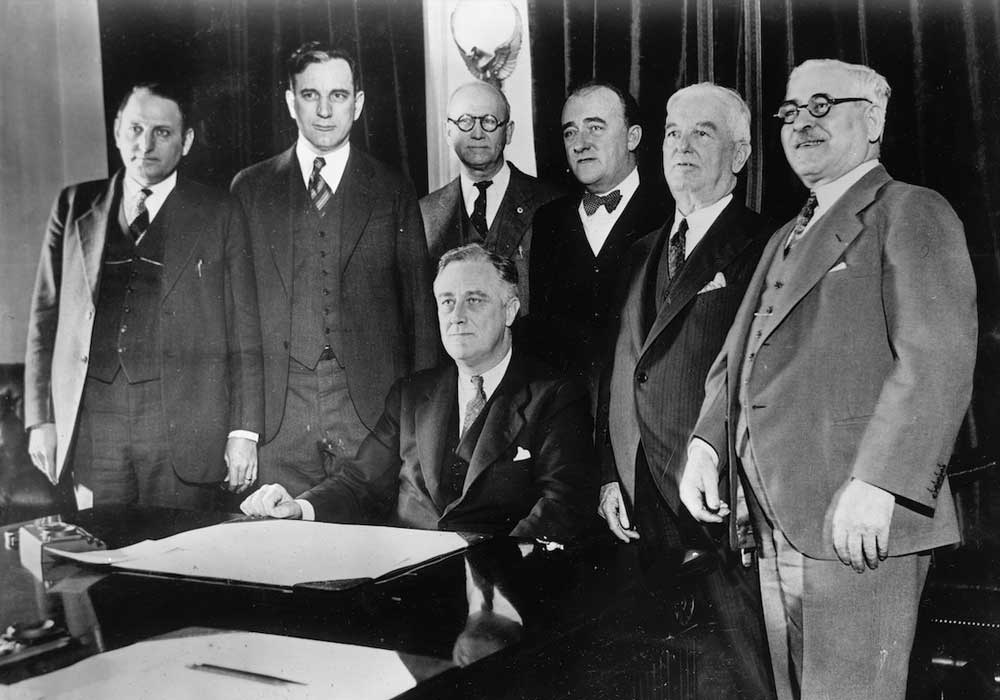 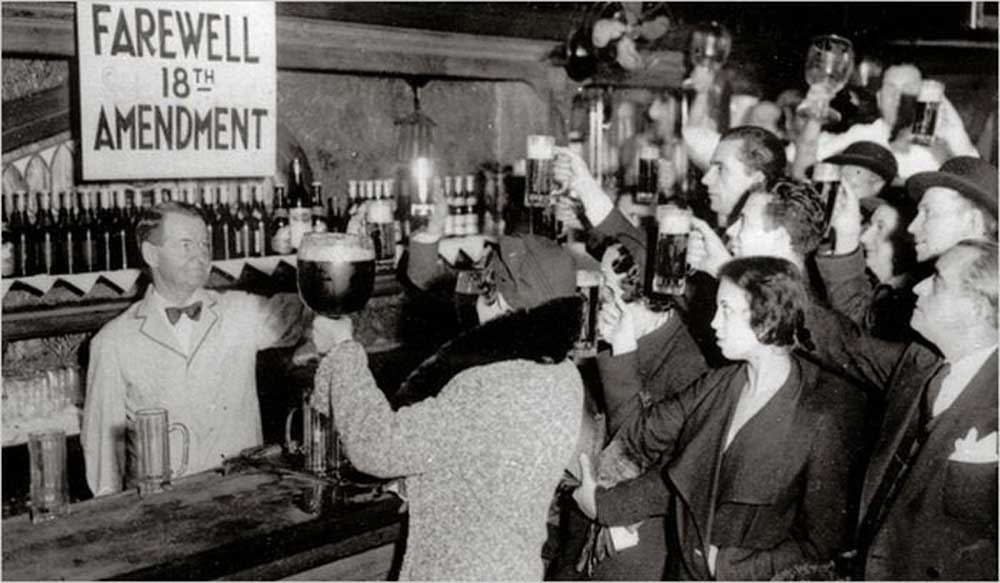 Citizens flock to a local bar to celebrate the end of Prohibition with beer. Picture source: Time Magazine

Upon signing the legislation, Roosevelt made his famous remark, “I think this would be a good time for a beer.”

In 2009, Smith and Connolly created a National Beer Day Facebook page. From this page, they invited friends to join, and word spread!

And that’s why, every year on the 7th of April, America celebrates National Beer Day by grabbing some pints with their best buds or kicking back limited beers available at their local microbreweries. It’s also a good day to explore a new style or flavour – or better yet, to learn the art of beer and food pairing!