Home / Brewing Business  / Solera Brewing Technique: What You Need To Know About It

Solera Brewing Technique: What You Need To Know About It 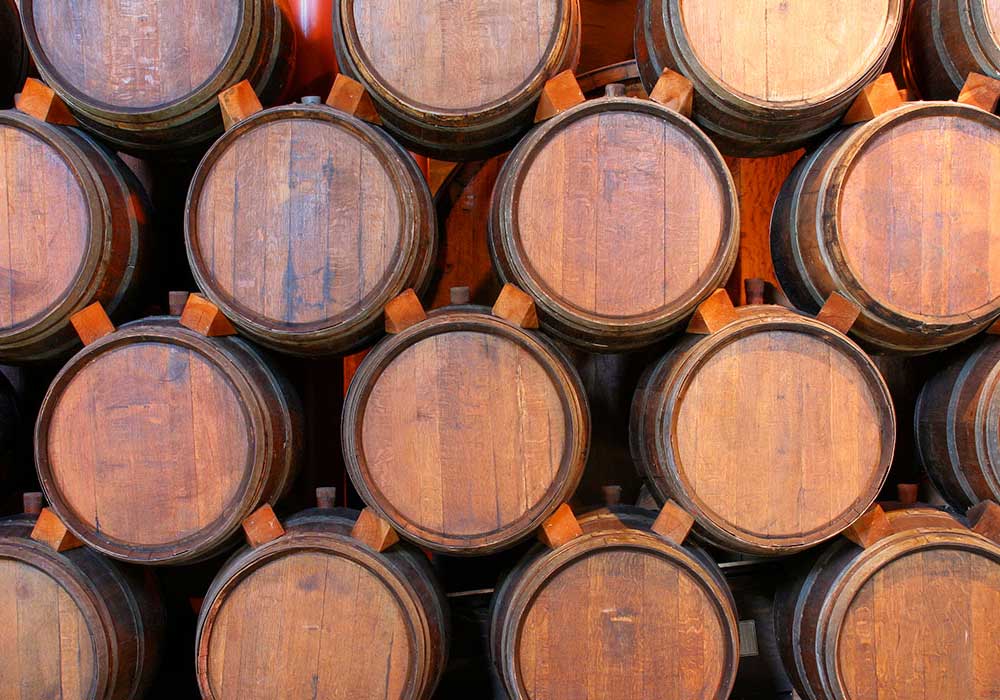 Solera brewing is a beer-making process that dates back hundreds of years. The term ‘solera’ is used to describe a system of aging in which batches of liquid are funneled into vessels, traditionally oak barrels or casks, at various stages. The base layer of the structure is the solera, a word stemming from the Spanish ‘suelo’ that means ground, floor, or soil. The next stage is the ‘criadera’, a set of barrels above the solera; and atop the criadera is sometimes called the sobretables. Each time a new batch of liquid is produced, a portion from the bottom is emptied, filled back up with contents from the stage above it, and so on. The first recorded use of the solera method by American brewers traces to Ballantine Burton Ale, in the 1930’s but discontinuing in the late 1960s. Nearly 40 years later, big-name craft brewers launched special limited-edition beers using solera techniques.

Traditionally, this process includes containers filled with the product over a series of equal aging intervals that is usually about a year long. A group of one or more containers that are usually called ‘scales’ or ‘criaderas’ are filled for each interval. At the end of the interval after the last scale is filled, the oldest scale is tapped for a part of its content which is bottled. Then that scale is refilled from the next oldest scale, and that one in succession from the second-oldest, down to the youngest scale, which is refilled with new product. This procedure is repeated at the end of each aging interval. The transferred product mixes with the older product in the next barrel. No container is ever drained, so some of the earlier product always remains in each container. 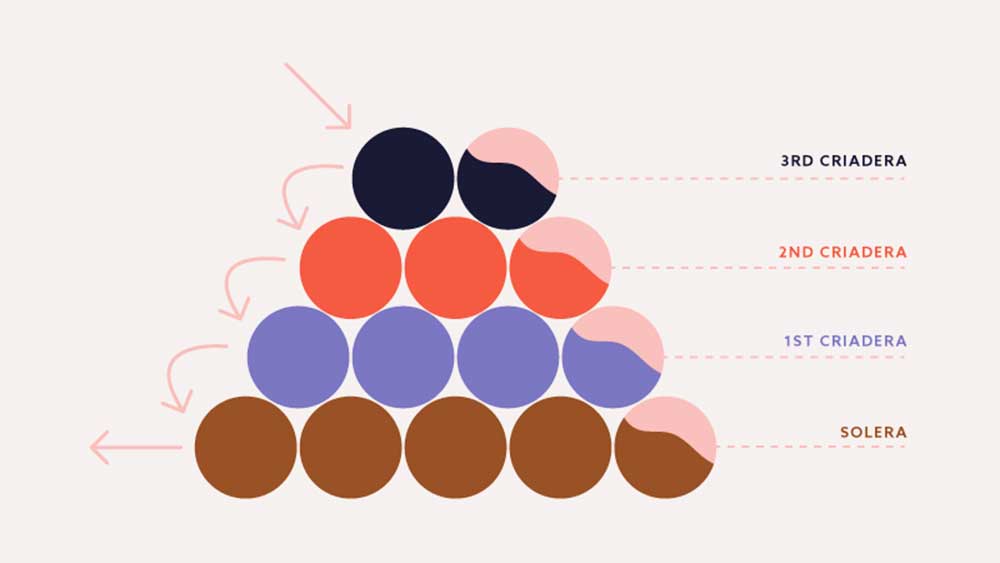 Applicable to a wide range of beers including sour ales, barley wines, and strong lagers, a solera enables the consistent creation of complex beers with significant aged characteristics otherwise unattainable in most small production breweries. The process involves drawing off a quantity of the beer from the solera at set intervals and refreshing the casks with slightly younger beer of the same style from the criadera. The final product should come specifically from the oldest casks, with each level then replenished by the next oldest, regardless of the number of scales in the system. In working the scales of a solera, the brewer seeks to maintain an even distribution when topping up each older level.

Therefore, if 50% of one barrel is removed, an equal amount from each barrel in the next scale is drawn out to total the volume extracted from that individual older barrel. This process is then repeated for each barrel of every level in the solera. If this is not done, significant variations can occur in the development of the individual casks.

Solera brewing is particularly well suited to sour beers and other mixed-fermentation experimental ales that benefit from the method’s ultimate result of complexity and consistency. For sour beer, a single-stage system now is used by most Solera breweries and has been found to be an excellent way to continuously make the beer more quickly than conventional barrel aging, with greater depth, and with a wild culture mixture that slowly evolves over time. The tapped beer is replaced by the house base beer which is brewed separately and moved to the Solera. Brewing with a Solera system is more an art than a science. The barrels in the system used for blending age at different rates depending on elements such as the aggressiveness of the cultures in the barrels, weather and temperature.

One challenge for the brewer employing a solera is the intensive labor required to maintain a proper blending technique, particularly when topping up barrels because of evaporation. However, despite its labor-intensive nature, over time, solera brewing is a more effective way to brew a consistently complex product. Solera Brewing is able to achieve a constant flow of complexly layered, acid-forward beers without the long wait. Solera beer is a creative contradiction to modern tastes, a time-consuming pursuit that can’t be rushed or swiftly changed. As both experiments and creative expressions, no solera beer can be replicated, making this emerging category the apex of craft beer art and science.