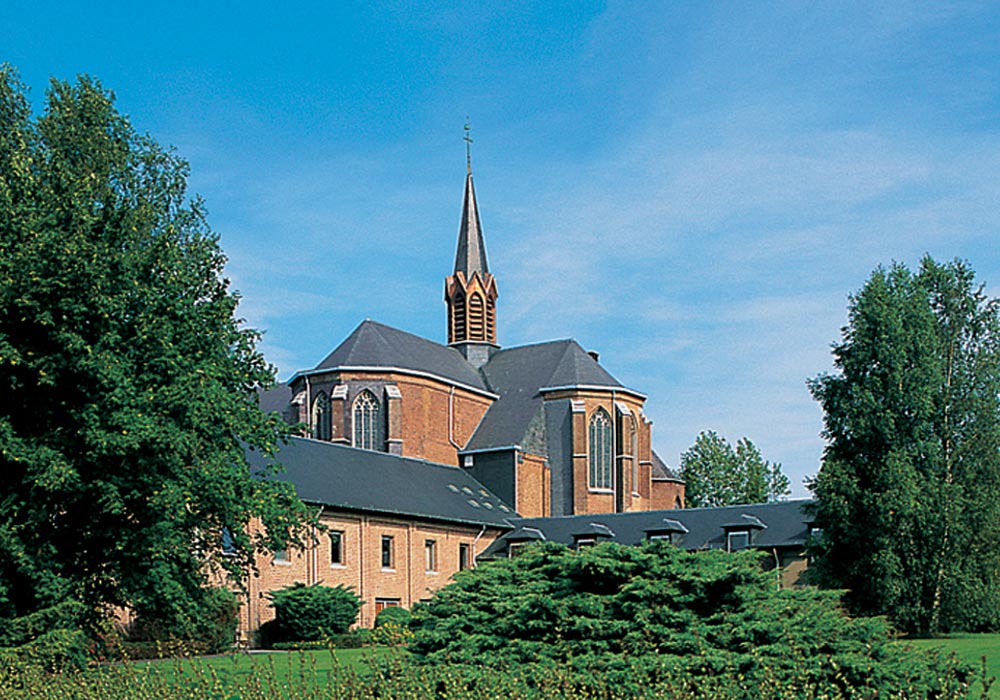 As beer styles continue to evolve it’s easy to identify there are hundreds of documented beer styles and a handful of organizations with their own unique classifications. Understanding the sensory side of beer and help you comprehend the difference between a beer type and a beer style. So, what about a Trappist beer? Trappist beers aren’t beer styles, per se, but is classified on how the beer is brewed. In terms on styles, trappiest beer are generally classified as Dubbels or Tripels. Nowadays, Trappist abbeys do not restrict themselves to just brewing a classic Dubbel and Tripel. Often lighter versions, called ‘Enkel’ (‘only’ or ‘exclusive’) which are brewed for consumption within the abbey walls.

What Classifies a Beer of Trappist Origin?

The Trappist order originated in the Cistercian monastery of La Trappe, France. The Trappists, like many other religious orders, originally brewed beer to feed the community, in a perspective of self-sufficiency. Nowadays, Trappist breweries also brew beer to fund their works and charitable causes. Many of the Trappist monasteries and breweries were destroyed during the French Revolution and the World Wars. As of June 2018, 12 Trappist breweries are active—six in Belgium, two in the Netherlands, and one each in Austria, Italy, the United States and England. In 1997, eight Trappist abbeys-six from Belgium (Orval, Chimay, Westvleteren,

Rochefort, Westmalle and Achel), one from the Netherlands (Koningshoeven) and one from Germany (Mariawald) founded the International Trappist Association (ITA) to prevent non-Trappist commercial companies from abusing the Trappist name.

Trappist beers contain residual sugars and living yeast, and, unlike conventional beers, will improve with age. For these beers, these criteria are the following:

The Chimay Brewery operating out of Scourmount Abbey, Belgium is one of the last remaining 12 breweries worldwide that produce the ever renowned trappiest beer. Using water from wells inside the monastery, filtered solids from the beer mash are recycled into livestock feed which is given to the same cows that produce the milk for Chimay cheeses, all profits go towards the maintenance of the monastery itself or towards community charitable social services provided by the monks. Currently available in 4 styles – Chimay Red, Chimay Gold, Chimay Blue & Chimay Triple. 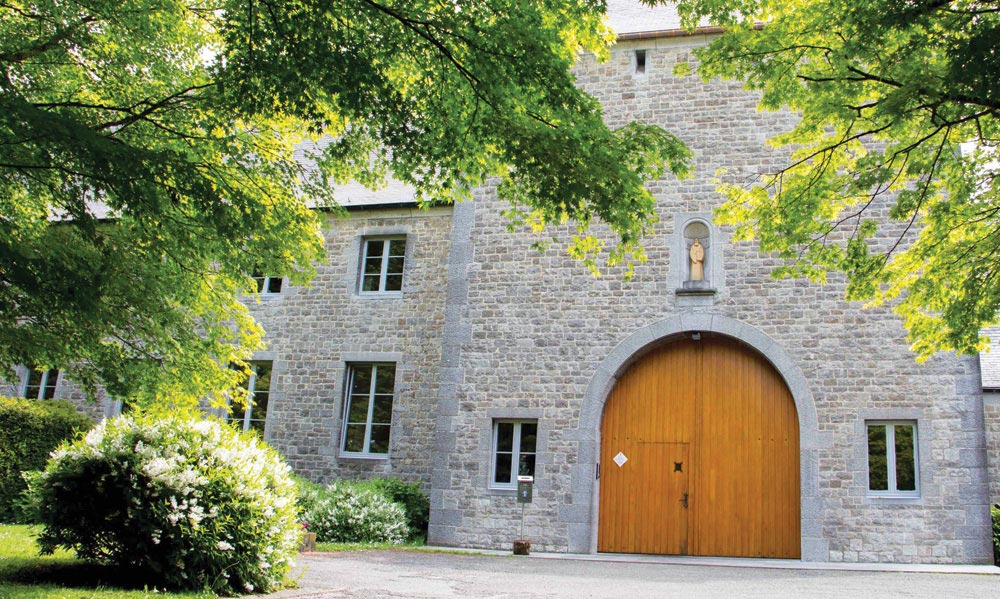 In 1844, Jean-Baptiste Jourdain, the priest of Virelles, suggested establishing a monastery on the wild plateau of Scourmont and obtained support for the proposed foundation from Prince Joseph II de Chimay. During the summer of 1850 17 monks from Westvleteren settled on Scourmont and built a monastery.

A farm was created around the monastery, as well as a cheese-making factory and a brewery. For many years, the work of the monks was essentially the cultivation of the fields but, in the modern era, this was extended to small industries of food production and so, for several centuries now, they have brewed beer and manufactured cheeses.

The Abbey guarantees respect for an essential value – Ethics. Which can be observed through the marketing and production of beer & cheese by the following means –

A true art of Trappist brewing and cheese-making was built at the Abbey over the years, with the Chimay products becoming world famous. 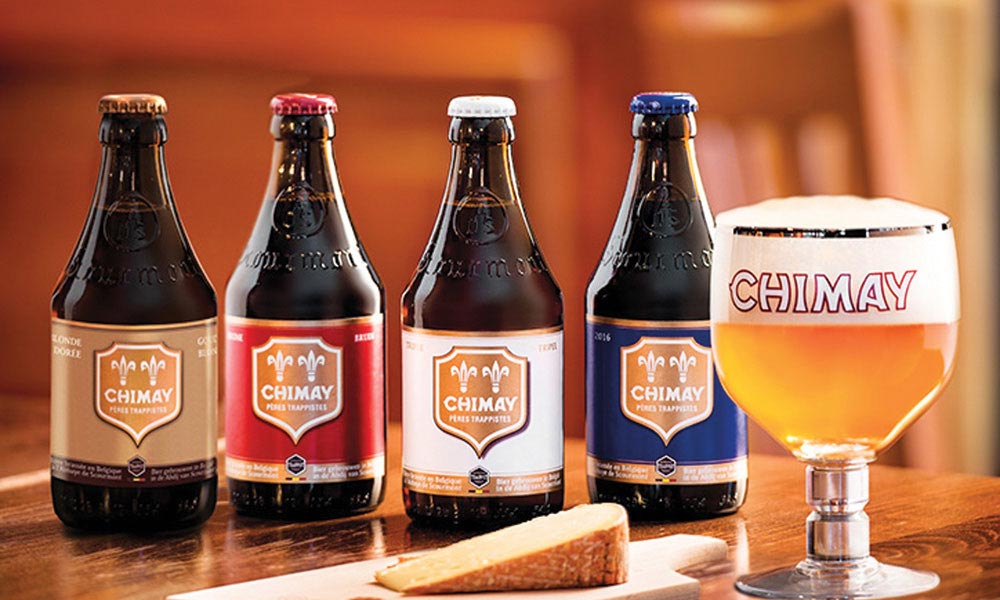 Chimay is one of the select groups of Trappist breweries, based on 100% natural products by the method of top fermentation, followed by a re-fermentation in the bottle, Chimay beers are neither filtered nor pasteurized. In addition, the water and yeast of the Scourmont Abbey are safeguarded resources. In 1862, Chimay became the first Trappist monastery to release its beer to the public.

Belgian brewing scientist Jean De Clerck and Father Theodore were appointed by the monastery to take charge on the re-building of the new brewery at the Abbey, as the old one had been wrecked in the aftermath of WWII. In 1948 Father Theodore isolates unique yeast cells that still form the basis of brewing Chimay beers today.

Chimay Red, also known as Chimay Premiere is the oldest of the Chimays, developed in 1948 by Father Theodore. A dubbel style ale with a huge depth of flavour with dark notes of Yellow Fruits, Raisins, Peaches & Apricots.

The monastic community develops a Christmas beer that is now known as Chimay Blue Cap. The strongest of the Chimay Range of beers. Originally brewed as a Christmas beer in 1948, this dark ale has rich flavours of spices and caramel, with a smooth palate and warming finish. The Chimay Bleue has an intensely dark brown colour from its sweet brown sugar characters with fruity malts and Belgian yeast that highlight a fruity spicy; teasing the tastebuds with notes hints of dates, pear, strawberry and toffee malt.

Chimay Grand Réserve was launched in 1982 and stands out because of the notes provided by additional fermentation in wooden barrels. The vintage beer has with mild notes of vanilla, and revels a woody aroma highlighting bananas, pear and apricot. From 2016, Chimay has introduced 3 limited editions of the Grand Réserve; Cognac Edition (2016) Rum Edition (2017) Whisky Edition (2018).

Father Théodore created the ‘capsule blanche’, now better known under the name of Chimay Triple. This brew is Chimay most recent creation labelled ‘Cinq Cents’. The Chimay Triple is brewed with wholly natural ingredients: water, barley malt, winter barley, hops and Chimay’s own house yeast. A fairly sweet beer, with fruity pears up front and a super light effervescent body that brings out hints of hops and spicy herbs.

Brewed in the 19th century, this beer was historically not sold for public consumption, and joined the market in 2015 under the name of Chimay Dorée. Brewed as a pasterbier, compensating the monks for their work in their brewery. Chimay Dorée is brewed with water from an underground well (-17 m), pale ale malt, Hallertau hops, curaçao, coriander and the Chimay house yeast (used for both the main fermentation and the re-fermentation). 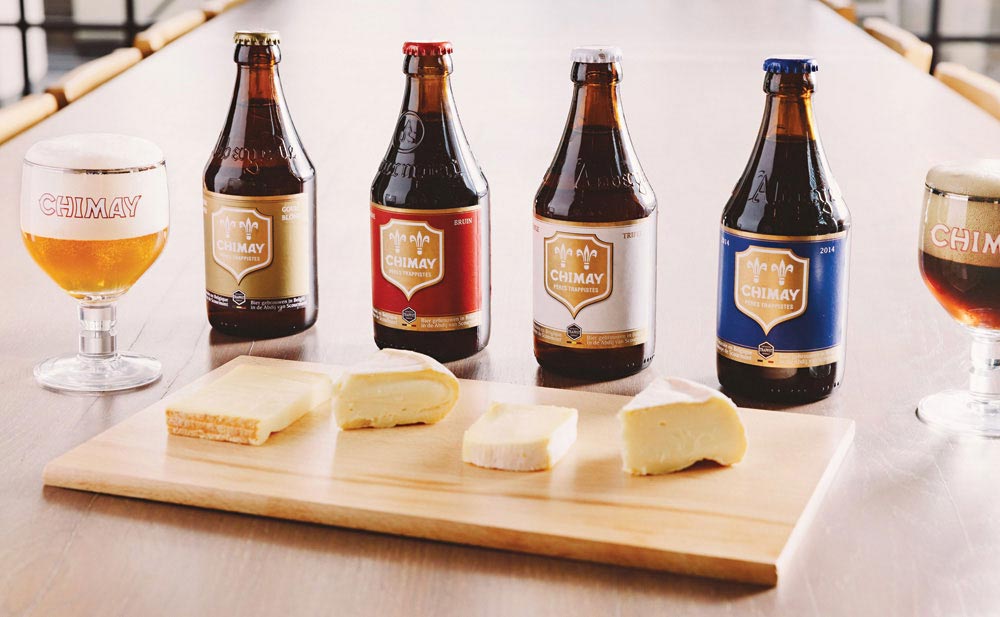 In 1986, the monks launched a new kind of Chimay cheese. Made using fresh, creamy cow’s milk from the region and ripened for three weeks, the resulting cheese tastes of apricots and peaches, with some bitterness and the unmistakable taste and aroma of malt and yeast. Rather than washing this semi-soft cheese in salted water during the ripening process, they washed it in their beer. Though this à la bière method imparted a pungent aroma, its flavour was mild and nutty, with a slight hint of hops and malt. The best way to try these cheeses is, of course, alongside a good Chimay beer, ideally the very same beer that the cheese itself was washed in.

In the 21st century, Chimay is one of the largest employers in the region, with more than 200 employees working & living in the area of the trappiest monastery. Chimay has grown to produce 123,000 hectolitres annually, exporting 50% of that volume to more than 40 countries. Chimay is by far one of the most financially successful of all the Trappist breweries with world-wide distribution, and year-round availability.

Chimay entered the Indian market in 2017, November to mark 70 years of diplomatic relations between the two countries. distributed and marketed in India by New Delhi-based Hema Connoisseur Collections Pvt. Ltd and will be available across selected eight retail outlets in New Delhi, six top hotels, a few restaurants and 18 pubs, including 12 units of Beer Café. 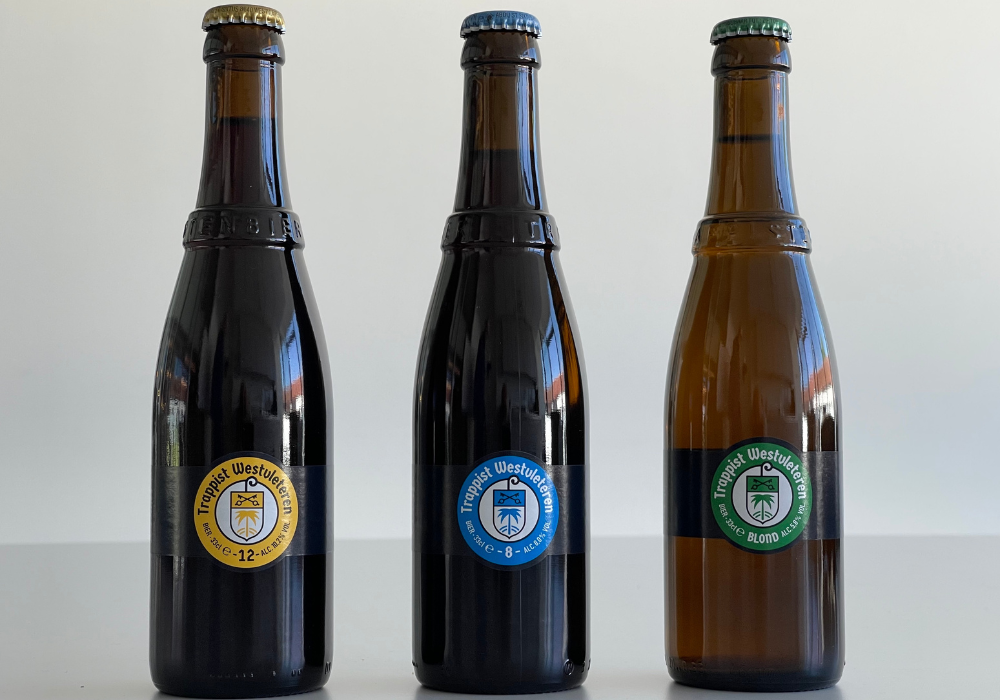